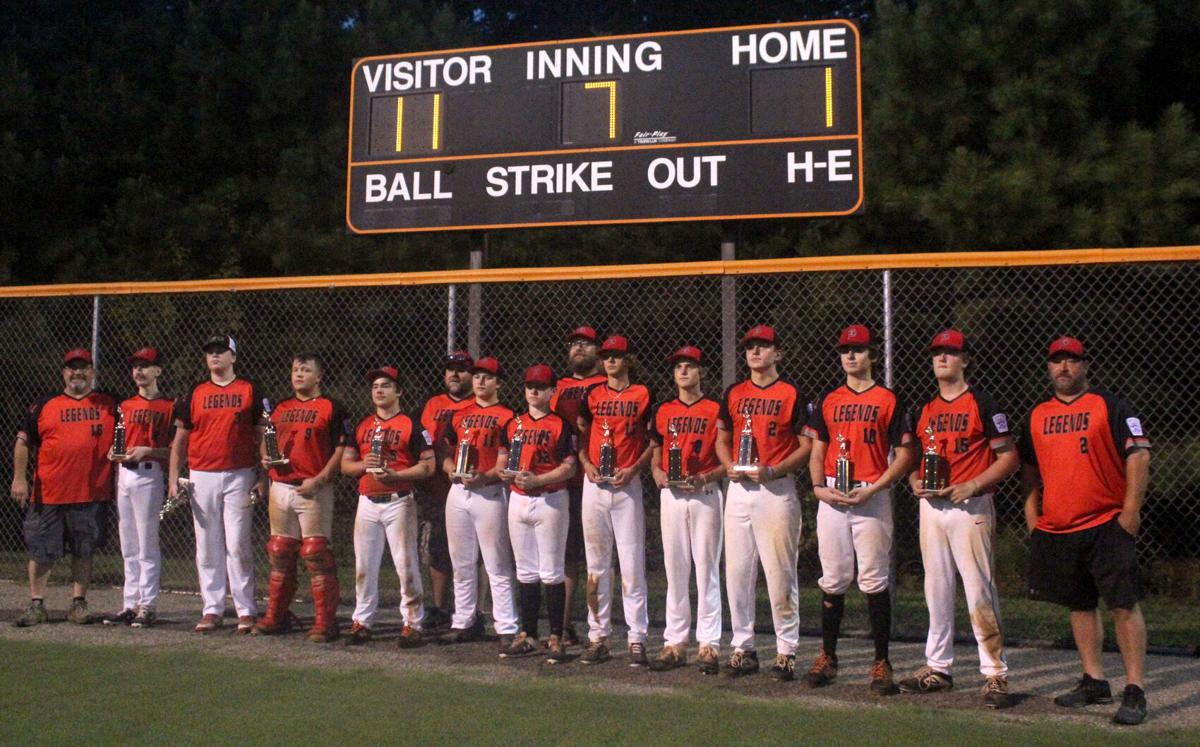 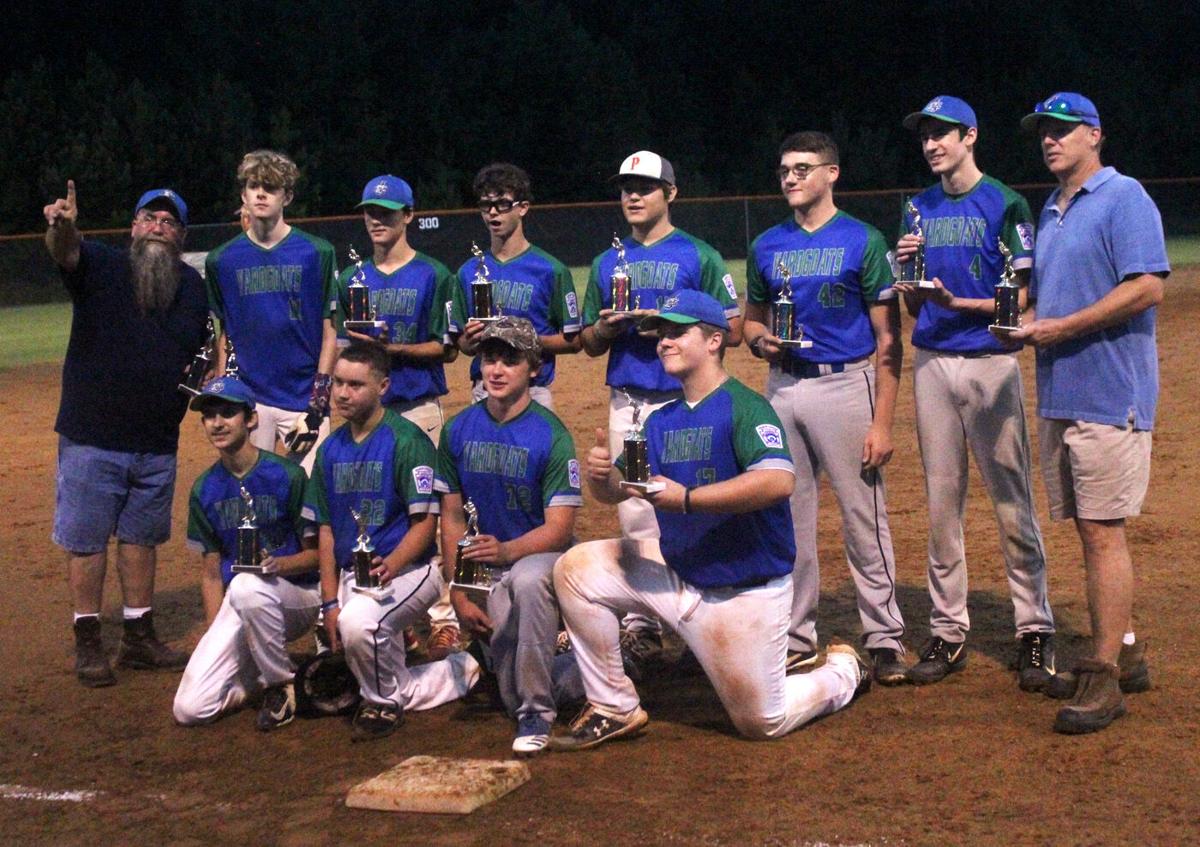 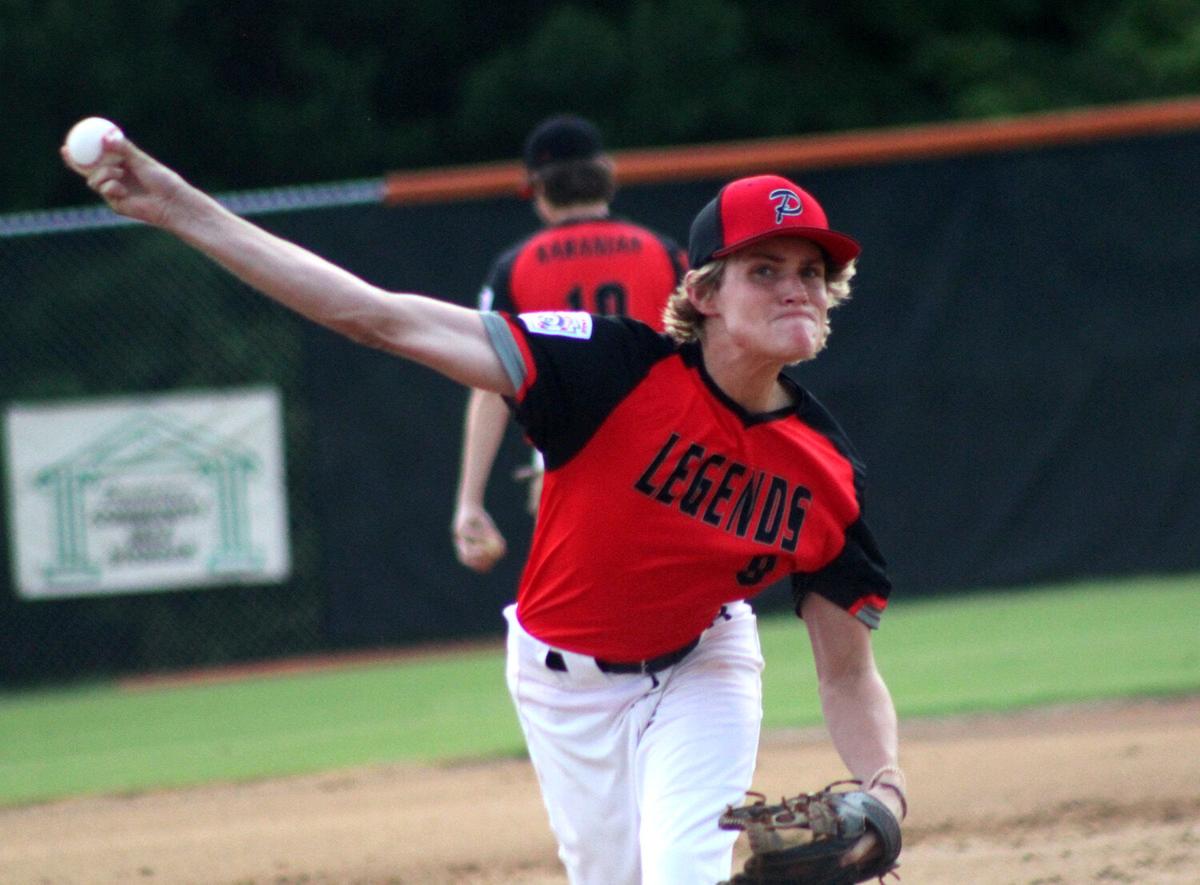 He and his teammates unleashed four runs on five hits in the first half-inning alone, and the Legends continued to pull away to defeat the Yard Goats 11-1 in six innings and become the 2020 Powhatan Little League Seniors tournament champions.

The Legends' lockdown pitching matched the team's fiery hitting. Shiflett threw three no-hit innings to secure the win in the championship round; he faced five over the minimum, walked six batters and struck out six. He said his fastball and curveball – and sometimes his changeup – were working for him tonight. He also batted 2 for 3 with a double and an RBI and scored two runs.

His teammate Will Karanian in the fourth inning smashed a bases-clearing double to the right-center fence to further balloon his Legends’ lead. Karanian overall batted 3 for 4 with three doubles and five RBI and scored one run.

Luke Burkhart, who threw a no-hitter in the Legends' previous tournament game against the Outlaws, batted 2 for 3 with a double that he smacked past the third baseman's glove. He also scored both of his runs in Thursday’s game while sliding. Burkhart in the fifth inning beat the play at the plate after racing home on a wild pitch to score his team's 10th run and put the Legends in position to win the game in the next half-frame via the 10-run mercy rule.

But Yard Goats player Hunter Case broke the Legends' no-hitter in the bottom of the fifth with a single into right field, and James Ramsey added an RBI single on the heels of Case's base hit, plating Fonze Hensley to extend the game into the sixth inning.

Kaleb Lenhart, however, stole second and third bases and dashed home on a wild pitch to score his team's 11th run, giving the Legends a 10-run advantage once more.

Dylan Trevillian in the next half-inning struck out the side to secure the win.

Trevillian and Cyrus Dooley also each hit an RBI single in the opening frame.

Six players who competed in Thursday night’s championship game – Hensley, Eric Hilbert, Michael Leonard, Sam Turner and Josh Weeks of the Yard Goats and Bryce Higgins of the Legends – are aging out of the program. Higgins, who was in the program for 11 years, thought it was cool when Burkhart presented him with two game balls that were signed by the team.

TUCKAHOE - After lacing together three straight hits to seize the lead on a four-run fourth inning, the Powhatan Legends pulled away to win 6-…

MECHANICSVILLE – For public high schools in Virginia, the wait for the cross country season continues. It’s among the fall sports that will in…