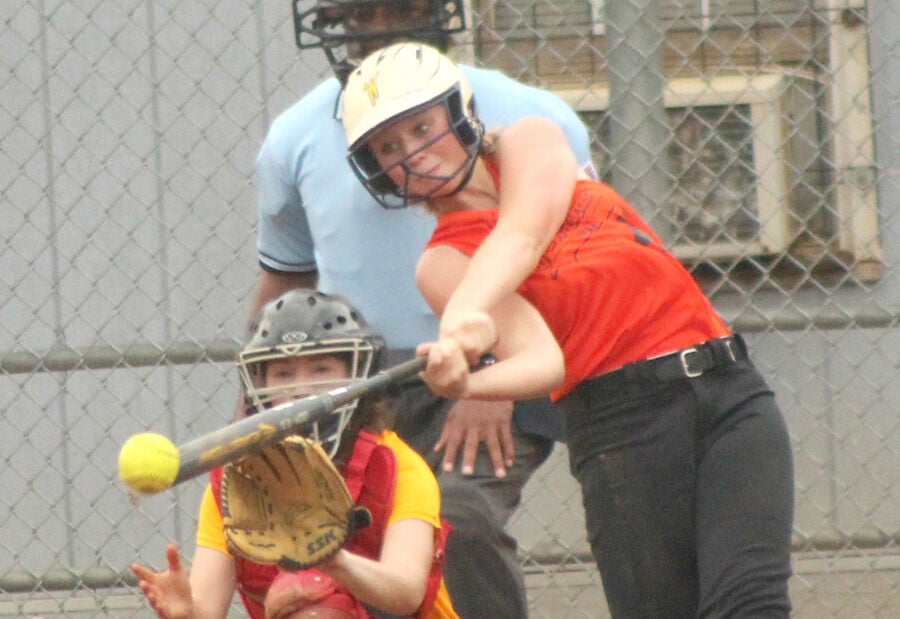 PYAA Belles softball player Olivia Snider hits the ball into play in a district tournament game in Powhatan on July 17, 2020. 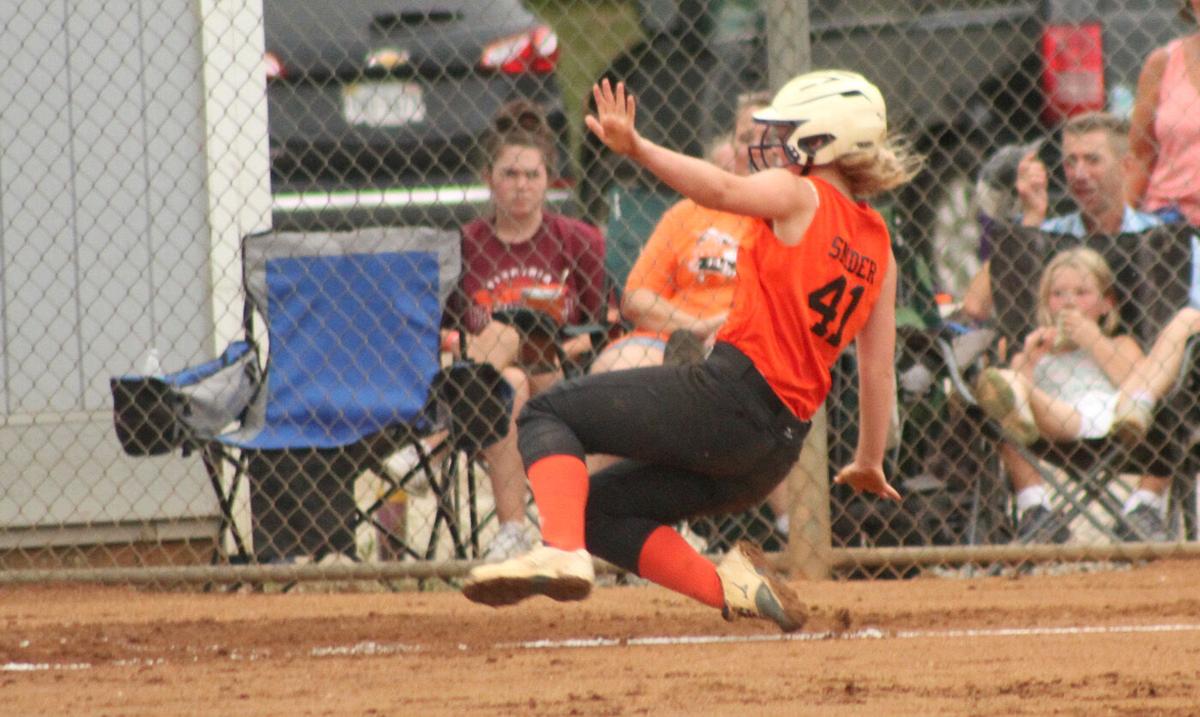 PYAA Belles' Olivia Snider slides into home plate for a run during a district tournament game in Powhatan on July 17, 2020.

It happened a year ago.

Olivia Snider was practicing with her softball team when everything went white. She remembered feeling really dizzy, and she wasn’t able to move her arms and legs. She had a headache and was very confused. She had difficulty talking and breathing. She ended up having to leave the practice in an ambulance.

After a couple more visits to the hospital and conferring with doctors, Olivia was diagnosed with postural orthostatic tachycardia syndrome, or P.O.T.S.

“I was kind of scared,” Olivia, who was then 12 years old, remembered feeling upon hearing the news. “None of us knew anything about it and what it was. We’d never heard of it before.”

A condition that involves the body’s nervous system, P.O.T.S. is usually triggered when a person stands up from a reclining position, and it most commonly affects women between the ages of 15 and 50. The syndrome can cause a wide range of full-body symptoms, with lightheadedness, tremors, exhaustion, fainting and rapid heartbeat all among them.

Because of how P.O.T.S. affects the blood flow to her brain, Olivia has continuously dealt with dizziness, and she went months with a terrible headache that wouldn’t go away. Her body couldn’t control its heat, so she would keep getting hot without cooling down, or she’d keep getting cold without warming up. Stress or nervousness could trigger P.O.T.S. episodes. She had attacks where she’d have a hard time breathing and pass out, and she’d have to go to the hospital because of it.

She was forced to miss her softball and basketball seasons this past year, and because she spent a lot of time in the hospital, she missed being able to spend that time with her friends.

“You get this diagnosis and it’s two-fold: one, all of the physical things that happen to you, and then the other is the emotional part of it – losing softball and basketball and the worry of never knowing when the next P.O.T.S. episode would happen and feeling embarrassed at school,” said Olivia’s mom Lindsey Snider. “Between the two things, they just compounded.”

“It was really tough,” Olivia said. “It was just difficult because everything was different and I didn’t feel the same.”

But things began turning around for Olivia. She started drinking a lot more water, and she feels that’s helped a lot with her headaches and episodes. She drinks a gallon of water a day now. She also takes salt tablets, and both sleep and exercise are said to help, although she couldn’t really do the latter at first.

“It’s almost like a balance thing where she’s got to push herself a little bit each day,” said her dad Randy Snider, “but not too far.”

Lindsey said they’re really lucky that they found a great therapist who is helping Olivia learn how to live with the diagnosis and understand that she can still do the things she loves – she just might have to do them differently.

Getting back into softball was a gradual process for Olivia. She didn’t make it through the entirety of her first practice back, or several practices after that.

“At first I was really rusty, and I had P.O.T.S. episodes a lot, so I’d have to leave early . . . I couldn’t make it through the practice or the games,” Olivia said.

But once she finally made it through the whole practice, she felt really good.

She returned to the softball field this summer with the Powhatan Youth Athletics Association’s Belles and played at the catcher position.

She also recently hit a ball over the fence for a home run in a game.

Now she’s back to where she used to be, and she’s continuing to get better across the board. She still has headaches, but they’re not as bad, and she still gets dizzy, but not as often.

Throughout Olivia’s tumultuous journey, her parents Randy and Lindsey have been there by her side.

“It’s been such a tough year since all of this has started, and she’s been through a lot,” Randy said. “But she’s doing so good, and she works and she pushes herself, and she’s been going to a hitting coach (since she was) 9 years old and she finally comes back this season and hits one over. I’m proud of her.”

She’s also had supportive friends throughout it all. When Olivia spent her 13th birthday in the hospital, her best friend came to see her.

PYAA Belles softball player Olivia Snider hits the ball into play in a district tournament game in Powhatan on July 17, 2020.

PYAA Belles' Olivia Snider slides into home plate for a run during a district tournament game in Powhatan on July 17, 2020.