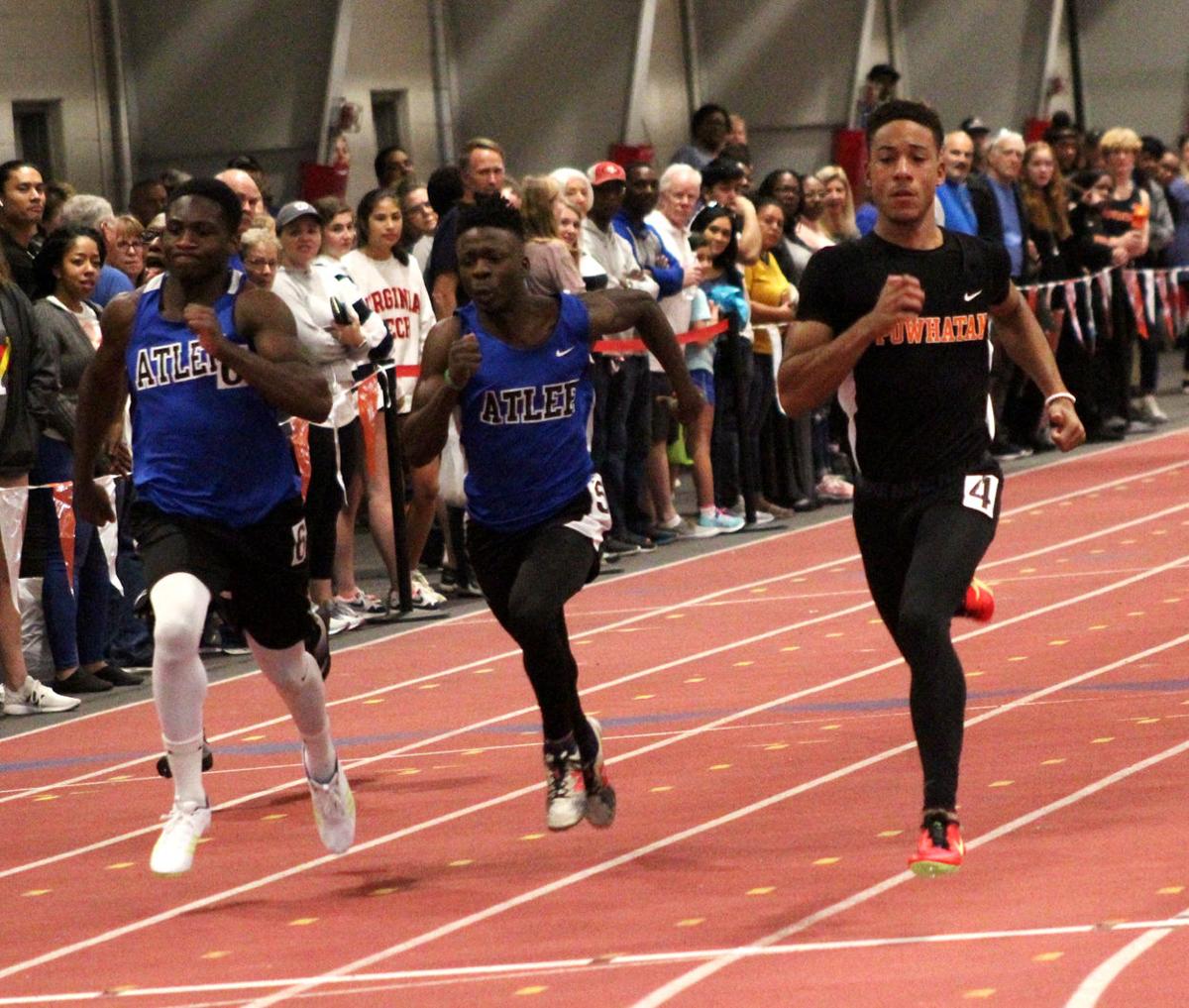 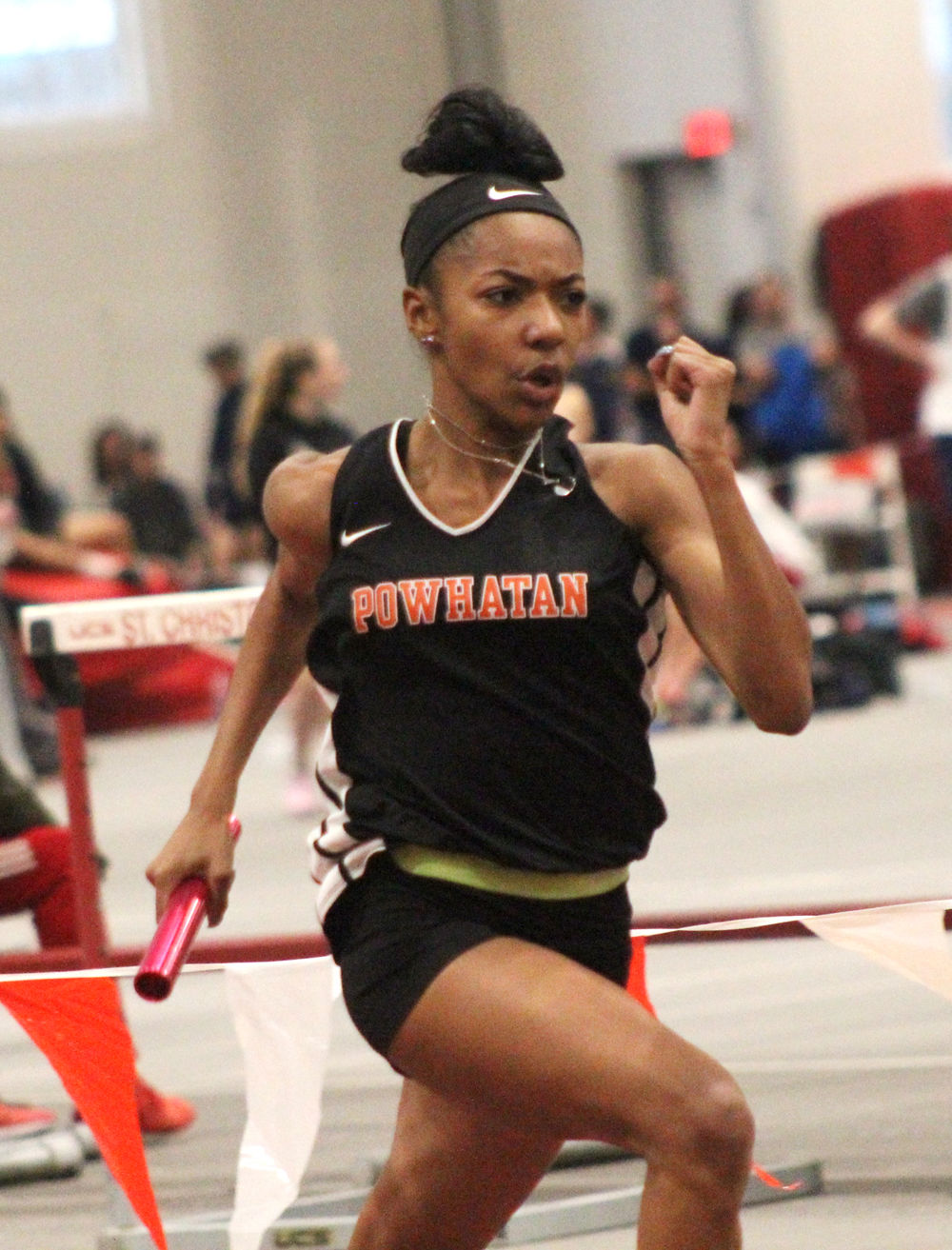 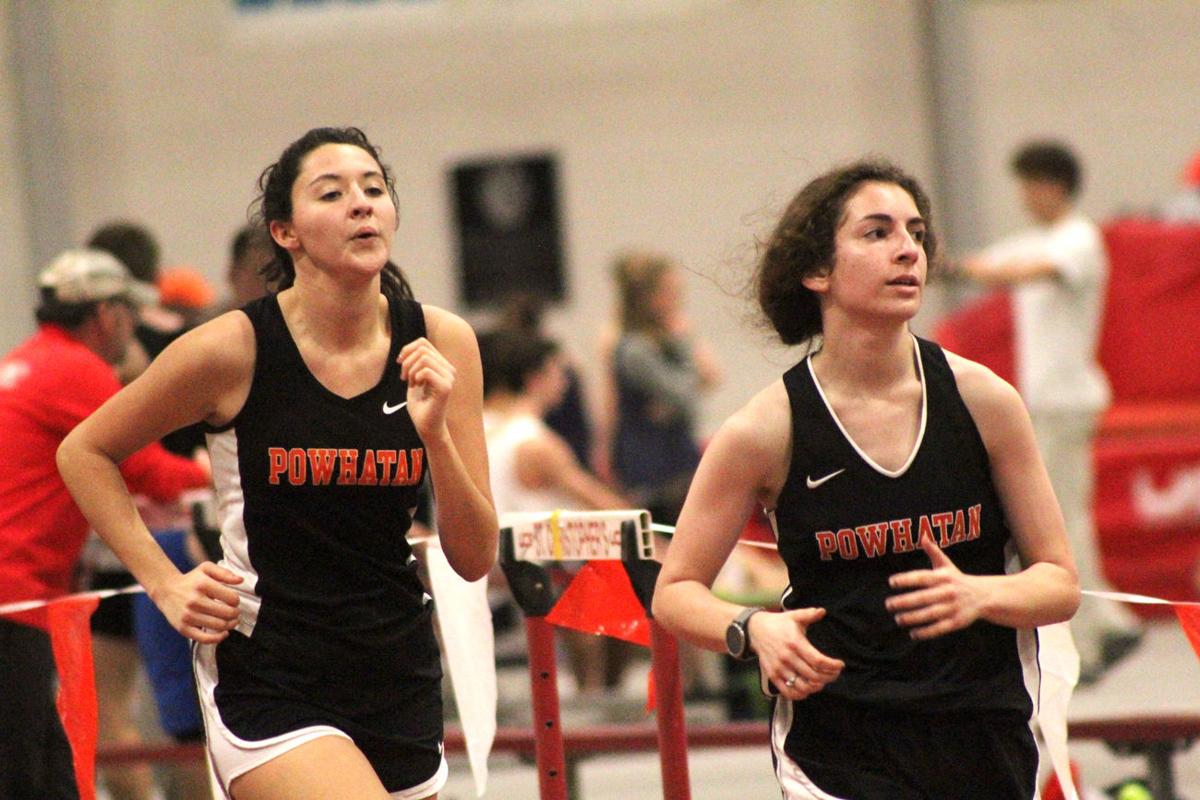 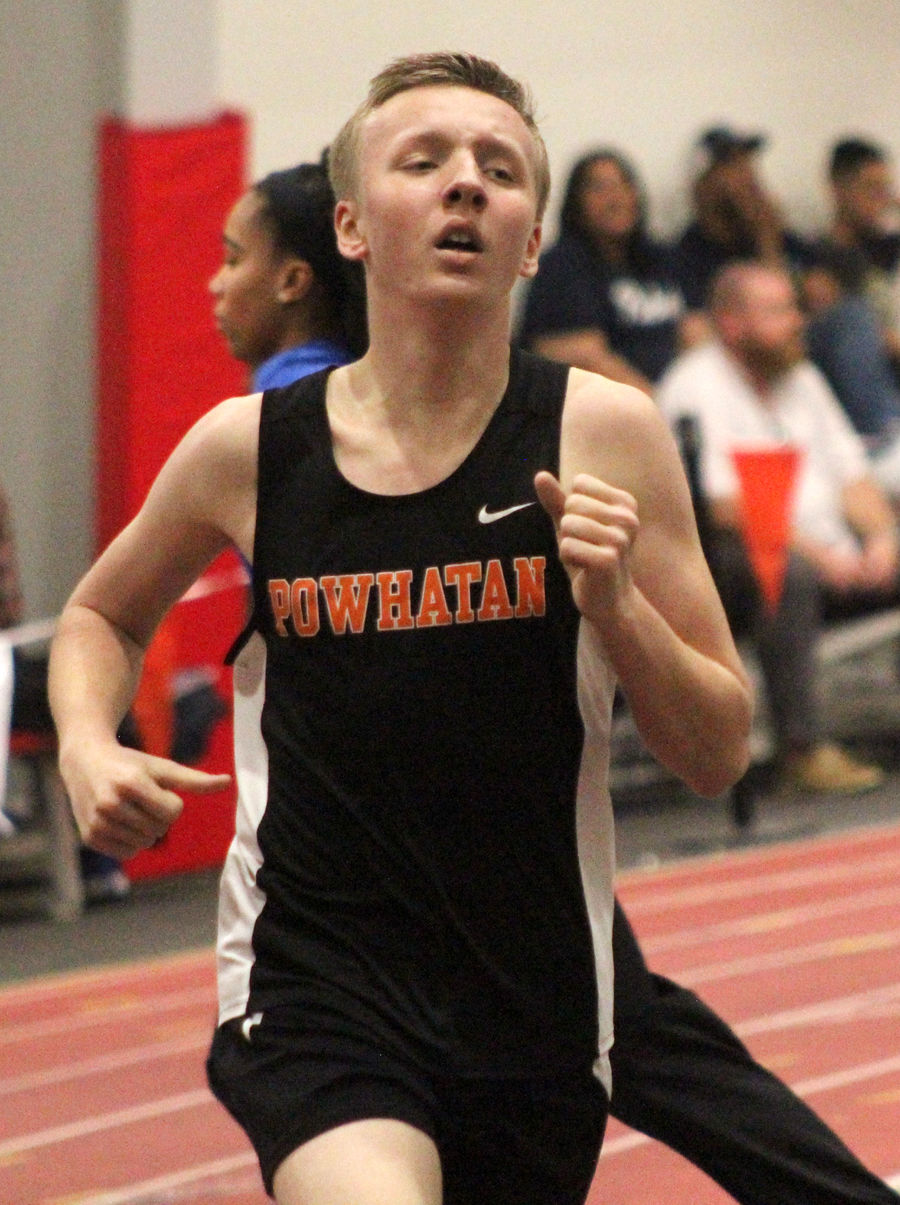 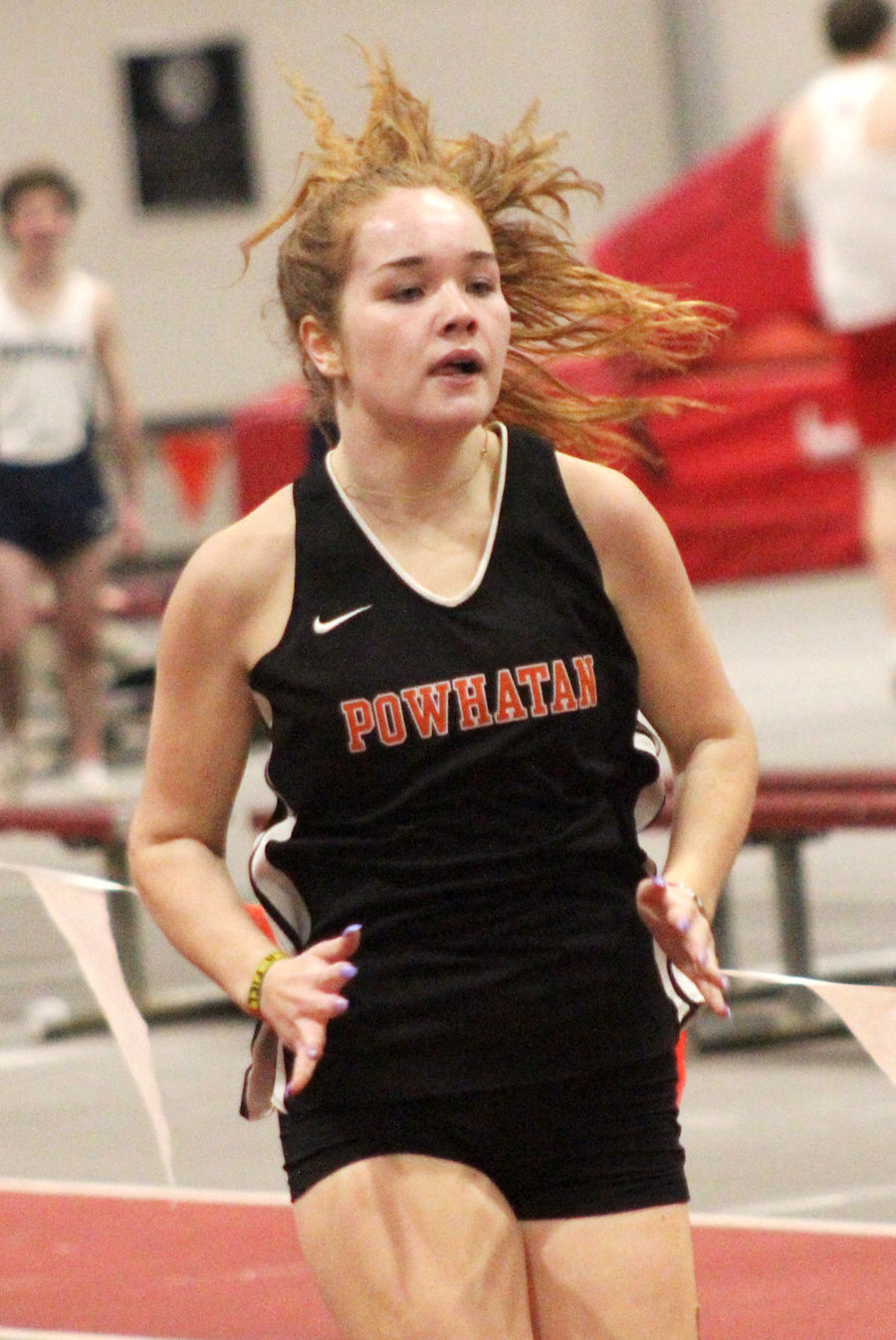 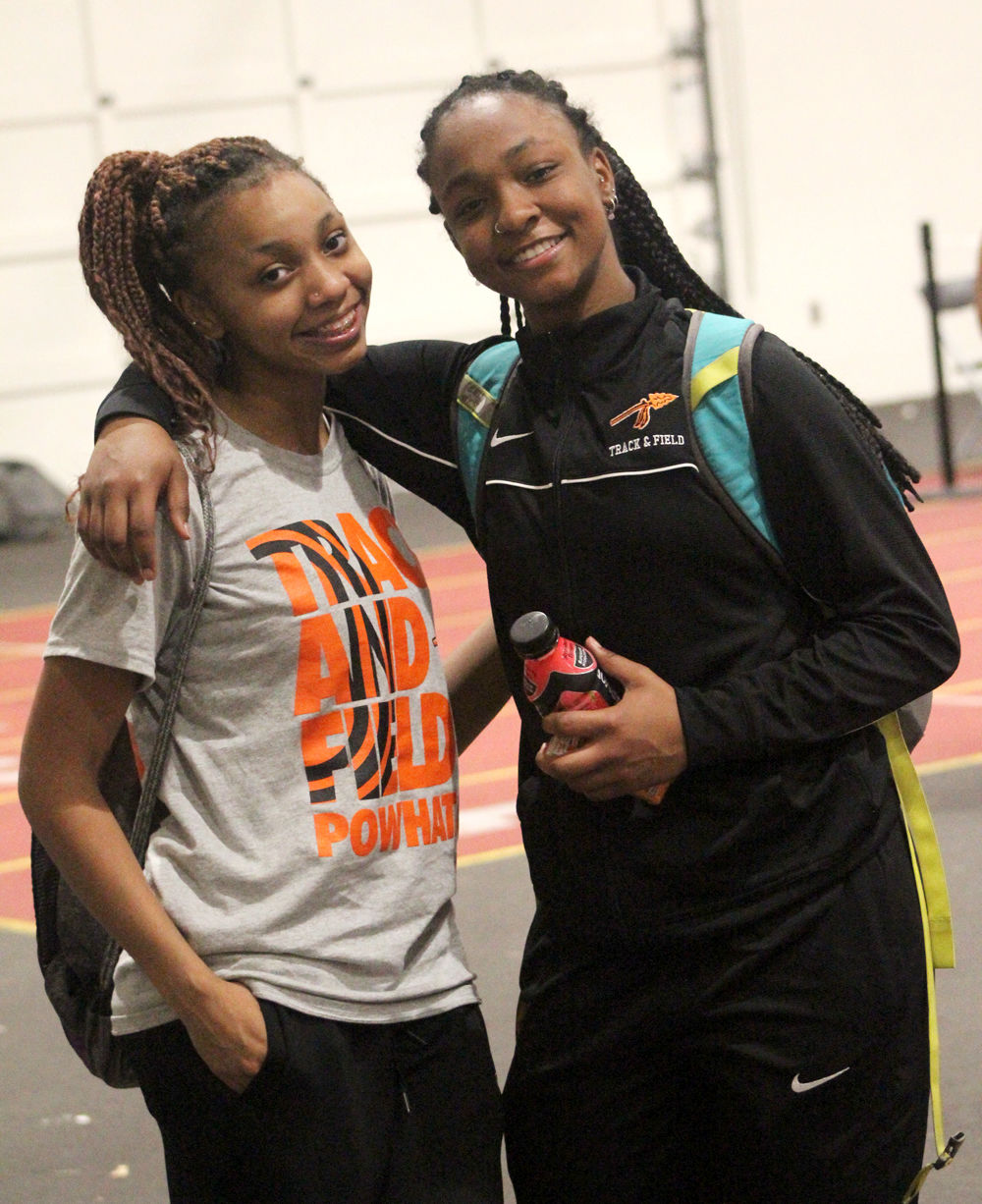 RICHMOND - Right after Anthony Greenhow had crossed the finish-line ahead of his competition in the final heat of the boys’ 55-meter dash, his dad pointed up to the scoreboard.

The number one, and a very fast time next to it, flashed across.

The official time credited to the Powhatan High School junior was a 6.49, which met the MileSplit US First Team standard.

Sophomore Shaniece Morris, who lined up right beside Brown, sped to fourth place in 7.74 in the girls’ 55m dash.

Junior Demetrius Jackson reached sixth place on a distance of 17-11 in the boys’ long jump, and freshman Alicia Dickerson threw for a distance of 25-04 and an eighth-place finish in the girls’ shot put.

Greenhow added a fiery run in the opening leg of the boys’ 4x200 relay to help his Powhatan team finish second, with Powhatan coming up just shy of the win on a pass by St. Christopher’s in the final meters of the event. St. Christopher's (1:36.65) finished a mere 0.16 of a second ahead of Powhatan (1:36.81).

TUCKAHOE - After lacing together three straight hits to seize the lead on a four-run fourth inning, the Powhatan Legends pulled away to win 6-…