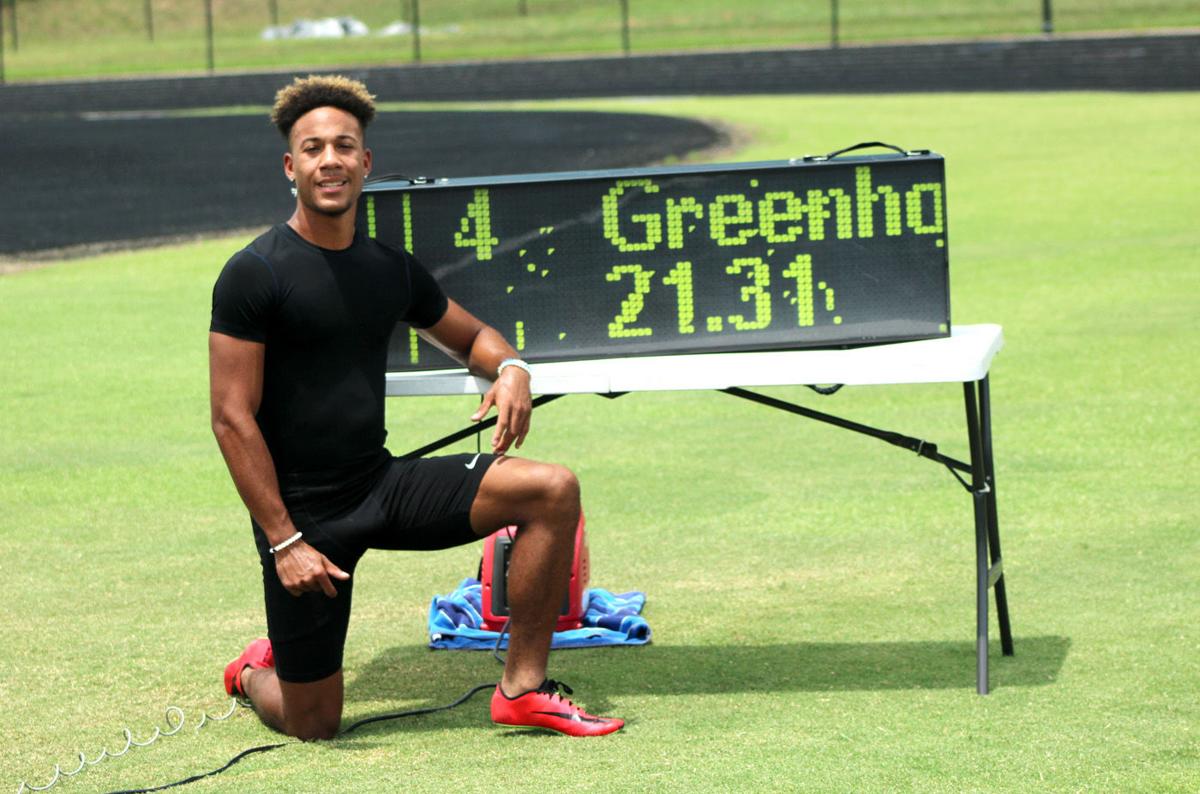 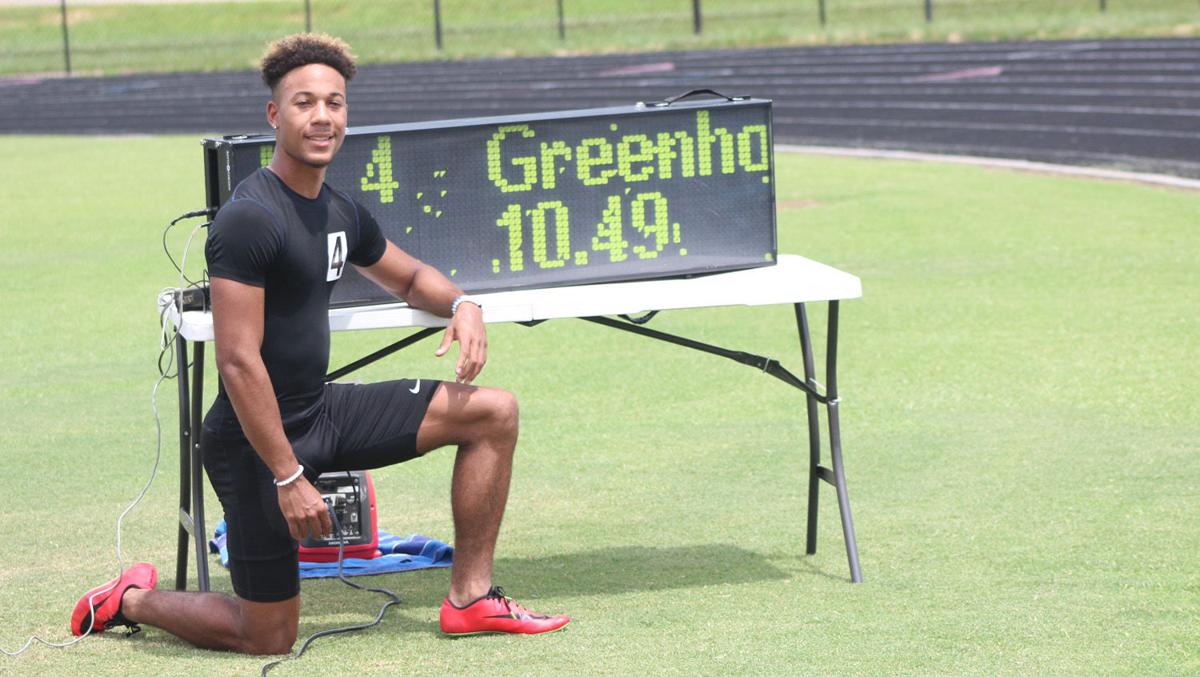 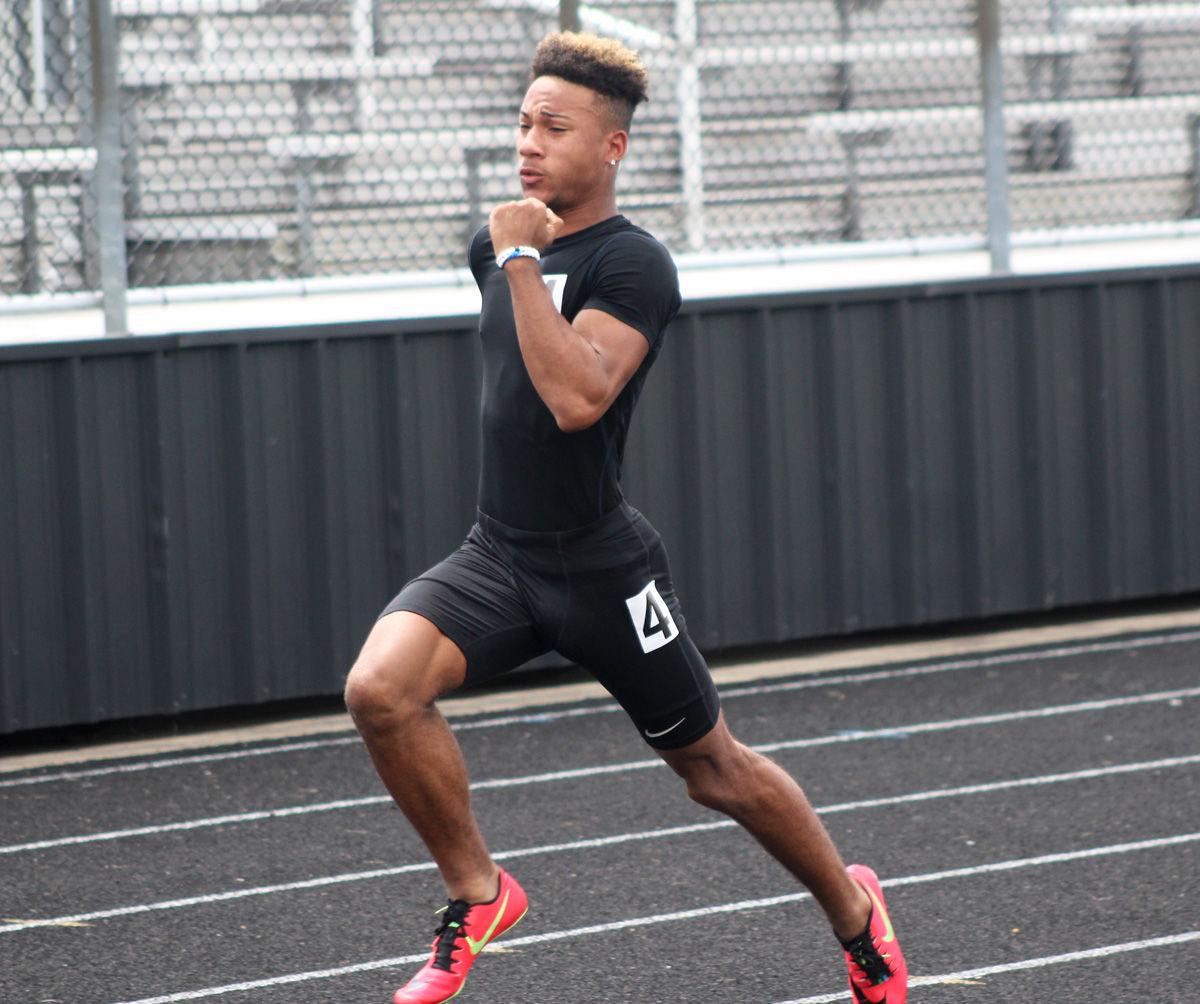 POWHATAN - The heat at Powhatan High School’s track during those two midday hours could be described as blistering.

The same could be said of Anthony Greenhow’s times.

After the rising senior at Powhatan tore across the front straightaway on two separate runs, the electronic scoreboard, courtesy of Mantronix Sports' Bernard Canady Jr., flashed two numbers to remember.

Running on the track alone with no other surrounding runners to push him, Greenhow had notched those times in the 100-meter dash and 200 dash, respectively.

Both dashes were huge personal records in both races.

Both his times would have been enough to win the Virginia High School League state championships across all six divisions last June. The fastest 100 state-title winning time in 2019 was recorded by Surry County's Kahorie Batten (10.52) in Class 1. Bethel's Edward Richardson III (21.32) in Class 5 was last year's fastest state champion in the 200.

Greenhow's latest run in the 100 easily eclipsed his Powhatan High School-record time of 10.76, which still stands due to it being recorded at an official meet.

His incendiary pace in the 200 saw both of his No. 4 labels he had just attached to his uniform fly off mid-sprint. Not only did he clock in way under his school-record time (21.99), but he was also .01 of a second away from matching the Class 4 state meet record (21.30) set by Bassett alum Josh Pearson in 2014.

Striving to put up the fastest times he can, Greenhow has been at the track daily and in the weight room every other day. Coming off an indoor season that saw him take second in the 300 dash and earn All-Metro honors in both the 300 and 55, Greenhow was looking forward to improving upon his third- and fourth-place runs in last year’s outdoor state meet’s 100 and 200, respectively, as well as to striving for the school record in the 400.

But the COVID-19 pandemic led to the cancellation of all VHSL spring sports seasons. And then he had still planned to run summer meets and was looking to compete at Nationals, but those events got cancelled because of the pandemic as well.

But Canady, who runs track meets and is a longtime friend of Greenhow’s dad, came up to the high school track to time him electronically so that Greenhow could see where he’s at currently.

And after setting those new personal records, Greenhow’s performance further cemented his front runner status in those two races going into next year’s outdoor state championships.

He was also able to realize one of his goals he had set for himself after making All-Metro in indoor: run faster than a 10.6 in the 100 in outdoor.

“It shows that hard work pays off,” Greenhow said, “and just don’t let up on anybody – just keep pushing and keep doing what I’m doing.”

Employees give a total of 120 years to Powhatan County