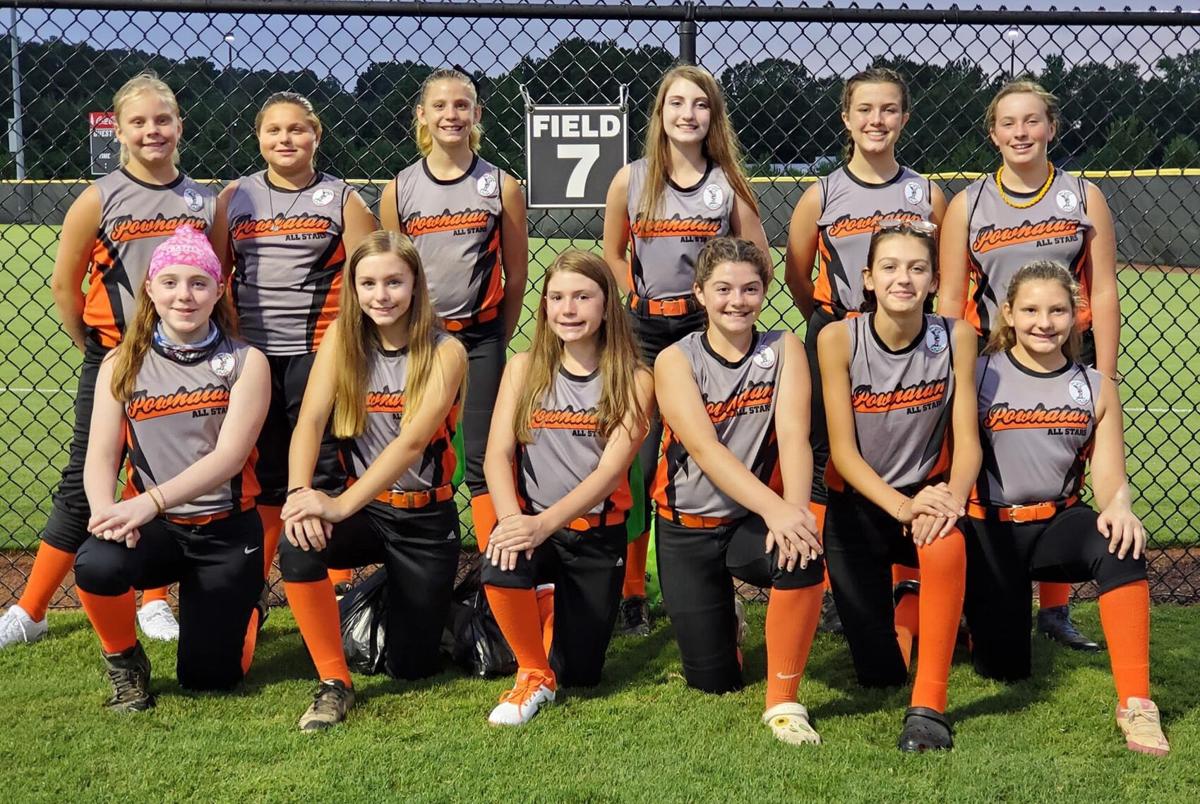 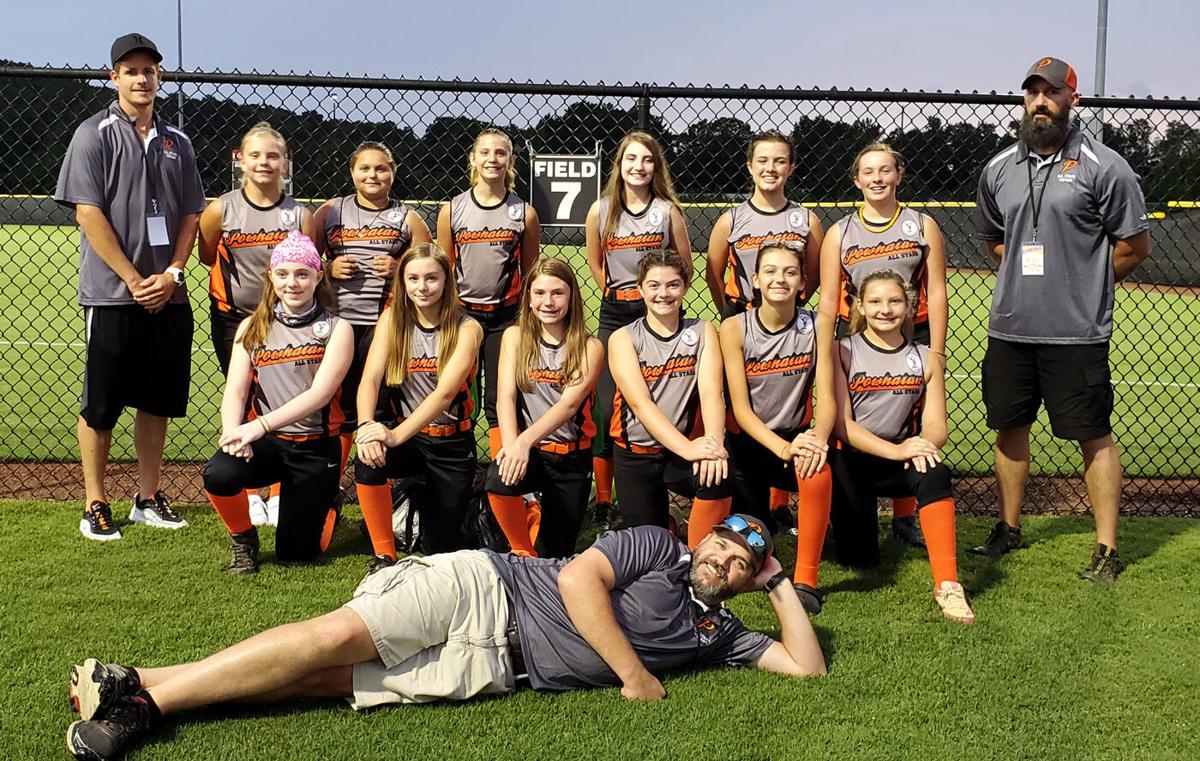 The PYAA Ponytails and their coaches take a photo together at Choccolocco Park in Oxford, Alabama, where they competed in the 2020 Dixie Softball World Series.

With the COVID-19 pandemic still ongoing, everything has changed. Businesses continue to operate differently, schools are preparing for unprecedented approaches to the upcoming academic year and sports seasons are getting delayed from fall to spring.

But for the girls on the Powhatan Youth Athletics Association Ponytails 12u team, the opportunity still arose for them to play softball in a tournament setting, go somewhere they had never been before and spend time with their friends.

The team embraced that opportunity with this year’s Dixie Softball World Series, held the first weekend in August in Oxford, Alabama.

The girls made the most of their situation given the COVID-related restrictions in place on what they could do. A group of the players went hiking. Some of them had a Saturday-night parking lot tailgate party because they weren’t allowed to use any of the facilities. They put up some tents and awnings in the parking lot, pulled up some chairs, got pizza, got some music going and had a good time.

They played hide-and-seek with each other in the hotel, and some of the players saw interesting things in their travels, including the famed Peachoid, a 135-foot water tower in South Carolina that is painted and designed to look like a giant peach.

Powhatan’s Ponytails played two games in the Series. They were winning on Saturday, but Mississippi came back in the last inning to overtake them, 8-5.

In the elimination game on Sunday, Powhatan was ready to go, and then on the first out, one of Powhatan’s standout players stepped on third base to get an out and rolled her ankle, putting her out of the game. That took the wind out of Powhatan’s sails, and the opposing team from Florida won that game en route to winning the whole World Series.

Some of the teams Powhatan competed against had been playing for longer, whereas Powhatan had only been going for a month-and-a-half, if that.

And yet, Powhatan was still able to challenge for the win up to the last inning in its first game.

PYAA Ponytails head coach Stony Gillespie praised the parents for bringing the girls down to Alabama, and he thanked those who made donations as well as their sponsors for helping make the trip to the World Series possible.

“Overall the girls had a good time,” Gillespie said. “They wanted to represent as much as they could, and they did.

“I’m very super proud of all the girls for what they did. They worked hard, they tried hard, and they had a good time, and that was the main point there.”

The PYAA Ponytails and their coaches take a photo together at Choccolocco Park in Oxford, Alabama, where they competed in the 2020 Dixie Softball World Series.