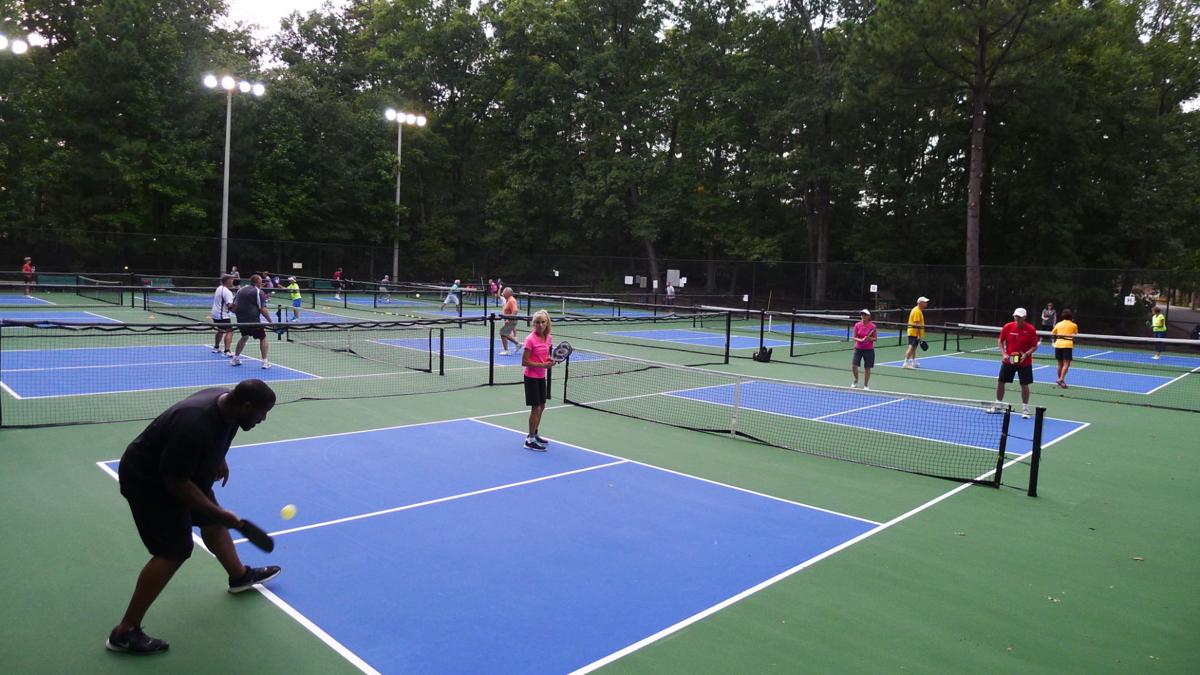 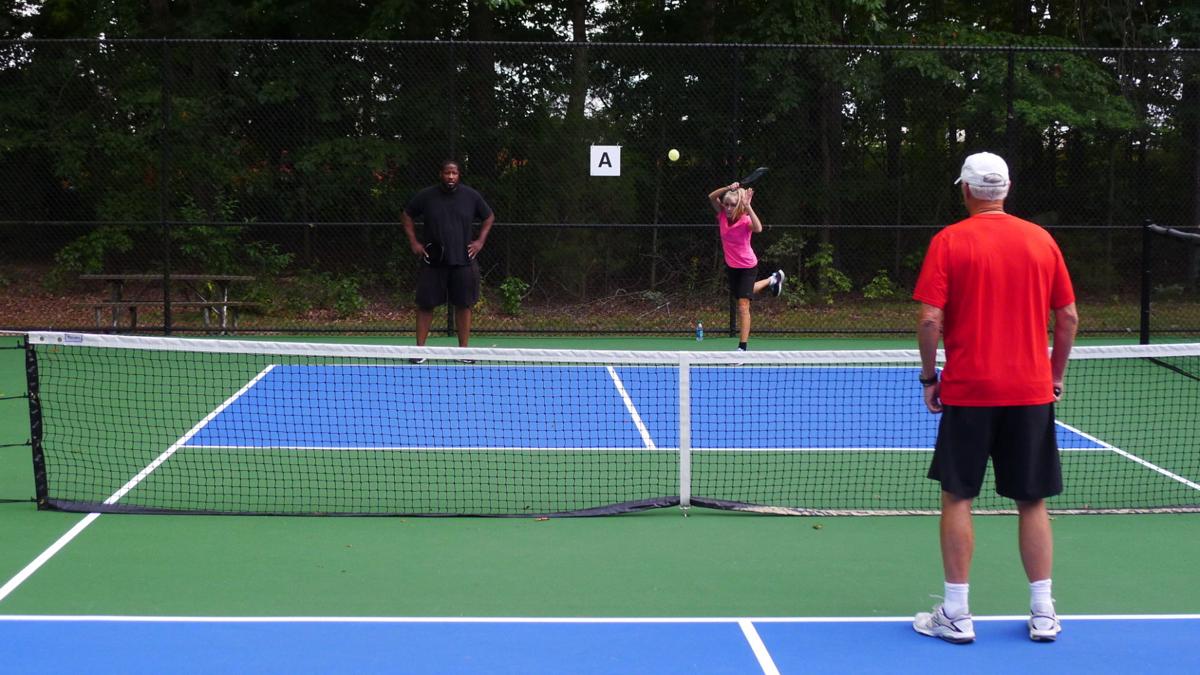 Ron Maxey was hopeful he had brokered what might be described as the great pickleball peace pact of 2015.

The conflict is straightforward but tense: Chesterfield County pickleball players have their eyes on tennis courts that they say go largely unused. Meanwhile, tennis players are not thrilled at the prospect of ceding territory.

Painted just a shade darker than the court surface, the lines would offer an unobtrusive way to let pickleballers — who play with whiffle-like balls and large paddles — and tennis players use the facilities, Maxey said.

“Everybody seems to be feeling good about it,” he said.

“No, we’re not happy at all,” said Linda Scott, the county’s Johnny Appleseed of pickleball. “We have a lot of players, and we need places to play.”

Likewise, some members of the tennis community are expressing trepidation at the prospect of sharing facilities with pickleball players.

“At Rockwood Park, they’re up and away from us and you still are distracted by those crazy noises they make with those paddles,” said tennis player Cleveland Lamison, a retired school administrator. “You can’t concentrate with those people next to you. Have you ever heard the sound?”

The compromise put forward by the parks committee calls for no more pickleball courts at Rockwood Park, where the county already took three of nine tennis courts to create a pickleball complex. But it calls for the blended lines to be painted on a total of 13 courts spread out across a handful of other county facilities, including Swift Creek Middle School, the Chesterfield Career and Technical Center on Hull Street Road, Dodd Park and Goyne Park.

The committee is holding a public hearing on the proposal Tuesday, during which the committee intends to solicit feedback but will make no decision, Maxey said.

He said the committee opted to move the meeting to the county’s public meeting room where the Board of Supervisors normally meets because of the high turnout expected.

Pickleball is played on an area about the size of badminton court and sounds a lot like ping pong, only louder.

Scott and her husband, Dave, picked up the sport in Florida, where it’s played in retirement communities. It appeals to older residents because it requires less movement than tennis and is easier on the joints, she said.

About five years ago, after becoming fond of the sport, she began soliciting new players with newspaper advertisements and then through classes taught through the county’s parks department.

Alan Sikora saw one of those ads and responded.

“I saw this thing called pickleball. I thought, ‘That sounds strange, why don’t I try it,’” he said. “The very first night I took a class, I went home and ordered a paddle. It’s just a great game.”

Pickleball players in the county now number in the hundreds, and the county’s pickleball complex, paid for with money raised by players, frequently fills up, Scott said.

On a recent weeknight, all but one of the eight pickleball courts at Rockwood Park was full. On some mornings, players wait up to an hour between games, she said.

Scott said the need for more courts is obvious.

Maxey doesn’t disagree, but in his words: “You need to crawl before you can walk.”

“Pickleball is growing, and pickleball is here to stay,” he said. “I think a lot of tennis players want to fight that a little bit.”

Lamison, the tennis player, acknowledges there are some courts around the county that are not used frequently and could be given over to pickleball. But he said pickleball’s distracting nature makes it difficult for the two games to coexist.

He said tennis players are planning to attend Tuesday’s meeting — mostly to monitor the situation. “We’re going to keep our eyes and ears open,” he said, noting his primary concern is Rockwood Park.

Likewise, Scott said she’s planning to attend the hearing and is hoping many of her fellow pickleballers will join her.

“On Tuesday, what we’re going to find out is how many people really care about pickleball,” she said.

What: A public hearing on a proposal to add to dual striping to some tennis courts at county facilities.

Where: The public meeting room at 10001 Iron Bridge Road.

Pickleball is played on a badminton-sized court with hard paddles and whiffle-like balls that offer a medium bounce. The ball is served diagonally (starting with the right-hand service-square), and points can be scored only by the side that serves.

Players on each side must let the ball bounce once before volleys are allowed, and there is a 7-foot no-volley zone on each side of the net, to prevent spiking. The server continues to serve, alternating service courts, until he or she faults. The first side scoring 11 points and leading by at least 2 points wins.

On Thursday, the Henrico County School Board is slated to weigh expanding in-person learning for up to 50,000 students — a decision that comes…