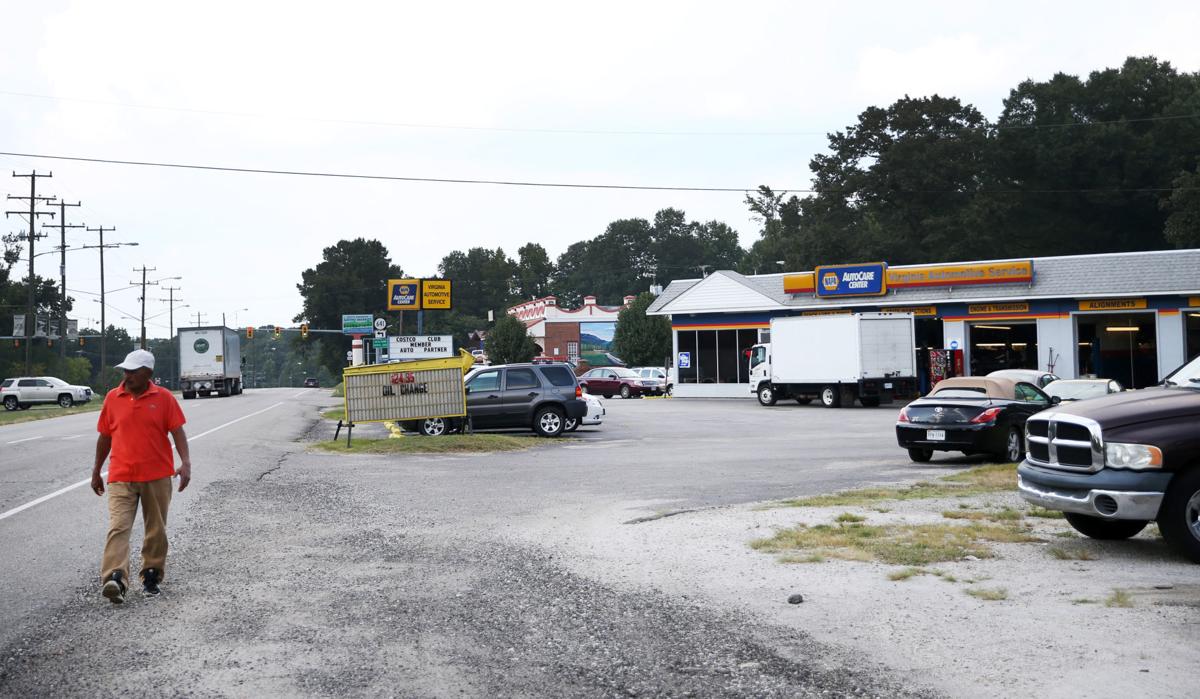 Developers along Jeff Davis Highway will be asked to adhere to county rules regarding rear parking lots. 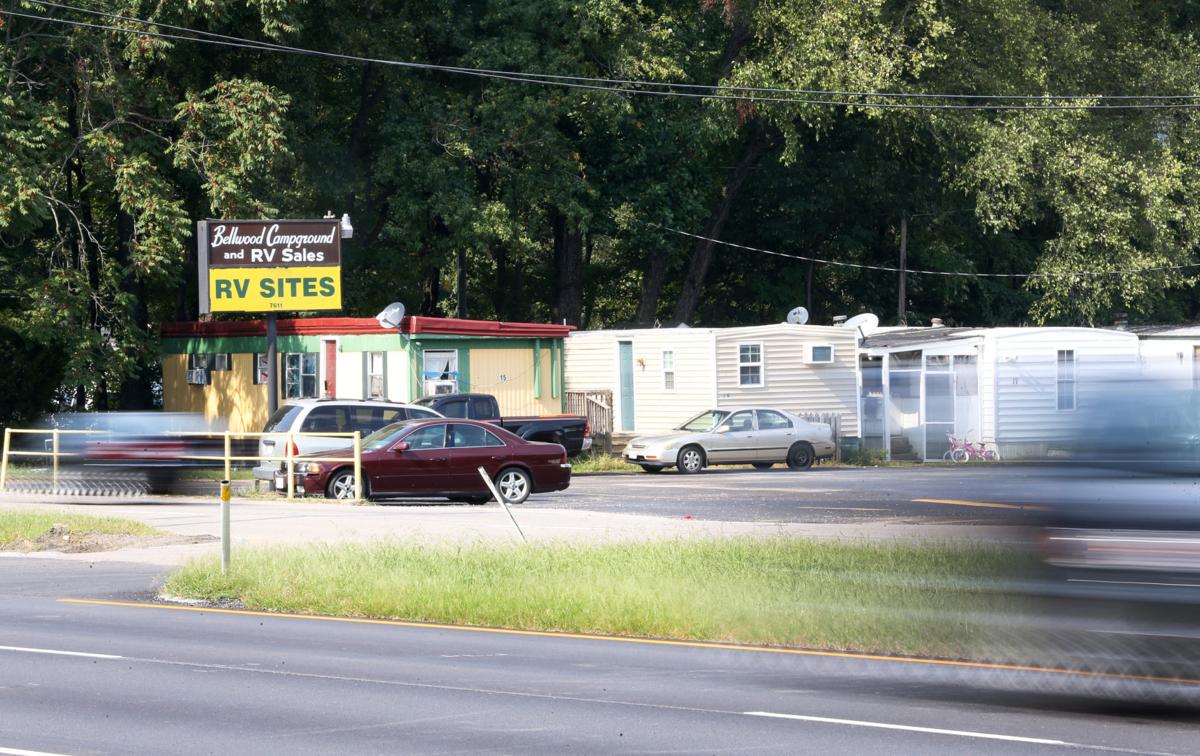 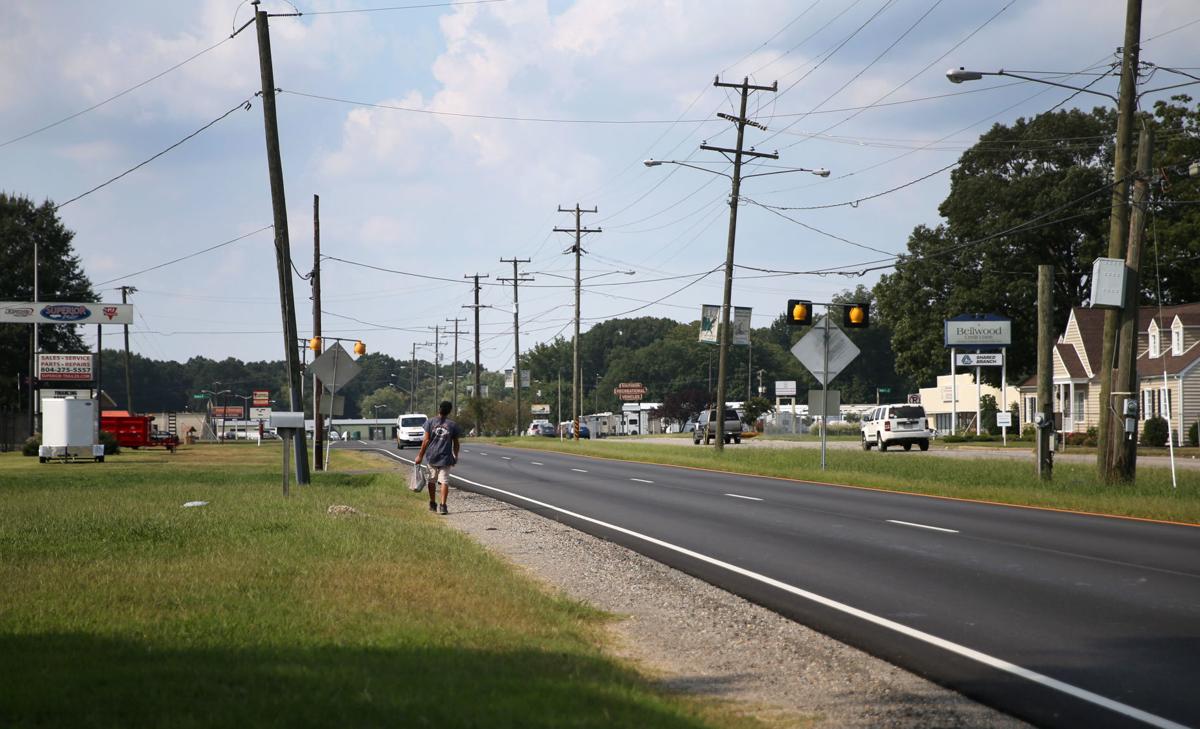 One of Chesterfield County’s goals is to increase the presence of sidewalks along Jefferson Davis Highway. 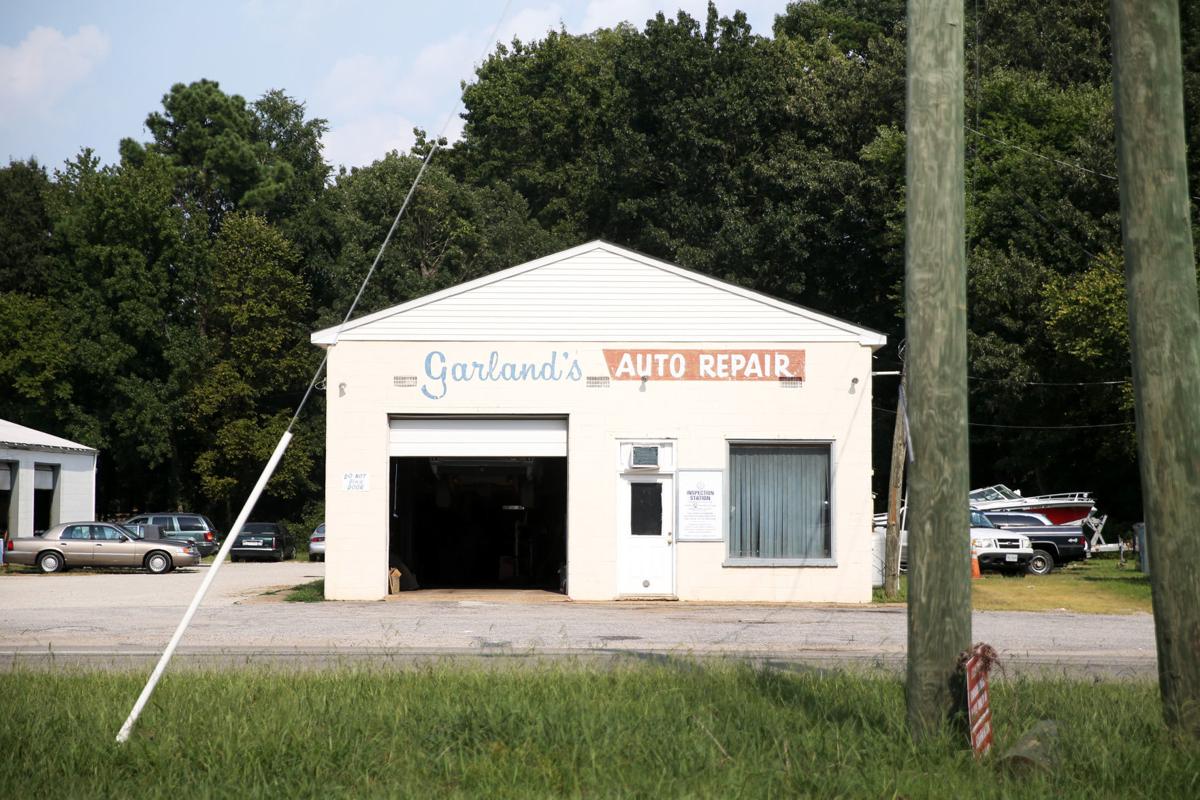 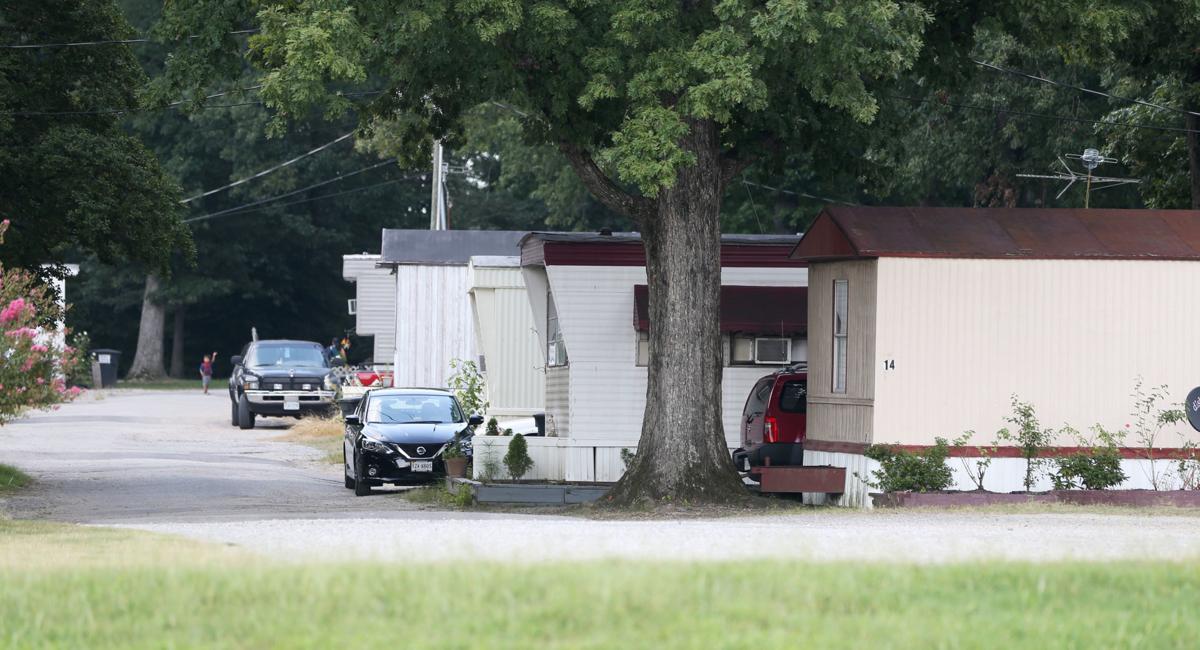 White RVs jut up against midday traffic on the four-lane highway in northern Chesterfield County, where the asphalt of the road bleeds into the asphalt of parking lots of business after business.

Few trees are planted here, in the northern edge of the Jefferson Davis Highway corridor just beyond Richmond’s city limits. On a recent weekday, the sun beat down from a cloudless sky over patrons of a Latino grocery store, a salon, a used-car dealership and an auto care business, all low-slung in quick succession.

Twenty miles west, this kind of arrangement isn’t allowed. Businesses are set back from the roads, screened by trees and accessed by sidewalks. But here, in what has long been one of the poorest parts of Chesterfield, those rules were relaxed more than two decades ago in hopes of shepherding more development.

Chesterfield’s elected leaders are reversing course, and hoping the corridor will do the same, with a vote in support of more stringent requirements that will ask developers to adhere to standards applied elsewhere in the county: sidewalks, rear parking lots, landscaping and buildings set back from roads.

Board of Supervisors Chairwoman Dorothy Jaeckle, who represents the area, said at the time of the vote that her long-term goal for the corridor is for people to realize how valuable it is. She did not immediately return an interview request.

The action taken last month was the first official product of a Northern Jeff Davis Special Area Plan that the Board of Supervisors passed in late April to address the needs of an area with a median income that the county pegs at about half that of Chesterfield overall.

“What we are trying to do with the plan and the ordinances is to create a renewed sense of place and community for the neighborhoods and businesses of the area ... make it someplace to stop and shop and visit and interact with the community, rather than someplace to drive past on the way to elsewhere,” said senior county planner Jimmy Bowling.

It should also be a place that people are proud to call home, and where they feel safe, said Cloud Ramirez, co-founder of Empowered Warriors, a nonprofit that advocates for northern Chesterfield communities.

She and others often are left cutting paths through worn grassy patches to access stores, jobs or the nearest bus stop along a more than milelong stretch near her home at the Bellwood Maisonettes apartments.

“Walking the corridor is dangerous. We have families, we have children, we have people in wheelchairs, and it’s dangerous,” she said. “Just because we don’t have big bank accounts doesn’t mean we should be treated as less than.”

About 11,800 people — 3,200 of whom are children under age 18 — live within the plan’s geography, county staff members determined.

It is their home, Ramirez said.

“In our area, what do you see? A bunch of tire shops and auto places; we start to feel like we live in an industrial area,” she said. “We want pretty areas too. You can’t expect to treat people like they live in a Third World country, and then have them to act any differently. We’ve been neglected far too long.”

Ramirez said requiring businesses to be set back from the road with rear parking lots, as well as having the businesses provide trees, sidewalks, bikeways and streetlights, will “greatly help the area we live in.”

She has been pleased with County Administrator Joe Casey’s willingness to listen to residents’ demands for sidewalks and dignity. But it’s just “such a long process,” she added.

The pre-existing special plan for the area was passed 25 years ago, on the same night supervisors relaxed development rules, according to Bowling. Planning staff members have acknowledged that the 1993 plan failed to accomplish its main goals.

“What you see on the corridor today is what those ordinances produced,” Bowling said.

Outreach for the most recent special area plan began in the summer of 2015, and supervisors gave it final approval three years later.

Bowling, who grew up along the corridor and is a main architect of the newest special area plan, said the county faced some pushback from the development community, which argued more red tape may discourage businesses.

Phil Roper, a co-developer of the Moore’s Lake and Colony Village apartment communities farther south along the Jefferson Davis corridor, said the county might benefit from offering developers more incentives.

“I don’t think that putting more cost is going to help development, and that’s what they are doing,” he said. “But putting less cost didn’t help, either. So I guess they are trying something different.”

The timing wasn’t right to entice development in 1993, Roper said. The results of that effort are clear, but a different approach could yield positive momentum, said his business partner, George Emerson.

“I think when you ride down that stretch right now it’s got a lot of unsightly businesses. I think development standards will improve visibility,” Emerson said. “I think people will want to improve the area.”

Phil Cunningham, a former planning commissioner who represented the Jefferson Davis Highway corridor area when the 1993 relaxed rules went into effect, said the latest round of efforts could help.

“We all had concerns about the corridor, but sometimes it takes the will of a group of people. It’s easy to watch year after year pass in the same rut,” he said. “But now, the county has seen continued blight ... a new county administrator has seen that some areas have special needs, and a new community enhancement department” has formed.

Bowling said the goal is to attract higher-quality development.

“Do we want more of the same or something different? We want things to change,” Bowling said. “How counties treat their transportation corridors tells you a lot about how they treat their citizens. We had people interested in making it more than a place to move cars around.”

The 152-page special area plan encompasses about 13 miles of the county and centers on an 8½-mile section of Jefferson Davis Highway that stretches from the Richmond city limits down to Old Bermuda Hundred Road between the James River and CSX railroad line.

It calls for more affordable housing options; improvements to gateways; a connected system of sidewalks, trails and bikeways; farmers markets; and greater property maintenance inspections, among other things.

“Over time, these changes will assist in the transition of the corridor from being auto-centered to being people-centered. That’s important because a people-centered built environment will, in a tangible and practical way, help support the goal of building and sustaining a strong and healthy community,” Marble said. “This is an important piece of the revitalization, redevelopment puzzle which will help set the stage for positive change on the Route 1 Corridor.”

A man was shot and killed Saturday night in Richmond’s East End.

Developers along Jeff Davis Highway will be asked to adhere to county rules regarding rear parking lots.

One of Chesterfield County’s goals is to increase the presence of sidewalks along Jefferson Davis Highway.