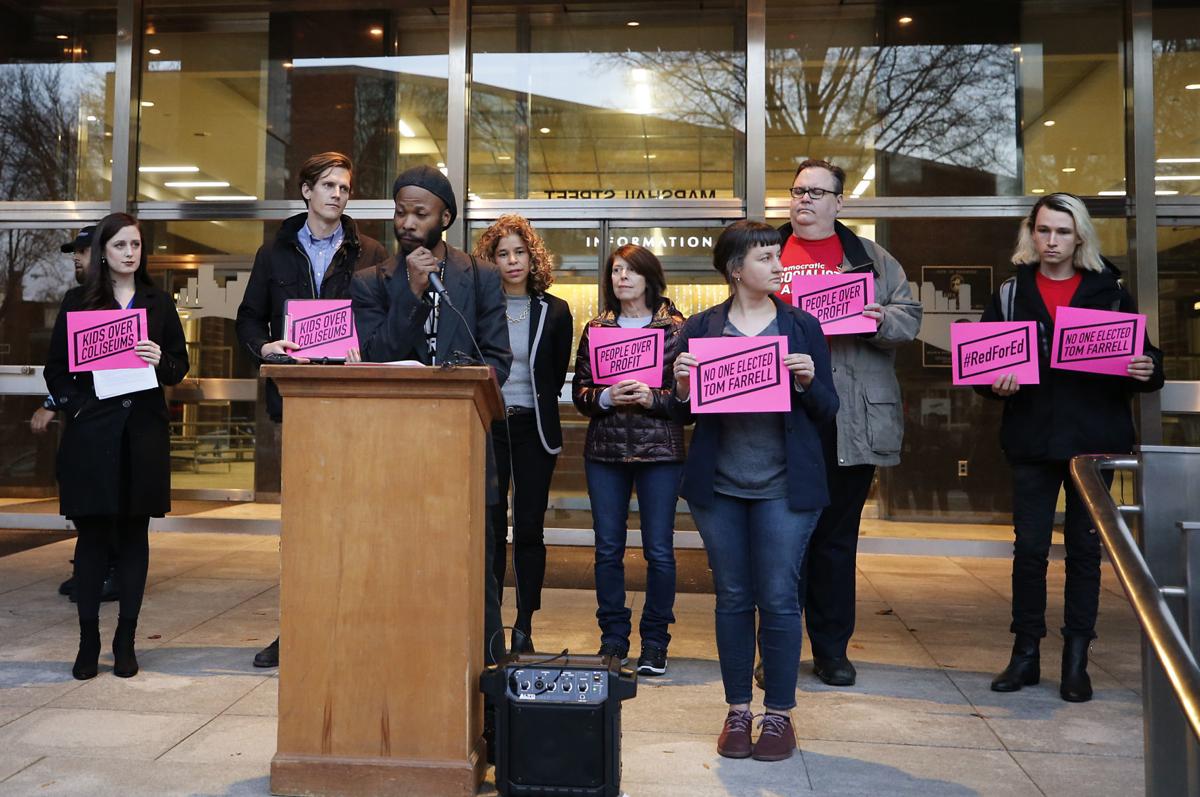 Omari al-Qadaffi spoke Monday while opponents demonstrated against the proposed $1.4 billion plan to replace the Richmond Coliseum and redevelop the area. 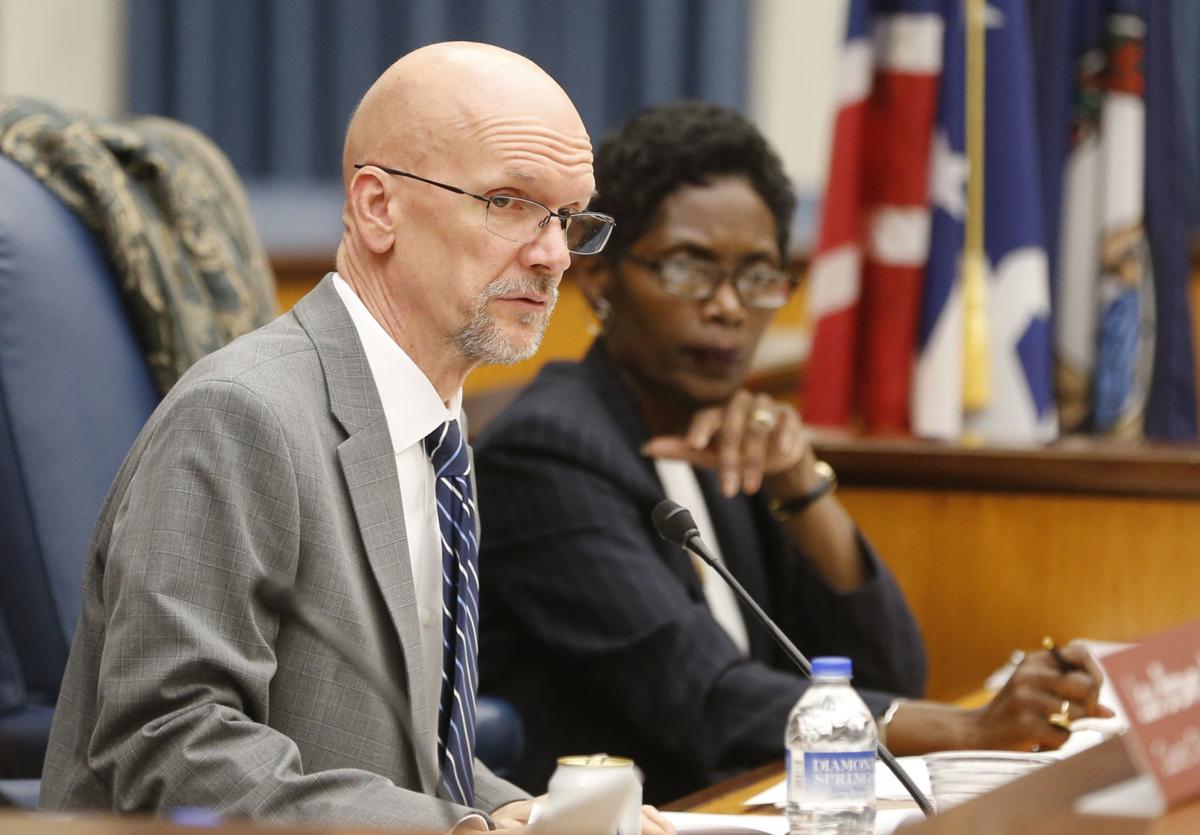 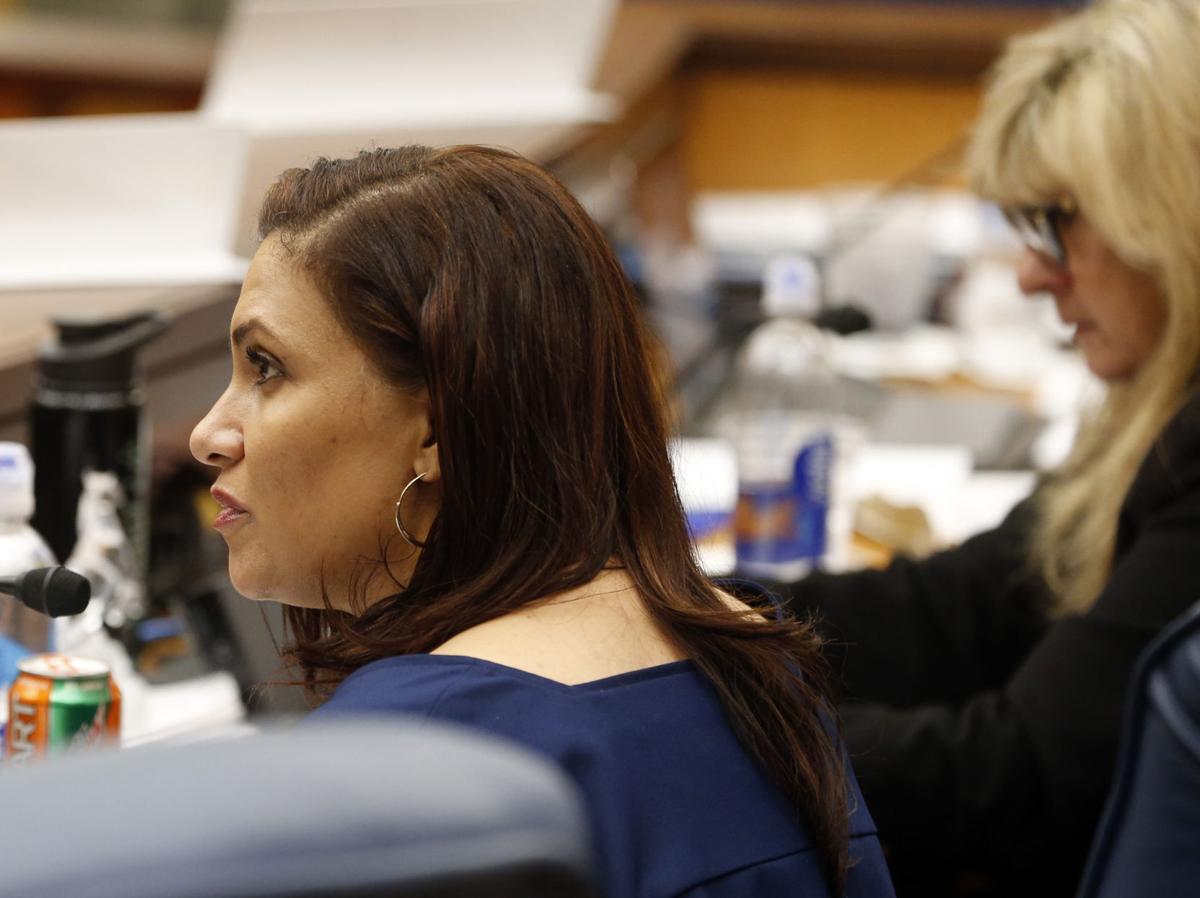 Against Richmond Mayor Levar Stoney’s wishes, the Richmond City Council established a commission to comb through the $1.4 billion plans centering on a new Richmond Coliseum and a valuable swath of downtown real estate.

The council's 8-1 vote on the commission came on the same day that the Stoney administration said it was still negotiating the massive proposal and would not formally unveil it — a fact that frustrated residents and council members alike at Monday's meeting.

“We need to do more than kick the tires,” said Councilwoman Kimberly Gray, alluding to remarks Stoney made when he announced his support for the project six weeks ago. “We need to open the hood. We need to look at the motor, transmission — the entire operation — and make sure we’re making the most sound decision we possibly can.”

The council was divided on the matter until a vote was called. Several members — among them Council Vice President Cynthia Newbille and Councilwoman Ellen Robertson — had expressed reservations with the commission, but cast their votes in favor of the idea after seeking assurance that the council would also hire a consultant to vet the plans.

Councilman Michael Jones, who represents the 9th District, was the only member to vote against the commission.

An attempt to truncate the commission’s review period from 90 to 30 days was quashed as the council prepared to take up the matter Monday. Gray said she did not support the amendments suggested by Addison, who also sought to change how the commission’s members would be appointed in what he said was an effort to fine-tune the idea.

“The timeline for 90 days seems long to me,” Addison said. “I don’t want to be handcuffed from making a decision because [the commission isn’t] done yet.”

Changing the ordinance would have meant putting off a vote on the commission until January. Gray objected.

A council panel endorsed the idea earlier this month in a split vote as Stoney’s administration sought to dissuade them, saying there was “no need” to seat a commission because seven people spoke against the idea during a public hearing.

The commission will have nine members and 90 days to issue a report of its findings to the council as it reviews what could be the largest economic development project in the city’s history.

About a dozen people who spoke in favor of the commission expressed skepticism about the plans and said an advisory body could aid the council in its review of the proposal.

“It’s time for Richmond to stop entertaining tax-funded mega projects that enrich the business community while leaving the majority of Richmond citizens with little in the way of tangible, positive outcomes,” said Rhonda Hening.

Six people who spoke in opposition to the commission said they were worried it could hurt the redevelopment plan’s chances of advancing. Some said they viewed its creation as a delay tactic.

“Putting a commission in place is just slowing [the project] down,” said James "J.J." Minor, a former chairman of the Richmond City Democratic Committee and a Stoney ally.

The council weighed the commission Monday as the Stoney administration said it was still not ready to formally introduce the plans.

Forty-six days after Stoney pledged support for building a new arena and redeveloping 21 acres of publicly owned downtown real estate, his administration said it was still negotiating with the group behind the proposal, NH District Corp.

Chief Administrative Officer Selena Cuffee-Glenn, however, declined to say what remains under negotiation with the nonprofit entity led by Dominion Energy CEO Thomas F. Farrell II that submitted the lone proposal in response to a city-issued request for proposals in November last year.

The Stoney administration has spent the past 10 months and more than $500,000 reviewing and negotiating the plans.

Stoney has said the project will create 21,000 jobs, including 9,000 after construction is completed, and provide more than $300 million in business for minority-owned contractors.

The mayor has also touted a report by a consultant his administration hired that estimates the project could generate $1.2 billion in tax revenue beyond what is necessary to pay for it over 30 years.

The project relies on a complex financial setup involving earmarked sales, lodging, admissions and meals taxes, and other revenues from the project. It also hinges on the creation of a special tax zone encompassing much of downtown that is eight times larger than the roughly 10-block area north of Broad Street where the development would rise.

NH District Corp. has said it would privately source $1.1 billion to pay for the plans. The city would be responsible for paying $220 million for the new arena, $10 million for the armory renovation, and the cost of infrastructure improvements in the project area. City officials have said they would cover the costs with a $350 million bond offering, potentially through the Richmond Economic Development Authority.

Over 30 years, the city would owe $620 million in principal and interest payments to investors who buy the bonds. Financial projections from the Stoney-hired consultant indicate the city could make enough new tax revenue on the project to pay back what it owes in as little as 18 years, saving about $125 million, city officials have said.

Stoney has said the city bears no risk if the council signs off on the plans, but his administration has, to date, not made them publicly available for review.

Even without the full plan, public scrutiny of the project has already begun.

Richmond For All, a coalition of advocacy groups and activists, organized a news conference before Monday’s council meeting to voice opposition to the plans.

Kristin Reed, a co-founder of the coalition, said the group doesn’t want the plans to be rubber-stamped.

“We held this in part because we feel that this proposal is moving at a very fast pace with very, very little room for community say.”

Omari al-Qadaffi spoke Monday while opponents demonstrated against the proposed $1.4 billion plan to replace the Richmond Coliseum and redevelop the area.