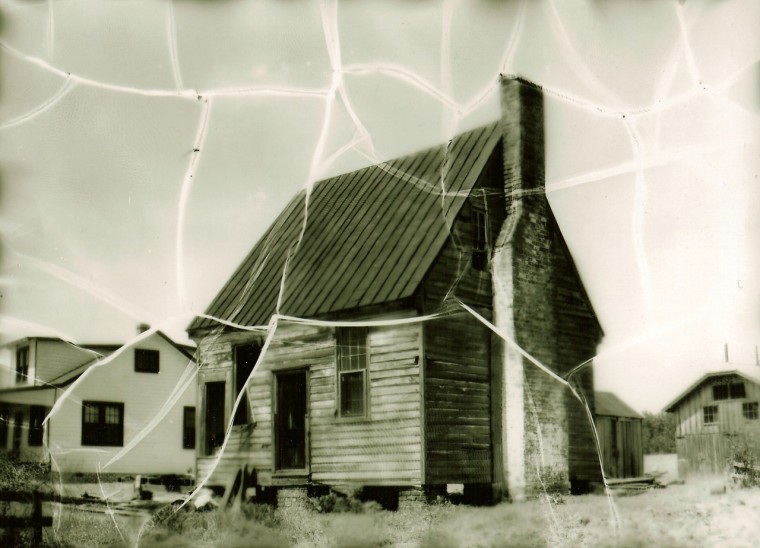 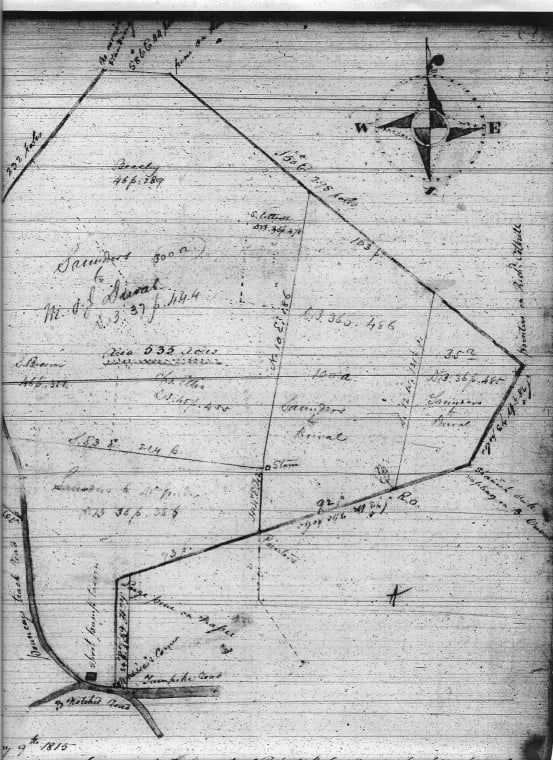 By Virginia Department of Transportation estimates, more than 25,000 cars travel down West Broad Street in Short Pump every day. Traffic lights dot the road and backups abound everywhere. Despite the number of people who travel through on a daily basis, few know the humble origins of this bustling suburban city.

Surely you must have at least wondered where the name came from.

To find out, you have to travel back in time before traffic lights, six lane roadways and even cars; to a time when even West Broad Street didn’t exist, and the only form of local transportation was the horse and buggy.

The year was 1815. Robert Hyde Saunders, who fought in the Revolutionary War, opened a modest tavern along Three Notched Trail (present day Three Chopt Road and the predecessor of Broad Street). At the time, the trail was the main route between Richmond and Charlottesville and, as such, was well-traveled. Thomas Jefferson, who took this route between the Virginia State Capitol and his home, Monticello, is said to have stayed at the tavern several times.

A comparison of maps from different time periods places the tavern somewhere in between the present day 7-Eleven and Taco Bell next to the Short Pump Wal-Mart.

The tavern was one of only a handful of places to stay between Richmond and the Shenandoah Valley. Weary travelers would stop for a drink or a night’s stay and eventually, Saunders’ tavern became quite popular. So popular, in fact, that it was expanded several times.

According to records obtained in the Library of Virginia archives, the tavern had a small water pump out front for stagecoach horses to drink from. At the time, well drilling was quite costly and to save money, Saunders had a porch built directly over the water pump. The only problem was that there wasn’t enough clearance between the pump handle and the porch to get a full stroke of water.

The solution? The pump was shortened in one way or another. One story is that Saunders cut off the end of the pump’s wooden handle, leaving only a short, nubby end.  The other is that the entire shaft of the pump was cut off and dramatically shortened. Either way, the short-handled pump became a quirky fixture at the tavern and patrons soon started telling one another that they’d “meet at the short pump.”

The tavern became so well known and visited that an access road was built, stretching from Gayton Road to Three Notched Trail. It was named Pump Road, reaffirming the nickname of the tavern. Soon thereafter, Deep Run Turnpike (present day West Broad Street) was built and ended in front of what had become Short Pump Tavern and adjoining Pump Road. This created a crossroads that was officially called Short Pump by 1853 on a Henrico County map found at the Virginia Historical Society.

Saunders built a plantation house and other accessory buildings near the tavern on the more than 1,000 acres he owned, which extended along Pouncey’s Tract Road (present day Pouncey Tract Road) and well into what is now the Twin Hickory development. The estate became known as Short Pump Plantation.

Not much else happened in Short Pump until the 1930s when Three Chopt Trail was replaced by what was then called Broad Street Road. According to maps, Short Pump Tavern was directly in the road’s path, forcing its demolition.

A 1932 photo taken by a Works Progress Administration worker shows the structure in shambles. By then, the automobile had replaced the stagecoach and a new service station had just opened in Short Pump.

This is the first article in a series about the history of Short Pump, the growing suburban community west of Richmond. The author, Trevor Dickerson, is the founder and managing editor of DowntownShortPump.com and a regular contributor to Richmond.com.