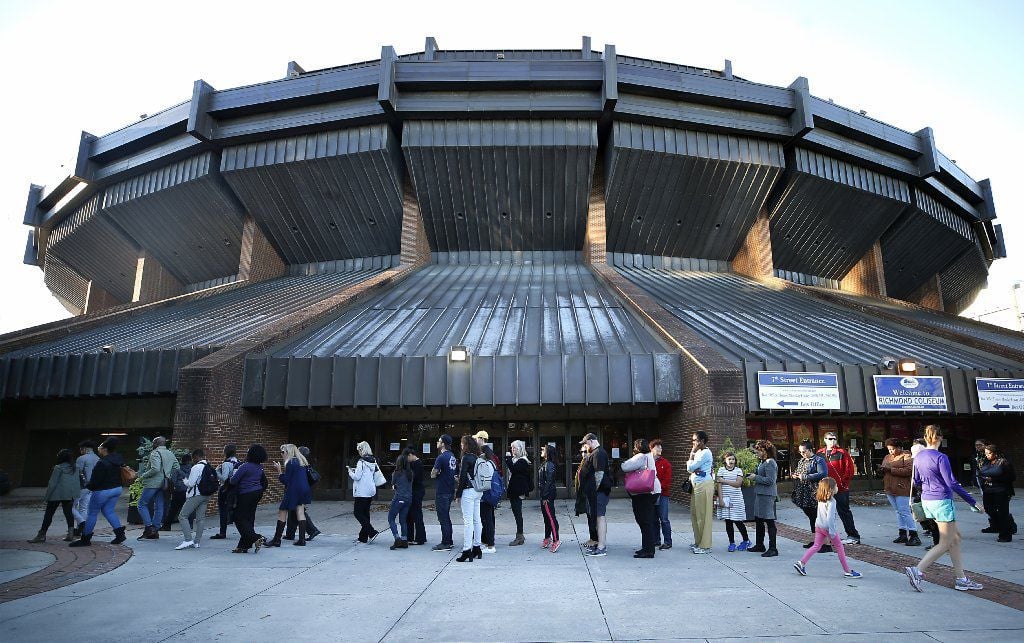 Mayor Levar Stoney said Richmond had issued a request for proposals from developers outlining how they might go about building a new coliseum. The deadline is Feb. 9. 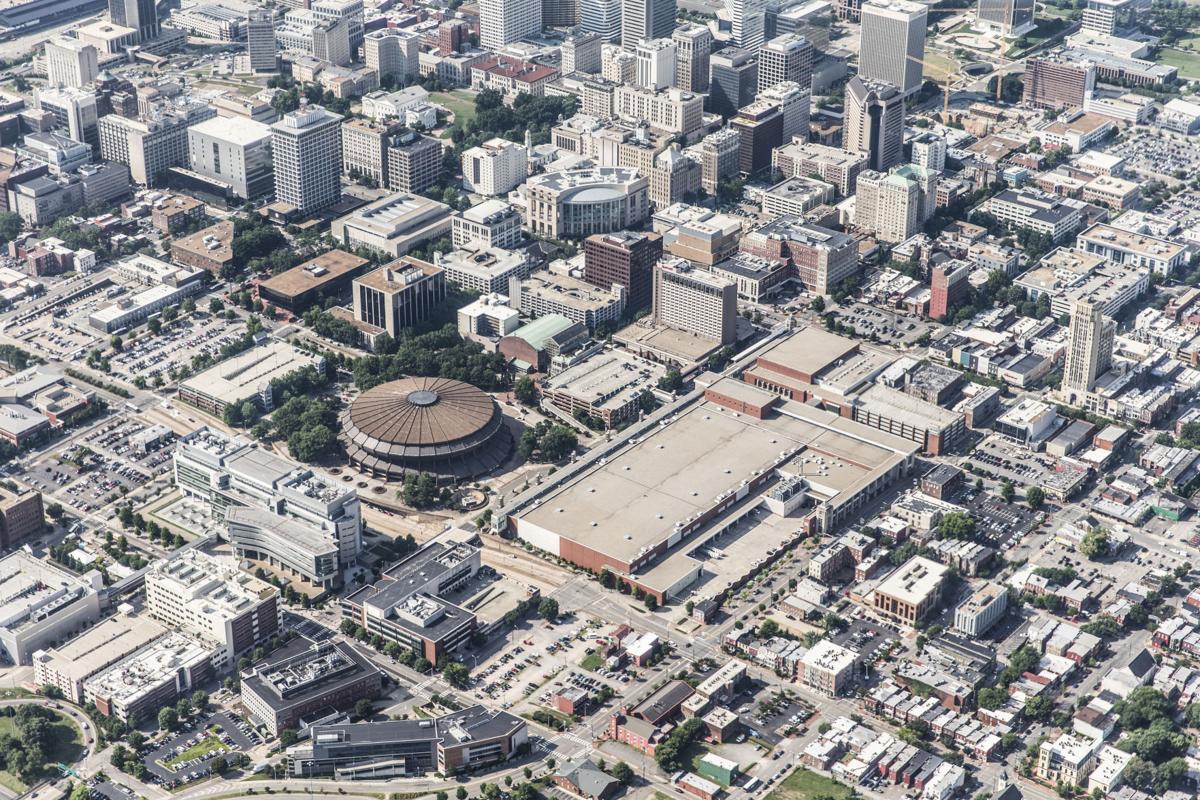 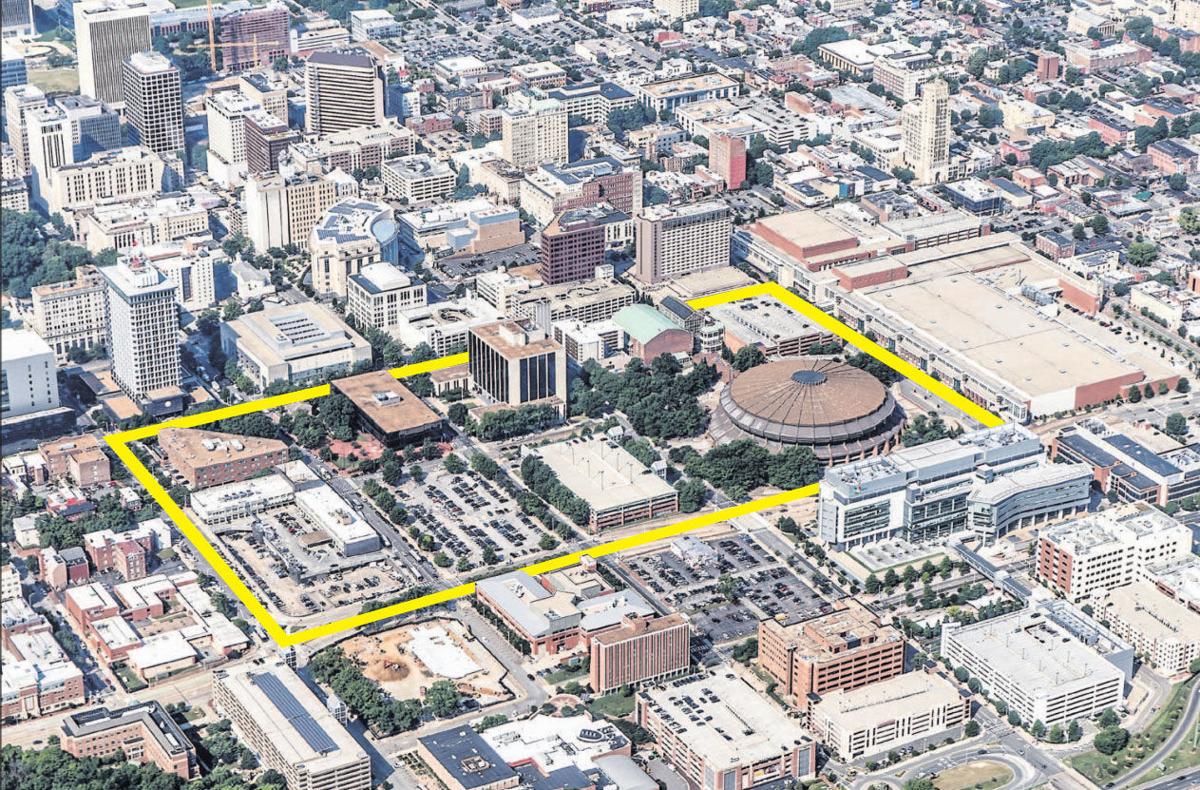 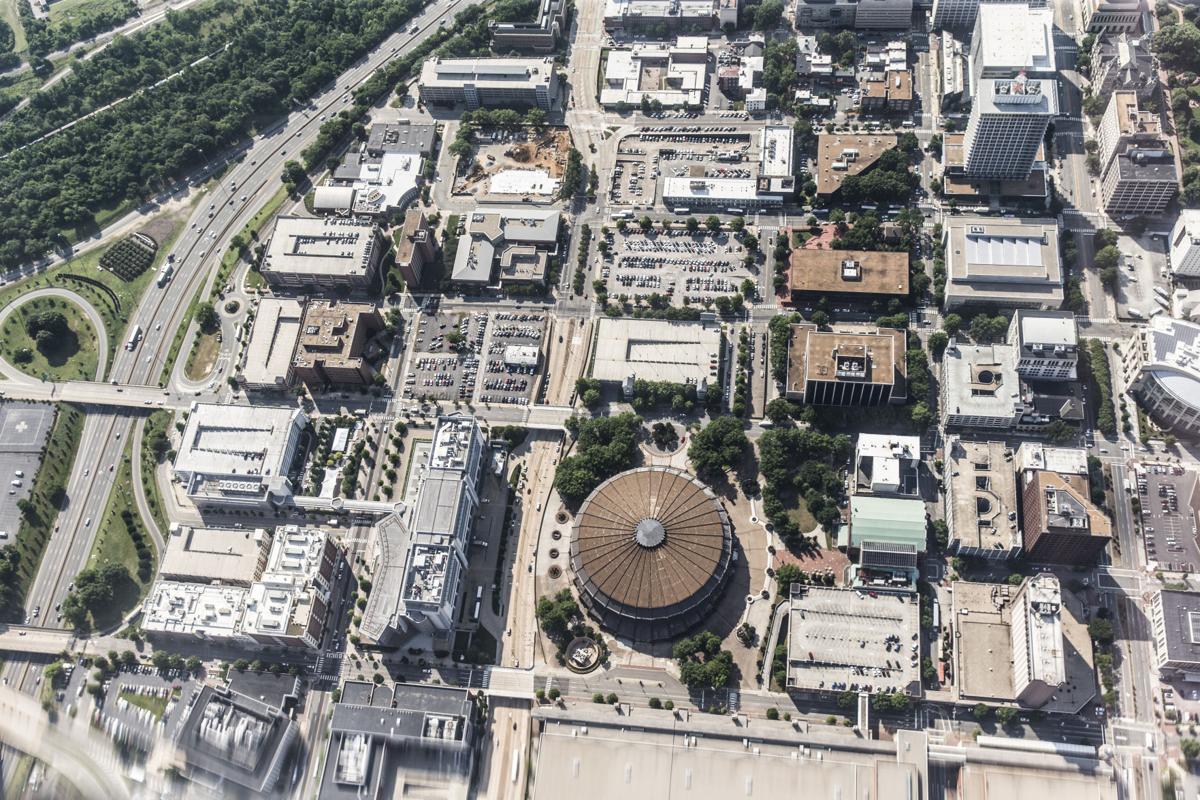 The redevelopment plan includes the area of the Richmond Coliseum, the Richmond Marriott, the Greater Richmond Convention Center, and Altria’s Center for Research and Technology.

Richmonders aren’t shy about expressing their displeasure when it comes to development proposals — particularly when a stadium is involved.

Protesters lined up in 2012 to heckle former Mayor Dwight C. Jones as he announced his ill-fated plan for Shockoe Bottom, which included a baseball stadium, apartments and a grocery store.

“No one has really mentioned it,” said City Council President Chris Hilbert, who said he has not had a single constituent approach him about the plan.

The lack of immediate and loud opposition, of course, could change swiftly as more details emerge. And there are big differences inherent in the two projects. For one, Stoney isn’t proposing building a sporting venue adjacent to a slave burial ground as Jones did in Shockoe Bottom.

But more broadly, where Jones introduced his stadium proposal as a pre-baked, take-it-or-leave-it proposition, Hilbert and others credit Stoney with charting an open approach that brings the public in early and is centered on a call for proposals from interested developers.

“The former mayor went out with this big hoopla and kind of decreed ‘this is where the ballpark is going to be’ and that didn’t go over well from the beginning,” Hilbert said. “I think (Stoney) played it low-key and said we’re open to proposals.”

The discussion surrounding the coliseum began earlier this year with a behind-the-scenes push led by Dominion Energy CEO Tom Farrell — a manner similar to the private interests that approached Jones’ administration about the Shockoe stadium proposal.

Jones responded by selecting developers, preparing a near-finalized plan and introducing it to the public at a pep rally-like announcement staged in front of colorful renderings.

Stoney, on the other hand, acknowledges discussions with private interests piqued his interest, but is adamant that downtown corporations are not driving the project.

“I could have easily accepted an unsolicited bid from a downtown entity. Instead, I prefer competition,” he said.

His announcement a week ago was not that the city necessarily will build a new coliseum, but that it had issued a request for proposals from interested developers outlining how they might go about it.

The document lays out a variety of city needs and wants for the neighborhood, presently a mishmash of institutional buildings and parking lots between North Fifth and North 10th streets: a new arena, a new bus transfer center, mixed-income and affordable housing.

While Stoney, like nearly every candidate for city office last year, ran on a back-to-basics platform, he said all of the elements address areas key to his administration’s priorities to improve the city for all residents.

Another departure from Jones’ approach that was likely instrumental in heading off immediate outrage, particularly as school facilities continue to crumble: Stoney said the city would not issue debt for the project.

And if revenue does not meet expectations, who ends up holding the bag?

“It won’t be the city of Richmond,” he said. “This is a challenge to the private sector.”

“I feel like the ballpark in the Bottom plan was already hashed out,” said 1st District Councilman Andreas Addison. “It was: Here’s what we’re doing.”

He called Stoney’s approach modern and transparent: “This time, it’s: Here’s what we want; tell us how to do it.”

Councilwoman Ellen F. Robertson, who represents the 6th District, which includes the neighborhood, endorsed Stoney’s approach on Day One, citing the inclusion of affordable housing.

Hilbert also focused on the potential for a new, mixed-income neighborhood advancing the city’s long-stated goals of deconcentrating poverty in the city’s public housing developments.

Stewart Schwartz, the executive director of Richmond’s Partnership for Smarter Growth, which opposed Jones’ stadium proposal, said the issuance of a public request for proposals that lays out progressive development goals easily puts it head and shoulders above Jones’ approach to development.

That said, Schwartz said there’s still room for improvement in the public process. Stoney’s request for proposals draws on the vision for the neighborhood outlined in the recently adopted Pulse Corridor Plan, which lays out a vision for denser, transit-oriented development along the route of the bus rapid-transit line currently under construction on Broad Street.

But he suggested working with the public to create a more detailed, neighborhood-specific plan for the area in advance of drawing up the request for proposals.

He also noted that it remains to be seen how much input the public will have when it comes to selecting the winning bidder.

“Overall, it’s much more positive, much better,” he said. “I just think the city hasn’t gone as far as they could to engage these small planning areas and that there’s some limitations in this RFP process in terms of the ability of the public to have a meaningful say.”

“As you know, the devil is always in the details,” she said. “It’s a whole lot of valuable, public land that’s being put on the table, which, you know, makes me a bit nervous.”

Stoney, for his part, promises that the proposals that come in will be closely scrutinized. The deadline to submit proposals is Feb. 9, according to a timetable in the RFP. Selection of a proposal and negotiation will take place in March and April, followed by consideration by the Richmond City Council next spring.

City officials said last week that their request for proposals has already drawn what they consider serious attention.

Mayor Levar Stoney said Richmond had issued a request for proposals from developers outlining how they might go about building a new coliseum. The deadline is Feb. 9.

The redevelopment plan includes the area of the Richmond Coliseum, the Richmond Marriott, the Greater Richmond Convention Center, and Altria’s Center for Research and Technology. 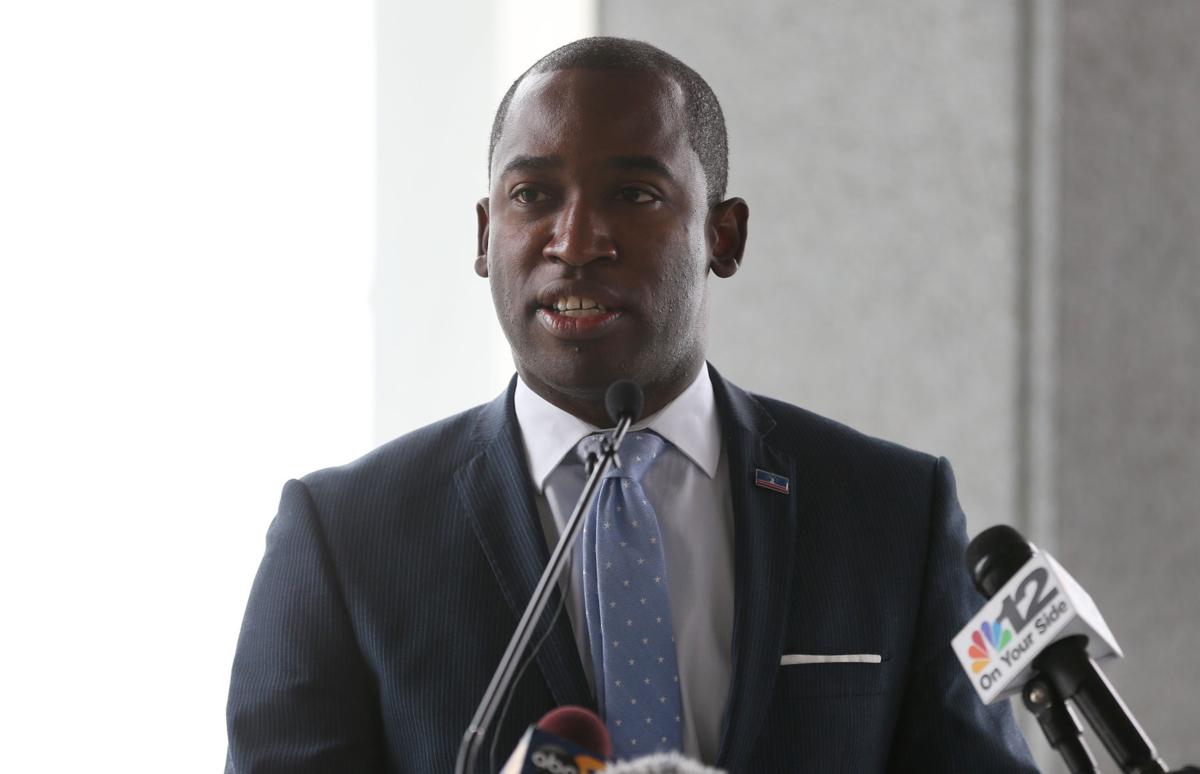