The public lobby inside the Richmond City Justice Center. 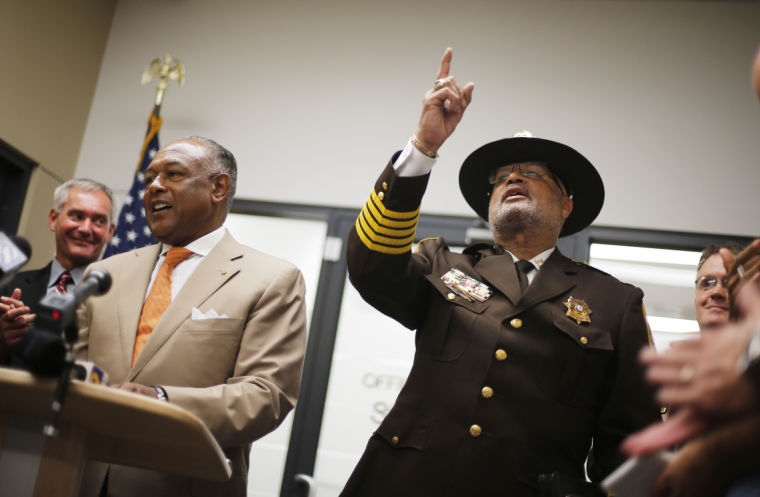 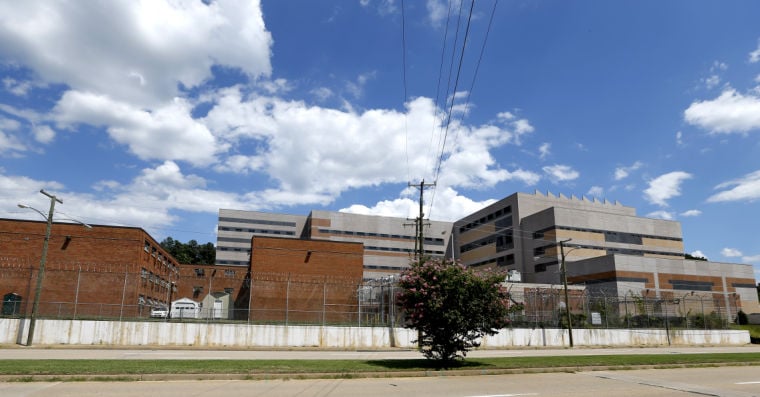 Richmond’s mayor and sheriff on Monday formally opened the city’s new jail, a structure that is on budget and – unlike its predecessor – sporting a significant number of empty beds.

The six-story, 430,000-square-foot, air-conditioned jail along Fairfield Way replaces one roughly half its size that was built in the 1960s. That facility, which lacked air-conditioning, had long suffered from significant maintenance issues and routinely held between 1,300 and 1,500 inmates even though it was constructed to accommodate 880.

“Through blistering heat, unceasing overcrowding and crumbling infrastructure, we have made it,” a beaming Woody said outside his second-floor office suite Monday afternoon.

Mayor Dwight C. Jones said various city departments, including the office of Commonwealth’s Attorney Michael N. Herring, had worked hard to ensure that the new jail not be overwhelmed by large numbers of inmates who might otherwise qualify for alternatives to incarceration.

In recent months, Herring’s prosecutors took the lead with several measures that helped reduce the number of inmates at the Richmond City Jail, including steering certain non-violent offenders to a newly established Day Reporting Center for counseling and job services, trying to help people in need of mental-health services find alternatives to incarceration, trying to determine who might be good candidates to home electronic monitoring and making bond easier to obtain for certain non-violent defendants.

The result was that in a matter of months, the daily inmate count at the jail dropped by roughly 400, and Woody and Mayor Dwight C. Jones voiced hope Monday that the population at the new facility might drop even lower.

“Jail should be the last option, and not the first,” Jones said.

Chris Beschler, the city's deputy chief administrative officer of operations, said the new jail remains on target to come in at its budgeted cost of just under $134 million. The city's contract with Tompkins-Ballard Joint Venture calls for the company to complete its work by Dec. 3.

Now that the inmates have all been transferred to the new jail, Beschler said, work crews will turn their attention to environmental abatement of the old facility, renovation of the women's annex, demolition of the jail and final site work, which includes landscaping and parking lot construction.

Beschler said he is confident the job will be finished by the contractually agreed-upon date.

Jones said 47 percent of the work on building the new jail – roughly $54 million worth of business – went to minority contractors.

The public lobby inside the Richmond City Justice Center.