Richmond posted a $16.9 million surplus for the fiscal year that ended in June, the Richmond City Council learned Monday as Mayor Levar Stoney’s administration gave an on-time presentation of an annual report that had been late the previous three years.

The sum — about 2.4 percent of the of the city’s general fund for the budget period that ran from July 1, 2016, through June 30 — exceeds what council members were anticipating to have left over.

“I’m certainly excited for the additional revenue for the city and the help we can provide our citizens because of it,” said Chris Hilbert, the council president and 3rd District representative.

The surplus was disclosed during a presentation of the city’s 2017 Comprehensive Annual Financial Report, an accounting of revenue and expenditures during the previous fiscal year that each locality in Virginia must submit to the state.

Richmond has not turned the report in on time in several years. During former Mayor Dwight C. Jones’ second term, turnover in the Finance Department and the botched rollout of an accounting system were blamed for delinquent reports. Critics of his administration pointed to the late reports as examples of City Hall’s dysfunction.

In his inaugural address earlier this year, Stoney promised the report would be completed on time this year. Monday’s presentation was about three weeks before the Nov. 30 due date.

In brief remarks Monday, Stoney praised the Finance Department for meeting the deadline and said the on-time submission demonstrated the progress his administration is making in City Hall.

“I’m happy to report this document clearly shows that we’re clearly moving in the right direction and continue to strengthen Richmond’s finances as we told our friends in the credit-rating agencies on Wall Street that we would do,” Stoney said.

The council has already stashed portions of the surplus in fund reserves for four priorities: $2 million for the city retirement system; $2.4 million for a one-time, 2.5 percent bonus for the city’s general employees; $2 million for road and sidewalk improvement projects; and $1 million for lead abatement and other health and safety projects in Richmond Public Schools.

The remaining $9.5 million reverted to the city’s unassigned fund balance, a sort of savings account that the city doesn’t touch, save for some kind of unforeseen hardship or emergency situation. To use the money this year, the mayor would have to introduce a budget amendment, which the council would have to sign off on.

This is the second fiscal year in a row that the city has tallied a double-digit budget surplus. For fiscal year 2016, $13 million went unspent. The administration warned the council not to draw down the one-time funds earlier this year, citing concern that it could be detrimental for the city’s bond rating.

An estimate in a quarterly financial report sent to the council in August projected the surplus would tally about $7 million. Last month, the council staff predicted the figure could tally $15 million.

Ellen Robertson, the 6th District councilwoman, said the council was anticipating a substantial figure and took steps to plan for it.

“We felt that it was going to be a fair amount,” Robertson said. “That’s why we put some of those fund reserves in place.”

John Wack, the city’s director of finance, said the variance between the estimate in the quarterly report and the final figure in the CAFR was due to certain departments underspending their budgets. He pointed to Public Works, which had $3.9 million left, and the Fire Department, which didn’t spend $3.8 million it was allocated, the CAFR shows.

Greg Bussink of CliftonLarsonAllen, the city’s external auditor, told council members he issued a clean opinion in the document, meaning the city’s books were in order.

“That’s the best opinion you can get. That’s what you want,” he said. 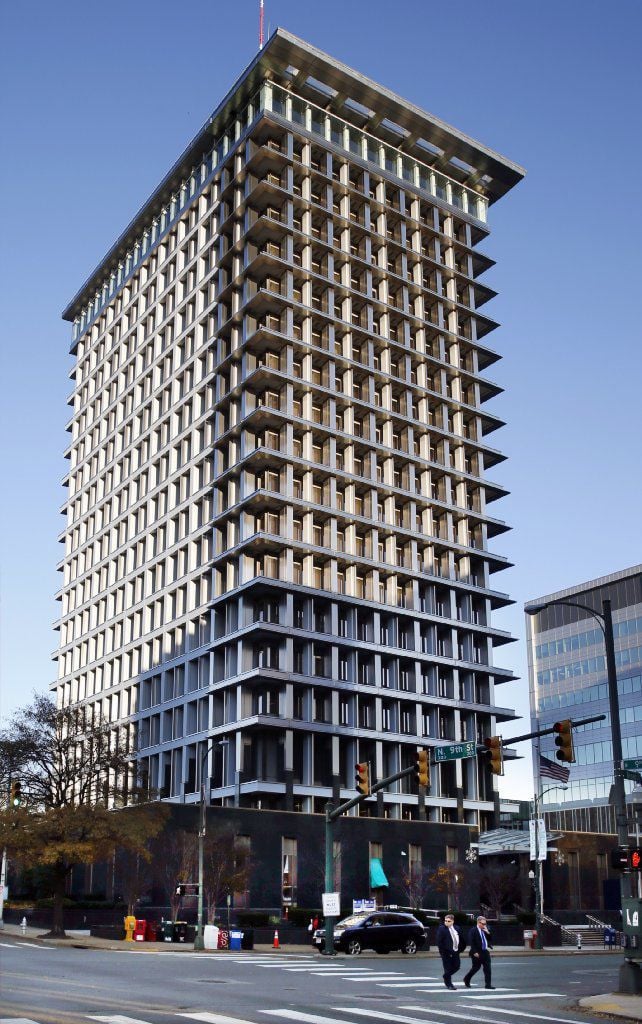