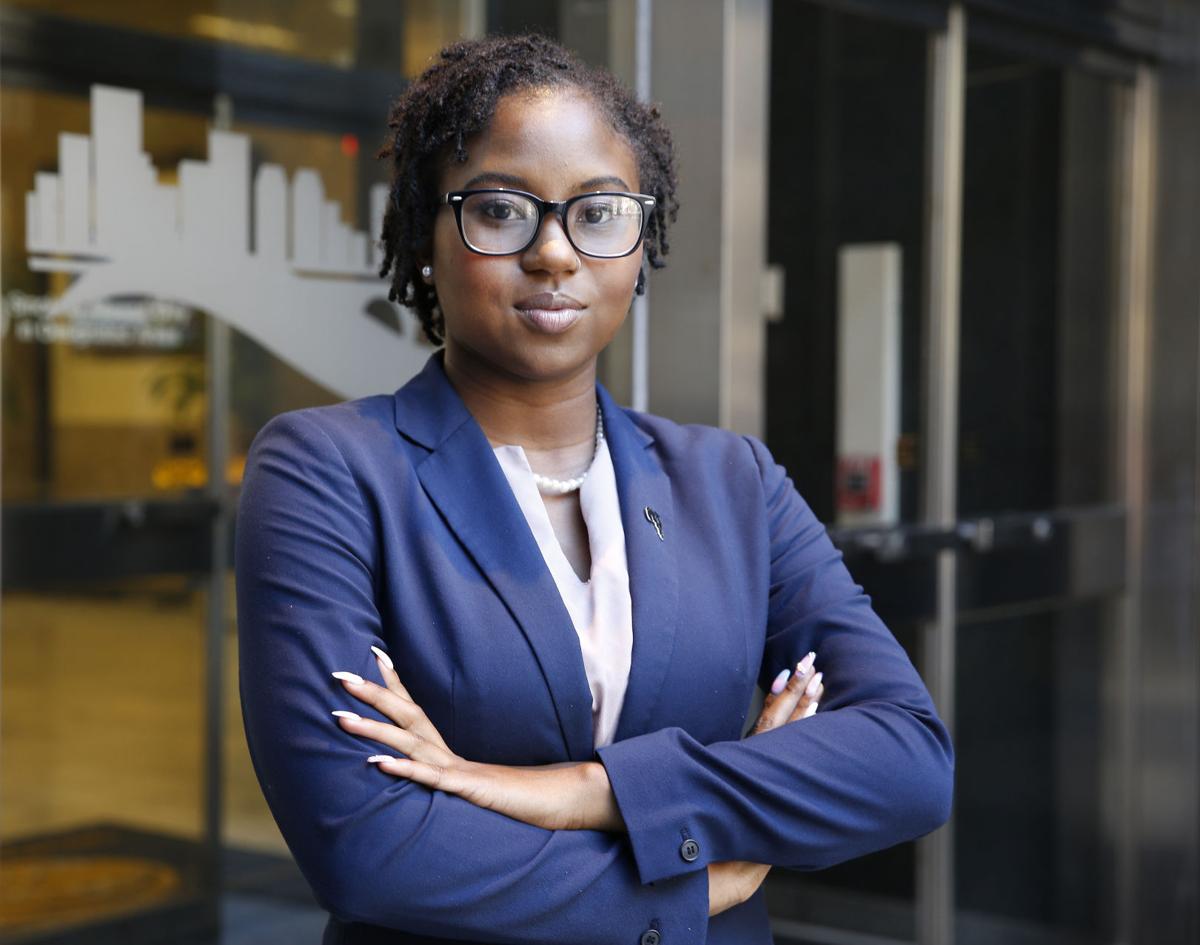 Riqia Taylor, 21, a senior at Virginia Common-wealth University, is the chairwoman of the city’s human rights commission task force. 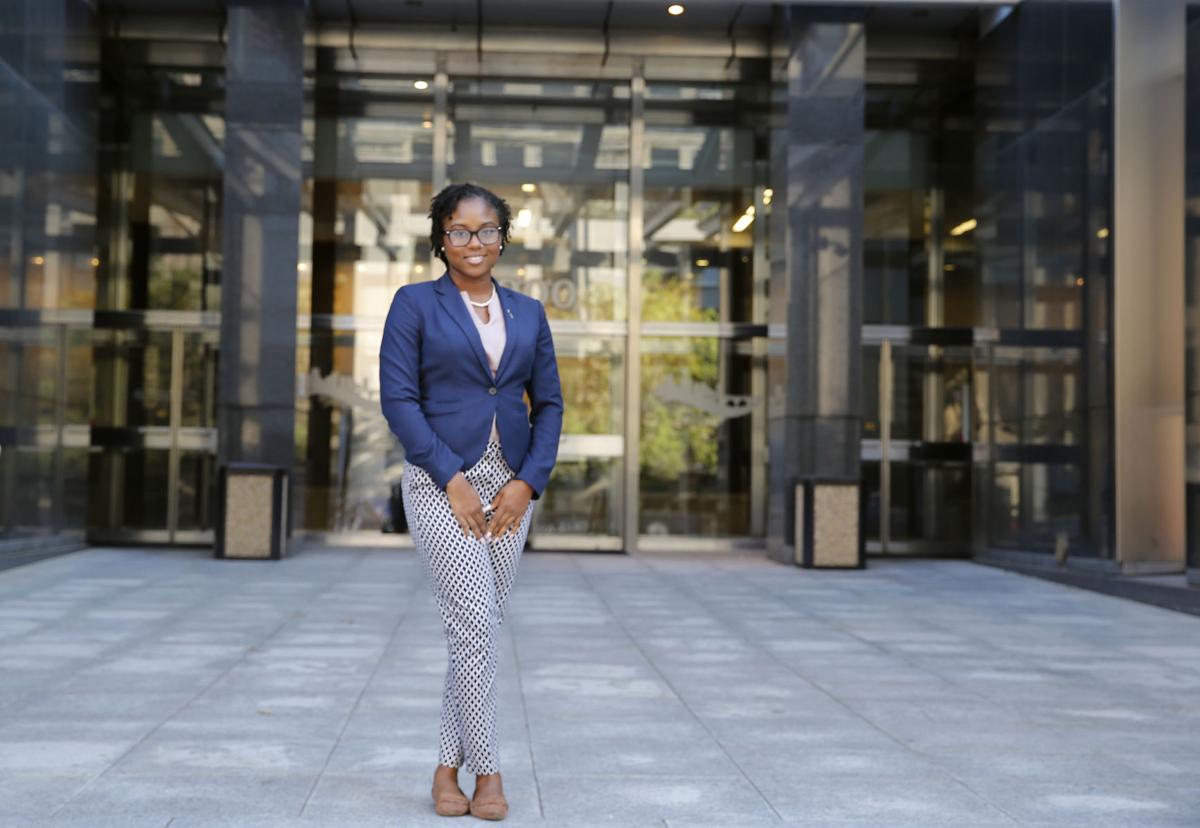 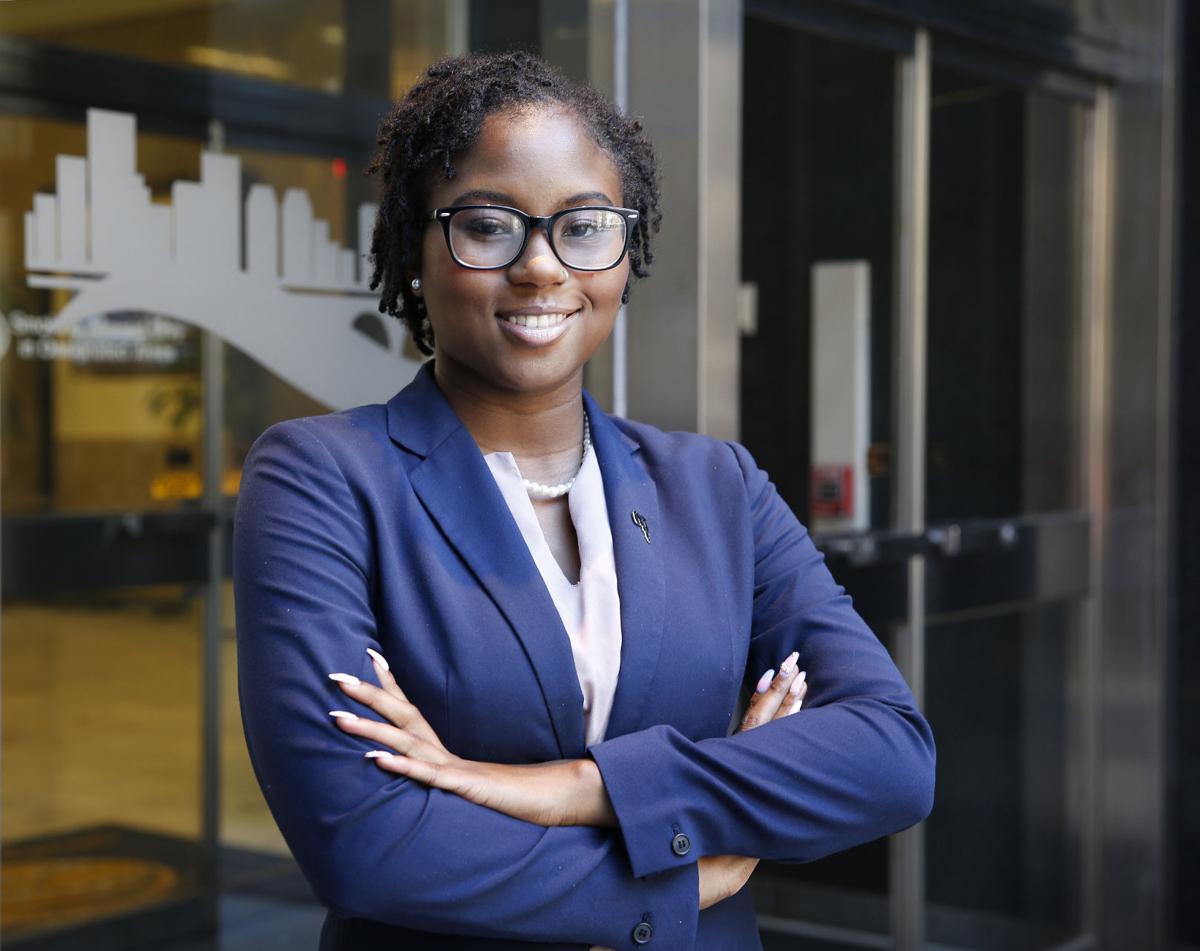 That’s what Riqia Taylor, 21, remembers after accompanying a friend who reported a sexual assault to the police. As if mustering the courage to speak up about the assault wasn’t difficult enough, the friend had to contend with what Taylor believed was dismissive treatment from the officer fielding the complaint.

The more Taylor thought about it, she began questioning whether her friend’s age affected how the officer treated her friend, and ultimately, how police responded to the report.

“To this day, nothing has been done about it,” Taylor said. “I felt like it was an age thing. If it was a middle-aged person or someone who wasn’t in school, the conversation would have been different.”

The situation lit a fire under Taylor, now a senior at Virginia Commonwealth University who is majoring in African-American Studies.

She juggles her class schedule, volunteer work with city high school students and position as chairwoman of the city’s task force for the establishment of a human rights commission, an effort 6th District Councilwoman Ellen Robertson credits Taylor with spearheading.

As a student at Warwick High School in Newport News, Taylor served for two years on the city’s human rights commission, which is run through its housing authority.

After Taylor enrolled at VCU, she wondered why Richmond didn’t have a similar local commission dedicated to providing the opportunity for recourse to individuals who believed they had been victims of discrimination.

The thought resurfaced after her friend’s interaction with police.

“If that person would have had someplace to go to, a body or entity like a human rights commission could have said, ‘Let’s walk through this. Let’s look at these steps. Where can we go from here?’” Taylor said.

By chance, Taylor met Robertson at a festival last summer.

In a later conversation with the councilwoman, Taylor advocated that forming a human rights commission in Richmond could build a more inclusive city, Robertson said in an interview.

“She fully felt that the human rights commission wasn’t so much always about the consequences of not providing people with their human rights,” Robertson said. “She was just so moved by the opportunity to provide people the ability to determine whether their rights were being honored.”

Last September, Robertson proposed to the council forming a task force to study whether the city needed a human rights commission, and what, if any, duties that body could perform. The council signed off on the task force last November and appointed Taylor and four others to it in February.

Most of the survey’s 400-plus respondents said they did not think they had been victims of discrimination. However, a vast majority said they believed the city needed a commission dedicated to human rights.

The survey shaped the task force’s discussion at a meeting last week as it endorsed the formation of a commission comprised of 13 volunteers, including two Richmond Public Schools students.

It recommended the commission serve an investigatory purpose and make recommendations to the mayor and the council on matters of community import. It should also direct citizens to resources and provide them access to educational materials, the task force determined.

“I personally think the education piece is the most important thing,” Taylor said. “I think right now in the city, that would be very powerful: to educate both the leaders of the city and the members of the community and making people aware of what resources are available to them. ... Some people don’t know.”

Giles Harnsberger, a member of the task force, said it was her hope that the commission’s work could eventually help city leaders root out certain types of discrimination.

“This commission would create a paper trail and precedent so that the city would have a better understanding of where, and against whom, discrimination is taking place, and therefore adjust its capacity to address it,” Harnsberger said at the task force’s meeting last week.

A report detailing the task force’s full recommendations was due to the council on Friday, but it was not provided to the Richmond Times-Dispatch before this story went to press.

Local human rights ordinances vary, but generally they prohibit what is forbidden under state law: discrimination in matters of employment, education, housing, public accommodations or credit because of race, color, sex, religion, national origin, age, disability, marital or familial status. Some also include sexual orientation as a protected class.

The local commissions vary in scope and function, but ones that are investigatory in nature lay out steps for filing a formal complaint and an adjudication process to determine if a complaint is founded.

In Fairfax County, that process can include a public hearing that unfolds like a court case, where each side makes opening statements, presents an argument that is cross-examined and calls witnesses. Its board-appointed commissioners deliberate afterward as a jury would.

The county’s Board of Supervisors can then file a claim in court alleging a violation of the county’s human rights ordinance.

Richmond used to have what was called a Human Relations Commission with similar duties.

The council charged it with snuffing out discrimination and fostering “mutual understanding and respect” along social, racial, cultural and ethnic lines. It had the authority to accept formal complaints, hold hearings and review “tension-provoking” occurrences in the community, according to city code. It could consult with city attorneys and advise the mayor, council and chief administrative officer on issues that required action to resolve.

The reimagined version will likely be smaller in scope — at least to start — but once it gets off the ground, council members will look at expanding it, said Parker Agelasto, the 5th District councilman who co-patroned the task force resolution with Robertson last fall.

The national political climate, in which African-Americans, Latinos, Muslims, immigrants and people identifying as LGBTQ have pointed to unfair treatment and expressed a persistent fear for their personal safety, necessitates that the city provide an avenue by which it can field complaints and address issues of discrimination as they arise, Agelasto said.

“This is a moment in time when we very much need to demonstrate leadership to our citizens that everyone’s basic rights will be protected in the city of Richmond,” he said.

Robertson said she would lobby the council to implement the commission’s recommendations and fund during the next budget cycle a full-time position or positions to aid the body in its work.

“Let’s not put something in place and not provide the resources necessary to make it true,” she said.

Riqia Taylor, 21, a senior at Virginia Common-wealth University, is the chairwoman of the city’s human rights commission task force.