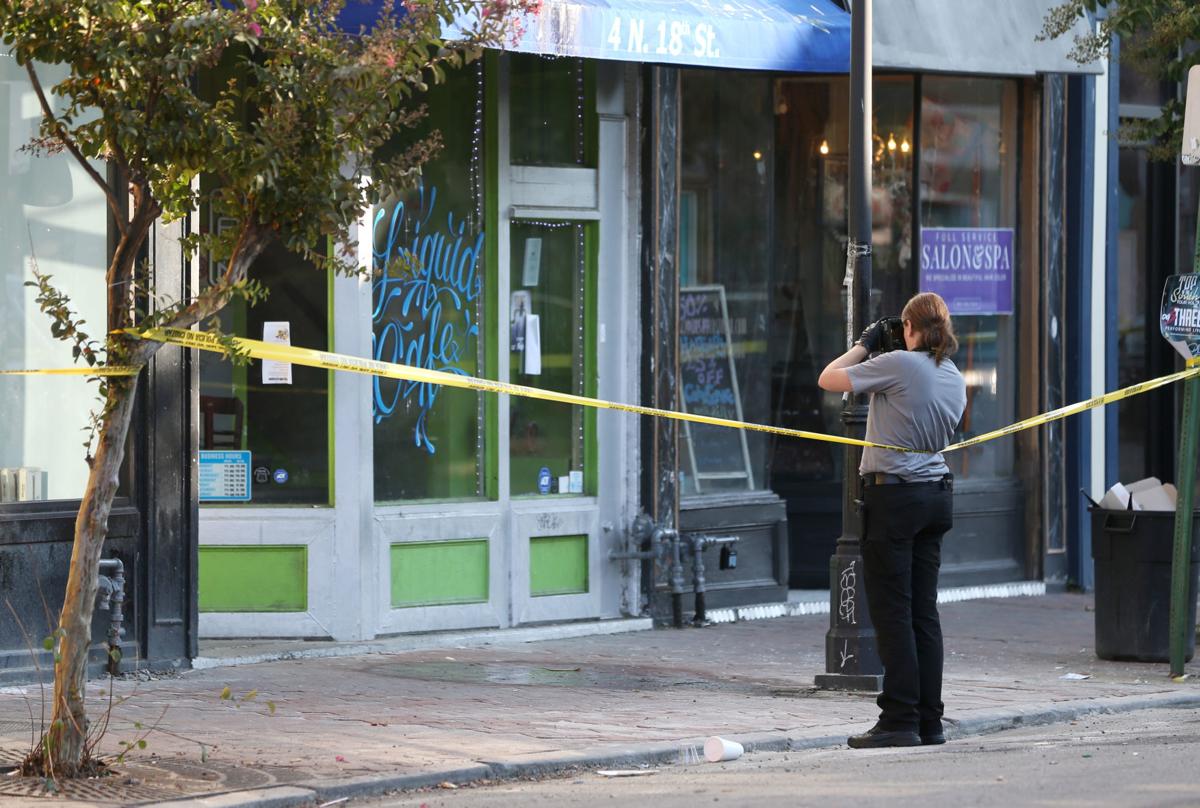 Police were on the scene in Shockoe Bottom after five people were shot and another person was injured at Liquid Cafe early Saturday morning. 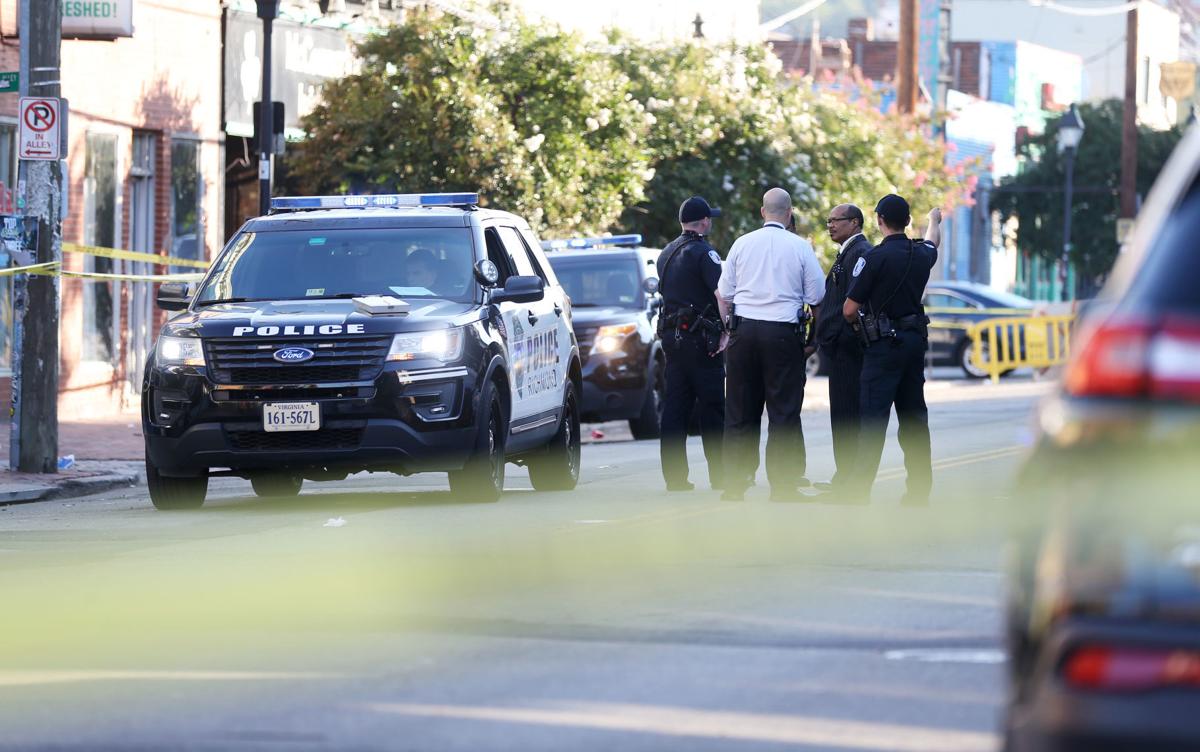 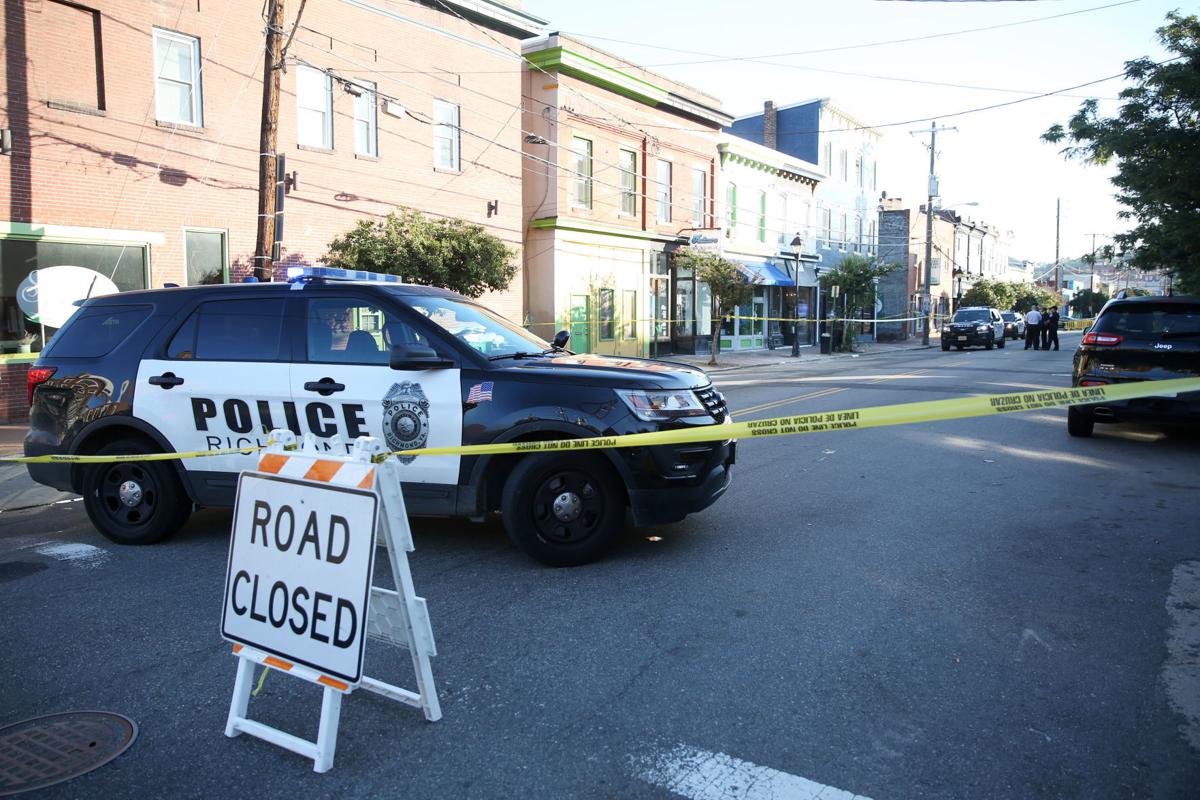 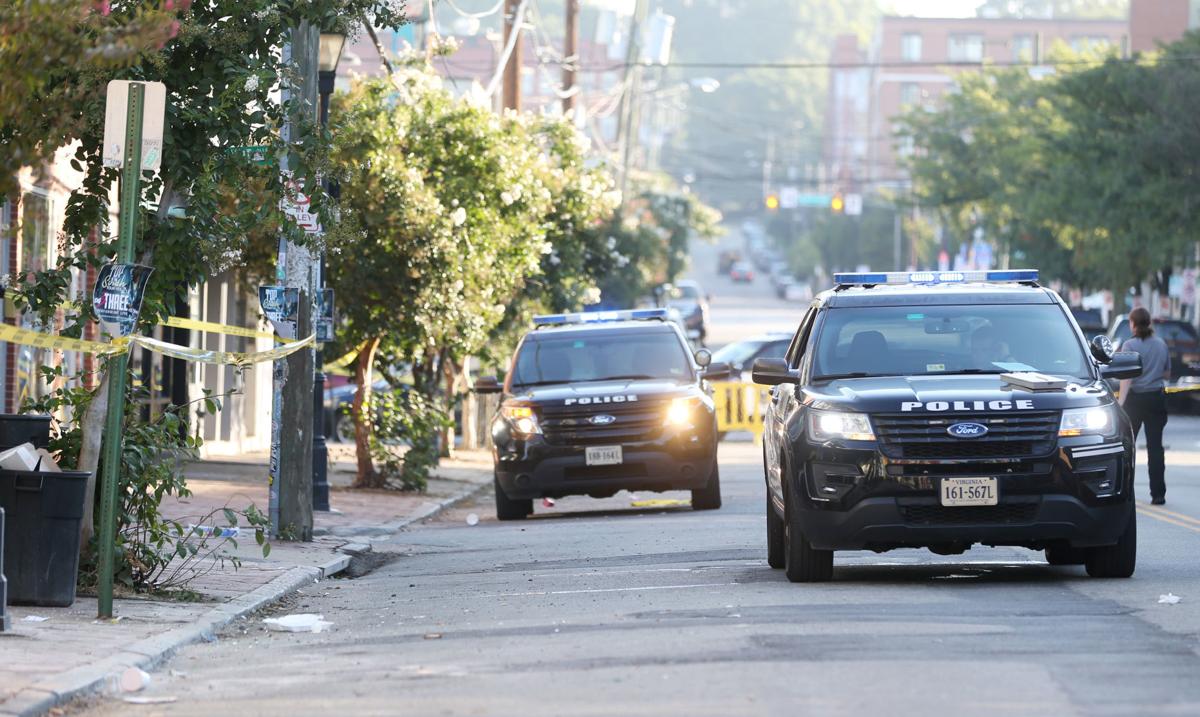 Five people were shot and a sixth person was injured early Saturday after two gunmen entered a restaurant in Shockoe Bottom at 5 a.m. with their faces covered, announced a robbery and opened fire, Richmond police said.

It was the second time in four days that multiple people were shot after midnight at businesses within a block of each other in the Bottom, which is an area where police already regularly patrol and block the streets on weekend nights.

Three people, including a bouncer, were injured Wednesday morning by a man who police say had been kicked out of the Plush Restaurant and Lounge in the 1700 block of East Main Street. Saturday’s shooting happened at Liquid Cafe around the corner from Plush.

The victims of both shootings are all expected to survive, and police are still trying to determine how the sixth person was injured at Liquid Cafe.

Richmond police said last week that they are looking into new strategies to curb a three-fold increase in aggravated assaults in the Bottom compared to last year. At least 11 people have been shot and four stabbed there this year.

“I am certain that we can all agree that this increasing gun violence in Shockoe Bottom is unacceptable. This cannot be the norm,” Richmond Police Chief Alfred Durham said in a statement Saturday. “Someone knows the perpetrators of this crime, and we need the public’s help.

“We are already working with several stakeholders in the Shockoe Bottom community, and we will continue to develop public safety strategies to reduce violence and bring a sense of calm to the area,” Durham said.

Around 9 a.m. Saturday, Liquid Cafe and much of the surrounding block of 18th Street were surrounded by yellow crime scene tape and blocked by police vehicles. About a half-dozen police officers and detectives combed the area near the restaurant, shooing people away from the cordoned-off area.

David Napier, president of the Shockoe Bottom Neighborhood Association, said Liquid Cafe is not active in the neighborhood group. He does not know who owns it.

“It’s pretty much known that they operate all night long,” he said.

Liquid Cafe is licensed by the Virginia Alcoholic Beverage Control Authority to sell beer and wine and has a mixed-beverage license, according to agency spokeswoman Dawn Eischen.

“We are currently investigating and any facts discovered during this investigation will determine if ABC action is necessary,” she said in a text message. “Our Bureau of Law Enforcement conducts public safety investigations when an act of violence has resulted in death or bodily harm in or near an ABC-licensed establishment.”

A call to the restaurant was not answered Saturday. The voicemail box was full.

Eischen said Liquid Cafe was not licensed as a private club — a source of speculation Saturday on why it might have been open at such an unusual hour, past its listed closing time of 3 a.m.

“I got all these phone calls that said it looked like something had happened in front of my pub,” said Mac McCormack of McCormack’s Irish Pub, who had ventured down to the block Saturday morning to check on his establishment.

Napier said Saturday, “It’s sad we have to go through this so often.

“Activities down in Shockoe Bottom are not tolerated anywhere else in the city or the surrounding counties,” he said. “It’s an area where people can come and act foolishly and not have consequences.”

“This kind of scrutiny is needed of the clubs down there,” Napier said of the fresh wave of police and ABC attention, adding there are restaurants and clubs trying to abide by the law that “are being pushed out of business by a few bad actors.”

In Wednesday’s case, police said 25-year-old Darroll G. Allen of Chesterfield County had been kicked out of Plush before returning to the club about 2 a.m. and began shooting outside, striking a bouncer, another man and a woman.

Allen has been charged with malicious wounding and a related firearm charge in connection with the shooting. More charges are pending, according to police.

On Friday, ABC suspended Plush’s license to sell beer and wine and revoked its liquor license after an initial investigation of the shooting, according to Eischen.

The suspension will remain in effect pending the results of a formal investigation, she said, though a business can apply for a restricted license.

“Virginia ABC believes that there is a continued threat to public safety at this establishment and these actions are necessary to protect the health, safety and welfare of the public,” Eischen said.

The club’s mixed-beverage license was on temporary status because of prior concerns about the business.

Police were asking anyone with information about the robbery to call Major Crimes Detective Nathan Reese at (804) 510-4183 or contact Crime Stoppers at 780-1000 or at www.7801000.com. The P3 Tips app for smartphones may also be used. All three Crime Stoppers methods are anonymous.

One resident who lives about a half-block from the shootings was incredulous when told there had been an armed robbery at Liquid Cafe, saying she didn’t hear anything.

Lesa Fleet, an artist who was preparing to open Shockoe Bottom Clay Gallery, said she learned about the shootings from the news.

“I’ve seen this place go up and down since 2004 because I used to be at the market,” where she sold ceramics and jewelry, she said. “It’s gotten better. It’s just a few (expletives) who don’t care.”

Police were on the scene in Shockoe Bottom after five people were shot and another person was injured at Liquid Cafe early Saturday morning.