Richmond's former interim police chief, who led RPD for 11 days during protests, sues city over his firing
0 Comments
Share this
1 of 2 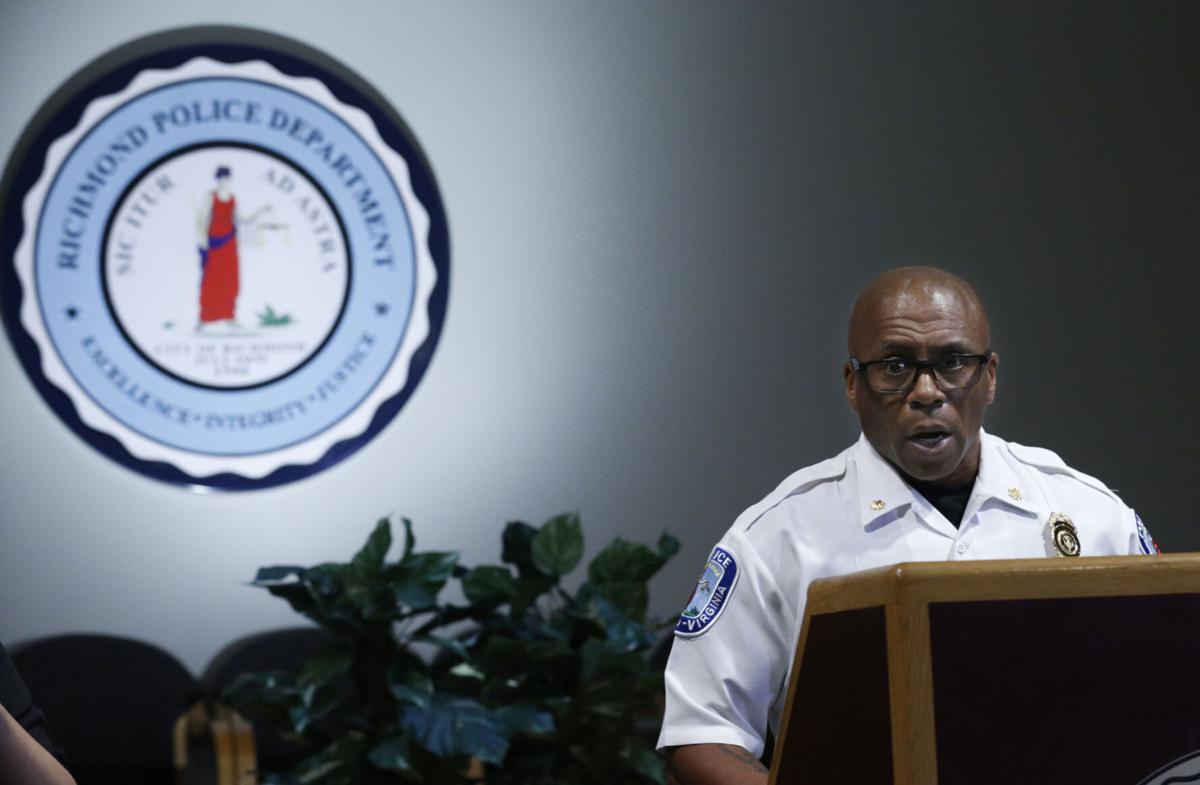 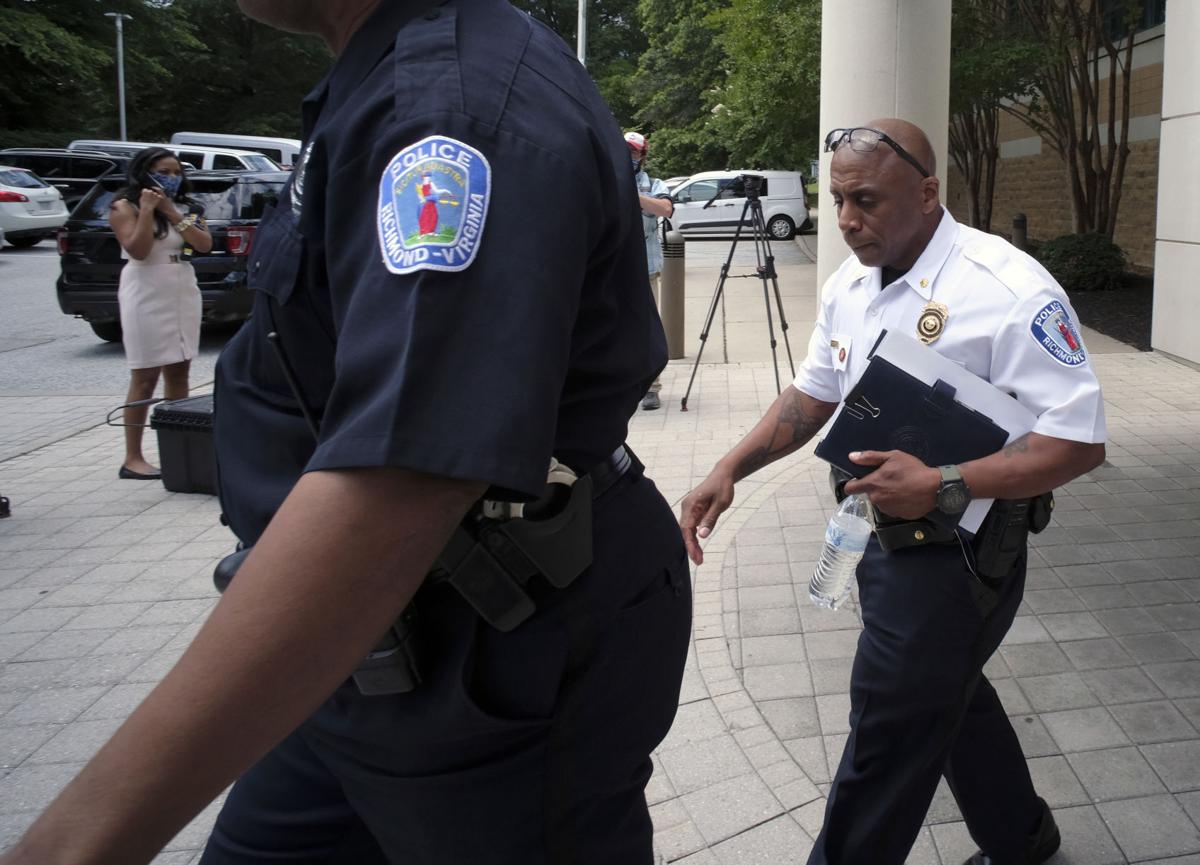 William “Jody” Blackwell, who temporarily took the helm of the Richmond Police Department at the height of civil unrest in the summer of 2020, is suing the city for wrongful termination and breach of contract.

Blackwell was installed as interim police chief on June 16, 2020 and served in that capacity for only 11 days, during which time “he refused an order of Mayor [Levar] Stoney that Blackwell have his officers stand guard over the emergency removal of Richmond’s city-owned Confederate monuments,” according to the lawsuit he filed earlier this year, alleging that is why he was then fired from the department in February 2021.

A spokesman for Stoney’s office declined to comment saying “the city does not comment on pending or ongoing litigation.” But in response to Blackwell’s complaint, the city’s attorneys said the city cannot be sued under sovereign immunity.

Blackwell is asking for $5 million in compensatory and punitive damages, according to the civil suit. It also states that he “is entitled to reinstatement to his former position, back pay, front pay and his full pension benefit without forfeiture.”

On Monday, the case was continued generally, which means a new hearing date has not be set.

In mid-June 2020, Blackwell replaced former Police Chief William Smith, whom Stoney had asked to resign the same day he elevated Blackwell to the post after what appeared to be escalating clashes between protesters and police officers in the days prior to the announcement. Blackwell had initially interviewed for the chief’s position before Smith had been selected, the lawsuit said. Once Smith took office, he promoted Blackwell to major, and Blackwell served as Smith’s chief of staff.

The suit alleges that on June 24, 2020, “Stoney requested that RPD officers stand watch while private contractors removed various monuments. Blackwell told Mayor Stoney that he refused to allow RPD officers to stand watch as such action would violate Virginia law and could expose his officers to criminal liability.”

The law Blackwell cited made it illegal to “disturb or interfere with any monuments or memorials for any war or conflict.” That law had been amended by the General Assembly, but didn’t take effect until July 1, and also required several steps that authorities had to take before removing any war monument.

Two days later, Stoney again met with Blackwell, as well as the police department’s general counsel, according to Blackwell’s suit. Both men told Stoney “that it would be illegal to have the RPD involved in removal of the monuments,” the suit read.

Stoney then asked the department’s attorney to leave the meeting and told Blackwell it would best if he stepped down, the document read. Stoney then announced that Gerald Smith would take over effective July 1, 2020. The first of the city’s Confederate iconography, Stonewall Jackson atop a horse, came down that day.

Afterward, Blackwell returned to a position as a major within Gerald Smith’s command staff. It was Smith, not Stoney who fired Blackwell, more than seven months later.

“On Feb. 2, 2021, however, Chief Smith informed Blackwell that his ‘services were no longer needed’ as the chief had a different ‘vision’ for the department,” the suit read. It goes on to say that Blackwell believes he was fired “in retaliation for refusing an illegal command.”

His suit alleges that when Stoney asked Blackwell to lead the department on June 16, Blackwell expressed concerns about the security of the position and his pension. That same day a letter was signed by the city’s then-acting chief administrative officer guaranteeing Blackwell a salary of $155,000 as interim chief, and confirming that if he were removed as interim chief, he’d return to his former position as major. The suit claims the latter stipulation was breached when he was fired by Gerald Smith on Feb. 2.

“In addition to losing pay and benefits as a result of being wrongfully terminated, Blackwell also will suffer forfeiture of tens of thousands of dollars of future pension benefits,” the suit said. “Blackwell was only 18 months from his pension being fully vested.”

The city is being represented by private attorneys Jimmy Robinson and Bret Daniel, who asked a Richmond Circuit Court judge to dismiss the claims saying the June 16 letter “is not an enforceable contract” and “it contains no binding obligation to maintain Blackwell’s employment with the RPD in perpetuity,” the court documents show.

After his dismissal in Richmond, Blackwell, who lives in Chesterfield County, joined Chesterfield’s police department in March. According to the department’s spokeswoman, he resigned in October.

A student at John Rolfe Middle School was burned by a lighter on Wednesday, according to Henrico County authorities, who are investigating the…

'They went above and beyond': Richmond officers help remove 10 people from motel during fire

An officer with Virginia Commonwealth University police has been indicted in Richmond Circuit Court for assault and battery, according to the … 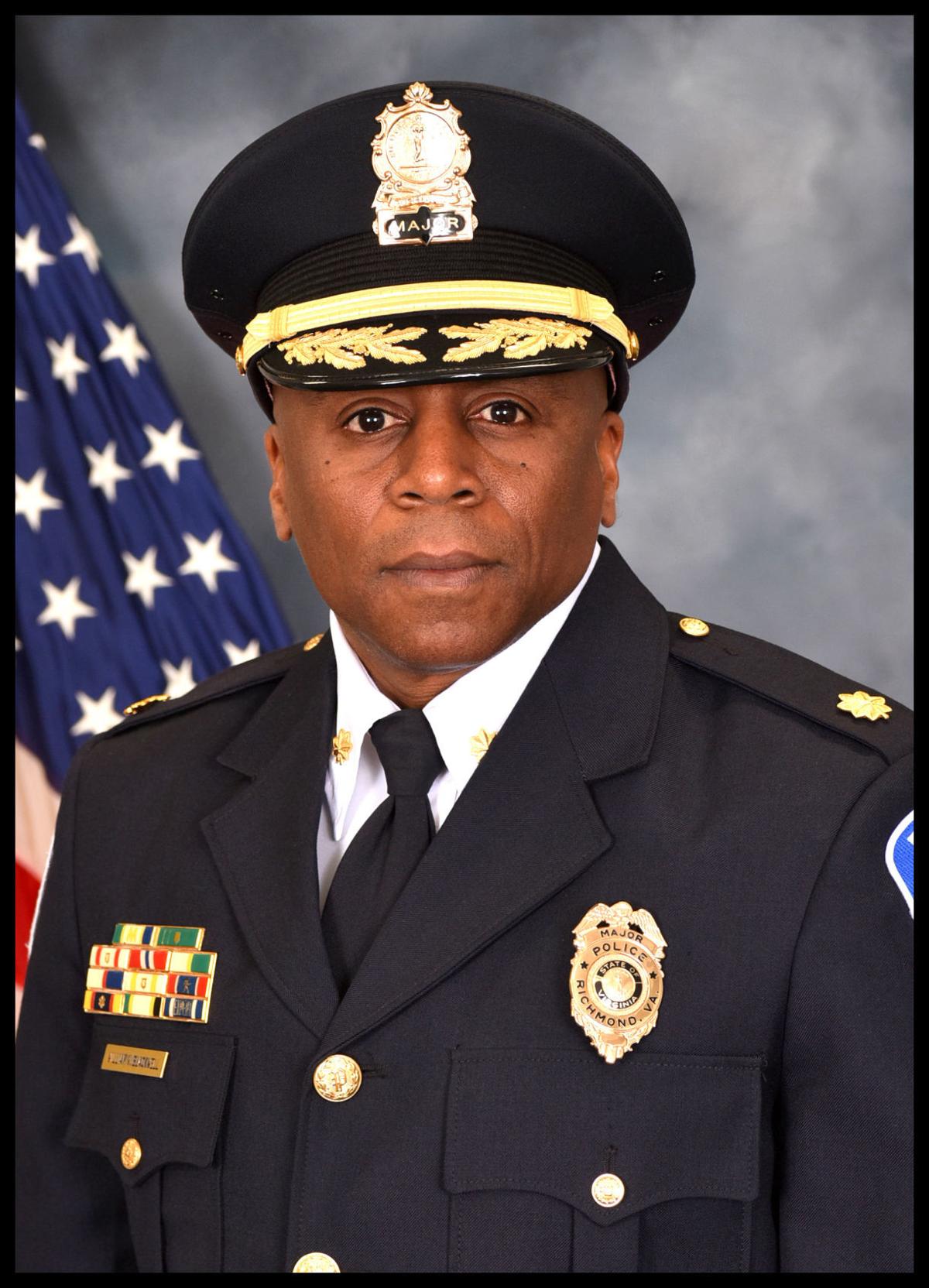