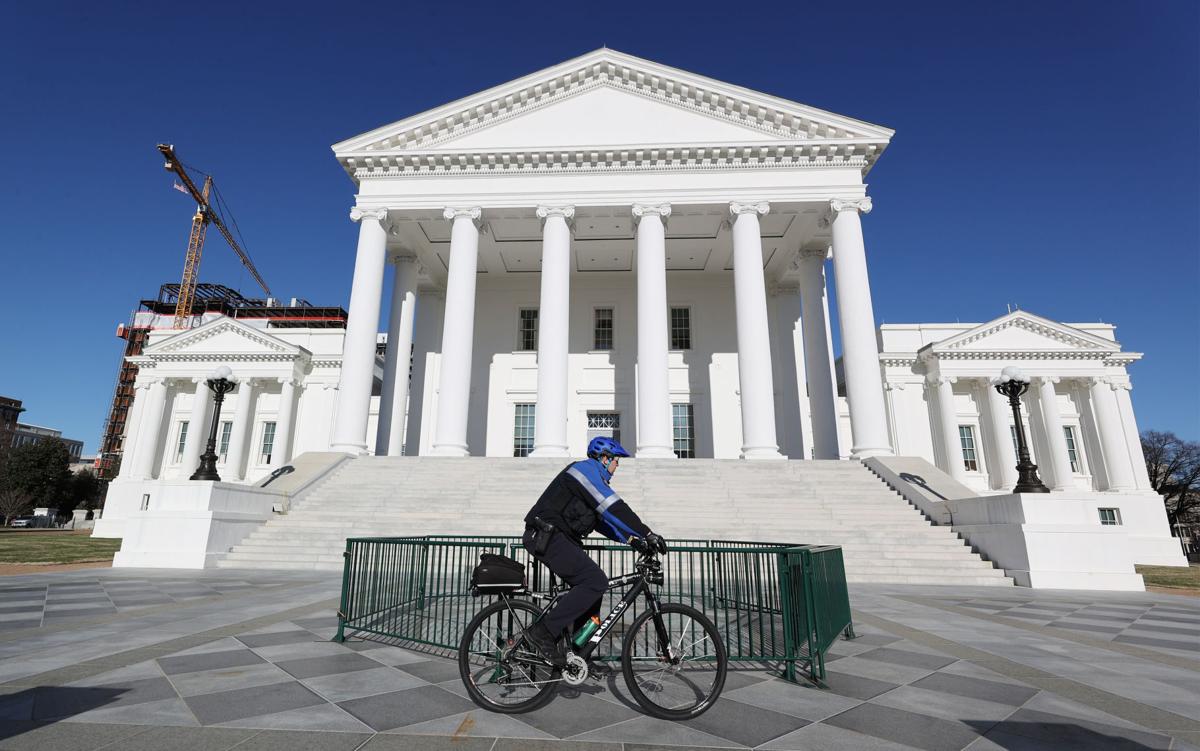 A Virginia Capitol Police officer rides his bike past the South Portico of the State Capitol in Richmond on Wednesday, Jan. 13, 2021. 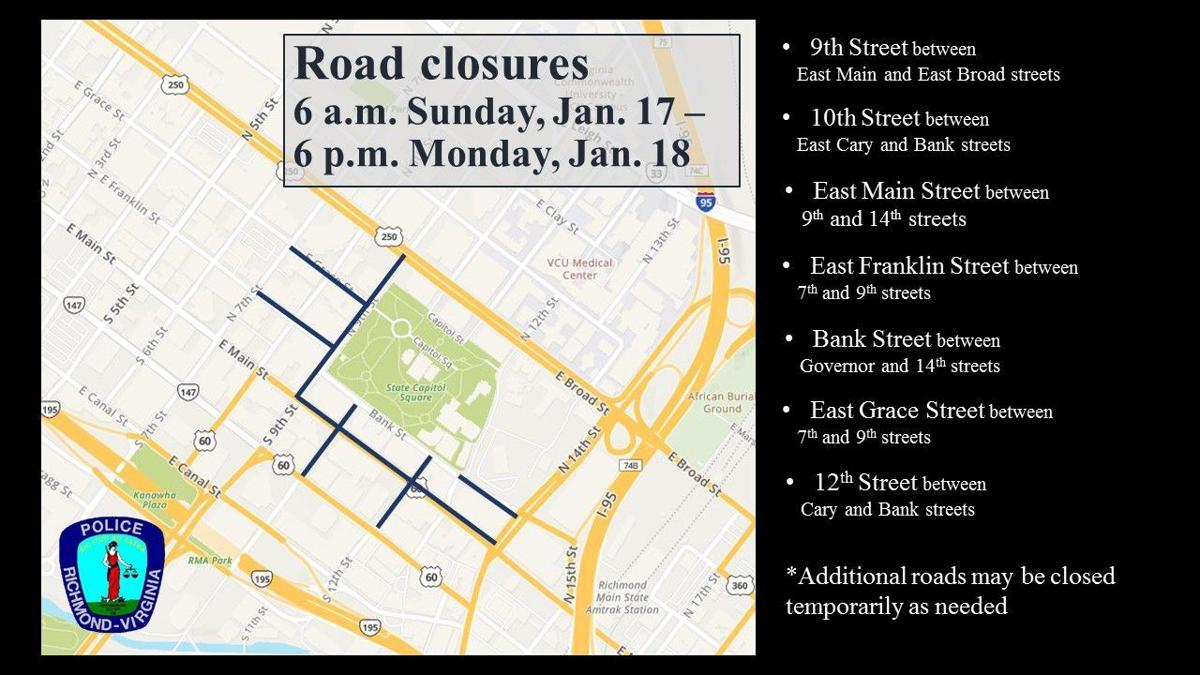 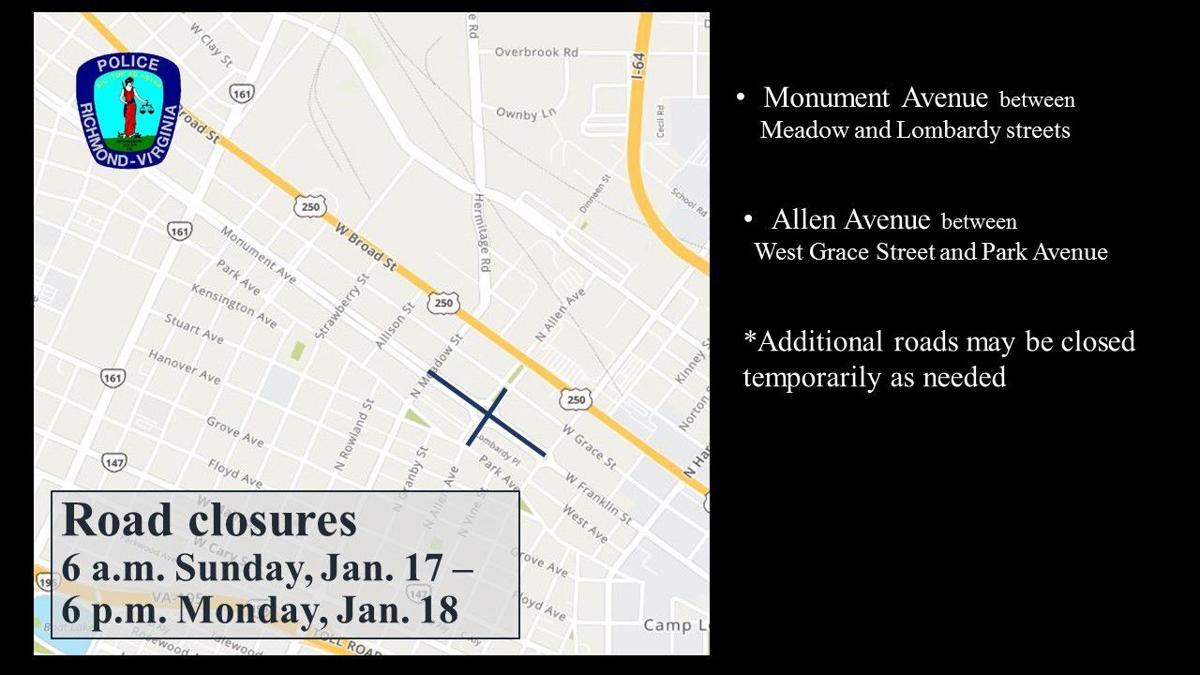 Richmond police and the state department that oversees Capitol Square are closing the grounds and streets surrounding the Virginia Capitol as precautions ahead of Monday’s Lobby Day and other demonstrations expected next week.

Citing “possible civil unrest,” the Department of General Services announced Wednesday that Capitol Square would be closed Thursday through at least Thursday, Jan. 21.

“Steps will be taken to enhance security for critical infrastructure, including installing additional fencing and fortifying buildings in and adjacent to Capitol Square, beginning Wednesday, Jan. 13,” said Dena Potter, director of communications for the department, in an email. “Access to all DGS-controlled buildings will be restricted from Saturday, Jan. 16 through Thursday, Jan. 21.”

Richmond police said that “signs prohibiting firearms will be placed throughout the city to inform those who may gather that firearms are prohibited at permitted events and events that would otherwise require a permit, as well as areas adjacent to such events.”

The signs reference a new city ordinance, unanimously approved by the City Council in September, that bans the carrying of guns at any event, whether or not it is formally permitted by the city. The ban also applies to any public area by an event, including streets, sidewalks, alleys and other public rights of way.

Proposed by Mayor Levar Stoney, the ordinance was intended to lower the risk of violent confrontation between protesters and police, or protesters and counterprotesters, as demonstrations against police violence and racial inequality continued across the country.

City police are also planning to close a least a dozen streets around Capitol Square starting at 6 a.m. Sunday until 6 p.m. Monday. Additional roads may be closed temporarily as needed, police said.

“If you live or work in the area surrounding Capitol Square and downtown, you should expect disruptions to your usual routines,” police said in a statement Wednesday.

Area police departments have re-created the Unified Command, first formed ahead of last year’s rally that brought about 22,000 Second Amendment activists to Richmond. The Unified Command includes the Division of Capitol Police, the Richmond Police Department, Virginia State Police, the Virginia Department of Emergency Management and others.

Additional information from the Unified Command, including up-to-date road closures and other advisories, will be available on Facebook and Twitter @VACapitol2021.

Road closures ahead of Lobby Day

The following roads will be closed starting at 6 a.m. on Sunday until 6 p.m. Monday:

* Additional roads may be closed temporarily as needed

Check out these amazing secret tunnels built under Liverpool

Biden: We have to act now on climate change

Biden: We have to act now on climate change

A Virginia Capitol Police officer rides his bike past the South Portico of the State Capitol in Richmond on Wednesday, Jan. 13, 2021.