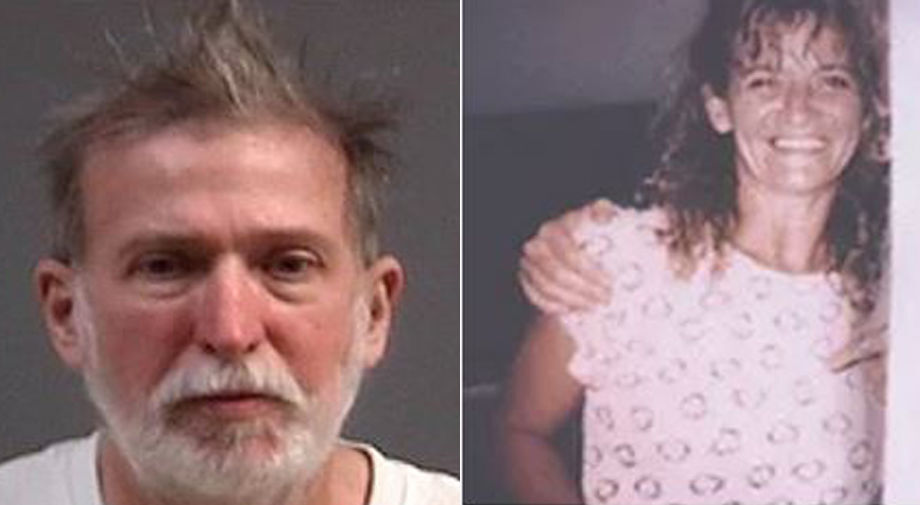 John Harvey Howard is accused of killing Linda Lunsford, his former girlfriend, 25 years ago. Her body was never recovered and her cause of death is unknown. 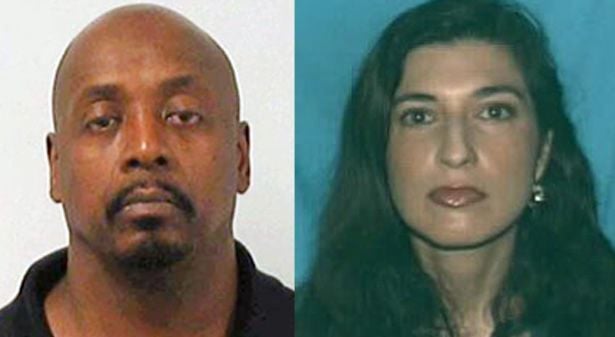 In April 2016, a Chesterfield jury found Michael Anthony Edwards guilty of second-degree murder in the disappearance and killing of Leyla Namiranian, whose body was never found. 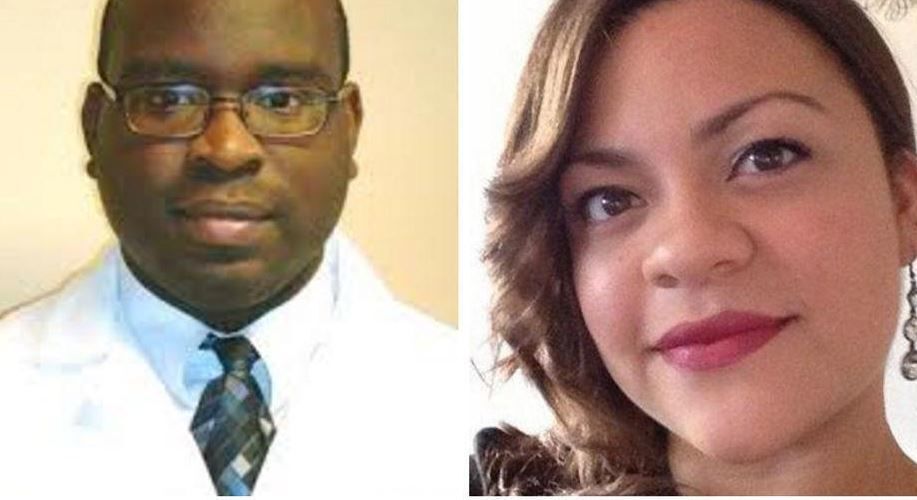 In December 2017, a Chesterfield jury found Dr. John E. Gibbs III guilty of first-degree murder in the death of Zulma L. Pabon, who disappeared on June 7, 2014. Her body was never found. 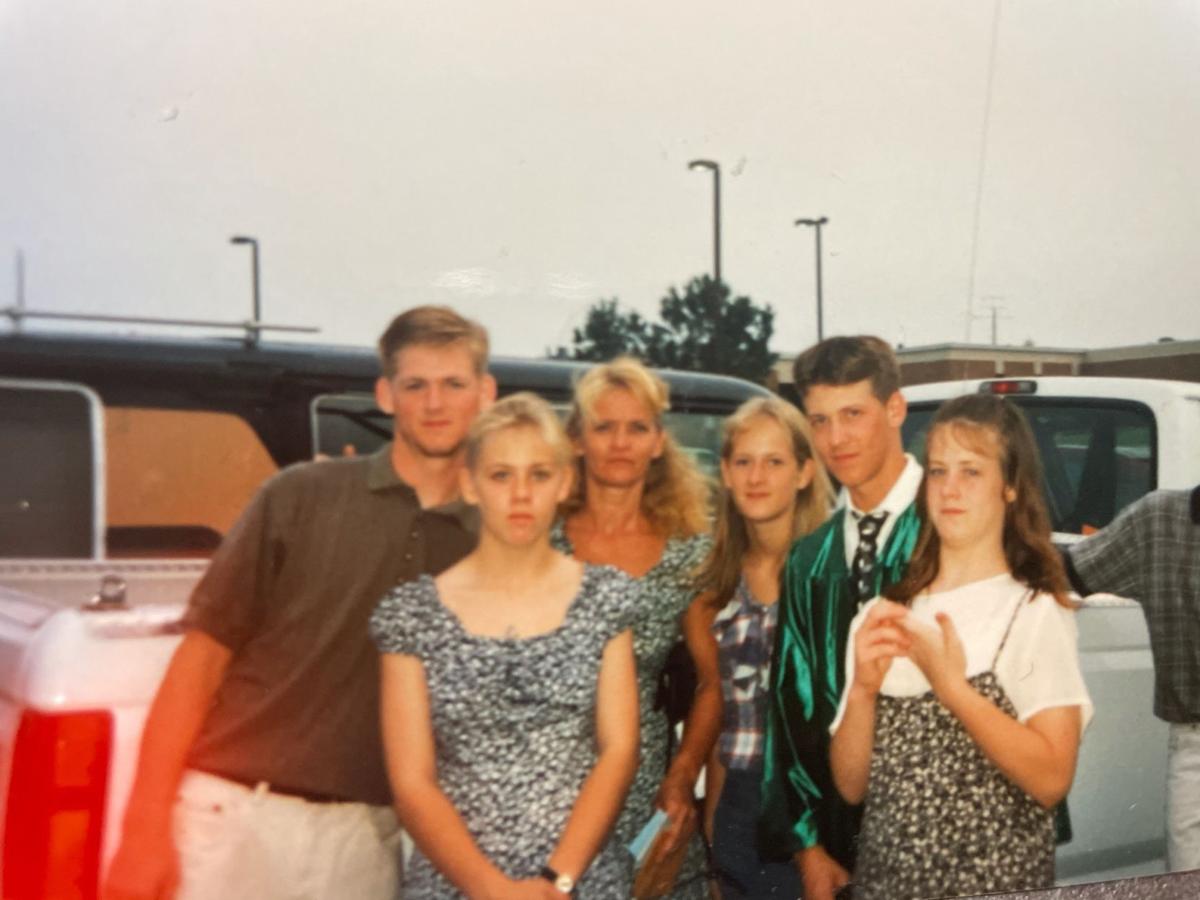 The family of Linda Lunsford (center), seen with her five children, reported her missing in 1996. Then-boyfriend John Harvey Howard is being prosecuted in her presumed murder.

The Chesterfield County Commonwealth’s Attorney’s Office on Thursday embarked on the prosecution of John Harvey Howard in the 1996 disappearance and presumed murder of his then-girlfriend, Linda Lunsford, in a rare, challenging case that will be tried without the victim’s body or a cause of death.

Howard, 62, appeared in Chesterfield Circuit Court via a video feed from the Chesterfield Jail as members of Lunsford’s family looked on. It’s been nearly 25 years since Lunsford, a 38-year-old mother of five, was last seen alive by her family.

She suddenly disappeared on Dec. 26, 1996, after she and her former boyfriend, Howard, finished their shifts at the Walmart just off Midlothian Turnpike in Chesterfield, the commonwealth’s attorney’s office said last week.

In 2009, police said Lunsford vanished after she had coffee with a co-worker at the McDonald’s in the Village Marketplace shopping center off Midlothian Turnpike. She went there after finishing her shift at the Walmart at 8:30 a.m. Her Nissan Sentra was found in front of the Food Lion store in the same shopping center.

After years of investigation, Howard, who lives in the 17500 block of Pouncey Tract Road in Hanover County, was indicted May 17 on a first-degree murder charge and arrested the following day with help from the U.S. Marshals Service Capital Area Regional Fugitive Task Force.

“We just felt that this is the right time to move forward with the case with the evidence that we have,” Chesterfield police Maj. Michael Louth said last week.

On Thursday, Howard told Circuit Judge Lynn Brice that he was unemployed and had no assets to hire an attorney, aside from a $186 retirement check he receives monthly. Brice granted Howard’s request for the court to appoint him an attorney at state expense. But the judge said she needed time to decide who was available and best qualified to represent him. The matter was continued to June 10.

“In cases where there is no body recovered, there can be no autopsy, no photographs of injuries and clothing, etc.,” she added. “Under those circumstances, prosecutors must present a large amount of circumstantial evidence, rather than the direct forensic evidence that jurors typically expect to see.”

Davenport said that when dealing with a cold case killing, prosecutors have to be cognizant of the fact that the jury looks through the lens of the present day to consider evidence that was collected numerous years ago. As a result, prosecutors must make efforts to remind the jury of what the world was like when the crime occurred.

“The changes in technology, science and society after the crime occurred can be significant,” she said. “Jurors may desire modern ‘CSI-like’ evidence even though it isn’t available.”

Despite the rarity of bringing homicide cases to trial in Virginia without the body of the victim, Chesterfield has succeeded twice in prosecuting two men for killing their girlfriends in separate cases in 2016 and 2017.

In the first case, prosecutors convinced a jury in April 2016 that there was enough evidence to convict the former boyfriend of Altria executive Leyla Namiranian of her murder, even though her body was never recovered and there was no direct forensic evidence tying him to the crime.

The victim’s journal — which included entries on Namiranian’s relationship with the defendant — along with a wealth of other circumstantial evidence — such as expert analysis of the defendant’s cellphone records — were enough for jurors to find Michael Anthony Edwards, then 56, guilty of second-degree murder in Namiranian’s April 2012 disappearance and death.

Nineteen months later, a former Sheltering Arms physician who made no effort to find his longtime girlfriend after she disappeared 3½ years earlier was found guilty of her murder after prosecutors persuaded jurors with an abundance of circumstantial evidence — but without a body or a cause of death.

Jurors deliberated just under nine hours before reaching their verdict, finding John E. Gibbs III, then 40, guilty of first-degree murder in the June 7, 2014, disappearance of Zulma L. Pabon, then 26, who was a nurse at Bon Secours St. Francis Hospital. Jurors recommended Gibbs serve 50 years in prison, which a judge imposed in March 2018.

Veteran defense attorney Greg Sheldon, who represented Edwards in Namiranian’s disappearance and death, said one of the most challenging aspects of defending someone when no body has been recovered is “you have no idea what the cause of death is.”

“I’ve [represented defendants] in around 40 homicides, and with the average case you know exactly what caused the death,” he said. “You know if it was a knife or strangling or a gunshot. But in cases like this, because you have no body, you have no idea. And so they are the most circumstantial of cases.”

In the Edwards case, “it was just kind of in the back of my mind that, what if something else happened?” Sheldon said. “What if it was an accident? What if she’s still alive and had taken off?”

“Every six or seven months there’s an article I see in the paper about someone resurfacing who had been gone a number of years without a trace,” he added. “So there’s that lingering doubt.”

Another difficulty is trying to gauge whether the victim’s death was premeditated murder or something less, like manslaughter or a heat of passion killing.

Another hurdle for the defense is in jury selection, Sheldon said. In the Edwards case, prosecutors “brought in many more [prospective] jurors than they would normally bring in,” he said. “And a lot of them expressed concern about convicting somebody without a body.”

Those prospective jurors were removed on grounds they likely would be unable to render an impartial verdict, “so you kind of lose that potential for reasonable doubt,” Sheldon said.

“Everybody else on the jury answered, yeah, they could absolutely consider that, despite the fact there’s no body and there’s not going to be a cause of death from a medical examiner,” he said.

John Harvey Howard is accused of killing Linda Lunsford, his former girlfriend, 25 years ago. Her body was never recovered and her cause of death is unknown.

In April 2016, a Chesterfield jury found Michael Anthony Edwards guilty of second-degree murder in the disappearance and killing of Leyla Namiranian, whose body was never found.

In December 2017, a Chesterfield jury found Dr. John E. Gibbs III guilty of first-degree murder in the death of Zulma L. Pabon, who disappeared on June 7, 2014. Her body was never found.

The family of Linda Lunsford (center), seen with her five children, reported her missing in 1996. Then-boyfriend John Harvey Howard is being prosecuted in her presumed murder. 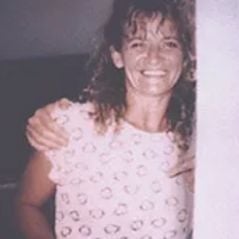 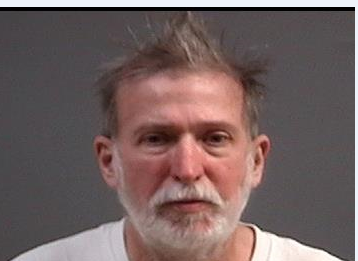