A Chesterfield County judge on Wednesday rejected a highly unusual plea deal that would have resulted in a 55-year-old man with a lifetime of psychiatric disorders being found guilty of killing his mother, but not guilty by reason of insanity of killing his father in a double slaying that occurred within the same time frame.

It was the second time in five weeks that Chesterfield prosecutors and the attorney representing Robert Raff tried pitching an agreement that would hold the defendant criminally culpable for killing his mother but not legally responsible for killing his father in the family’s Midlothian home sometime between Jan. 31 and Feb. 2, 2019.

Two clinical psychologists — one each for the prosecution and defense — earlier determined that Raff was insane at the time of both killings.

“Explain to me how he can be guilty of one and not guilty of the other?” Circuit Judge David E. Johnson asked Chesterfield prosecutor Stephen Sharpe and defense attorney Jon Thornbrugh during Wednesday’s hearing. “Are you not insane for both [killings]?”

While experiencing bizarre delusions, Raff attacked his 86-year-old father, Jan C. Ralph, and cut off his head with an ax. He then handcuffed and shocked with a Taser his 79-year-old mother, Victoria S. Ralph, before stuffing her alive in a “work box” in the garage, Sharpe told the court in a summary of evidence. The state’s medical examiner has said that Victoria Ralph died of blunt-force trauma to her head.

After the killings, Raff drove north out of state, but was stopped by police in Avon, Ohio, for driving in the dark on three tires and a rim with no headlights. Officers soon realized — by Raff’s revealing, unsolicited comments — that they had detained a potential murder suspect from Virginia.

Raff, wearing tactical clothing and body armor, admitted killing both parents. After being taken into custody, he told the arresting officer that he “chopped his father’s head off with an ax” and shocked his mother with a Taser to “shut her up” before putting her into the work box.

Chesterfield police, responding to a call to check on the welfare of the Ralphs, initially found only Jan Ralph’s headless body under a rug in the family’s home in the 1000 block of Castle Hollow Road about 4:30 p.m. Feb. 2, 2019. Officers located the victim’s head in a trash bag in the garage, Sharpe told the court.

Chesterfield officers didn’t locate Victoria Ralph’s body until police in Avon, Ohio, told them where to look based on Raff’s confession.

Both victims had devoted their lives to helping their mentally disturbed son and aided him in getting the help he needed to live a relatively stable life, family and friends have said.

Both were respected professionals. Jan Ralph had worked for the United Nations for more than 25 years and had retired as the organization’s chief of communication services. His wife, who went by Vicki, was the former administrator of the psychiatry department at Brookdale University Hospital Medical Center in Brooklyn.

Raff, who legally changed his birth name of Robert James Ralph, lived with his parents in Midlothian since they moved there in 2007 from New York City.

After his arrest, Raff told police that he believed his parents were setting him up to be killed because of insurance policies they had taken out on him; that they had subjected him to “neural linguistic programming” and “extreme sexual abuse” as a child and that he was locked up “over and over again for trying to be normal”; and that his father was using him as a “political pawn” to get ahead at the United Nations.

He also told police that he had been in recovery “for a very long time” and had been battling mental problems for most of his life. He noted he had stopped taking his prescribed medications of risperidone and perphenazine, psychoactive drugs typically used to treat schizophrenia and bipolar disorder.

The plea agreement put forward on Wednesday called for Raff to plead guilty to killing his mother and be sentenced to 40 years in prison with all time suspended. The deal also called for Raff to plead not guilty to a reduced count of second-degree murder in the death of his father, with the judge deciding that the facts in the case were sufficient for Raff being found not guilty by reason of insanity.

Raff entered both pleas according to the agreement, and the judge tentatively accepted them pending further argument.

But as the attorneys offered their reasoning for the agreement, the judge questioned how Raff simultaneously could be guilty and not guilty if he was insane while committing both killings. Johnson also asked how suspending all 40 years of the sentence for Raff’s mother’s slaying could be justified if he was sane while killing her.

Sharpe argued that Raff’s insanity was based on delusions that his father needed to be killed — not his mother. And the 40-year suspended sentence was crafted to ensure Raff would be held accountable while undergoing treatment, and follow the directives of mental health professionals while committed at Central State Hospital.

“He’s insane when killing his father, but not insane for killing the mother,” the judge said incredulously. “That’s what I got here. [And] why is he not paying any penalty for the murder of his mother?”

Thornbrugh told the court that he thinks his client should be found not guilty by reason of insanity for both killings. The decision to plead guilty to his mother’s death was “what my client wanted to do,” the attorney said. Raff was found competent to stand trial after undergoing treatment that includes medication.

Thornbrugh described the plea agreement as “legal fiction” that was crafted to satisfy all parties in the case. Echoing the prosecution, the attorney said the 40-year suspended sentence would “hang over his head” and compel Raff to adhere to the treatment prescribed by mental health experts.

The plea agreement also “keeps him away from the unknowns at trial by a jury,” Thornbrugh said.

On July 8, Chesterfield Circuit Judge Edward A. Robbins Jr. rejected a similar plea deal after taking the matter under advisement for a week. He reviewed case law and determined that the agreement fell outside state statutes and court procedural rules. That plea agreement has been sealed by the court at the urging of both the prosecution and defense, and they sought to have Wednesday’s plea deal also kept confidential — apparently to avoid tainting a jury with details of the case should it eventually go to trial.

Woman shot and killed in South Richmond on Saturday night

A woman was shot and killed in South Richmond on Saturday night. Richmond police have identified her as Sara Andrews, who is in her 20s, accor…

A Henrico County man accused of killing his parents on Easter 2016, and who suffers from schizophrenia, was found “unrestorably incompetent” a… 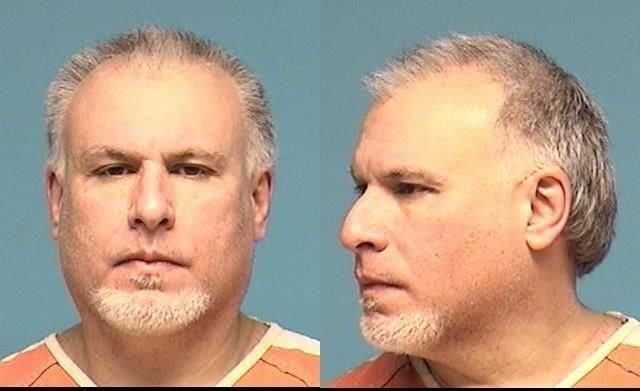 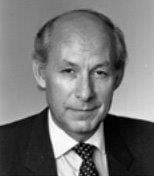