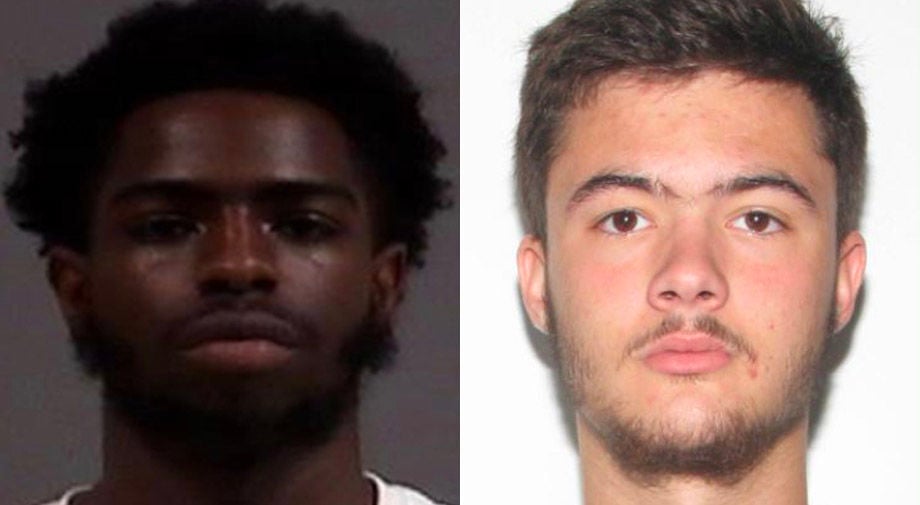 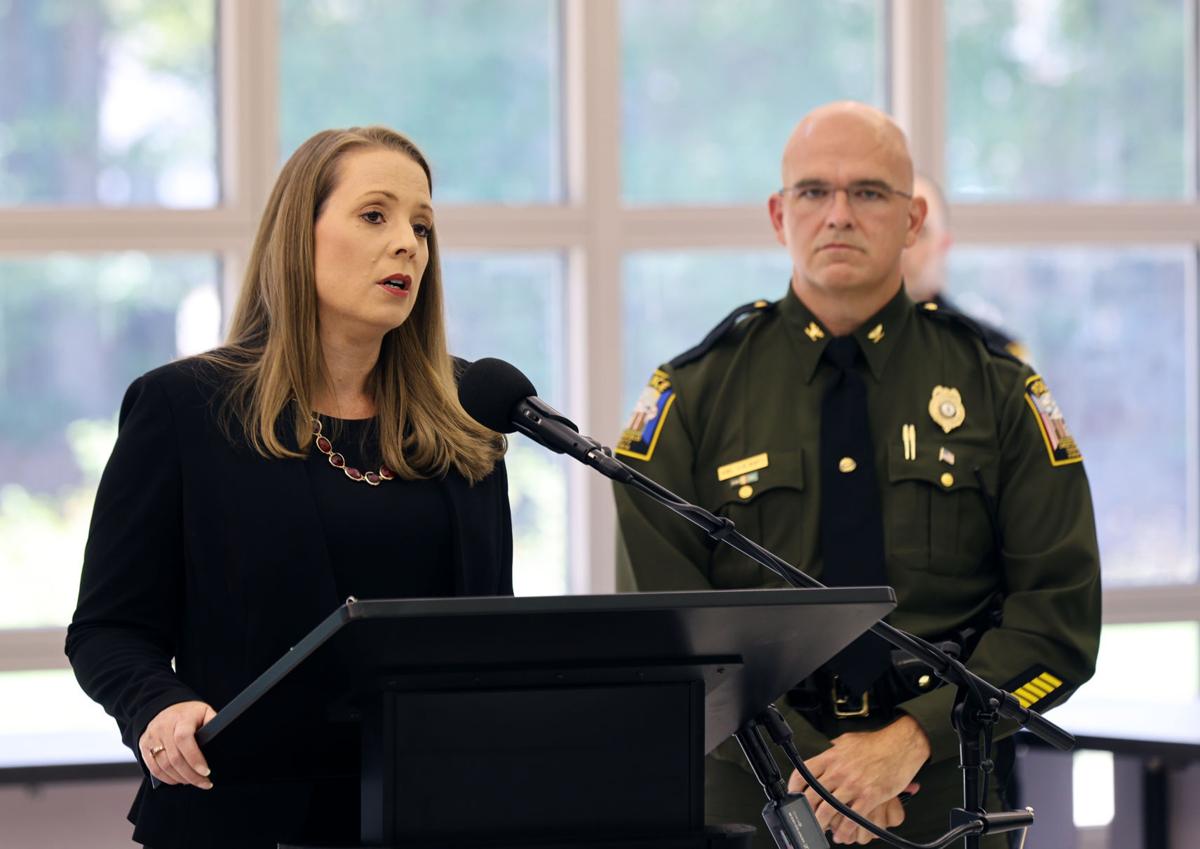 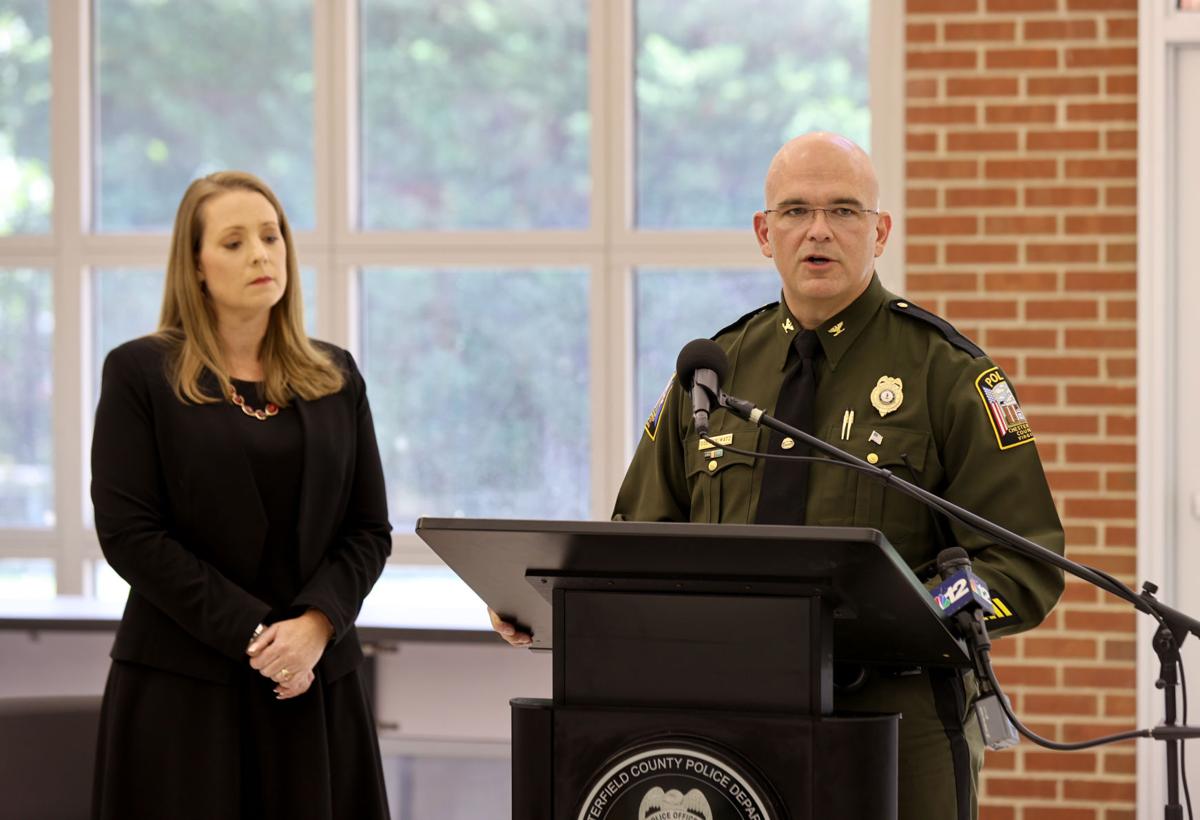 Chesterfield County Commonwealth's Attorney Stacey Davenport and Col. Jeffrey S. Katz, Chesterfield's chief of police, on Tuesday, July 13, 2021, addressed members of the community and the media regarding the recent judicial reversal of a murder conviction in Chesterfield. 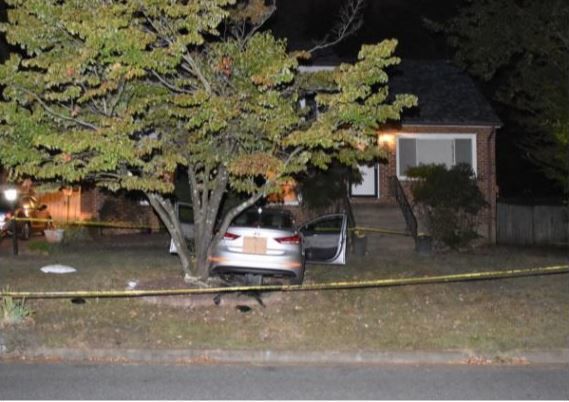 Bryson Mitchell, 18, was found mortally wounded inside this car he allegedly stole on Sept. 26, 2019. A jury convicted Demetrius Roots of murder in Mitchell's death but a Chesterfield judge on Monday set aside the verdict.

A Chesterfield County judge has set aside a jury’s verdict that found a Chester man guilty of fatally shooting a teen he chased down after the teen stole a car belonging to the defendant’s girlfriend. The ruling supports a defense motion that the evidence was insufficient to prove who fired the shots.

“The defendant opted for a jury trial,” Katz said. “He got one. Members of our community, in their capacity as jurors, dispassionately weighed and synthesized evidence and testimony, returning a guilty verdict. For a judge to replace his judgement for that of the men and women of the jury is highly irregular. Doing so marginalizes the victim, denies justice to those who loved him, and removes the role of community involvement in the administration of justice.”

Davenport said Circuit Judge David E. Johnson’s actions deny Virginia’s appellate courts an opportunity to review the case and sets a “very dangerous precedent.” She said it undermines the “sanctity and validity of a jury’s verdict.”

As a result of Johnson’s decision, which comes three months after the trial, the defendant “will be acquitted, he will be released — a free man — with no remorse left for [the victim’s] family or this community,” Davenport added. “Because under the doctrine of double jeopardy, [the defendant] cannot be tried for these crimes again. Never before have I seen a judge completely set aside a jury’s guilty verdict and acquitted the defendant.”

Johnson wrote in a July 8 decision that the jury could reasonably find from the evidence that Demetrius Roots, 21, and his girlfriend, Samira Tarabay-Whitfield, 22 — who also is charged in the case — were in the vicinity of the shooting when it occurred, based on cellphone location records, and were moving together after the Sept. 26, 2019, slaying of 18-year-old Bryson Mitchell.

But after that point, Johnson said, “reasonable inference ends and speculation, supposition and suspicion begin. The defendant’s occupancy of the car and his resulting proximity to the crime scene are insufficient by themselves to support a conviction of murder in the second degree.”

The judge said defense attorney Steven Novey’s motion to set aside the verdict is grounded in applicable law.

“There were no witness descriptions of the perpetrator to be challenged, no alleged confessions by Roots of which to challenge the reliability or credibility of the testifying witness, and no physical evidence which the Commonwealth could use to argue that Roots was the perpetrator,” Novey wrote in his motion.

At trial, prosecutors presented video surveillance evidence shot from a camera at a house where the victim ultimately crashed the stolen car that shows a person exit a second car, approach the crashed car and shoot Mitchell in the head. Prosecutors argued that was Roots, but the judge said neither the race nor gender of the shooter can be ascertained from the video.

In a motion filed Monday that asked the judge to reconsider, Chesterfield prosecutors LaToya Croxton and Matthew Gravens argued that Johnson supplanted his view of the evidence for that of the jury’s findings and “improperly found that the jury speculated in reaching its verdict” — and failed to consider the totality of the evidence.

“Instead of allowing this case to proceed through the natural order of events for a criminal matter, this court has subverted the decision-making ability of the jury, despite allowing the jury to hear all the evidence and come to a verdict,” the prosecutors wrote, adding that the more proper venue for the case to be affirmed or reversed would be the Virginia Court of Appeals.

Later Monday, Johnson rejected the prosecution’s motion to reconsider his decision. Roots originally had been scheduled to be sentenced Monday. The jury had recommended he be sentenced to 25 years in prison.

Prosecutors anticipate that Johnson will now sign an order that acquits Roots of all charges. The jury convicted him of second-degree murder, felony use of a firearm and shooting into an occupied vehicle.

The case centers on a series of events that began Sept. 26, 2019, at 4:12 a.m. after police and paramedics found Mitchell unconscious and suffering from a gunshot wound in a silver Hyundai Elantra that veered into a yard and crashed outside a home in the 6200 block of Gatesgreen Drive — four-tenths of a mile from where Roots was staying with his grandmother at the time.

Home surveillance video viewed by police showed the stolen Hyundai approaching the home where it ultimately crashed, along with another vehicle that pulled up behind the wrecked Hyundai. According to the prosecution’s account, a male emerged from the driver’s seat, approached the Hyundai and lifted his left arm toward the driver’s-side window — and at that precise moment, a sound similar to a gunshot is heard in the video.

Police also found tire markings from the Hyundai, which indicated Mitchell had applied the brakes intentionally. The markings extended from just beyond the stop sign at the intersection of Gatesgreen Drive and Barrister Road into the flower bed in front of the house where he crashed, according to the prosecution’s evidence.

Records also show that Roots’ and Tarabay-Whitfield’s cellphones traveled away from the Barrister Road address at 4:11 a.m. and arrived at the crime scene 46 seconds later — precisely at the time the video surveillance footage showed two vehicles rapidly approaching the Gatesgreen Drive residence. Mitchell was alive at 3:54 a.m. and shot by 4:12 a.m., prosecutors said.

Tarabay-Whitfield was close enough to her Hyundai when it was stolen that her phone synced back up to her car’s Bluetooth system, according to the prosecution’s account.

Phone location data for both defendants show their cellphones left the crime scene at 4:12 a.m., which prosecutors said is consistent with the surveillance video that shows the shooter getting back into the driver’s seat of the other car and fleeing the scene toward Krause Road.

The data show the defendants heading toward the home of Roots’ mother in Chester. But after Tarabay-Whitfield called Roots’ mother, the defendants’ cellphones reversed course and headed back to the Barrister Road address, where they arrived at 4:27 a.m.

Roots’ cellphone, “despite months of almost constant activity prior to September 26, 2019, would be turned off that afternoon and never used again,” the prosecutors said.

Prosecutors said there was no evidence that Roots or Tarabay-Whitfield knew the victim or had interacted with him before the night he was killed.

Tarabay-Whitfield is scheduled to be tried Oct. 18 by a jury on charges of being an accessory to murder after the fact and obstruction of justice.

What to Know About Omicron

Chesterfield County Commonwealth's Attorney Stacey Davenport and Col. Jeffrey S. Katz, Chesterfield's chief of police, on Tuesday, July 13, 2021, addressed members of the community and the media regarding the recent judicial reversal of a murder conviction in Chesterfield.

Bryson Mitchell, 18, was found mortally wounded inside this car he allegedly stole on Sept. 26, 2019. A jury convicted Demetrius Roots of murder in Mitchell's death but a Chesterfield judge on Monday set aside the verdict. 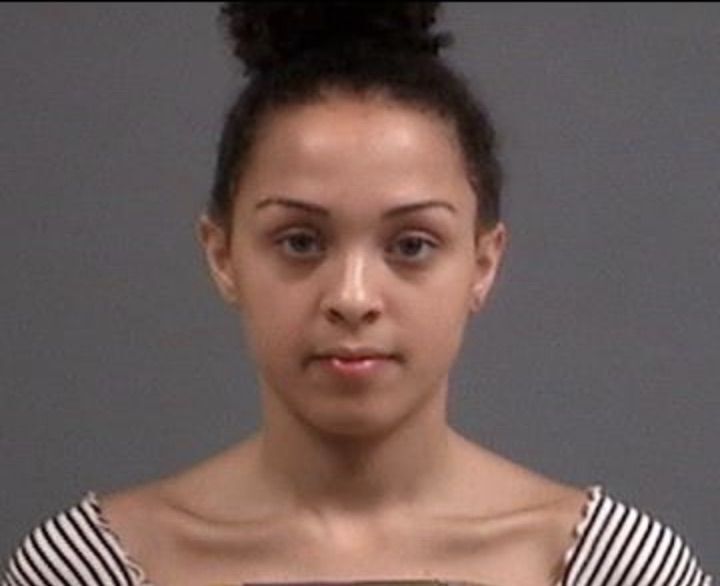 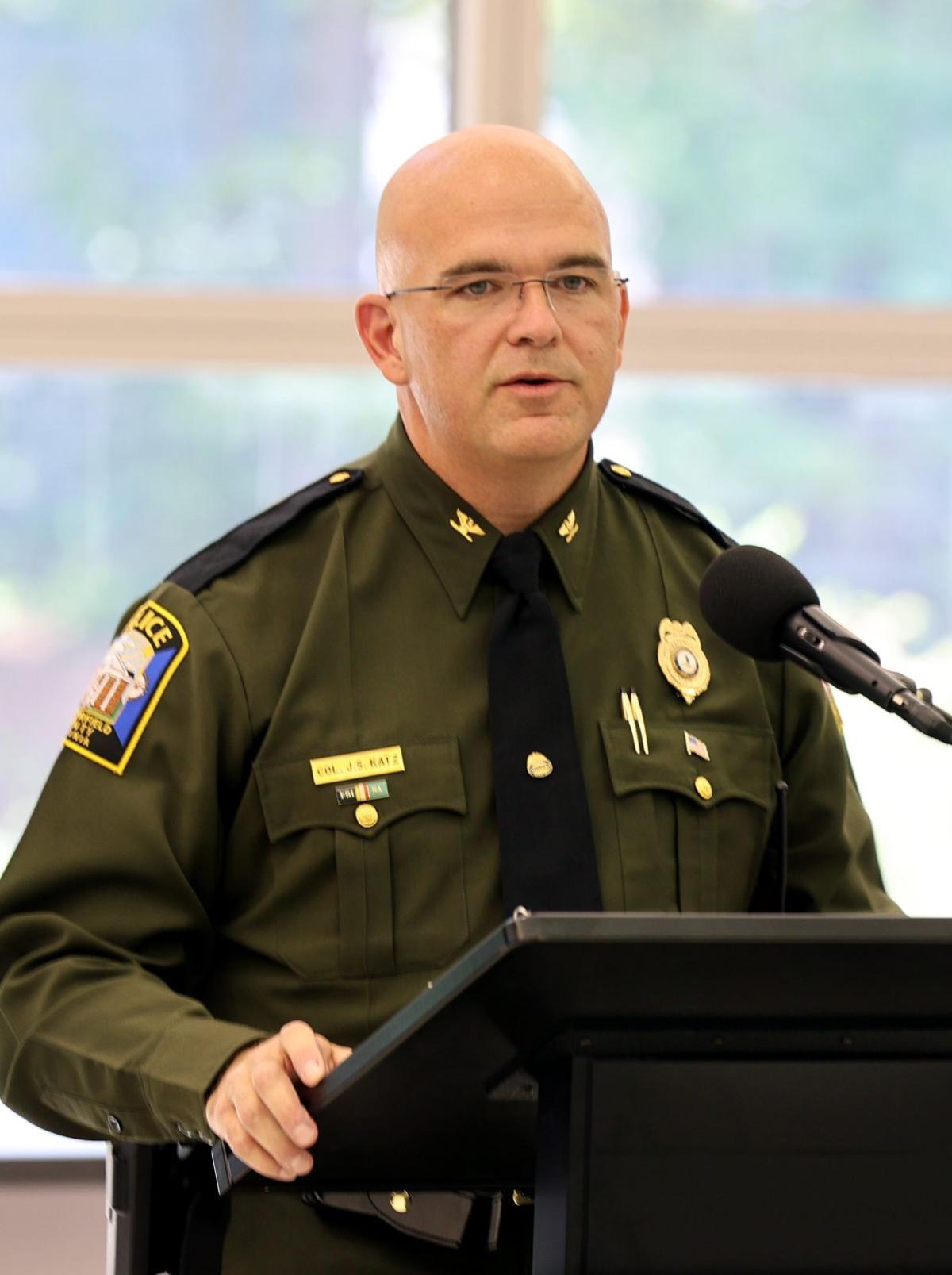 Col. Jeffrey Katz, chief of police for Chesterfield, said the reversal of the murder conviction “denies justice to those who loved” the victim. 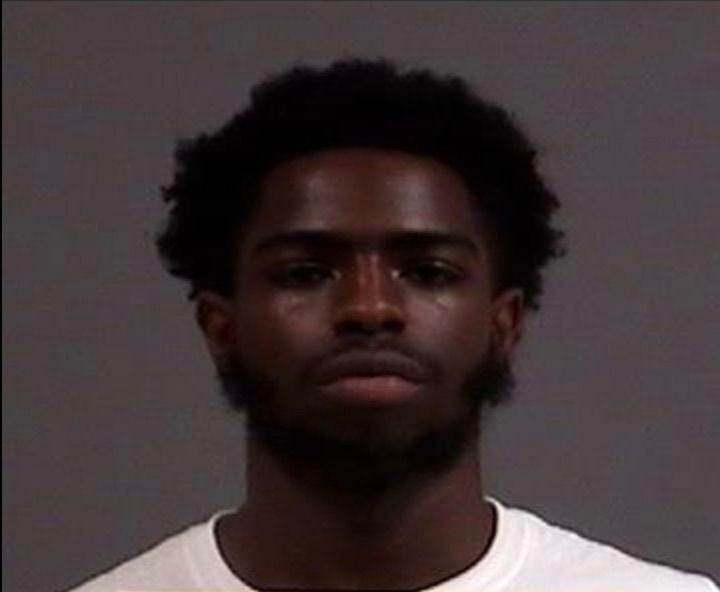 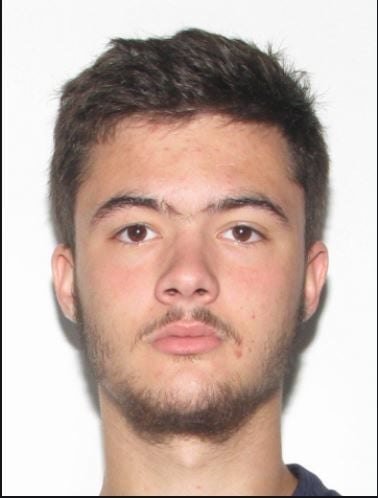