Chesterfield County’s 10-member state legislative delegation seems united in a desire to appoint two Black attorneys to fill vacant judgeships in Chesterfield’s court system to increase diversity on the bench, but disagreements on how that should be accomplished have stalled the process.

Sen. Joe Morrissey, D-Richmond, one of only two members of Chesterfield’s delegation serving on justice or courts committees in the General Assembly, has floated a proposal that at least six other members of the delegation appear to agree with. But three other legislators serving parts of Chesterfield have not committed to Morrissey’s plan, although they all strongly agree that more diversity is needed.

The impasse may be rooted in part with Morrissey’s successful but contentious effort earlier this year to block the reappointment of Chesterfield General District Court Judge Pamela O’Berry for a third six-year term on the bench — a process in which supporters and detractors publicly presented diametrically divergent views about the judge’s performance and demeanor.

Del. Delores McQuinn, D-Richmond, one of the three delegation members who have not endorsed Morrissey’s proposal, was a staunch supporter of O’Berry, who had been Chesterfield’s longest serving Black judge. Last year, McQuinn favored O’Berry being elevated to fill the vacant circuit court judgeship.

With O’Berry out, the only remaining Black judge out of 15 jurists (with two vacancies) in the county’s three courts is Vanessa L. Jones, who was elected to Chesterfield Juvenile and Domestic Relations District Court in 2014. Three are women.

The county’s legislative delegation has been unable to close ranks around who should fill the seats, although they appear close.

“We need to fill these positions as soon as possible as all of our Chesterfield County constituents are suffering due to crowded dockets and a smorgasbord of substitute judges,” Morrissey wrote in a May 19 email to the county delegation.

Morrissey noted that toward the end of the 2021 General Assembly session, the delegation tried to agree on who to recommend for the vacant circuit court position. He said seven members, including himself, supported elevating veteran defense attorney Travis Williams, while McQuinn, Sen. Ghazala Hashmi, D-Chesterfield, and Del. Lashrecse Aird, D-Petersburg, supported personal injury attorney Curtis Hairston. Williams and Hairston are Black

“We simply could not agree,” Morrissey wrote.

Subsequently, Morrissey proposed recommending the appointment of Hairston, a partner of the Gee Law Firm that specializes in personal injury cases, to the general district court to replace O’Berry. Judge Jayne Pemberton of Chesterfield Juvenile and Domestic Relations District Court, who is white, would be elevated to fill the vacant circuit court seat. And attorney Shameka Harris, who is Black and works as a family law attorney with prior experience as a public defender, would be recommended to fill Pemberton’s seat in Juvenile and Domestic Relations District Court.

“Chesterfield County needs diversity on its bench,” Morrissey wrote. “By doing this, we will be appointing two African Americans to the Chesterfield judiciary — something that hasn’t happened in over a decade.”

In his May 19 email, Morrissey noted that he met with Hairston at the request of attorney Donald Gee — U.S. Rep. Don McEachin’s former law partner — and asked Hairston how he felt about being appointed as a judge to general district court instead of circuit court.

Morrissey said in his email that he regarded Hairston as an “excellent’’ attorney but felt he needed to get caught up on criminal justice matters since he’s spent the last decade doing mostly personal injury work. “Curtis told me that would be an excellent solution ... and he would be honored to have that appointment,” Morrissey wrote.

In a phone interview, McQuinn said all three candidates proposed by Morrissey are qualified — “along with others that have been suggested” — but before naming who she supports, “I think there needs to be a discussion among the delegation.”

McQuinn proposed having a virtual meeting with all 10 members . “There may be an opportunity for us to come together,” she said. “I think it’s important for me to hear from my colleagues on who they think would be best and why.”

“We have not had an opportunity since the early part of the year to engage in a conversation or a discussion that would properly address how we or who we would want and the approach we would use in terms of selecting those individuals,” McQuinn added.

She declined to say whether the Morrissey-led effort to remove O’Berry from the bench had influenced her decision to not back or respond to Morrissey’s judicial appointment plan.

Adams said in an email that she’s in agreement with the delegation’s majority that support the appointments of Hairston for general district court and Pemberton for circuit court. But she’s not yet ready to support Harris. “I’m still getting more information on [Juvenile and Domestic Relations Court] candidates.”

“It is terrible that we have gone this long without judges in Chesterfield,” Adams wrote. “It’s incredibly important that we have judges that reflect the population of the community and that they are well qualified. I’m confident we will get this done during the upcoming session.”

Aird said there’s been too much “drama” in the judicial selection process and “a lot of political maneuvering” on Morrissey’s part. “And that’s not how I operate.”

Aird said she prefers to work in the background and has been in communication with the House Democratic leadership and the Virginia Legislative Black Caucus about Chesterfield’s judicial vacancies. She said the Black Caucus supports the appointment of Hairston and Harris to increase diversity in Chesterfield’s courts, and “I’m looking forward to supporting” both of them.

“I think they’re going to make great candidates for Chesterfield going into the special session,” she said.

Hashmi confirmed she initially was supportive of Morrissey’s proposal to fill the vacancies, and favors the appointments of Pemberton and Hairston. “But on reflection, I want to spend a little more time” considering candidates for the juvenile and domestic relations court seat, she said.

“I think we have some excellent candidates, and I think we have an opportunity to continue to interview people once that seat is vacated by Judge Pemberton,” Hashmi said. “I think we will probably see more folks express an interest for that particular court and there may be some folks that haven’t had the chance to do that because that seat has not yet been announced as vacant.”

Chase, Robinson, Coyner, Ware and Cox did not respond to email and phone messages seeking confirmation of their support of Morrissey’s judicial appointment plan.

In a phone interview, Morrissey expressed frustration at his Democratic colleagues who have not responded or committed to his proposal.

“I’ve worked at this for two years, and the Republicans have agreed to fill two vacancies with African Americans,” he said. “It takes a certain degree of diplomacy to convince the entire Republican [caucus of the delegation] that this is good for Chesterfield — that is, diversity. And we got it.”

In considering judges for election, the Senate and House traditionally follow the wishes of the legislative delegation that represents the locality where the judge will sit. The next opportunity for Chesterfield’s judicial vacancies to be filled will occur this summer during a General Assembly special session.

“We got a narrow window to get this done,” Morrissey said.

The Richmond Redevelopment and Housing Authority has offered the city a $75,000 grant to hire a civilian to work under the Richmond Police Dep…

A majority of Chesterfield County's 10-member legislative delegation supports the appointment of attorney Curtis Hairston (left) to fill a vacant general district court judgeship and Chesterfield Juvenile and Domestic Relations Court Judge Jayne Pemberton (far right) to fill a vacant circuit court judgeship. They also support the appointment of attorney Shameka Harris (center) to fill the seat that would be vacated by Pemberton, should she be elevated to circuit court. 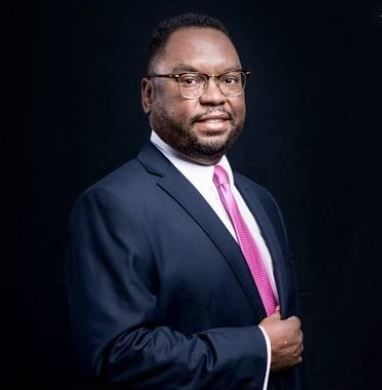 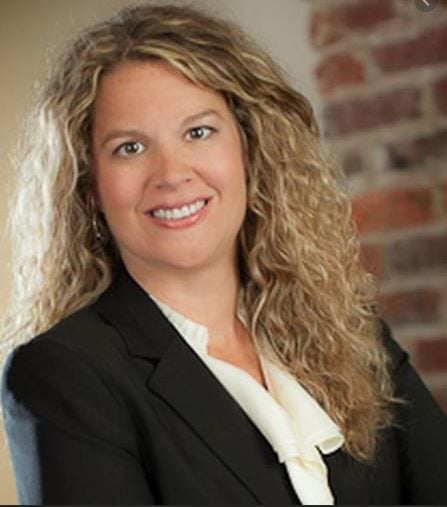 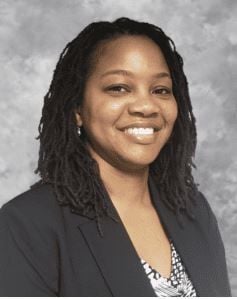