A Surry County man with a prior rape conviction has been sentenced to serve 30 years in prison after pleading guilty to abducting and fatally shooting a 20-year-old Prince George County woman who had disappeared in October 2020.

Benjamin Franklin Chiarky, 32, also was convicted of punching, stomping and kicking the young woman, Corrine Huddleston, 12 days before she was killed. Huddleston’s remains were found in remote wooded area of Surry County on Nov. 12, 2020.

After she was reported missing, family and friends raised $10,000 in reward money for her safe return.

Chiarky was placed on Virginia’s sex registry more than a decade ago after he was convicted in the October 2008 abduction and rape of a minor. He was sentenced to 25 years in prison with 17 years suspended.

In a plea agreement reached between prosecutors and the defense, Chiarky pleaded guilty Nov. 15 in Surry Circuit Court to second degree-murder (reduced from first-degree), abduction, malicious wounding, use of a firearm in the commission of murder and possession of a firearm by a violent convicted felon.

In accordance with the agreement, Surry Circuit Judge William Allan Sharrett sentenced Chiarky to a total of 78 years with 48 years suspended, leaving him 30 years to serve.

After his Oct. 28, 2020, arrest in Knoxville, Tenn., Chiarky told detectives in a videotaped interview two weeks later that he was high on methamphetamines the day of the murder, had lost control of his emotions and could not recall what happened in the woods with the victim. However, he said he knew exactly where her body could be found and led detectives to the remains.

Chiarky told detectives that he must have shot Huddleson, but “for me to look you in the face and say I consciously remember what happened? I don’t. I’m sure I did. But do I consciously remember it? Was it my plan? No, there was never no plan,” according to a written summary of evidence presented to the court by Surry Commonwealth’s Attorney Derek Davis and Assistant Prince George Commonwealth’s Attorney Timothy Dustan.

Chiarky was angry with Huddleston after he believed that she had “told a bunch of people that I was a rapist,” according to a Sept. 20, 2020, recorded video call Chiarky had with a woman who was incarcerated at the Chesterfield Jail. He also asked the woman if Huddleston’s father would care if he “choked the sh — out” of Huddleson, according to the summary of evidence.

Four days later, Chiarky “punched, kicked and stomped” the victim at the home of Chiarky’s girlfriend in the 12700 block of Colonial Trail West in Surry, after confronting Huddleston about allegations she had stolen some property from the occupants of a Prince George home.

“Huddleson was bleeding from open wounds on her head,” prosecutors said in their summary. “[Chiarky] armed himself with a bludgeoning instrument. Eyewitnesses intervened to prevent the beating from proceeding any further. [Chiarky] instructed Huddleson to clean up her own blood from the front stops and walkway leading up to the home.”

Chiarky then drove Huddleson and another woman into the woods in his Ford Bronco, and the second woman later told police that she believed Chiarky was taking the women to a location to be killed. He drove on a series of unpaved hunting roads until reaching a locked gate that blocked their path. Chiarky laughed and told the two women they were “lucky,” before taking a different route that resulted in the Bronco becoming stuck in mud, according to evidence.

Had the case gone to trial, a third woman would have testified that over a period of weeks in September and October of 2020 Chiarky had “fronted” Xanax pills to the woman as part of a broader scheme to distribute drugs. Some of those pills entrusted to the woman went missing, and the woman accused Huddleston as being the “culprit” and notified Chiarky.

Then on Oct. 5, Chiarky bound and beat Huddleston in the garage of a Prince George home in the 8100 block of Laurel Spring Road. He also wrapped a belt around her neck and choked her until the belt broke. After cutting Huddleston loose, he instructed her and the woman who had been holding the Xanax to get into a Ford pickup truck. Chiarky told another woman to follow them in her vehicle, according to prosecution’s summary.

Chiarky initially drove to his girlfriend’s residence but drove away when he saw that she was there. He then drove to a property owned by a relative and parked in a clearing. Chiarky, armed with a pistol, ordered Huddleston out of the truck, and they both walked into the woods together.

The woman who stayed in Chiarky’s truck later told police that she eventually heard a gunshot and saw Chiarky emerge from the woods alone. Chiarky and the woman then drove back to the Prince George house.

A day later, Chiarky told two people at the Prince George home that he had to “get rid” of Huddleston, had shot her and left her body in the woods.

After police recovered Huddleston’s remains, a Prince George officer with metal detecting experience returned to the location and discovered a .40-caliber cartridge casing and a bullet slug at the murder scene. Subsequent to that discovery, police recovered a .40-caliber semiautomatic pistol from the Appomattox River near the Hopewell City Marina — where Chiarky’s father admitted to police that he thrown the gun into the water.

Chiarky’s father, Paul Chiarky Sr., also acknowledged to police that he had visited the murder scene and found Huddleston’s remains, and he “admitted concealing the most conspicuous part of these remains in a stump hole.” He also admitted the Chiarky’s wife, Miranda Chiarky, had provided him with the murder weapon that she received from Chiarky, prosecutors told the court in their summary. 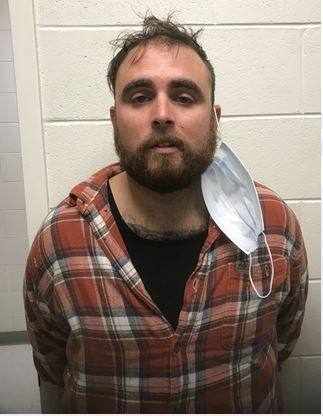 Corrine Huddleson was 20 when she was abducted and killed in Surrey last year.