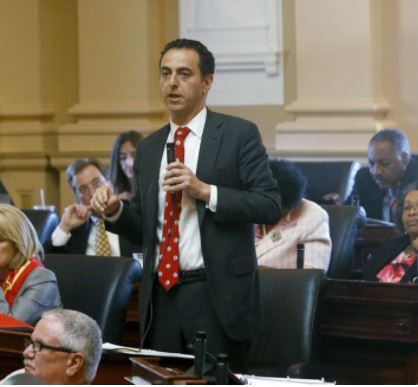 Del. Marcus Simon (above), D-Fairfax, in moving to table the bill of Sen. Mark Obenshain, R-Rockingham, said it should first be studied by the Virginia Crime Commission. 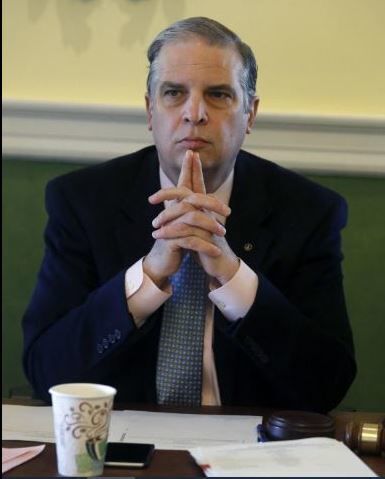 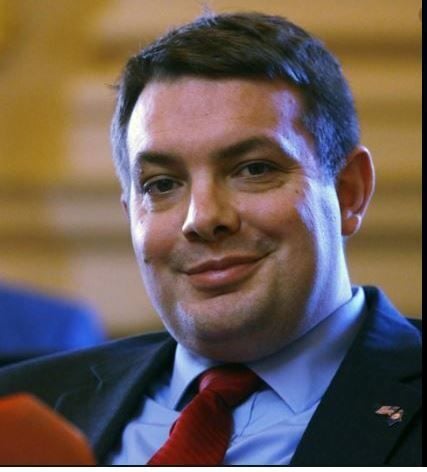 In a party-line vote, the Virginia House of Delegates’ Courts of Justice Committee effectively killed two Senate bills that would have required greater transparency of decisions made by the Virginia Parole Board, which has come under intense scrutiny in recent months for the controversial release of convicted killers.

The committee first voted 12-6 to table a bill sponsored by Sen. David Suetterlein, R-Roanoke County, which would require the individual votes of the parole board to be a public record and subject to the provisions of the Virginia Freedom of Information Act. The bill passed the Senate earlier this month on a 29-10 bipartisan vote.

The Courts of Justice Committee, on a motion from Del. Marcus Simon, D-Fairfax, referred the bill to the Virginia Freedom of Information Advisory Council for further study. Simon noted that a similar bill proposed in the House by Del. Nick Rush, R-Montgomery, had already been tabled and referred to the FOIA council.

Tabling the legislation “doesn’t mean we’re not going to revisit this issue and that we’re not going to address the concerns that the senator raises,” Simon said during the meeting. “It may very well get the same outcome. I’m just thinking it’s worthwhile to give this bill the extra time and attention it needs.”

But Suetterlein, who was given time to speak to the committee, noted that no members of the Senate sought to have the bill reviewed by the FOIA council.

“It’s something that’s done routinely in other states, and in pretty much every other board in Virginia the votes are public,” Suetterlein said. “And that’s what this bill does. So I’m not really sure what the FOIA council has to look at. It’s a policy decision. Does the General Assembly believe that the public should know who’s voting on the parole issues in the same way that the public gets to know [the name] of the commonwealth’s attorney who prosecuted a case, [or] who the judge was that oversaw the trial?”

The committee next voted 12-6 to table a Senate-passed bill sponsored by Sen. Mark Obenshain, R-Rockingham, that would require the parole board’s monthly report, published online, to include the offenses committed by inmates who were granted or denied parole, along with the jurisdiction where they committed the crime and the length of time they served.

The bill also would have allowed the victims of inmates being considered for parole to submit their input to the parole board electronically, and require the parole board to send notice to the commonwealth’s attorney and the victim/witness director in the jurisdiction where the crime occurred to present evidence to the board on what impact the release of the inmate would have on the victim or immediate family members.

In moving to table the bill, Simon said it should first be studied by the Virginia Crime Commission, which he noted is already considering proposed legislation dealing with parole, the early release of inmates and criminal justice reform.

“I think the posture taken on those bills is that we want to look at all of them comprehensively, all of these issues together,” he said.

Obenshain, who was also granted time to speak, said his bill only addresses parole board transparency issues designed to keep the public informed.

“A lot has been said about the actions of the parole board the past few months, and this doesn’t really get to the heart of those issues at all. All that this bill really does is address some of the transparency issues that are different from those that were addressed by Sen. Suetterlein.”

Obenshain’s bill passed the Senate on a 39-0 vote.

After the hearing, Obenshain said he was advised by the Courts of Justice Committee chair in advance of Tuesday’s meeting that he didn’t need to show up.

“It seems clear that the Democrats on the committee decided beforehand and without a hearing that the bill would be tabled,” he said. “I showed up because I feel very strongly that every bill, especially bills that receive unanimous bipartisan support in one chamber, deserve a hearing. I wasn’t going to let them kill the bill under cover of darkness. A little sun needed to shine on the process.”

Republican lawmakers introduced bills in the wake of a Virginia government watchdog report that says the parole board, under the leadership of former Chair Adrianne Bennett, violated the law and its own policies in granting parole to Vincent Martin. He was sentenced to life in prison in 1980 for killing Richmond police officer Michael Connors.

Following the Martin decision, several state prosecutors and family members of other victims decried the panel’s decisions in releasing several other convicted killers.

“If murderers, rapists, and child molesters are to be released from prison, victims of their crimes and members of the public should at least know when it’s happening, and which members of the Parole Board voted for that release,” said House Minority Leader Todd Gilbert, R-Shenandoah, in a statement.

“The two Senate Bills defeated by Democrats today would have added much-needed transparency to the Parole Board,” he said. “Yet House Democrats voted to kill this bipartisan legislation that would have ensured that those who have suffered at the hands of violent criminals would not remain in the dark when the Parole Board releases them early.”

Police said Wednesday that the driver who died Tuesday was a 37-year-old Chesterfield County resident.

A 43-year-old Petersburg man has died of injuries he suffered in a shooting Saturday night during a social gathering at a home in the city, po…

Petersburg had highest per capita murder rate in Va. last year. Killings in 2020 continue to mount.

As the number of killings in Petersburg continues to mount in 2020, state health officials last week said that the city was the most murder-pr…

Richmond police are looking for a man in connection with a fatal shooting on Hull Street.

Del. Marcus Simon (above), D-Fairfax, in moving to table the bill of Sen. Mark Obenshain, R-Rockingham, said it should first be studied by the Virginia Crime Commission.