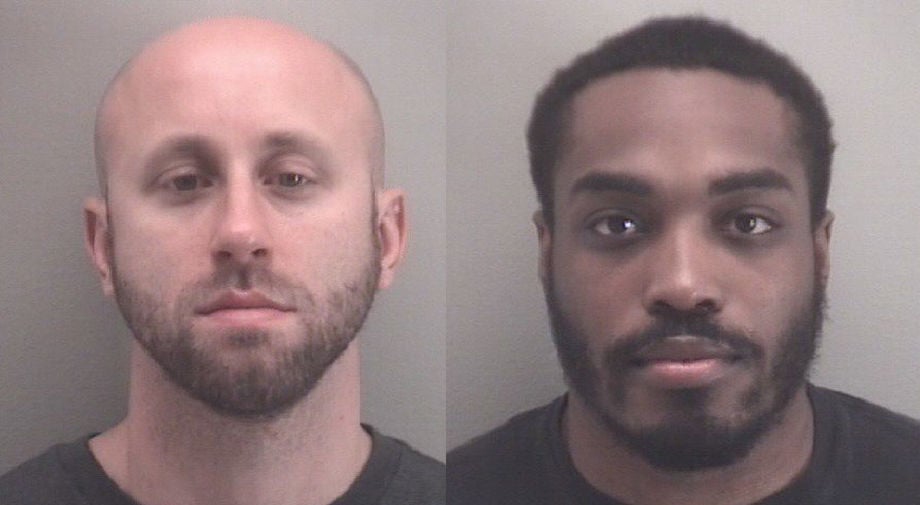 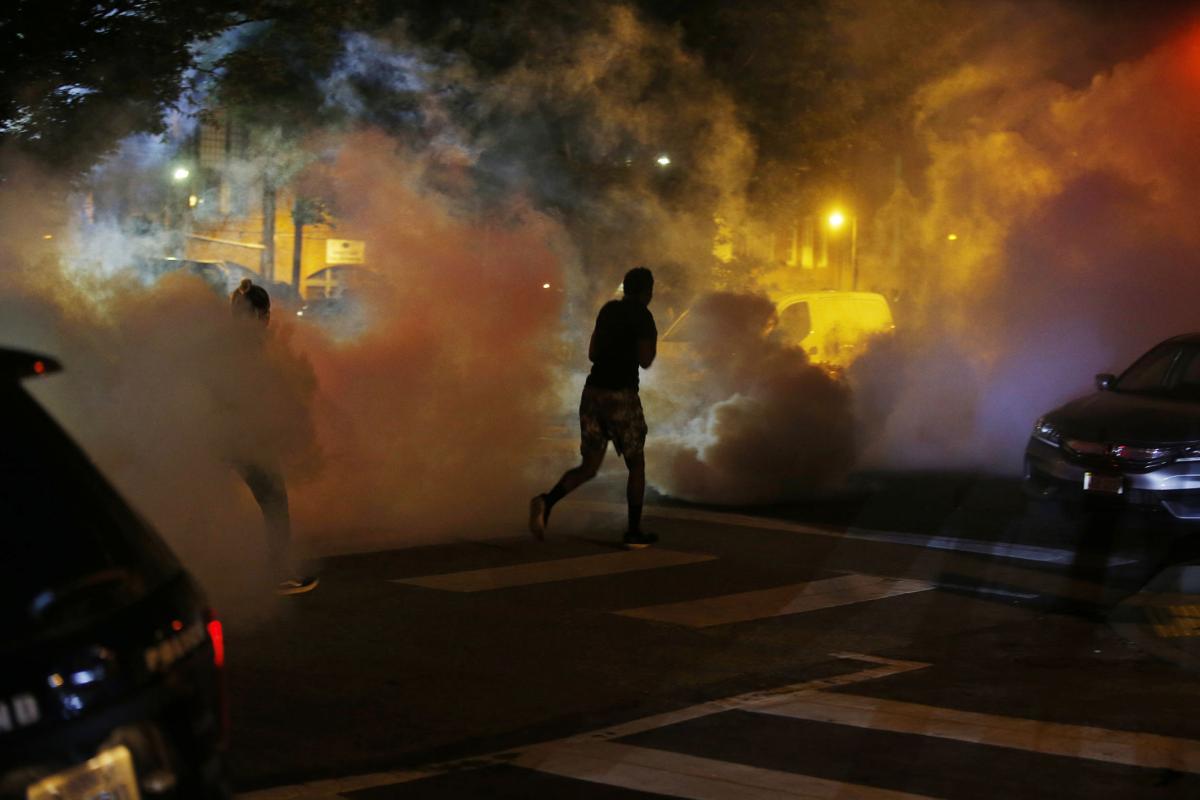 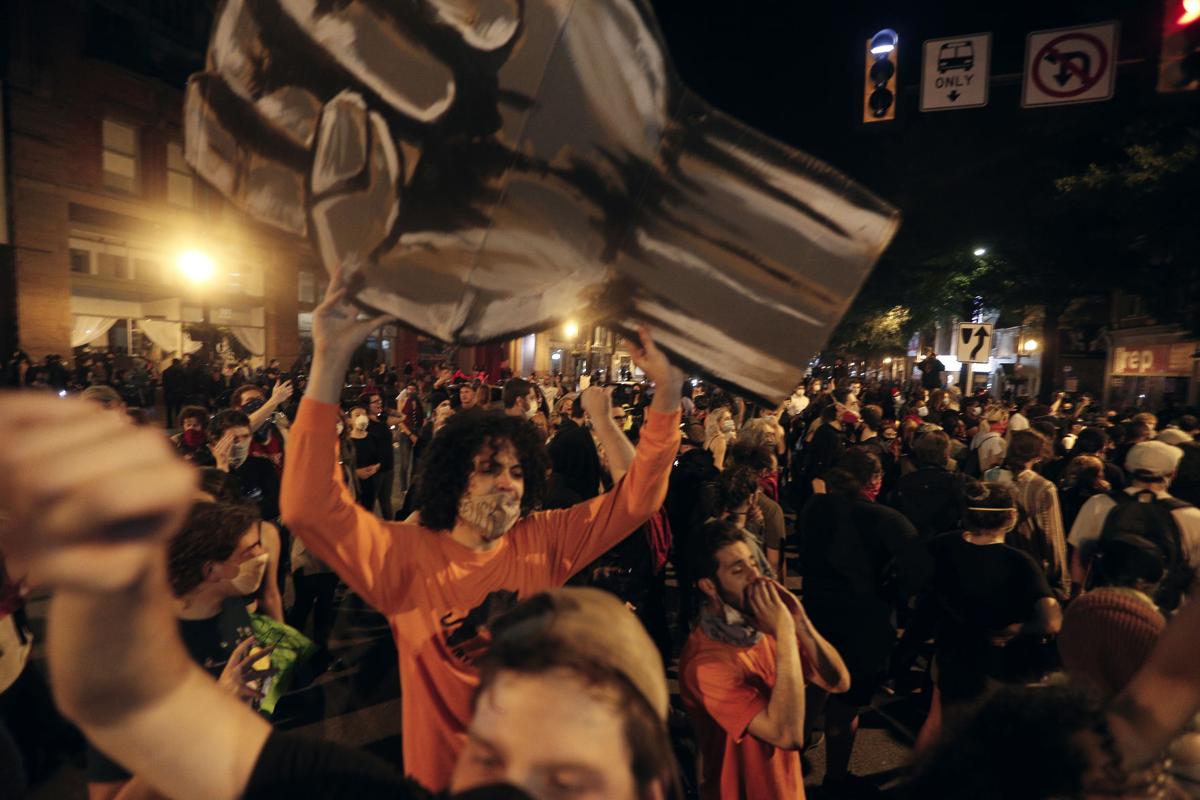 Protesters took to the streets of Richmond, for a second consecutive night to protest the death of George Floyd and police abuse Saturday, 5/30/2020.

The two Richmond police officers charged with assaulting three teenagers with O.C. fogger during last summer’s civil unrest will be tried by a jury of city residents, after a judge refused a request from lawyers on both sides of the case to decide the verdict himself.

Richmond Circuit Court Judge W. Reilly Marchant will still preside over the trial slated for Nov. 17 and 18, but he said in court on Thursday that the city’s residents should ultimately decide the officers’ innocence or guilt.

“I think this is an important issue that affected the entire community,” Marchant said during a motions hearing on Thursday. “The citizens of the city should try this case.”

Attorneys representing Mark Janowski and Christopher Brown, the officers who each face three misdemeanor charges of assault and battery, waived the right to a jury trial and asked instead for a bench trial, as did Richmond Commonwealth’s Attorney Colette McEachin and her deputy, Michael Hollomon, who are prosecuting the case.

All three parties — the defense, the prosecution and the court — must waive the right to a trial by jury, according to Peter Baruch, one of the defense attorneys in case. Though it is rare, Judge Marchant is within his legal purview to disagree with the defense and prosecution and order a jury trial, especially given the “politically-charged nature” of the case, Baruch said.

The verdict “shouldn’t rest with one judge that half of the city thinks is in the pocket of the cops,” Marchant said.

Marchant, chief judge of the city’s Circuit Court, ruled in October in favor of the removal of the monument to Confederate Gen. Robert E. Lee, which was a flashpoint for many skirmishes between police and protests during the monthslong unrest last year. He had earlier issued a 90-day injunction barring its removal after five residents of the 14-block Monument Avenue Historic District sued to keep it up. The matter is pending in the Virginia Supreme Court.

The charges against Janowski and Brown stem from the second night of protests in Richmond in May 2020 after the murder of George Floyd by a Minneapolis police officer.

At about 3:45 a.m. on May 31, two Richmond police officers sprayed O.C. fogger, a chemical irritant, into the open window of a car containing three women, ages 17 to 19, stopped at a light in the 200 block of North Belvidere Street.

Prosecutors said the teenagers were not “rioters” or any threat to the officers, who were gathered on the sidewalk nearby. But the women were yelling obscenities at them.

“F--- it, spray ’em,” an officer in the group said just before the two officers, who the prosecutors said on Thursday that the Richmond Police Department’s Internal Affairs detectives identified as Janowski and Brown, crossed two lanes of traffic and sprayed into the car.

Their attorneys intend to argue that the officers are immune from criminal prosecution because their actions were “absolutely and unquestionably reasonably necessary to disperse and quell the riot,” according to documents filed in the case. At an earlier hearing, Marchant ruled that immunity was an affirmative defense, meaning it is a matter for the jury to decide if the officers acted reasonably.

On Tuesday, both the defense and prosecution tested the limits of how much of the night leading up to the fogging incident Marchant would allow before the jury.

McEachin asked that the judge exclude any “irrelevant or cumulative evidence,” saying it didn’t matter what happened hours before or blocks away. Meanwhile, Jacqueline M. Reiner, who represents Brown, asked that an expert be allowed to testify to the impact the rest of the night would have had on the officers’ physiological and mental state.

“If the jury is going to decide if the officers’ actions were reasonable, they need to know what led up to this incident and how it informed their decisions,” she said.

Reiner described the city at the time as a “war zone,” and said officers believed they weren’t going to make it home that night.

“We can’t place this in a complete vacuum,” Marchant said. “But there has to be a balance.”

Marchant only ruled definitively on one piece of evidence that would not go before the jury: footage from another officer’s body-worn camera earlier that day allegedly showing Janowski breaking the window of another car with a baton. The rest, he said, would be addressed at trial as needed.

Hollomon, one of the prosecutors, said the footage of Janowski breaking the window was only being introduced as a way to identify him in the later fogging incident. Janowski was wearing distinct clothing from the other officers: not the police-issued uniform, but a long-sleeve T-shirt and cargo pants.

Baruch, who along with Edward Nickel, represents Janowski, said in his motion that the footage “would only serve to confuse the jury and cause undue prejudice to Officer Janowski.”

But Hollomon said Baruch is the one characterizing the window breaking as a “prior bad act,” not the prosecution.

“At the time of the window breaking, the conduct of the defendant appears to arguably have been justified based upon the action of civilians in the immediate vicinity,” Hollomon wrote in his motion. Protesters near the car were throwing objects at the officers, who had told them to disperse before the order was given to break the window, according to the court documents.

Marchant agreed with Baruch that the footage was too prejudicial and that prosecutors should find another way to identify Janowski.

A Virginia prison inmate was sentenced Friday to 77 months in federal prison for threatening to harm an assistant U.S. attorney who had prosec…

A man was stabbed to death on Monday in what police are calling a “domestic-related incident” in South Richmond.

Protesters took to the streets of Richmond, for a second consecutive night to protest the death of George Floyd and police abuse Saturday, 5/30/2020.