The last of four inmates who walked away from a minimum-security satellite camp at the Federal Correctional Complex Petersburg surrendered Wednesday morning without incident, the U.S. Marshals Service said.

Two of the other escaped inmates, Corey Branch, 41, and Kareem Shaw, 46, surrendered just after midnight Tuesday to the staff of the facility where they were housed. Tavares Graham, 44, surrendered early Sunday morning.

The four men left the satellite camp around 9:30 or 10 p.m. Friday, officials said, but weren’t discovered missing until around 1:45 a.m. Saturday.

The satellite camp houses low-security risk inmates in a dormitory, which is adjacent to the Federal Bureau of Prisons minimum-security facility at 1100 River Road in Prince George.

All escapees face new federal charges of escaping from a federal prison, which carries a punishment of up to five years incarceration.

The four inmates were serving sentences ranging from 10 to 18 years for major drug offenses involving fentanyl, cocaine or heroin and/or crimes involving possession of firearms. 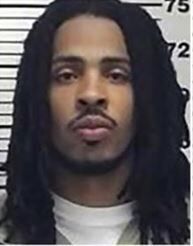