Petersburg had highest per capita murder rate in Va. last year. Killings in 2020 continue to mount.
13 comments
Share this
{{featured_button_text}}
1 of 4 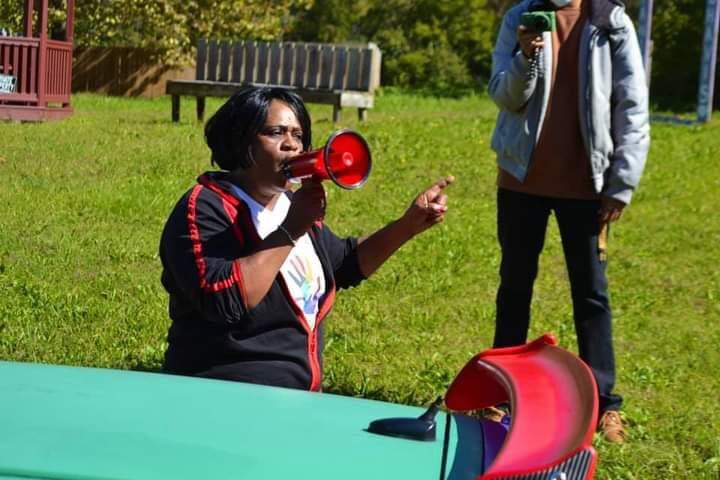 Pastor Belinda Baugh of New Divine Worship Center uses a bullhorn to address community residents during a "City of Hope" march in Petersburg on Oct. 17. 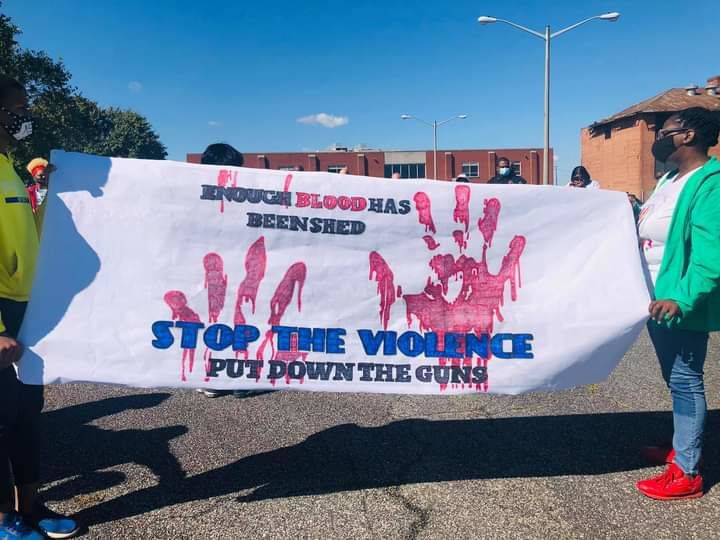 Participants in an Oct. 17 march in Petersburg carry a banner that urges residents to "Stop the Violence" and "Put down the guns." 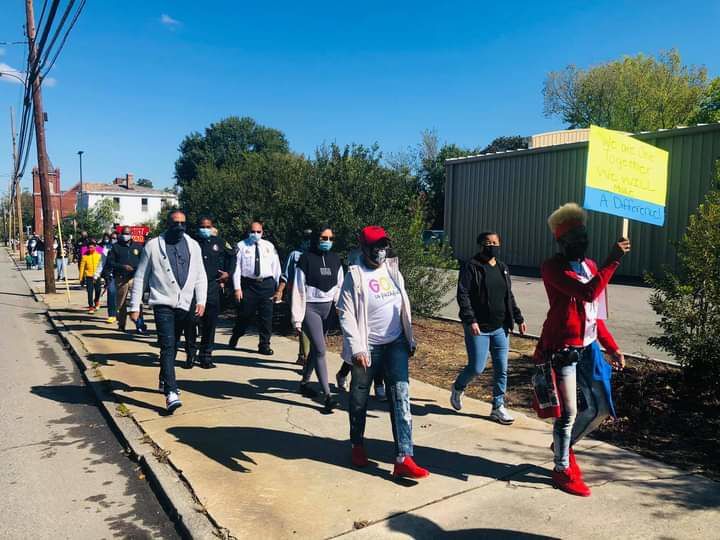 People gathered in Petersburg last month to march against violence and killings in the city. 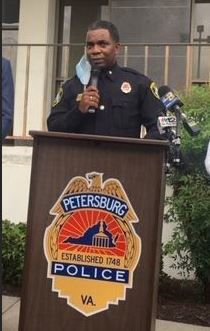 As the number of killings in Petersburg continues to mount in 2020, state health officials last week said that the city was the most murder-prone locality in Virginia last year in the proportion of killings to its population.

With 21 slayings in 2019, Petersburg’s homicide rate of 67 killings per 100,000 people was by far the highest of any locality in Virginia, according to recently finalized data made available to the Richmond Times-Dispatch by the Office of the Chief Medical Examiner.

The city ranked far above even Richmond, which ranked third in the state with 29.5 killings per 100,000 people.

Petersburg, which has a population of about 32,000, consistently has ranked in the top three in per capita homicides since at least 2013, medical examiner reports show. The city has held the top spot for five of the past seven years. The city endured 98 killings over that period.

Aside from Petersburg and Richmond, only Hopewell had a double-digit homicide rate in the region in 2019, with 22.2 killings per 100,000 people. Hopewell ranked sixth in the state in per capita killings.

The outlook for Petersburg remains bleak this year, as the city’s death toll has reached 19 with five weeks remaining in 2020. The last killing occurred about 1:20 a.m. last Sunday, where a man was found shot on North Crater Road.

The large majority of killings in Petersburg involve disputes among people — over drugs, gambling or just ongoing bad feelings — who are unable to resolve their differences without resorting to violence, said Police Chief Travis Christian, who took over as the department’s commander Nov. 1, after former Chief Kenneth Miller retired.

“None of our [homicides] this year has been as a result of self-protection or being protective of a loved one,” Christian said. The motive in most cases has “just been anger ... and having difficultly resolving conflicts without resulting in gun violence. It’s really unfortunate. It’s one of those things that we’re seeing as a trend, and not just in Petersburg. It’s the way of society right now.”

Christian believes that COVID-19 also has contributed to the uptick in violence.

“I hate to offer that as an excuse, but I think that plays a big part,” he said. “People have had to live outside their normal lifestyles, and because of that, it’s causing certain reactions in terms of how people interact with each other — they’re locked in, locked down. I think COVID has a played a part in the increase in crime throughout the country.”

Belinda Baugh, pastor of New Divine Worship Center in Petersburg, said she is weary of all the violence. “Of course, I’m very, very concerned.”

She and other community leaders are doing what they can to spread the word that the killings must stop and residents should get involved.

On Oct. 17, Baugh led a march, called City of Hope, through some of the neighborhoods affected by the killings.

“We were walking through the neighborhoods to let the victims know that we’re still here, and that we hear their cries, and we understand where they’re standing, and that sometimes people feel hopeless,” she said. “They feel like they want it just to stop, but [are despondent about] what is going to change.”

“The walking and the marching only brings attention to what is going on — how can we change and bring an awareness, [so] that the people that are committing these crimes know that we don’t want it in our city,” Baugh added.

Baugh said the city needs more recreational places and programs to help young people occupy their time instead of hanging out on the streets.

“But unfortunately, the city of Petersburg has a major problem because of a lack of things to do,” she said. “If you look at the age-range of some of these murders that are taking place, you will find that ... these are young men, in their early 20s, and we don’t have enough to do in the city to keep our young people’s minds occupied.”

Toward that end, Baugh said she’s been working to establish a community center that could fill an important need for the city’s youth.

The marches have generated good turnout, Baugh said, and at times 300 or more people will participate. The Oct. 17 rally was attended by more than 100 people, she said, and included children carrying posters that read, “Daddy, I need you. I need my family.”

“We were trying to empower [fathers] as well, to let them know, hey guys, we hear you, we see the struggle, we know you guys are going through some stuff out here, but put the guns down and [embrace] a future that awaits you,” Baugh said.

“When you feel hopeless, and you don’t see any positive things, you seem to get drawn to the negativity,” the pastor said. “And these young men in the city of Petersburg — they’re not bad guys. I believe we can change Petersburg, but it’s going to take everybody to get involved.”

During the marches, Baugh said she uses her bullhorn as they walk through neighborhoods to encourage residents to open their blinds and front doors, so they can observe illegal or aberrant activity in their neighborhoods.

“If [the troublemakers] see the blinds open, if they see the doors open, they’re more hesitant to commit a crime, because they don’t know whose watching them.”

Man killed by state police was wanted for failing to appear in court on suspended license charge, had no known criminal record

A Chesterfield County man has been charged in connection with a homicide in Richmond in June.

Richmond police are seeking the public’s help in identifying a male who was found dead in Bandy Field Nature Park on Sunday morning. No foul p…

Pastor Belinda Baugh of New Divine Worship Center uses a bullhorn to address community residents during a "City of Hope" march in Petersburg on Oct. 17.

Participants in an Oct. 17 march in Petersburg carry a banner that urges residents to "Stop the Violence" and "Put down the guns."

People gathered in Petersburg last month to march against violence and killings in the city. 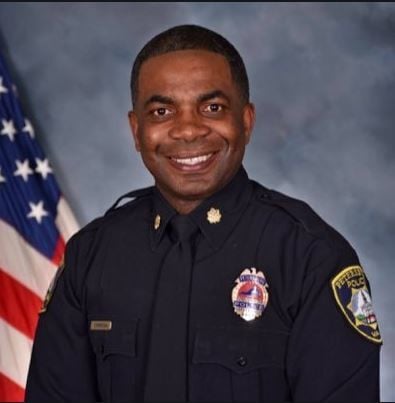