A 24-year-old Petersburg man will spend nearly 40 years behind bars for killing two men in separate killings just over two years apart in Petersburg and Hopewell.

The first victim, 39-year-old Albert Freeman, was fatally shot on Aug. 25, 2017, after authorities believe he was lured to a location in Petersburg to be robbed and struggled with one of his assailants. The second victim, 21-year-old Jaequan Johnson, was shot dead on Aug. 29, 2019, in Hopewell during what authorities believe was a drug transaction that turned into a robbery.

Prosecutors drafted plea agreements approved by judges in both localities that sentenced Drumheller to 37 years for robbing and killing Freeman in Petersburg, and to 60 years with 22 suspended for killing Johnson in Hopewell. The 38 years that Drumheller will serve for the Hopewell killing will be served concurrently with the 37 years he received in Petersburg.

“It was two separate cases, two separate plea agreements and two separate judges, but it was all going on at the same time,” Robert Fierro, Hopewell’s deputy commonwealth’s attorney, said of the dispositions. “It’s fair to say that both jurisdictions were involved in the negotiations in this case.”

In the Petersburg case, Freeman was killed during a period in the city when about 18 people reported being robbed after they responded to advertisements posted on Backpage.com and the Plenty of Fish website related to men seeking relationships with women.

The Backpage ads were created with Drumheller’s email address, and the women whose photos were used in the ads had sought Drumheller’s help in the past with computer problems, authorities said.

Prosecutors said there was no direct link, only a circumstantial one, between Freeman and the advertisements. The method used to rob him was similar to 18 other robberies, along with the general location. Drumheller was not charged with any of the other robberies.

According to evidence, Freeman went to the 200 block of Spring Street, and security camera footage obtained by police showed him walking up to a porch. Freeman is then seen turning around and suddenly backing up with his hands raised, as two men with guns force him to the ground and rob him, said Petersburg Commonwealth’s Attorney Tiffany Buckner.

As the two assailants disappear from the camera’s view, Freeman can be seen getting up and walking in their direction.

Drumheller’s 17-year-old accomplice told police after he was arrested that Drumheller recruited him to participate in the robbery. The teen said Freeman, after being robbed, approached him and started grabbing for his gun. A struggle ensued that resulted in the teen being shot in the arm with his own gun, Buckner said.

The teen told police that he heard more shots fired as he fled, and when he turned around he saw Drumheller standing near Freeman, who had been shot. Drumheller then ran away. The teen also was accused of killing Freeman, but that charge was withdrawn last month. He pleaded guilty to robbery and use of a firearm and was sentenced to 43 years, with all but three years suspended.

In the Hopewell case, Johnson, the victim, agreed to give two young women a ride to a local beauty salon, but told them he first had to stop at a location in the 2200 block of Maple Avenue. Upon arrival, they met with several other people who gathered there, including Drumheller.

At one point, Johnson got out of his car and walked to another vehicle to talk with two men inside. As he leaned into the car’s window, Drumheller approached and shot him once in the abdomen, Fierro said.

The two women who rode with Johnson saw Drumheller standing over the victim. “They described Mr. Johnson as trying to swat away the gun that was being held by the defendant,” Fierro said.

The women also told police that they observed Drumheller reach down over Johnson and take something from him, before turning and pointing his gun at them.

As the others at the scene began to flee, Johnson was able to get up and walk a short distance to the 800 block of Arlington Road, where he collapsed in the front yard of a home. A resident there assisted Johnson and called 911.

Johnson was in “extreme distress” when police and paramedics arrived, but when asked who shot him, Johnson uttered the name Aaron Crumb, which authorities believe “was his best attempt to say Aaron Drumheller,” Fierro said.

Authorities believe Johnson, Drumheller and three other men at the shooting scene had gathered for a drug transaction that turned into a robbery, Fierro said.

“The robbery then went sideways, and that’s when the shooting began,” the prosecutor said.

Police and prosecutors also theorized that Johnson was not the intended target of the robbery, “but things changed and the victim became a secondary target,” Fierro said.

Three other young men — Shaone Lovett, 23, of Hopewell; Dae’kwon Castelle, 21, of Petersburg; and Zhaquan Fisher, 23, of Hopewell — also were charged with murder and several accompanying felonies.

But prosecutors later withdrew all charges because there wasn’t sufficient evidence that they helped set up a drug deal, facilitated the robbery or were involved in Johnson’s killing, Fierro said.

Fierro noted that Virginia law does not allow prosecutors to consolidate crimes that occur in different localities. But had Drumheller been tried for both killings in a single jurisdiction, state sentencing guidelines would have recommended a range of punishment of 26 years and five months on the low end to 44 years and one month at the high end.

“The midpoint was 35 years and three months, and in consideration of that, we felt [Drumheller’s punishment] was a significant sentence above the midpoint,” Fierro said.

“In a case that goes to the jury, there’s risk of getting unfavorable results,” Fierro added. “And considering the community interest in ensuring that violent offenders are separated from the community, we felt this was an appropriate and just resolution.” 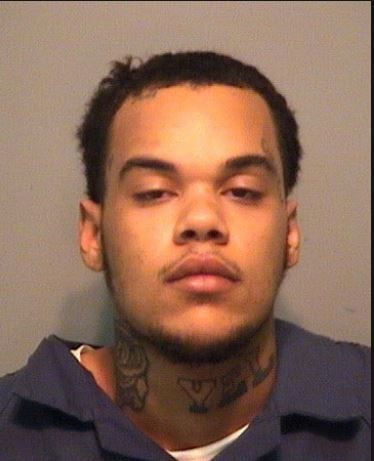 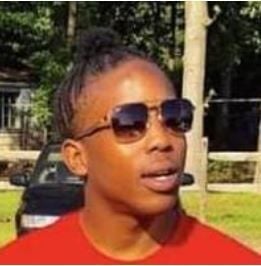