Attorney: Legal brief urging removal of Lee Statue will be filed by more than 50 nearby residents 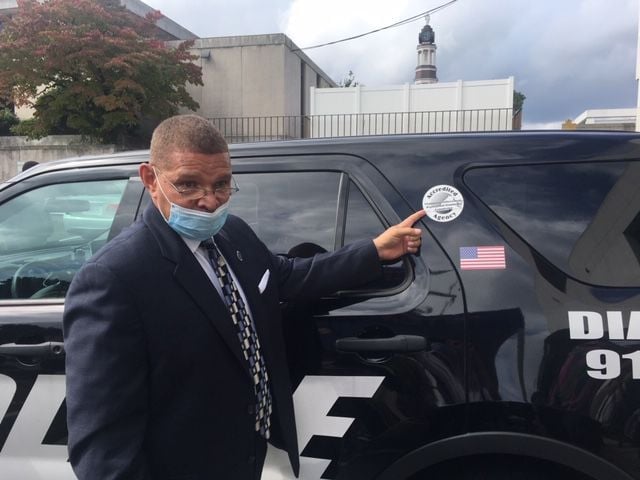 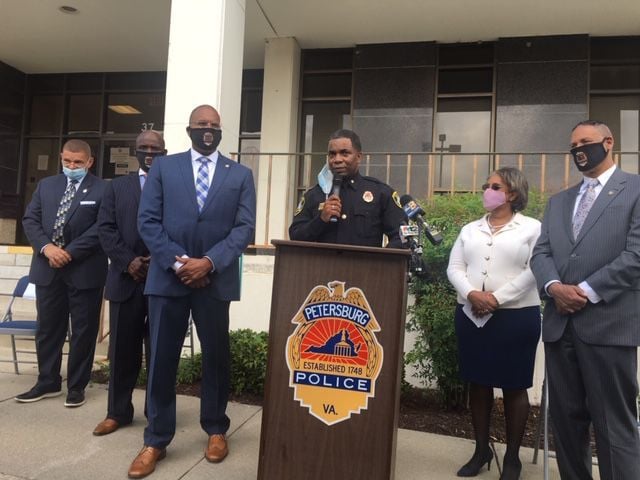 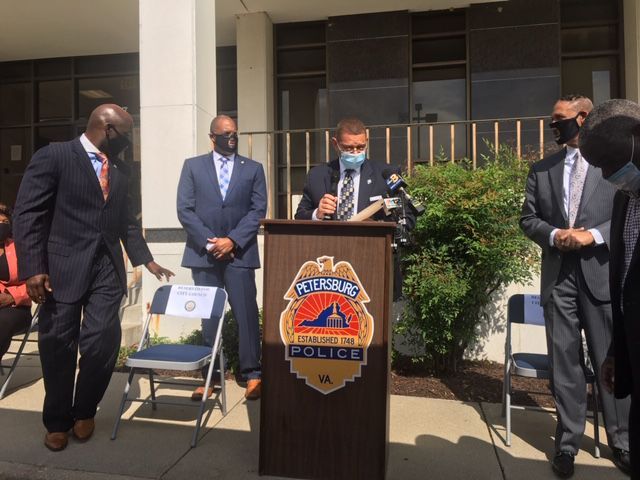 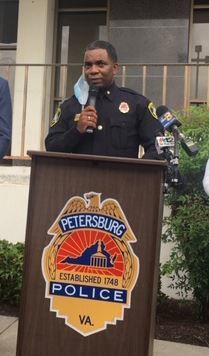 When Kenneth A. Miller took the reins as Petersburg’s police chief more than three years ago, one of his top priorities was to assist the department in achieving something it had never before attained in its 210-year history: state accreditation by complying with professional law enforcement standards.

On Tuesday, Miller met that goal and accepted an award that recognized the department’s three-year effort to bring the agency into compliance with 190 standards set by the Virginia Law Enforcement Professional Standards Commission.

Miller, 61, then announced he was retiring, noting that his work was essentially done after ensuring that others within the department were sufficiently trained to lead it forward.

“One of the things that he said to us as he came in, was that he was the last outside chief that we would hire,” Petersburg City Manager Aretha R. Ferrell-Benavides told a gathering outside the Petersburg Bureau of Police headquarters. “He said he would train them, he would mold them, he would groom someone to take the helm. And that’s what he’s done. He’s not only trained one person, he’s trained a whole team of individuals who are ready to move forward.”

Miller said when he retires on Nov. 1, Deputy Chief Travis Christian will succeed him as the department’s top officer. Christian, a 30-year law enforcement veteran with seven years in Petersburg, previously served as police chief in Waverly and deputy chief at Virginia Union University.

“I’m a fixer; I’m not really a police chief,” Miller said of his role when he was installed as Petersburg’s chief in July 2017, which evolved into deputy city manager for public safety. “I go into areas where there are challenges and where it’s fractured, and I work with my leadership team to make it better. And I set a table for a true police chief.”

Christian has “been developed for the last two years to take my job,” Miller said. “Let me tell you something about him: He’ll be better than me. I know it because that’s why I selected him. He’ll take this to the next level, places where I couldn’t take it.”

Miller, who enjoyed a 34-year career with the Virginia Beach Police Department before coming to Petersburg, was hired in 2017 along with then-Fire Chief Dennis Rubin. They were viewed as institutionally stabilizing leaders for Petersburg’s crucial public safety sector, as city officials worked to put in place an overall management team that could bring order, constancy and trust back to the city of 32,500 residents. Ferrell-Benavides was hired at the same time.

At the time, Miller, Rubin and Ferrell-Benavides said they accepted their new jobs as opportunities to make a difference in a city desperately in need of new leadership.

Three years ago, the city was on the brink of financial ruin and needed a $20 million cash infusion to make up a deficit and have enough in reserves. The city’s finances were the subject of forensic auditors and a separate multijurisdictional grand jury investigation. The probe began with Petersburg police and mushroomed to include city finances generally.

The police department’s evidence and property room turned up $13,356 in missing cash related to three criminal cases and, in another blow, 28 sworn officers resigned over a nine-month span after city leaders implemented an across-the-board 10 percent pay cut for the city’s nearly 600 full-time workforce in July 2016.

Miller on Tuesday seemed especially proud that his department had earned accreditation, which VLEPSC says increases a law enforcement agency’s ability to prevent and control crime through a more efficient delivery of services to the community. It also helps to increase residents’ confidence in a department’s policies and practices, and being fully accredited creates new opportunities to apply for grant funding.

“I’m not the guy that did the work,” Miller said. “It was the sworn officers and non-sworn [personnel] that made this happen.”

But Miller pushed hard to get department supervisors professional training. He noted that he sent one officer to the coveted FBI National Training Academy, and sent others to the University of Richmond Professional Executive Leadership School and to the FBI-LEEDA (Law Enforcement Executive Development Association) program.

“Training is extremely important to this city,” Miller said.

The chief also noted that his department teamed with the FBI, ATF, DEA and U.S. Marshals Service in a highly publicized operation to tackle violent crime and dismantle a major drug and firearms trafficking gang — known as the High Society Hit Squad — that was a plague on the city. The violence led to a record number of homicides in 2018 and again in 2019, with 17 and 20 killings respectively.

The chief cited other accomplishments, such as conducting over 140 “community engagements” with residents through churches and other civic groups, partnering with Virginia State University to send mostly middle school children to the campus to give them a taste of college life, conducting two citizen police academies and increasing the enforcement of traffic laws in an effort to “mitigate some of the narcotics trafficking in our city.”

“There’s only one way to describe him: amazing,” Ferrell-Benavides said of Miller to those gathered to celebrate the department’s accreditation. “He’s an amazing leader.”

Father indicted in connection with death of his toddler daughter

A Richmond father has been indicted for first-degree murder and rape in connection with the 2019 death of his daughter.

RPD chief forms community advisory committee, but is not publicly identifying most of its members

A tip from a resident led to the arrest of a Richmond man accused of stealing a running car with a baby in the back seat early Monday morning,…

Richmond police said Monday that they need the public’s help to identify the person suspected of stealing a vehicle with a baby inside.

A man was killed in a shooting early Friday morning in South Richmond.