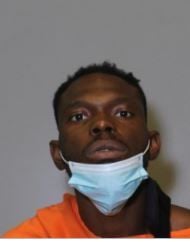 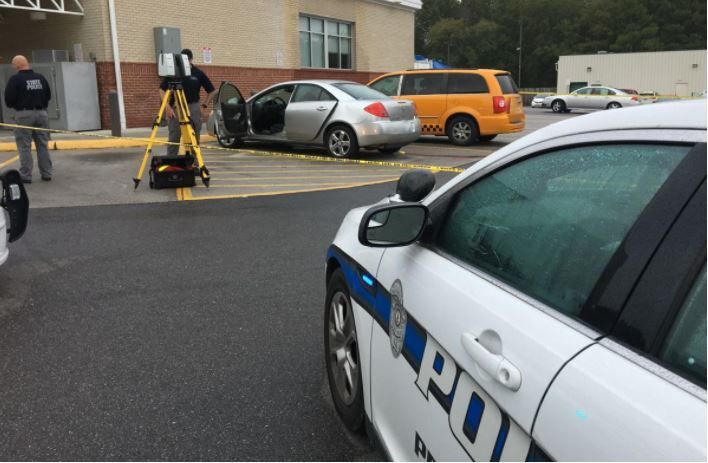 The Oct. 12 shooting occurred outside the Wawa store at Wagner and South Crater roads in Petersburg.

Petersburg’s chief prosecutor has cleared a Prince George County police officer of criminal liability in the Oct. 12 shooting of an armed man outside a Wawa store in Petersburg after he allegedly abducted two acquaintances at gunpoint in Sussex County.

“Based upon review and analysis of the evidence, the applicable law and the totality of the circumstances surrounding this incident, I have determined that the officer’s decisions and actions which included the discharge of his service weapon ... were reasonable in response to an imminent threat to himself and the public,” Petersburg Commonwealth’s Attorney Tiffany Buckner said Tuesday in a prepared statement.

“The very thorough investigation conducted by the Virginia State Police and subsequent reports indicate there is no criminal liability on the part of the officer involved,” she added.

Tevin Jaron Williams, 25, was shot and wounded after being located by authorities in a car outside of the Wawa at 3199 S. Crater Road with two abduction victims. Williams was shot during an interaction with officers, but Buckner on Tuesday said she could not provide specifics because a criminal investigation of Williams is underway and charges against him are pending.

“There is a criminal aspect as related to what happened here in Petersburg ... and to put information out there that shouldn’t be released [at this time] could impact the defendant’s right to an impartial trial down the line,” Buckner said in a phone interview. “So I’m not going to offer any detail about what he’s alleged to have done that led to the” officer discharging his weapon.

“The intention is to seek indictments [against Williams] but what those indictments are hasn’t been finalized,” she added.

After Williams was shot, investigators recovered a gun inside the car, police said.

Williams sustained non-life-threatening injuries and was treated at VCU Medical Center and released to the custody of authorities. He currently is being held at Riverside Regional Jail.

At the time of the October confrontation with police, Williams had been free on a $15,000 secured bond on four felony charges stemming from a May 2019 robbery of a Petersburg woman in her home, according to court papers.

Williams had been held in jail for months after being arrested on June 6, 2019. Williams’ release occurred as the COVID-19 pandemic was ramping up last year and efforts were underway to reduce local and regional jail populations to limit the spread of the disease among inmates. He was released on March 21.

In October, Sussex County Sheriff Earnest Giles provided a detailed account of Williams’ alleged actions in the armed abduction of two acquaintances, 17 and 25, that led to the standoff with police in Petersburg.

Giles said the abduction stemmed from a dispute over where Williams — who at the time was a passenger in a car — wanted to be dropped off. But the driver was reluctant to drop Williams and the other passenger at the location Williams demanded, and an argument ensued while they were in Greensville County, the sheriff said.

The three then stopped at a convenience store in Sussex and, during an argument there, Williams brandished a gun at the driver and insisted that he drop Williams and the other passenger at the location where Williams wanted to go in Petersburg, Giles said.

“That’s when they saw two police officers side-by-side talking with one another, and that’s when the driver pulled into the Wawa” at the intersection of Wagner and South Crater roads, Giles said.

The sheriff added that according to witness statements, “there was a person following behind [Williams and the two victims], alerting officers about what was going on.”

In October, Giles said charges of abduction, felony use of a firearm and possession of a firearm by a convicted felon were pending against Williams in Sussex. As of Tuesday, those charges had not been filed.

Williams is scheduled to be tried by a jury Feb. 26 on the earlier Petersburg charges if the Virginia Supreme Court authorizes Petersburg Circuit Court to resume holding jury trials during the pandemic. Williams, who allegedly robbed a woman of money and prescription drugs, faces charges of robbery, conspiracy to commit robbery, felony use of a firearm and entering a house with a deadly weapon with the intent to commit a crime.

The Oct. 12 shooting occurred outside the Wawa store at Wagner and South Crater roads in Petersburg. 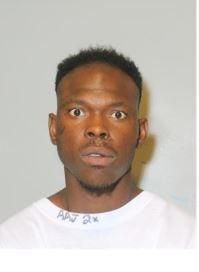