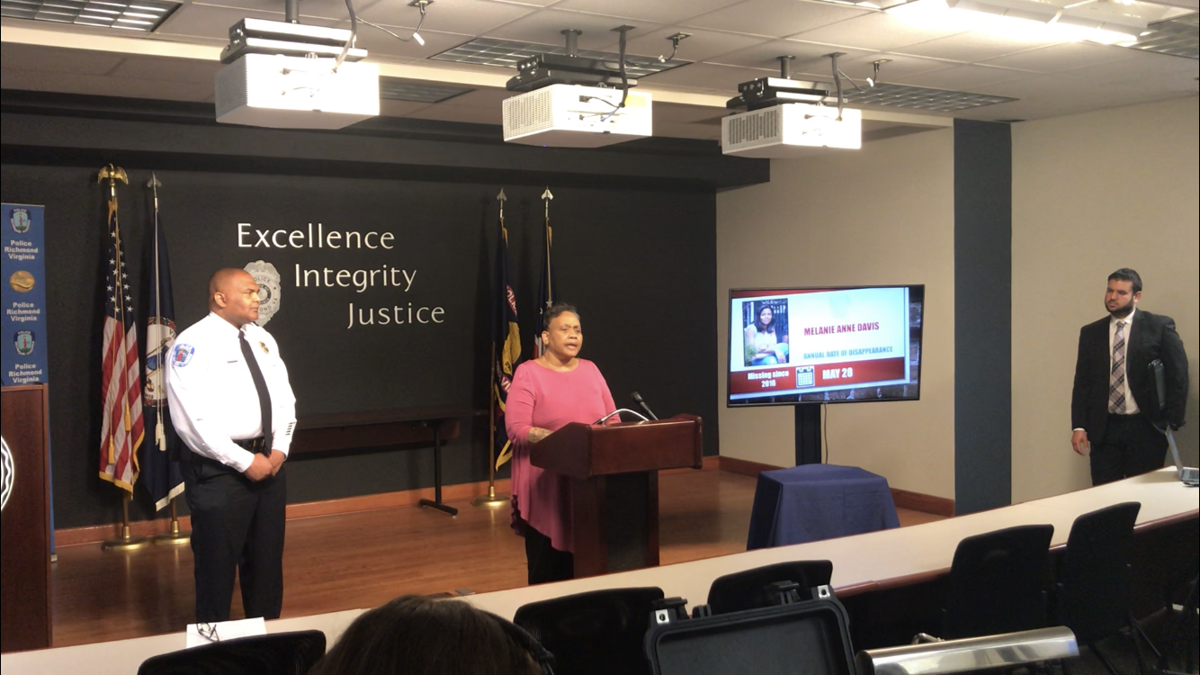 During a news conference highlighting cold cases on Wednesday, Clarice Davis (center) spoke about her sister Melanie Anne Davis, who has been missing since May 28, 2016. 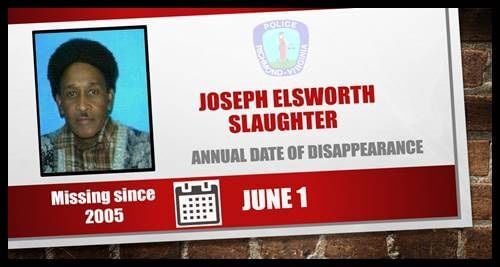 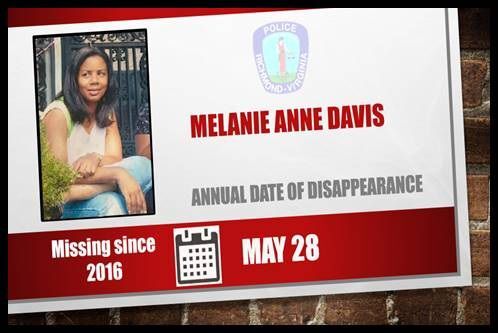 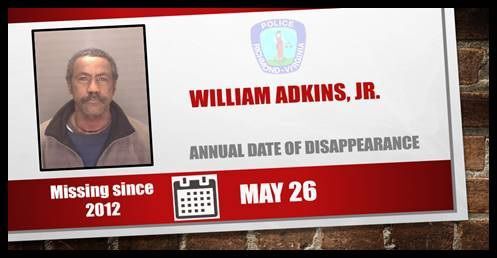 The sister of Melanie Anne Davis had a message for her youngest sibling, who’s been missing for nearly five years: “Come on home.”

“Mel, if you hear me, I love you,” Clarice Davis said Wednesday before a group of reporters. “I miss her. I want her back. If that’s not possible, then we need to have some kind of closure. Because our lives are still up in the air.”

Clarice Davis spoke at a news conference called by the Richmond Police Department to bring attention to this case and two others — though unrelated, all three people were reported missing around the Memorial Day weekend over several years.

As part of an initiative to generate new leads in cold cases, the department releases information on the anniversary of the date of disappearance.

Melanie Anne Davis was reported missing May 28, 2016. The longtime registered nurse at VCU Medical Center was 55 when she went missing.

“We still don’t understand today why she disappeared,” her sister said. “It’s so hard.”

He was known to travel between Richmond and Petersburg, according to Detective Jose Cartagena.

“He’d make contact with his family every few months, but liked to be by himself,” Cartagena said at Wednesday’s news conference. “Once the family hadn’t heard from him in a few months, they called in a missing persons report and our investigation began.”

Last year, Cartagena said the department thought they had a promising lead in Baltimore, but DNA did not match.

With family in Richmond, Goochland and Philadelphia, Joseph Slaughter liked to travel between them, Cartagena said. In Richmond, he’d frequently be spotted on Eighth and Grace streets and down on Dock Street.

Police Chief Gerald Smith said he hopes that the public might be able to share vital information to bring these folks home, or bring closure to their families.

This year to date, Richmond police have taken 241 reports for missing people or juvenile runaways. Of those, 27 cases are still active, Smith said Wednesday.

During a news conference highlighting cold cases on Wednesday, Clarice Davis (center) spoke about her sister Melanie Anne Davis, who has been missing since May 28, 2016.