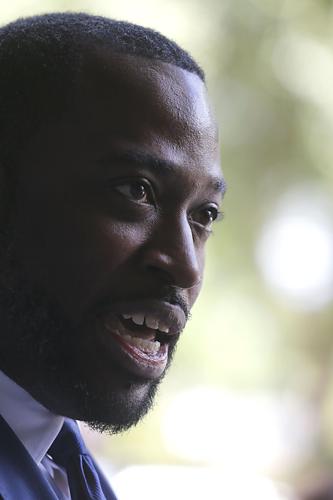 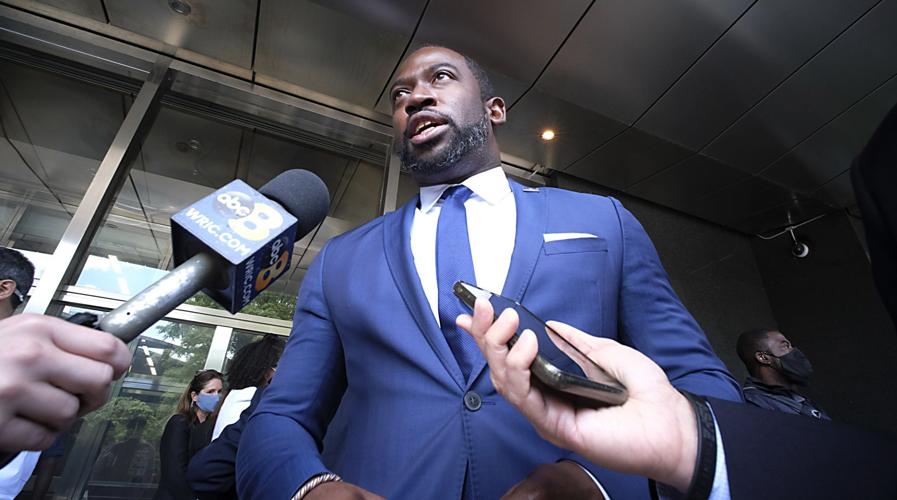 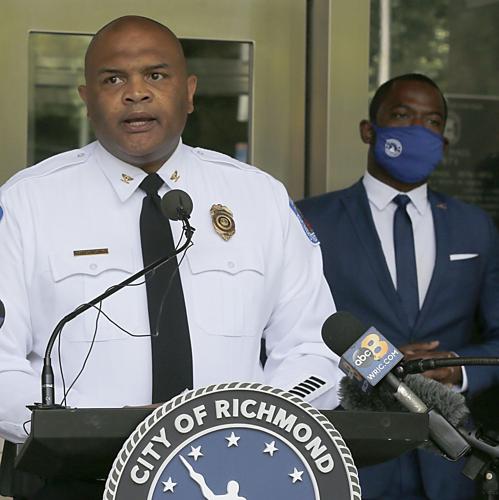 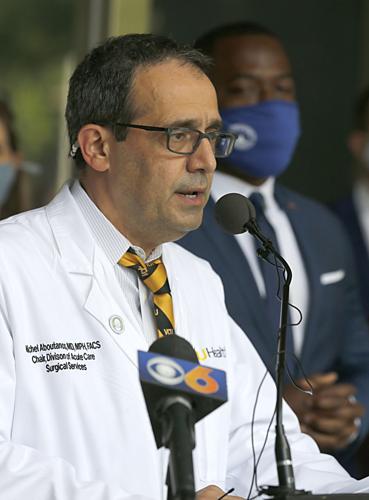 The hardest part of Dr. Michel Aboutanos’ job happens outside of the operating room.

“To look into [a mother’s] eyes and see that flicker of hope go away, when you tell her, her daughter or son did not make it. To hear the scream that will never leave you,” said Aboutanos, head of VCU Health’s Trauma Center, which saw a 51% increase in gun-related admissions last year.

He stood alongside city officials and civic leaders outside City Hall on Thursday to decry gun violence and pledge momentum on efforts to prevent that pain, two weeks after the deadliest month in the city since 2017. April saw 13 people slain in Richmond, all but one with a gun. Among the dead were a mother and her 3-month-old infant.

“I admit to you that is hard, and it is something that we are doing now on a daily basis,” Aboutanos said of treating gunshot victims, after Richmond Mayor Levar Stoney declared gun violence a public health crisis.

Stoney and those gathered Thursday detailed plans to build on and supplement existing efforts to target those flashpoints before they occur through intervention and prevention, and to attack the conditions that give rise to gun violence before someone picks up a weapon to settle a dispute or retaliate.

“The second-hardest thing,” Aboutanos said about the job of a trauma surgeon, “is to look at the other young men and women around her, who are just waiting for you to say that their brother or sister or friend didn’t make it. To see them walk out of that emergency room with a face of confusion, deep grief and, most importantly, deep anger.

“You look and wonder, ‘How will they respond?’... Is there a framework that will help us react to prevent such injuries or to mitigate that impact and the cyclical retaliatory impulse?”

Programs that defuse conflict, provide counseling and mentorship, offer employment opportunities and other positive, memorable experiences for the most underserved and Black and brown communities — where gun violence is frequent — are part of the first phase of a gun violence prevention framework that VCU and the city are working to roll out.

The Gun Violence Prevention Framework work group was formed in October to address some of the doctor’s questions and bring together community-based programs aimed at prevention and intervention under a singular effort.

The work group is made up of representatives from Stoney’s administration, as well as various city departments like police and the health district, and partner agencies including Virginia Commonwealth University and VCU Health.

It was formed out of Stoney’s reimagining a public safety work group that recommended taking some of the work associated with crime prevention out of the hands of police.

“Gun violence is a public health crisis,” Stoney said. “It is incumbent upon me and everyone gathered here today to not just acknowledge this crisis, but name it as something we can solve.”

Behind Stoney stood Police Chief Gerald Smith; Charles Willis, the executive director of United Communities Against Crime, an organization that holds vigils for homicide victims; and Aboutanos; as well as seven of the nine members of City Council, which is being asked to affirm the declaration in a formal resolution at its May 24 meeting.

The resolution is a symbolic measure with no resources attached. But Stoney hopes that it could open more revenue streams to fund the effort in the future; he and the council set aside more than $133,000 to implement part of the framework in the 2021-22 fiscal year budget to be approved later this month.

“Broad support is important,” Stoney said. “It tells funders and the state and federal governments that Richmond is serious about the public health crisis of gun violence. That means more support for our city to address this crisis.”

“Above all, the resolution is a commitment,” he continued. “It’s a commitment to those Richmonders in our communities, especially Black communities, who have for too long lived with the fear of violence in their own neighborhoods.”

Henrico County Police are investigating a fatal shooting in the 400 block of East Laburnum Avenue.

State authorities identified Wednesday two brothers as the victims of Saturday’s boat crash during a fishing tournament on Lake Chesdin.

Authorities released videos of the attacks and identified Marvin Maurice Moore, 39, as the man shown hitting the women.

The Hanover County Sherriff's Office announced Thursday that a suspect they say was involved in a dangerous road rage incident in early September was found and arrested in Montana.

Nearly a year after the the mural of Arthur Ashe in Battery Park was vandalized, a media collective known for exposing far-right hate groups has released footage of the culprits committing the act.

A homicide investigation has commenced after human remains found in Southampton County were identified as those of a Hanover County woman who disappeared in May.

The officer returned fire, but it's not believed the person was struck, police said.

“I feel it in my heart that Keeshae is still alive. I don't know what it is, but I just know it,” said Toni Jacobs on Monday.

Police on Monday released the name of a person killed Saturday in a Richmond apartment complex.

Demonstrations in support of Iranian women take place around the world

Demonstrations in support of Iranian women take place around the world

Referendum on Russia: Kyiv and Western allies call the vote a 'sham'

Referendum on Russia: Kyiv and Western allies call the vote a 'sham'