Richmond police Chief Gerald Smith resigned Tuesday after a two-year tenure that included calls for his resignation from some of the department’s rank and file and an ongoing controversy over his comments regarding an alleged mass shooting plot at Dogwood Dell.

The city announced the departure in a brief statement Tuesday night. Acting Maj. Richard Edwards has been appointed interim chief.

“We would like to thank Chief Smith for his service in law enforcement and wish him well in all his future endeavors,” the statement said.

No cause for Smith’s departure was given, and he was not immediately available to comment on the announcement.

Mayor Levar Stoney in a statement thanked Smith for “his leadership during the height of civil unrest and the global pandemic.”

“As we look around the nation, the challenges faced by police departments have changed since 2020 and we, like so many of our counterparts, are pivoting to ensure we have the infrastructure, including leadership, in place to meet the needs of the current landscape and for the future,” the statement said.

Brendan Leavy, president of Richmond’s Coalition of Police, said the organization is “embracing moving forward with the new interim chief and eager to have an open dialogue with all stakeholders.”

The 300-member group, which represents about half of the city’s sworn officers, in December asked for Smith’s resignation. A survey found that about half of members said they had “no confidence” in Smith’s leadership.

“We look forward to working with the administration, City Council and its citizens on the future success, and we would like to thank all of them for listening to the men and women of the Richmond Police Department,” he said.

Smith has been under scrutiny since a July 6 news conference and national media interviews he conducted in which he provided false information about what detectives found regarding a tip to police about weapons and a threat of a shooting. A caller speaking Spanish on July 1 told police about the weapons and — in a tip officers initially had difficulty understanding — said there was a plan for a mass shooting on July 4 in Richmond, according to police.

Shock waves from the Great Recession are still echoing through Richmond’s city finances, with a deferred maintenance bill now at some $191 mil…

Detectives found the weapons in a residence on Columbia Street but did not corroborate a plan for a mass shooting and knew of no known location, nor whether there was indeed a plot.

Smith’s chief of staff told him officers had “maybe” prevented a mass shooting. Smith stated as fact that police had broken up a plot to kill countless people at Richmond’s July Fourth fireworks show at the Dogwood Dell amphitheater in Byrd Park. Smith later said his “experience” is part of how he reached that conclusion. Smith’s boss, Stoney, also repeated the claim.

Although Smith had praised the police work done on the case, he later blocked the lead detective from a prestigious post on an FBI task force, claiming the proper process had not been followed within the police department for the assignment.

Federal authorities are prosecuting the two men Smith and Stoney accused of planning a mass shooting, but neither man has been charged with any such plan. One faces an immigration charge, and the second faces a weapons charge.

While Smith faced pressure from some city council members, he appeared to have the continued backing of Stoney and Chief Administrative Officer Lincoln Saunders, who maintained that he, too, believed police had stopped a mass killing in Byrd Park on July Fourth.

Phil Wilayto, a founder of the group Defenders for Freedom, Justice & Equality, said Smith “has been a problem since he arrived.”

“The Dogwood Dell mass shooting story and the way he [was] clinging to it long after it was shown false is just the latest,” he said.

“I think we’re seeing challenges from crime. We’re hearing from police and the union and the community at large about concerns with leadership at the department,” he said.

Smith was Richmond’s third police chief in as many weeks when he took the helm of the police department on July 1, 2020, after weeks of nightly protests following the murder of George Floyd by a Minneapolis police officer.

Smith, who had been with the Charlotte-Mecklenburg Police Department in North Carolina, succeeded former Richmond Police Maj. William “Jody” Blackwell, who had served as interim chief for 11 days at the height of the unrest.

In June 2020, Blackwell had replaced former police Chief William Smith. Stoney asked William Smith to resign the same day he elevated Blackwell to the post following what appeared to be escalating clashes between protesters and police.

Blackwell, who served as interim chief for 11 days in 2020, is suing Stoney and Gerald Smith individually in a wrongful termination complaint, saying they violated state law and policy when, according to his complaint, he was fired in retaliation “because he refused an order of Stoney that Blackwell have his officers stand guard over the emergency removal of Richmond’s city-owned Confederate monuments in 2020.”

Blackwell said that he told Stoney at the time that it was illegal to “disturb or interfere with any monuments or memorials for any war or conflict.” The General Assembly amended that law as of July 1, 2020, after Blackwell alleges Stoney issued the order.

On June 26, 2020, Stoney asked Blackwell to step down. Stoney then installed Gerald Smith as chief effective July 1, 2020, the same day the city removed the statue of Stonewall Jackson from its pedestal.

Blackwell returned to his former rank of major. Blackwell’s suit claims that Smith fired him in February 2021 at Stoney’s direction.

Edwards, the new acting chief, has been with the department since 1999. The city statement said Stoney has asked Saunders to conduct a national search for Smith’s replacement.

“We are confident that RPD will move forward positively during this transition,” the statement said.

Tuesday afternoon weather: Clouds continue in and out, but no serious rain

Here's a collection of images that were featured as the Times-Dispatch's From the Archives photos during the month of April. To purchase any o…

Richmond’s first directly-elected mayor under its current strong mayor system, Doug Wilder, is calling for the state to step in to deal with the city’s crime.

Homicides, robberies down: what an understaffed RPD's focus means

Dogwood Dell: 'We need to be very careful with the words we say' 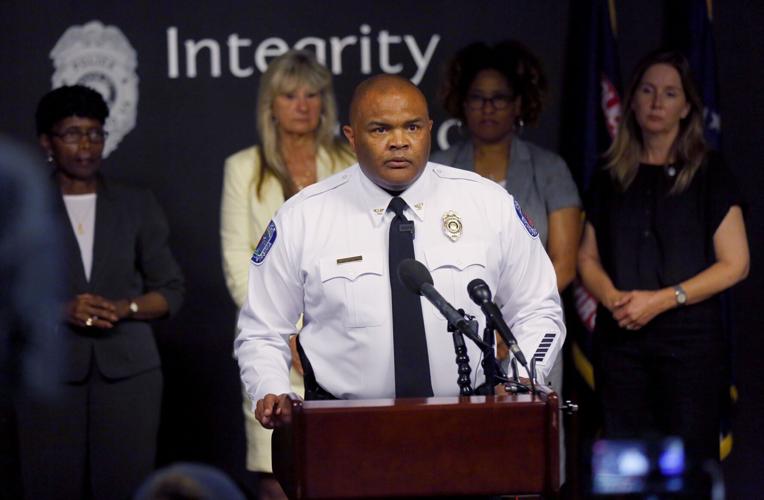 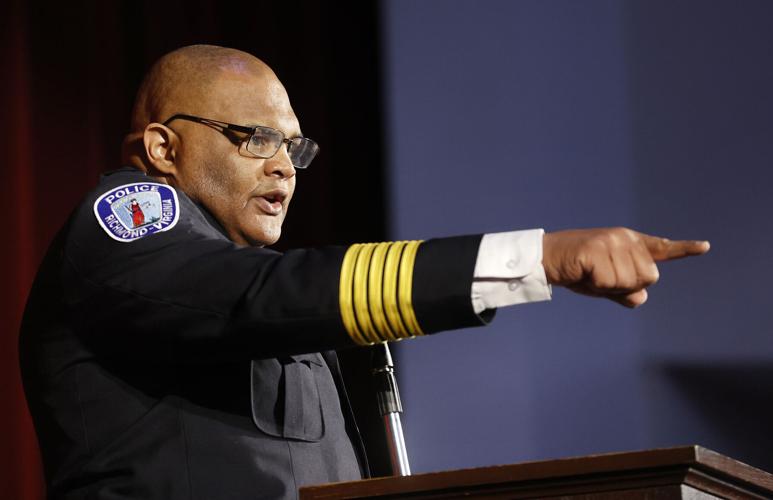 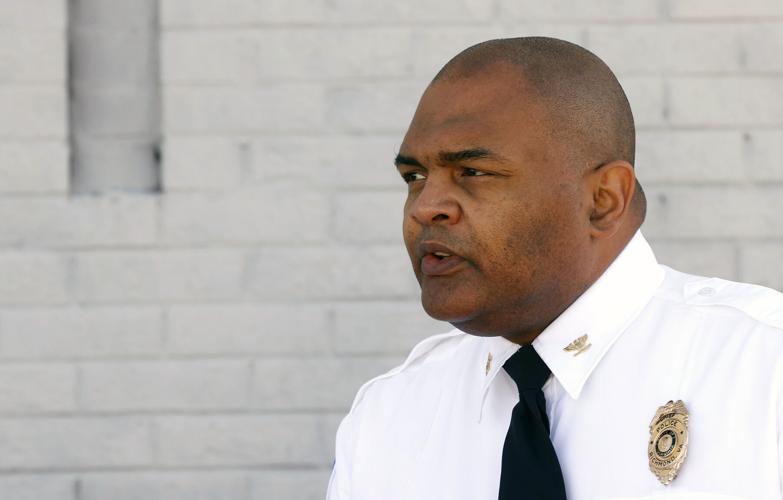 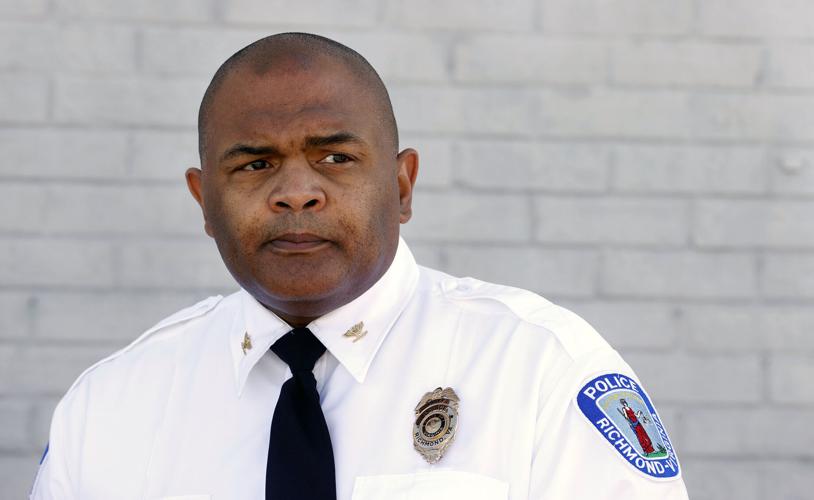