The local police organization that represents about half of the city’s sworn officers is asking for the resignation of Police Chief Gerald Smith after a survey of its rank-and-file members revealed that they have “no confidence” in Smith’s leadership.

Mayor Levar Stoney, who appointed Smith in July 2020 amid civil unrest following the murder of George Floyd, said through a spokesman that he would not remove Smith.

The police department has not commented yet.

Brendan Leavy, president of the Richmond Coalition of Police and a detective in the department, and Carl Scott, vice president and a police pilot — flanked by their board members — announced the survey results at a news conference on Thursday.

“We’re here today to report the rank-and-file members of RCOP has lost the trust and confidence in the current chief’s ability to effectively lead,” Scott said. “On behalf of the majority of our membership, we are respectfully asking Chief Gerald M. Smith to resign immediately so that his replacement can get on with the business of restoring RPD to its former glory.”

If Smith doesn’t resign, Scott said, then the officers ask that Stoney or Chief Administrative Officer Lincoln Saunders remove him.

Last year, Stoney handpicked Smith from the Charlotte-Mecklenburg Police Department in North Carolina, breaking a promise for a national search and sidestepping his own administration’s vetting process. On July 1, 2020, Smith took the helm of the department — its third chief in as many weeks as it dealt with near-nightly unrest for months. While the protests have ended, the effect on morale within the department lingers, and calls for policing reform in the city have gone mostly unanswered.

The survey results appear to be a breaking point after nearly a year of frustration and complaints about low pay and morale among officers, who have left the department at unprecedented numbers.

Smith told City Council members in October that his department had 102 vacancies and an additional 70-plus officers unavailable because of medical, military or administrative leave, which means the department at the time was operating at about 75% of its authorized strength of 750 sworn officers. The number of vacancies and officers unavailable has continued to climb, RCOP said.

Scott said 261 of RCOP’s 328 members, whom he said are the majority of rank-and-file officers currently in the department, completed the survey in the past two weeks. It’s the third survey the coalition has conducted this year. Smith hasn’t fared well on any of them, Leavy said Thursday.

Officers had been pushing the board to hold a “no confidence vote” for months, Leavy said, but they held off “to continue to try to make every single attempt to work and have a working relationship with the chief, and it’s just fallen on deaf ears.”

But the results of the recent survey necessitated a response: 96% of responders saying they’d lost confidence in Smith, 99% saying they’d not seen any improvements in morale since Smith took over, and 89% saying they didn’t feel valued.

In April, police officers and firefighters spoke at a City Council meeting asking its members to reform their pay scale. Council members rejected the plan backed by the professional organizations in favor of their own pay scale study.

The council, however, approved an annual budget last spring with two-step pay increases for some officers and firefighters that went into effect in October. The council on Monday also finalized $3,000 bonuses for public safety personnel from a pot of federal COVID-19 pandemic relief aid awarded to the city.

Over the summer, RCOP installed two billboards, one directly across from Richmond police headquarters on Grace Street, expressing its frustration with pay and staffing.

One billboard, viewable from southbound Interstate 95/64 just past the Arthur Ashe Boulevard exit, read: “The safety of the city is in jeopardy. Public safety is in a CRISIS due to poor pay & staffing.”

A second RCOP billboard, on Grace Street, said: “Are Richmonders getting the most qualified Police Officers? NOT with the lowest paid force in Central VA!” Then it listed the salaries of officers in Henrico, Ashland and Hanover and the starting pay of $43,000 for Richmond police.

Smith brushed off the criticism when the billboards went up, drawing a distinction between the coalition and police. “RCOP is not part of RPD,” he said.

The council in November unanimously approved a resolution asking Stoney’s administration to commit to implementing any pay increases that might be recommended in an upcoming pay study. Eighth District Councilwoman Reva Trammell also recently introduced legislation to allow for union-negotiated collective bargaining contracts for public employees, including police.

The mayor has introduced a similar bill to “pilot” collective bargaining, but the legislation’s scope is limited to labor and trade workers in the city’s Public Works and Public Utilities departments.

In an interview Thursday, Stoney said he suspects that the RCOP news conference was a “cockamamie tactic to unionize Richmond police” in light of the bills.

“I think we have to do everything we can to get morale back up. I think there’s a massive lack of trust between the RPD — and even the fire department to some extent — and the leadership in this city,” said 4th District Councilwoman Kristen Larson. “I don’t know if the answer is the resignation of the chief, but I think morale and the overall state of our police department has got to be addressed in a collaborative, healing way.”

Larson said she feels that the council is also responsible for the distrust, but that some members have been trying in recent months to demonstrate a stronger commitment to supporting law enforcement.

Trammell, the chair of the council’s public safety committee, said she does not think it’s her place to say whether Smith should be fired, but understands why he might resign.

“[Officers] are leaving for a reason. It’s just not because of the pay,” she said. “This is very serious. I don’t think the chief would want to stay if he knows how the police officers are feeling.”

Human remains found earlier this month off Jefferson Davis Highway in Chesterfield County have been identified as belonging to Cody Graham, wh…

Judge: Chesterfield detective who altered search warrants is charged with crime that doesn't exist in Va.

The ex-officer's attorneys have filed a motion to have the charge dismissed.

A Richmond physician and two doctors who formerly practiced in Hanover County have agreed to pay $50,000 and $100,000, respectively, for issuing prescriptions for controlled substances that were not for legitimate medical purposes, the U.S. Attorney's Office announced Thursday.

“For 27 years, this has been home. Nobody has ever displayed that kind of anger or hate to us,” said restaurant owner Tony Sappal.

Police are investigating a fatal stabbing Wednesday morning in Richmond.

"This is not your run-of-the-mill straw purchase," Assistant U.S. Attorney Stephen Miller told the court.

Leroy Kenneth Johnson originally was charged with rape, abduction with intent to defile, strangulation causing injury and possession of a firearm by a felon.

The 9mm handgun was loaded with five bullets, including one in the chamber, authorities said. 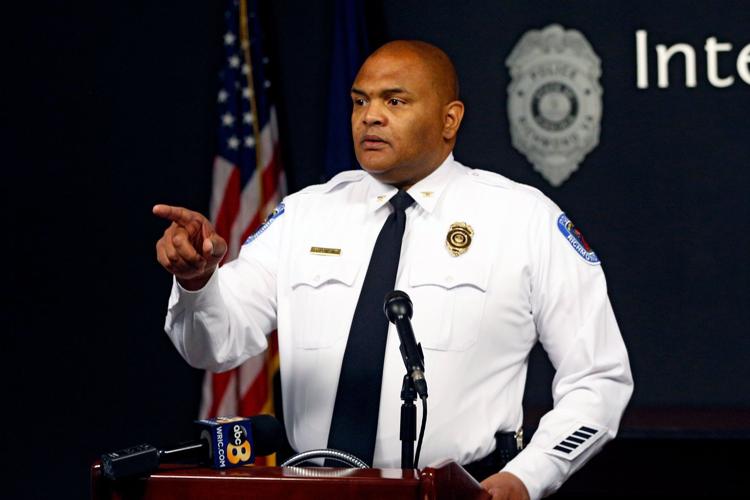 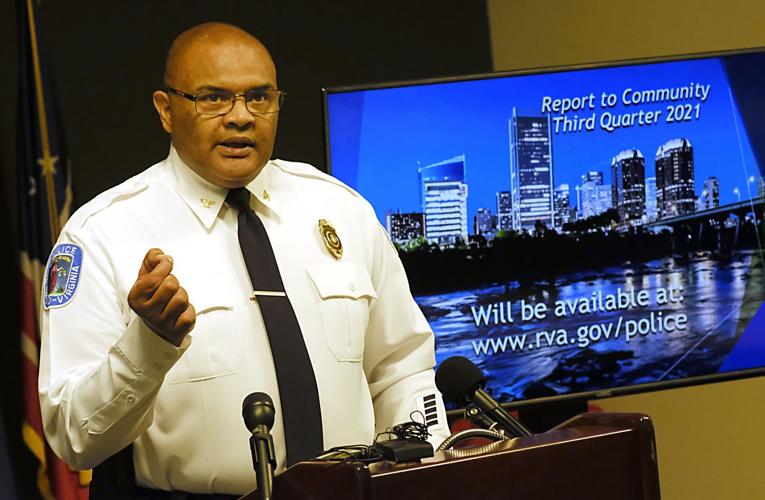