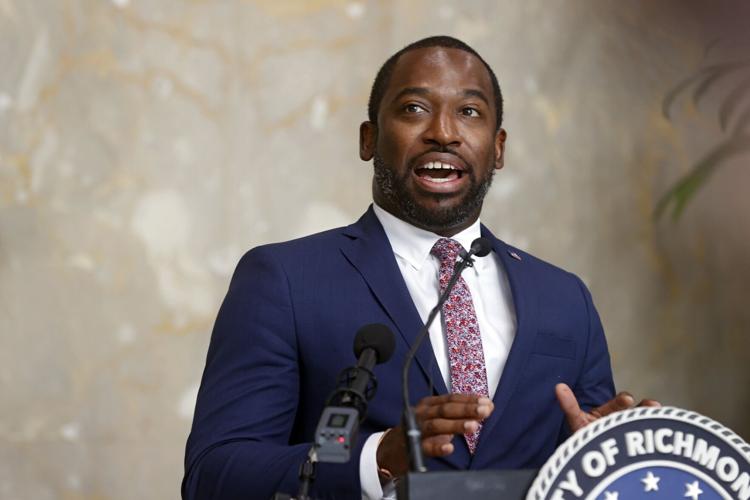 Richmond Mayor Levar Stoney spoke Wednesday at City Hall during a wide-ranging news conference that touched on many topics. 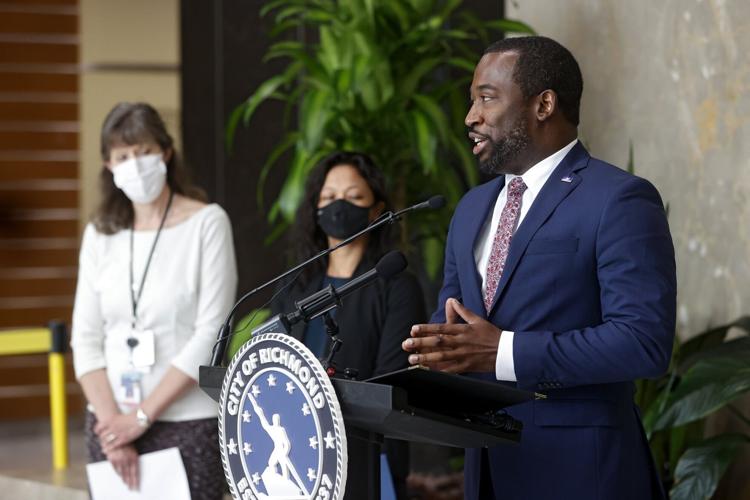 The Times-Dispatch has filed two Freedom of Information Act requests for emails and other documents from Stoney and Richmond police related to a July 6 news conference about the alleged plot and the arrest of two suspects. Other media outlets have filed similar document requests.

Police Chief Gerald Smith said they were tipped off by a citizen who overheard a conversation about a shooting. Smith said the shooting was to have occurred during an Independence Day celebration at Dogwood Dell amphitheater.

But a police spokeswoman later told television station WRIC-TV that the tip did not include a specific location. A court affidavit also doesn’t give a location for the shooting.

Stoney’s office opted not to disclose several documents pertaining to the request, citing one of the 150 record exemptions outlined in the state’s open records act.

The exemption allows elected officials to not make public documents that are for “personal or deliberative use,” available.

“We are following the code of Virginia,” Stoney said Wednesday.

However, the code Stoney referenced is permissive, not mandatory. The code states that records of this nature “may be disclosed by the custodian in his discretion, except where such disclosure is prohibited by law.”

So although Stoney has the ability to release some personal records, the mayor has opted not to, as is consistent with FOIA law and the mayor’s own policy.

“Those documents are protected and that’s always been our policy since day one, since I took office here in 2017,” said Stoney.

The alleged Richmond shooting was to occur the same day a gunman opened fire during a July Fourth parade in suburban Chicago, killing multiple people.

Incubus and Sublime with Rome

A cannabis dispensary is planned in Midlothian. Here's where.

Stoney: FBI hasn't contacted him about origins of Fairfax allegations

Richmond Mayor Levar Stoney on Wednesday said the FBI hasn't reached out him regarding an ongoing investigation into the origins of sexual assault allegations against former Lt. Gov. Justin Fairfax.

The 17-year-old also is charged providing false information during a criminal investigation.

Heather Huffman, 52, has pleaded guilty to defrauding the Virginia Employment Commission and other agencies out of COVID-19-related benefits intended for unemployed workers.

The comments come after an assistant commonwealth’s attorney on Wednesday said prosecutors had no evidence to present that the alleged mass shooting was planned at Dogwood Dell.

Drought causes French river to be crossable by foot

Richmond Mayor Levar Stoney spoke Wednesday at City Hall during a wide-ranging news conference that touched on many topics.