'They went above and beyond': Richmond officers help remove 10 people from motel during fire
0 Comments
Share this
1 of 3 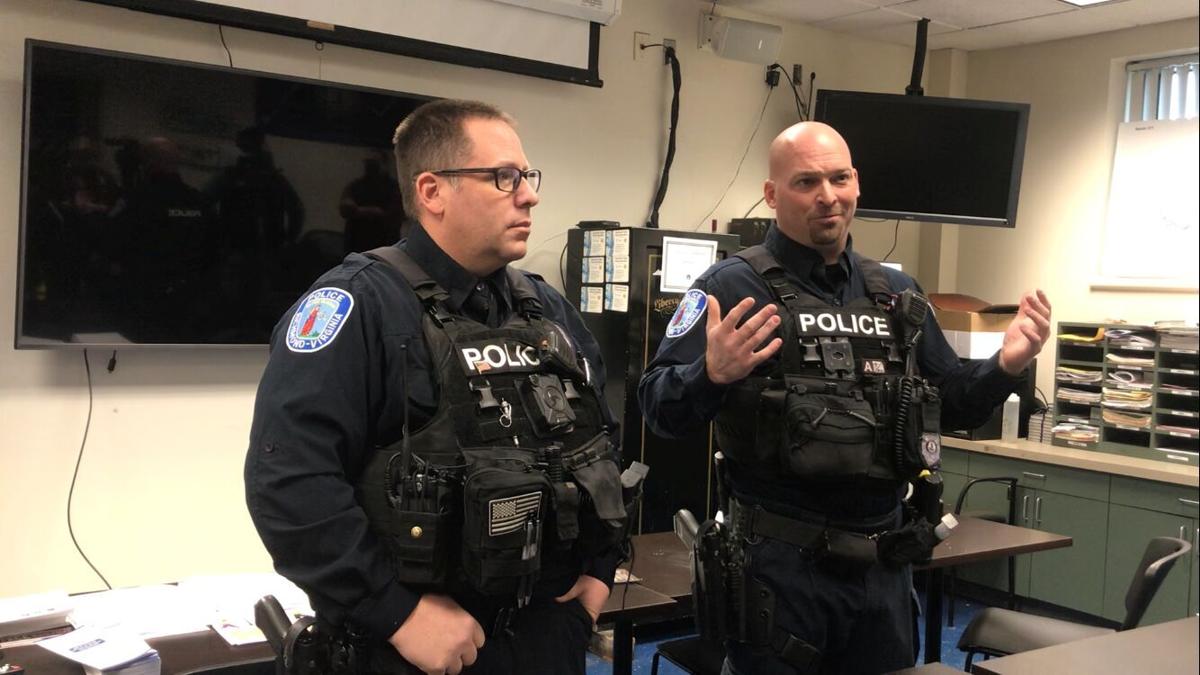 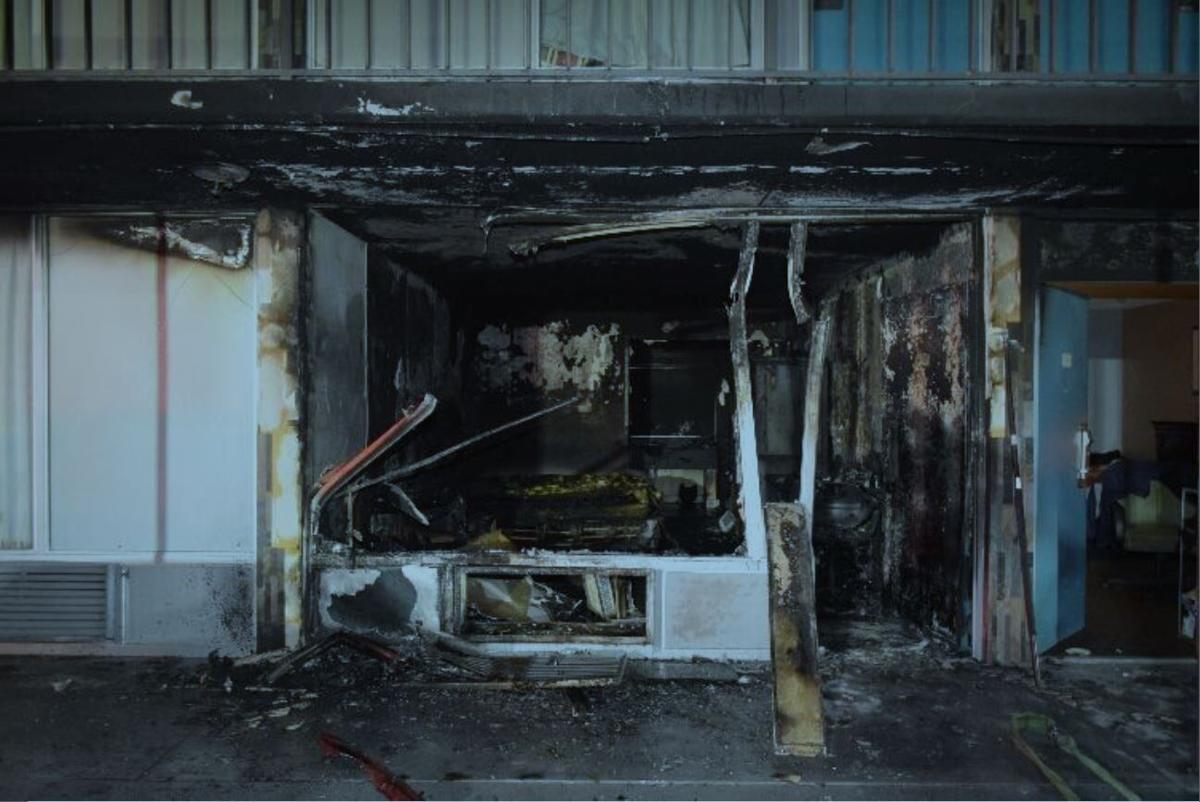 Police helped 10 people evacuate after a fire broke out last week at Richmond Inn and Suites in the city’s South Side. One first-floor room was destroyed by the blaze. 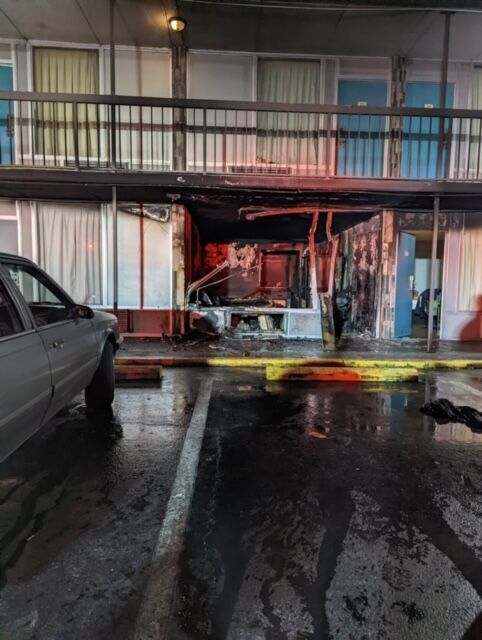 Around 5:30 p.m. on Jan. 7, Richmond fire and police responded the Richmond Inn and Suites, 6346 Midlothian Turnpike, for a fire and heavy smoke coming from a lower-level room. Police officers helped evacuate about 10 people from their rooms and firefighters worked quickly to put out the flames. The incident was marked under control at 5:51 p.m. The Richmond Fire Investigations Unit determined the fire was accidental, caused by clothing on and around a heater.

Two Richmond police officers helped remove about 10 people from a fire last week that had engulfed a motel room at the Richmond Inn and Suites on Midlothian Turnpike.

Around 5:30 p.m. Jan. 7, officers Ben Frazer and Steve Gibson were patrolling the area, when they got a call about a wanted person at the motel in the 6300 block of Midlothian Turnpike. But when they arrived, they found smoke coming from the back of the building and “instincts jumped in,” Frazer recounted Thursday.

Frazer started upstairs and Gibson stayed on the ground-level, where the fire had began, knocking on doors to warn guests of the blaze.

“I started beating on the doors, nobody was answering,” Frazer said, adding that it wasn’t unusual that people didn’t open their doors to the police. “So when that’s the case, we still have to open it up to make sure nobody is down inside because of smoke, or is asleep.”

A master key, provided by the hotel manager didn’t work, so the officers used a battering ram — “the key to the city,” they called it in jest. A man who answered the phone at the motel deferred questions to a manager, who was not immediately available.

“Most didn’t have a clue that there was fire,” Gibson said of the eight to 10 people they helped evacuate. Some were asleep, and some were older and needed assistance, the officers said. Gibson said they put one man on a computer chair, and rolled him out of harm’s way.

Gibson and the manager used fire extinguishers to try and quench the flames, the officer said. But as the foam ran dry, the room’s curtains caught fire, sending smoke over the second-story railing and obscuring Frazer’s vision. He felt blindly for the railing to guide him back downstairs, their captain, Faith Flippo, said. Frazer was treated for minor smoke inhalation.

“They went above and beyond,” Flippo said.

It was only a matter of minutes before Richmond fire crews arrived, according to the officers and the fire department. The blaze was under control within 20 minutes. One first-floor room was completely gutted, but others were safe for guests to return to that night, fire officials said. Investigators said the cause was accidental: clothes had been placed too close to a heater.

“We’re not firefighters, so to us every fire is bad,” said Frazer, who’s been on the force for 13 years.

Gibson has been with the department for 14 years, and recalled one other similar incident about a decade ago at an assisted living facility in South Richmond. But typically during a fire, the officers said: “All we’re doing is blocking off roads and trying to keep people out of the scene and keep people from running over fire hoses.”

“In a situation like that, I don’t think it matters if you’re a police officer, firefighter, or whatever, the average human being would have done the same thing we did,” Frazer said.

“We are grateful for the officers’ assistance in evacuating occupants from the motel,” the fire department said in a statement on Thursday. It was one of three fires their crews responded to within a one-hour period last Friday night. “This type of teamwork between public safety agencies in the City of Richmond is a good example of how we can work together to keep our citizens safe.”

After Frazer was treated by the Richmond Ambulance Authority, the officers returned to the 3rd Precinct to file paperwork on the incident, which happened just an hour and a half into their shift. Later, they aided Chesterfield police in a robbery.

Their shift ended when they were in a head-on collision with a fleeing vehicle, they said. Frazer was again treated, and later cleared.

“Sometimes it’s a quiet night,” Frazer said, knocking on a table in the precinct as he recounted to their story to reporters.

“Sometimes, you’re a magnet for interesting things,” his partner added.

Police helped 10 people evacuate after a fire broke out last week at Richmond Inn and Suites in the city’s South Side. One first-floor room was destroyed by the blaze.

Around 5:30 p.m. on Jan. 7, Richmond fire and police responded the Richmond Inn and Suites, 6346 Midlothian Turnpike, for a fire and heavy smoke coming from a lower-level room. Police officers helped evacuate about 10 people from their rooms and firefighters worked quickly to put out the flames. The incident was marked under control at 5:51 p.m. The Richmond Fire Investigations Unit determined the fire was accidental, caused by clothing on and around a heater.