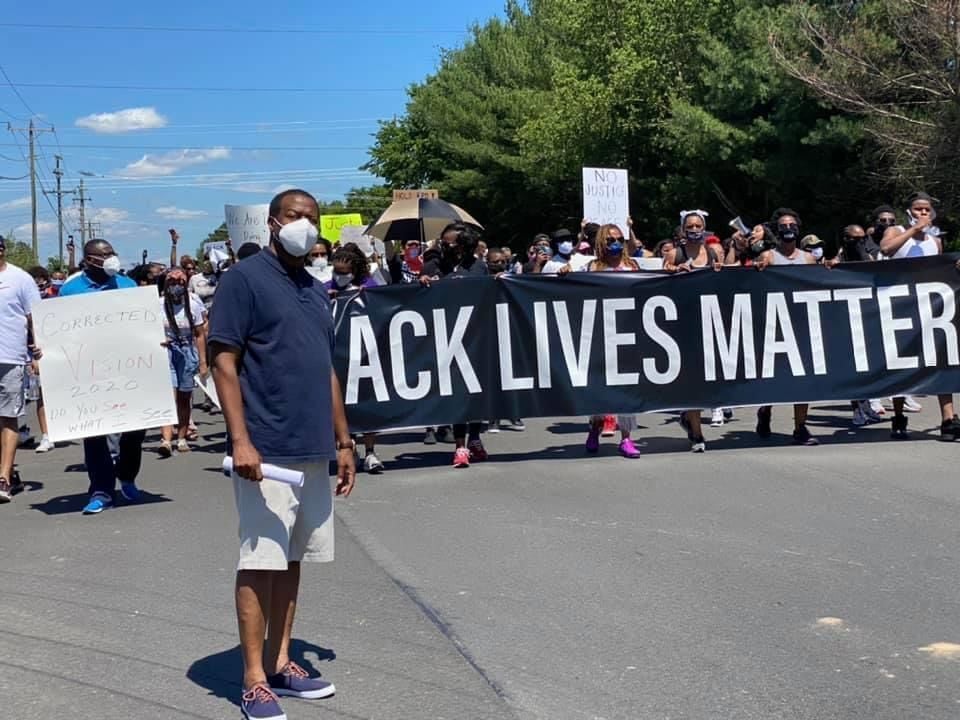 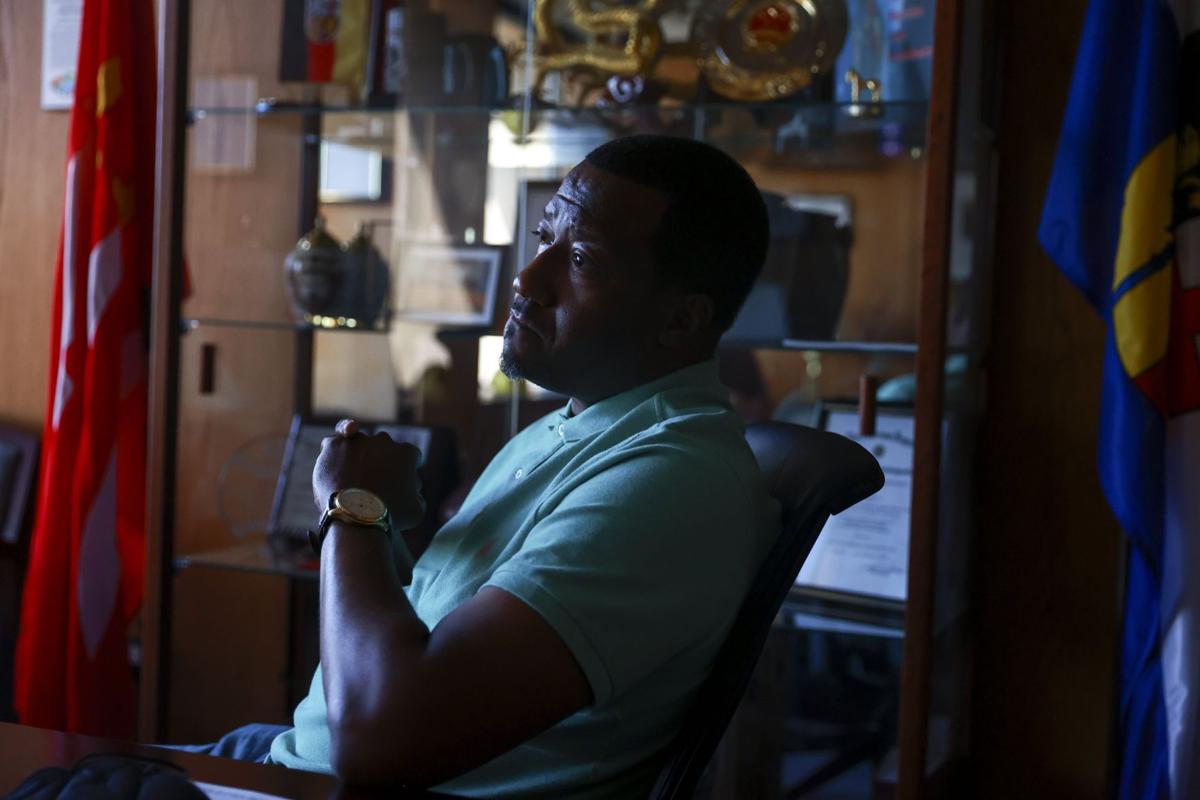 Tyrone Nelson, who represents Varina on the Henrico Board of Supervisors, proposed creating a police civilian review board in the county last year.

There was only one problem: Nelson, one of two Black board members, wanted the oversight body to be able to investigate. His conservative colleagues, all of whom are white, did not.

He expected to present his plans to the board in April. Instead, in the nearly 12 months later since his request, he’s exactly where he started, with platitudes in hand but no power to effect the change he hoped to see.

“You have to ask yourself how this board is really helping? I think, when we first talked about this, I was OK with the chief [Eric English] having a final say as it relates to an employee, but I wasn’t OK with the board not being able to have a public voice,” Nelson said.

For now, Nelson said if there is a different Board of Supervisors in a few years, maybe the civilian review board would come back for consideration. Henrico’s Black, Asian and Latino residents make up nearly half of the county’s population — a demographic shift that has coincided with Henrico’s trending from a reliably red electorate toward one that’s purple locally and blue in national and statewide elections.

Over the summer the county renamed the Confederate Hills Recreation Center in Highland Springs and hired its first Black police chief, Eric English. Then in October, the Henrico County manager pulled funding for a new position within the Henrico Commonwealth’s Attorney’s Office: deputy for police integrity and compliance, after deciding the woman chosen for the job could not objectively judge police actions.

The position, created in response to the reckoning, to help improve police accountability, has since been eliminated.

The county School Board’s chairwoman stepped down from the point position in April after sharing a Facebook post that argued against the Dr. Seuss estate’s decision to stop publishing six books that stereotype Black and Asian people.

In an interview, Tuckahoe District Supervisor Pat O’Bannon, a Republican, applauded the hard work done by Nelson and Dan Schmitt, the Brookland District supervisor and board chairman, over the past few months, but is concerned about having an investigative oversight board.

Having such a board, O’Bannon said, would give power to citizens that the supervisors themselves lack.

O’Bannon, who in July questioned if the county has a policing problem, said the best proof for anything questionable is by reviewing footage from police body cameras, not having a review board weigh in.

The Henrico police internal affairs division investigated 112 complaints, 64 of which were filed by citizens, in 2020, according to county data. Of those, 61 were classified as “sustained,” meaning that the allegation was supported by evidence, and two were deemed “justified,” meaning the response to resistance was appropriate.

In 2019, there were 122 complaints, 80 being complaints filed by the public and 30 were “sustained.” The complaints data does not specify the difference between public complaints versus internal investigations. The data does not reveal what actions are taken by Internal Affairs in light of the complaints.

Nelson hopes the public complaints will stop because English is looking to hold his officers more accountable. English, with whom Nelson said he had a “positive conversation” recently regarding police reform, declined to be interviewed.

Initially, Nelson thought he would be OK with compromise. But after months of work with Schmitt, they were looking at something that felt like “putting lipstick on a pig.” Dressing something up to hide its failures doesn’t work, he said.

The abandoned draft proposal, obtained through a Freedom of Information Act Request, showed plans for a board with an independent process for citizens to submit a law enforcement complaint. The board would review complaints with information provided by the police internal affairs division and could not speak with the officer in question or anyone else.

The board would not make recommendations or final decisions regarding discipline. Instead, it would decide whether to agree or disagree with the decision made by the police department’s internal affairs office.

“The board would not be able to say ‘Chief, we disagree with internal affairs and think the office should be suspended or terminated. They wouldn’t be able to do anything,” Nelson said.

In order to come around to having an investigative board, Schmitt said in an interview that he would need to first see how it works, something he said no one could define for him.

Fairfield District resident Samantha Thompson — who led Henrico County Community Advocates, a grass-roots community group, in presenting information and findings to the supervisors in the past year in support of a civilian review board — said she felt disheartened.

“The whole purpose of a civilian review board is to have an independent investigative review of use of force, police activity and complaints by constituents,” Thompson said in an interview. “If we can’t do that, then what can we do?”

No county residents were included in drafting the proposal, something Nelson regrets.

While Thompson understands Nelson’s decision to pump the brakes, she questions why it came to this after so many Henrico citizens expressed support for an oversight board in emails, town halls and a specially called meeting last summer.

Of 735 responses to a county survey last summer, 58% of county residents said they support the idea of having a board, 22% outright opposed it and 20% did not take a side.

Those responses can’t be lumped into a bucket, Schmitt said, because the survey did not ask whether the board should have subpoena power.

Thompson said she doesn’t understand why Schmitt, after initially saying he would be open to a board, turned his back on Nelson’s proposal.

Schmitt said he did everything besides turn his back on it. He worked with Nelson for months as well as researched and studied civilian review boards.

“The supervisors didn’t actually hear us out,” Thompson said. “They heard us but they didn’t hear us.”

The state law passed last year expanding the powers of civilian review boards allowed the bodies to exercise subpoena power beginning July 1. However, the stronger measures are not mandatory.

Thompson said the law should go further and mandate police oversight panels for which the state should provide funding.

Schmitt said there are too many unknowns with the state legislation and what other localities will ultimately establish.

In a recent interview, Bagby said he understands the challenge that some localities face: the fear of doing the right thing.

“In the years to come, I’m very confident that civilian review boards will be like any other challenge that we have met in the past, including [requiring law enforcement to wear] body cameras,” Bagby said.

In due time, Bagby said, he and others will look back to this moment and say, “Nelson was a man before his time.”

Tyrone Nelson, who represents Varina on the Henrico Board of Supervisors, proposed creating a police civilian review board in the county last year.