Two cases from eviction protest at Richmond courthouse to be tried jointly, over attorneys' opposition
0 Comments
Share this
1 of 3 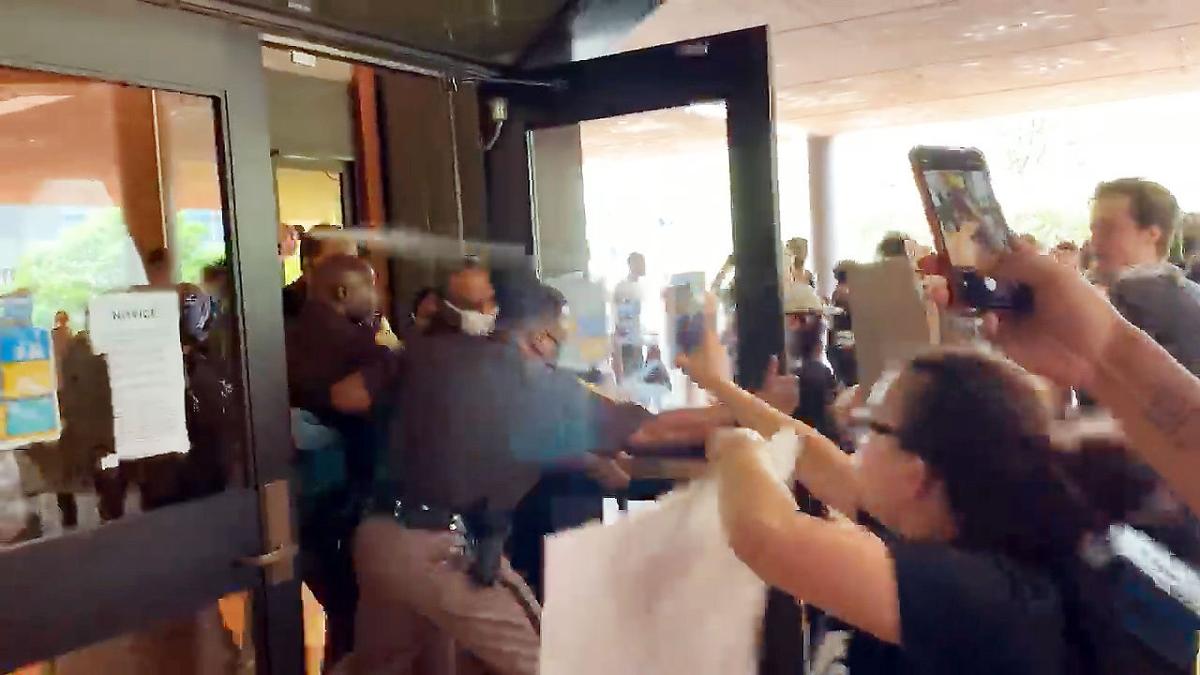 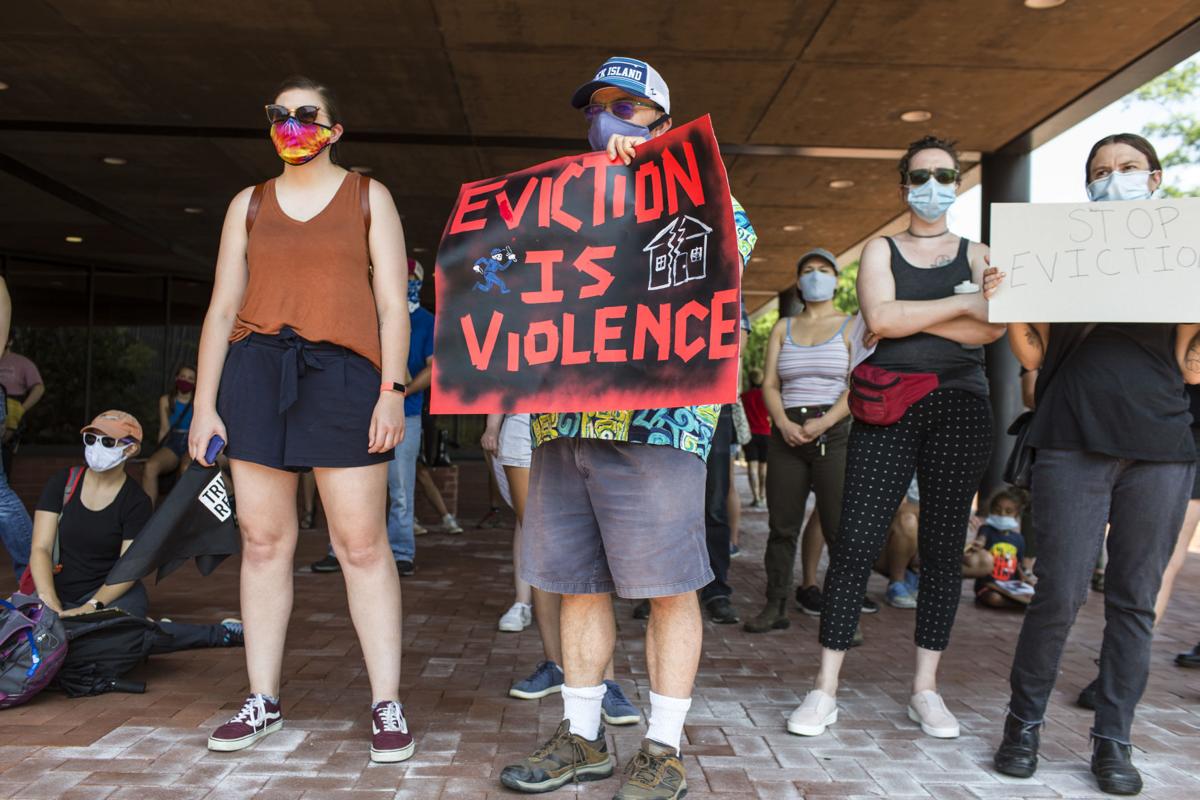 Anti-eviction protesters gathered outside of the John Marshall Courts Building in Richmond on July 1, 2020. 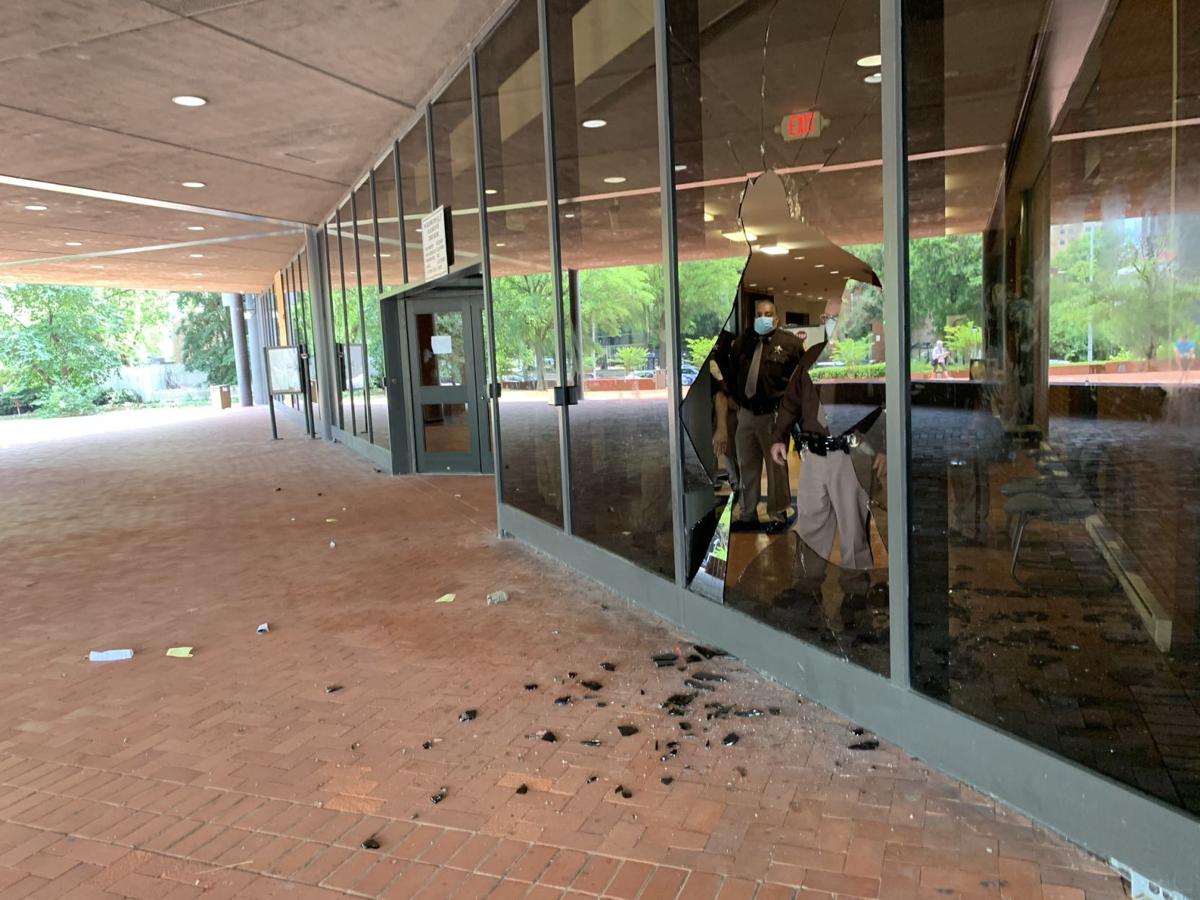 Two people were arrested at the same time, in the same place, and during the same protest last summer at the John Marshall Courts Building.

That was a Richmond prosecutor’s reasoning when she successfully argued Friday that the two cases were similar enough that they should be tried together.

Omari Al-Qadaffi, a Black man, stands charged with two felony counts of assault and battery of a law enforcement officer and two misdemeanor counts of trespassing and obstruction; while Irena Schunn, a white woman, faces only the lesser charges stemming from the incident on July 1, 2020.

“It highlights the disparity in the charges,” Al-Qadaffi said after Friday’s hearing in Richmond Circuit Court. “If I were not a Black male, I would not be charged with a felony.”

After the hearing, Assistant Commonwealth’s Attorney Katherine Groover said race played no role in how the two were charged. She said Al-Qadaffi is charged with assaulting two Richmond sheriff’s deputies because he allegedly kicked them during a scuffle inside the courthouse lobby. The incident was caught on video, Groover said.

“We can’t charge people with things that they didn’t do,” said Groover, referring to Schunn. “They didn’t commit the same offenses. She didn’t kick the deputies.”

But Al-Qadaffi says he didn’t, either.

“When the video is shown to a jury, I expect they will see that I didn’t commit any crime,” he said.

At an earlier proceeding in lower court, one of the deputies who was injured during the encounter testified that she did not see who kicked her.

Al-Qadaffi, a well-known housing rights organizer who works with the Legal Aid Justice Center, was demonstrating as part of a protest against the resumption of evictions in the city. He said he hadn’t known Schunn beforehand, nor why she was there.

Schunn couldn’t be reached for comment. She was earlier acquitted of an unlawful assembly charge from a separate protest on Aug. 16. Her sister Inga Schunn was convicted in the August incident.

Al-Qadaffi said that about 1:15 p.m. on the day of the July 1 protest, he walked into the courts building intending to observe eviction proceedings and was immediately accosted by deputies. The building is open to the public.

“I was never aggressive,” Al-Qadaffi said. “It was scary, actually. It descended into chaos quickly.”

Groover said deputies had tried to bar the protesters from entering and that Al-Qadaffi and Schunn joined arms to push their way through. Deputies used pepper spray on demonstrators and, at some point, a window was smashed.

“They walked into this courthouse together,” Groover told the substitute judge from Newport News on Friday. “They committed these acts together.”

Attorney Sara Gaborik, who is representing Al-Qadaffi, and Zach Gaver, a public defender representing Schunn, argued against the motion to join the two cases. They said doing so could hurt their respective clients, who might offer differing defenses — something they said could further confuse a jury, on top of the fact that the two defendants face different charges.

“My client is very differently situated,” Gaborik said. “These are not apples, but apples and oranges.”

Gaver said the difference in the potential sentences is enough to keep the cases separate.

“His minimum starts where her maximum ends,” he said.

Gaver added that the gravity of the charges against Al-Qadaffi could taint Schunn as well: “If she was tried separately, no evidence of the assault would come in.”

Retired Judge David Pugh sided with the prosecutor that the contemporaneous nature of the alleged offenses met the burden to join the cases, which are set to be tried in October.

As Henrico seeks to set up mental health docket, diversion program keeps some out of jail

Anti-eviction protesters gathered outside of the John Marshall Courts Building in Richmond on July 1, 2020.