The first message arrived on the screens of students’ cellphones at 10:33 p.m. on Nov. 13 in all capital letters: “SHOTS FIRED REPORTED AT CULBRETH GARAGE.”

A shooting had occurred on campus, taking the lives of three students and injuring two more. With the suspected gunman on the loose, authorities locked down campus for 12 hours.

During that time, UVa released a flurry of updates to cellphones, email accounts and social media. They informed the public of the suspect’s description and continually asked students to shelter in place.

By the time the lockdown had ended, after police had arrested Christopher Darnell Jones Jr., UVa had sent 36 alerts, roughly one every 15 minutes.

It was a stark reversal from how Virginia Tech had notified students slowly in 2007 as a massacre was unfolding on campus. The lessons learned since then have caused universities to respond faster and provide more information.

They have more sophisticated technology and sometimes often overcommunicate instead of undercommunicate, erring on the side of caution. False alarms and raised anxiety are sometimes unintended consequences.

In the years since 2007, it’s become clear that timely notifications are “critical to campus safety,” said Tom Kapsidelis, a former Richmond Times-Dispatch editor and author of “After Virginia Tech: Guns, Safety, and Healing in the Era of Mass Shootings.”

Other improvements have strived to increase safety on campus, experts said, including threat assessment teams designed to root out threats before they surface, better preparation for active shooter situations and a general approach of sharing suspicious behavior with authorities.

When 32 students and teachers were killed by an armed gunman at Virginia Tech in 2007, administrators waited two hours before notifying the community.

At 7:25 a.m., police responded to the West Ambler Johnston Hall dormitory, where two students had been shot and killed. Bloody footprints led toward the stairwell, indicating a shooter on the loose.

It wasn’t until 9:26 that Virginia Tech issued an alert, mentioning a shooting “incident” and containing no information that the gunman had not been apprehended.

Administrators did not believe there was an ongoing threat to campus and that families should be notified first, Kapsidelis said. An emergency that contained a false alarm months earlier led school leaders to worry that a campuswide announcement would create unnecessary panic on campus.

Shortly after 9:30, the shooter entered Norris Hall, where he killed 25 students and five faculty members and wounded 17 others.

At 9:50, Virginia Tech issued a second email alert, informing students that a “gunman is loose on campus.” A third alert, sent at 10:17, announced a lockdown.

In the years since Virginia Tech, colleges in Virginia have improved their response capabilities greatly. Virginia legislators passed a law in 2008 requiring public colleges to immediately broadcast threats through texts, email and other lines of communication.

The Clery Act, signed into federal law in 1990, already required colleges to issue timely warnings to on-campus threats. The act was named for a Lehigh University freshman who was raped and murdered in her dorm room in 1986.

Now, UVa is capable of sending alerts via text, social media, LCD screens around campus, LED clocks in classrooms, outdoor sirens and public address systems in buildings. It contracts with a company called Rave Mobile Alerts, which is used by several colleges in the state.

Virginia Tech’s president at the time, Charles Steger, defended the school’s reaction in the years following. The school eventually paid a fine for violating the Clery Act.

When the shooting began the night of Nov. 13 on the northern end of UVa’s campus, it took the university minutes to respond.

At 10:40 p.m., UVa instructed students and anyone nearby to shelter in place. At 10:43, it announced the report of an “ACTIVE ATTACKER FIREARM” in the Culbreth Road area. The message ended with the words “RUN HIDE FIGHT.”

“Run, hide, fight” is a protocol developed by federal law enforcement agencies for how adults should respond to active shooters. Bystanders should run to a safe location.

If that’s not possible, they should hide behind a locked and barricaded door. Only as a last resort should they fight the attacker.

UVa’s alerts continued frequently into Monday morning, often stating the same information — the description of the suspect, the fact that police were searching campus and an instruction for students to stay put.

In the event of an ongoing threat, UVa’s emergency response team sends an update every 15 minutes whether there’s new information or not, said Bethanie Glover, a spokesperson for the university.

At 10:35 a.m., the school announced it was lifting the lockdown: “THE UVA SHELTER IN PLACE ORDER HAS BEEN LIFTED BASED UPON A THOROUGH SEARCH ON AND AROUND GROUNDS. A LARGE POLICE PRESENCE WILL REMAIN.”

At 11:26, the final message was delivered: “UVA UPDATE: POLICE HAVE THE SUSPECT IN CUSTODY. THIS IS THE FINAL ALERT MESSAGE.”

Em Gunter, 19 and a UVa sophomore, wishes the university had responded faster. There were at least 17 minutes between the moment she heard six gunshots from her dorm room and when the university issued its first alert, telling students to avoid the area where the shooting occurred.

She would have preferred the school err on the side of caution and set a lockdown immediately. Had the university realized there was no ongoing threat, it could have lifted the lockdown later.

“I’d rather go overboard than underboard,” she said.

But many UVa students don’t receive text alerts, she said — students have to opt in — and few students check their email at 10:30 p.m. on Sundays. So many were unaware of the situation.

Some nearby residents also said they did not know a shooting had occurred. The university encourages community members not connected to the school to receive text alerts, which can be done by texting “UVA” to 226787.

There’s not much downside to overcommunicating, said John Nicoletti, a psychologist who consulted with the investigation of Virginia Tech’s response in 2007. Because Jones, the suspect, is a UVa student, it’s possible he received the same updates as everyone else and knew what police were looking for.

That’s not necessarily a bad thing, Nicoletti said. Sometimes, shooters surrender when they see the alerts and realize what they’re up against.

When two Bridgewater College officers were shot on campus in February, the school quickly locked down campus. A few hours after police apprehended the suspect, the school allowed students to move about on campus again.

When two Richmond residents got into a fight earlier this year and one fired a gun, VCU asked nearby students not to leave their homes for a brief period of time. When it became clear there was no continuing threat, VCU gave the all-clear.

Sending out too many alerts can lead to a heightened sense of anxiety or students tuning them out. That’s why Virginia Tech limits its notifications to situations in which the school needs the community to take action, said Mark Owczarski, a spokesman for Tech. VCU’s police chief declined to comment through a spokesperson.

Virginia Tech also contracts with Rave Mobile Alerts and uses text alerts mostly for weather, such as tornado warnings and snowstorms that close campus. When a shooting occurred at a hookah lounge in February, killing one person and injuring four others, the university issued text alerts telling students to secure their doors and stay in place.

Students obliged, Owczarski said. It was of great service to police not having students walking the streets at the time.

Virginia Tech first implemented its emergency alert system after the 2007 shooting. It was in development before the slayings occurred, but it had not gone live yet.

This is coverage of the shooting that killed three at the University of Virginia Nov. 13 and the arrest of Christopher Darnell Jones Jr. in He…

Hopewell police are investigating a fatal shooting in the 2800 block of Poplar Street on Sunday.

VCU conducted more than $350 million worth of research in fiscal 2021, focusing on cancer, COVID, the Chesapeake Bay and more.

Ted Raspiller, who has led the school for almost a decade, is leaving for a job at Virginia529, the state's college savings plan. 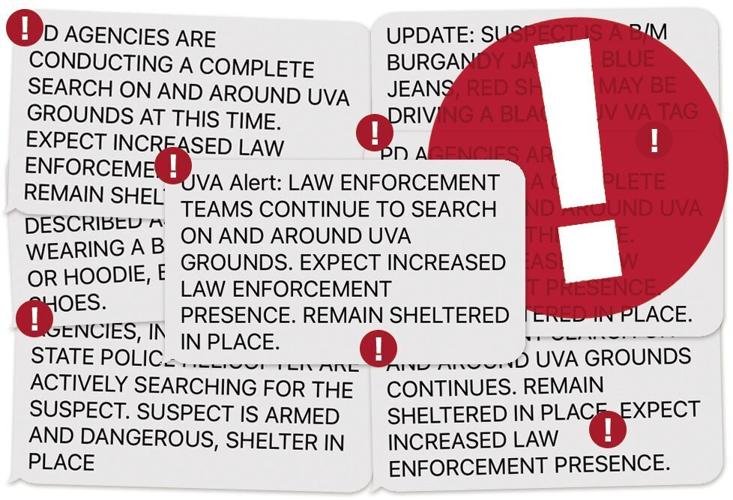 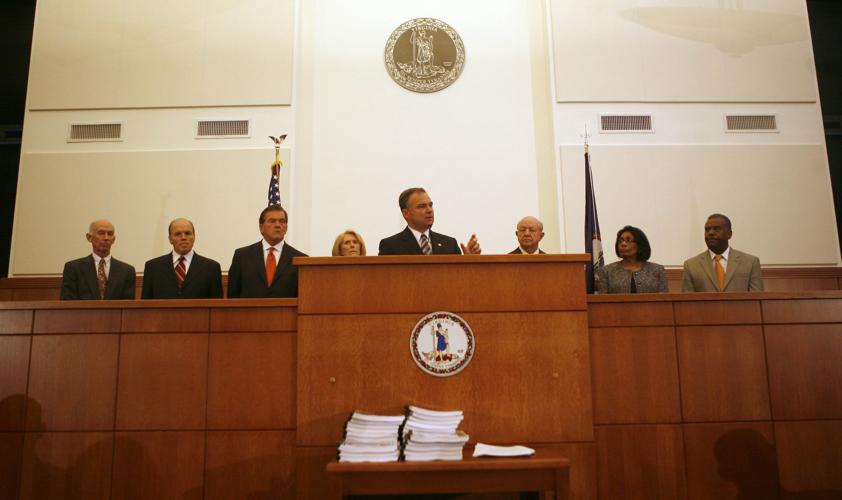 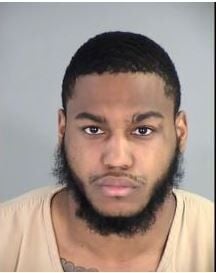