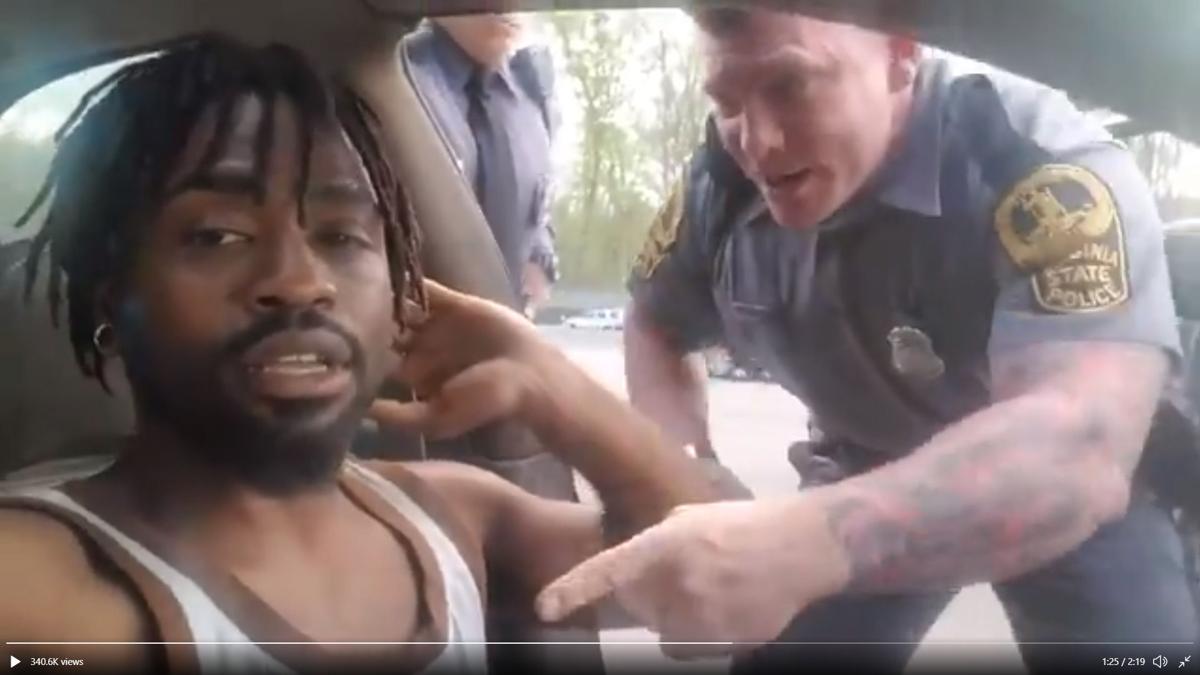 A screenshot from a video filmed by Derrick Thompson, who was pulled over by Virginia State Police trooper Charles Hewitt in April 2019. 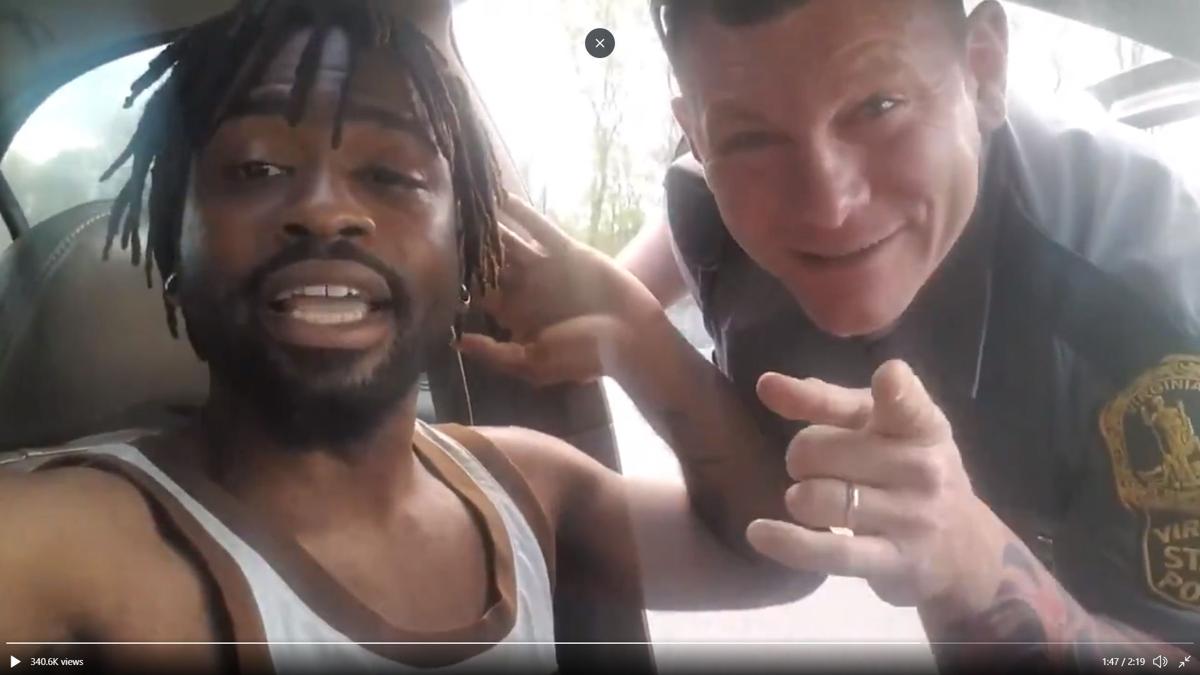 A screenshot from a video filmed by Derrick Thompson, who was pulled over by Virginia State  Police trooper Charles Hewitt in April 2019.

Virginia State Police on Friday denied any involvement with the creation of a pair of collectible coins that reference a controversial traffic stop in Northern Virginia and the state agency’s response to civil unrest in Richmond last summer.

A Virginia State Police spokesperson did say that a related “personnel matter” involving one employee had been addressed under the agency’s disciplinary policy.

“The Virginia State Police does not condone either of these challenge coins, their images, the unauthorized use of the Department patch, or wording,” state police spokesperson Corinne Geller wrote in an email about the coins, which have gained attention on social media.

“Virginia State Police Standards of Conduct policy requires an employee to seek prior approval in writing to the Superintendent before the production and distribution of a challenge coin associated with the Department. Permission was not requested nor granted by the Superintendent for either coin.”

Geller added that state police do not benefit financially from the sales of any coins and are not affiliated with the private companies that produced them.

Challenge coins are small medallions with an organization’s insignia or emblem. Traditionally, the coins were given to military service members to prove membership to a certain unit and used to “challenge” one another — the member who couldn’t produce a coin bought a round of drinks. The coins have become popular collector’s items among those with ties to service members and law enforcement personnel.

One of the two coins that Virginia State Police distanced itself from Friday shows a gas mask with “Virginia State Police Tactical Field Force” on one side; on the reverse is a blockade of officers in riot gear — their helmets say “VSP” — in front of a building that says “RPD,” a reference to the Richmond Police Department, and a statue of Robert E. Lee. Fireworks explode in the sky. State police were called upon this summer to defend the RPD’s downtown headquarters during social justice protests.

Chelsea Rarrick, an RPD spokesperson, said Richmond police “did not request, purchase or distribute the coins, nor does RPD know who did.”

Geller wrote that Virginia State Police opened an administrative investigation “as soon as the Department became aware of the tactical field force coin.” She did not say when state police first found out about the coin, nor what disciplinary action was taken as a result of the investigation. Geller said only one employee was involved.

“The personnel matter was addressed in accordance with Department disciplinary policy,” she wrote in her email. “Unprofessional imagery is detrimental to the Virginia State Police, our employees, and our mission.”

The second coin, which Geller referred to as the “Hewitt coin,” references a traffic stop conducted by Virginia State Police trooper Charles Hewitt in April 2019. The interaction was filmed by the driver, Derrick Thompson, who was arrested during the incident. Thompson’s lawyer, Joshua Erlich, said his client was “terrorized and assaulted.”

Today, we sent a letter to @MarkHerringVA about Virginia State Trooper Charles Hewitt.

In April 2019, Derrick Thompson was driving to work when Hewitt terrorized and assaulted him. pic.twitter.com/YTSCeDLM9j

Hewitt, who is white, tells Thompson, who is Black, that “I’m a f---ing specimen right here, buddy,” and that he’s about to get “whooped in front of f---ing Lord and all creation” if he continues refusing to get out of the car. Hewitt smiles at the camera and says, “Watch the show, folks,” right before he puts his arms around Thompson’s neck and hauls him out of the car as the camera falls and goes dark.

Though dark, the camera continues recording audio. Hewitt can be heard saying, “How do you like that, mother f---er?”

And Thompson can be heard pleading with the officer: “Get off my neck, sir. You are harming me.”

The “Hewitt coin” is encircled with several lines that were spoken in the footage. One side of the coin depicts what appears to be a moment from the video, with an officer leaning into a car window and yelling; on the other side is the Virginia State Police patch.

Court records indicate Thompson was found guilty of resisting arrest and was ordered to pay a $250 fine.

Erlich, Thompson’s attorney, said Friday that the coins “are disgusting, and their existence speaks to the culture of impunity that exists within the Virginia State Police.”

He added: “The video of Trooper Hewitt’s attack on Mr. Thompson went viral because people were outraged — but within the police community, Hewitt’s behavior is celebrated and memorialized.”

Thompson has a pending lawsuit against the trooper, Erlich said.

Man killed by state police was wanted for failing to appear in court on suspended license charge, had no known criminal record

A Chesterfield County man has been charged in connection with a homicide in Richmond in June.

Richmond police are seeking the public’s help in identifying a male who was found dead in Bandy Field Nature Park on Sunday morning. No foul p…

A screenshot from a video filmed by Derrick Thompson, who was pulled over by Virginia State Police trooper Charles Hewitt in April 2019.

A screenshot from a video filmed by Derrick Thompson, who was pulled over by Virginia State  Police trooper Charles Hewitt in April 2019.