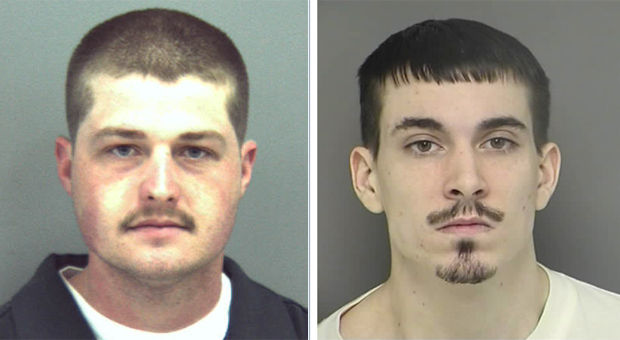 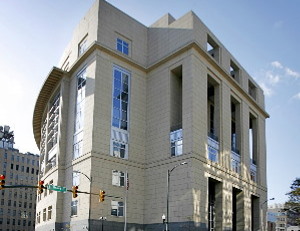 Two men said to be part of a white supremacy group plotting to shoot up or bomb churches and synagogues have been charged with attempting to buy guns and explosives from FBI agents posing as illegal arms dealers.

Robert C. Doyle, 34, of Chester, and Ronald Beasley Chaney III, 33, address not available, were named in criminal complaints filed Monday in U.S. District Court in Richmond charging them with conspiracy to possess firearms after having been convicted of felonies.

A third man, Charles D. Halderman, 30, whose address also was unavailable, was charged with conspiracy to commit robbery.

“Doyle and Chaney and others known and unknown to the FBI, ascribe to a white supremacy extremist version of the Asatru faith,” alleges a five-page affidavit from FBI Special Agent James R. Rudisill. Asatru is a pagan religion.

Rudisill wrote that in September the FBI learned that Doyle and others were going to have a meeting at Doyle’s house “to discuss acting out in furtherance of their extremist beliefs by shooting or bombing the occupants of black churches and Jewish synagogues, conducting acts of violence against persons of the Jewish faith, and doing harm to a gun store owner.”

FBI surveillance confirmed that on Sept. 27, a meeting took place at Doyle’s home. Chaney’s vehicle was also identified at the residence.

On Oct. 25, Doyle and Chaney are accused of meeting with an undercover FBI agent posing as an illegal arms dealer and discussing weapons purchases. At one point, Doyle and the agent went to another vehicle where Doyle handled and inspected silencers and Doyle placed an order for an automatic weapon, explosives and a pistol with a silencer, authorities allege.

Doyle and Chaney allegedly left that meeting in a red Toyota Tundra. Doyle is then accused of setting up a meeting Sunday where he intended to purchase weapons from the agent.

It was unclear from the affidavit when and where the statement was made or how it was recorded.

Doyle twice allegedly sent text messages to an undercover FBI agent who was posing as an arms dealer, confirming the Sunday meeting.

On Sunday, Doyle met with three undercover agents posing as weapons dealers, the affidavit alleges. Doyle gave them an unspecified amount of cash and “handled two firearms, silencers, as well as explosives, with the intent to purchase the weapons,” according to the affidavit.

A search of Doyle’s house, in the 9800 block of Candlelamp Lane in Chester, on Sunday turned up 30 rounds of .45-caliber ammunition from a black backpack in Doyle’s red Tundra. One of the firearms ordered by Doyle, alleges the FBI, was a .45-caliber handgun equipped with a silencer.

The criminal information charging Halderman alleges that during recorded meetings, Doyle outlined plans he and his associates had for carrying out their extremist beliefs — included robbing and killing a local silver/jewelry dealer, robbing an armored car and doing harm to a gun store owner.

“Doyle asserted that he wanted to use the proceeds from the illegal acts to purchase land, stockpile weapons, and train for the coming race war.” Doyle also allegedly said he, Chaney and Halderman were involved in the plan to rob the jeweler.

In the Oct. 25 meeting with two undercover FBI agents, Doyle allegedly discussed future precious metals purchases. “At the meeting Doyle purchased $200 worth of coins. Doyle also placed an order for $50,000 in diamonds, $30,000 in gold, and $20,000 in silver to be paid by Doyle and delivered by the undercover agents at a later date.”

In FBI recordings on Nov. 2 and Nov. 3, Halderman allegedly implicated himself in plans to rob the unidentified jeweler. Halderman, says the FBI affidavit, has 17 prior felony convictions.

All three suspects are in custody. Doyle and Chaney are to appear in court on Thursday, and Halderman on Friday.