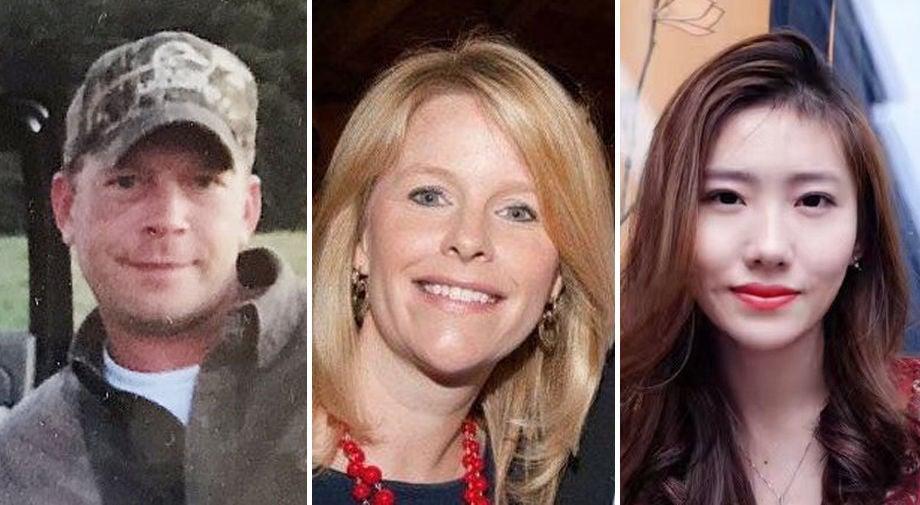 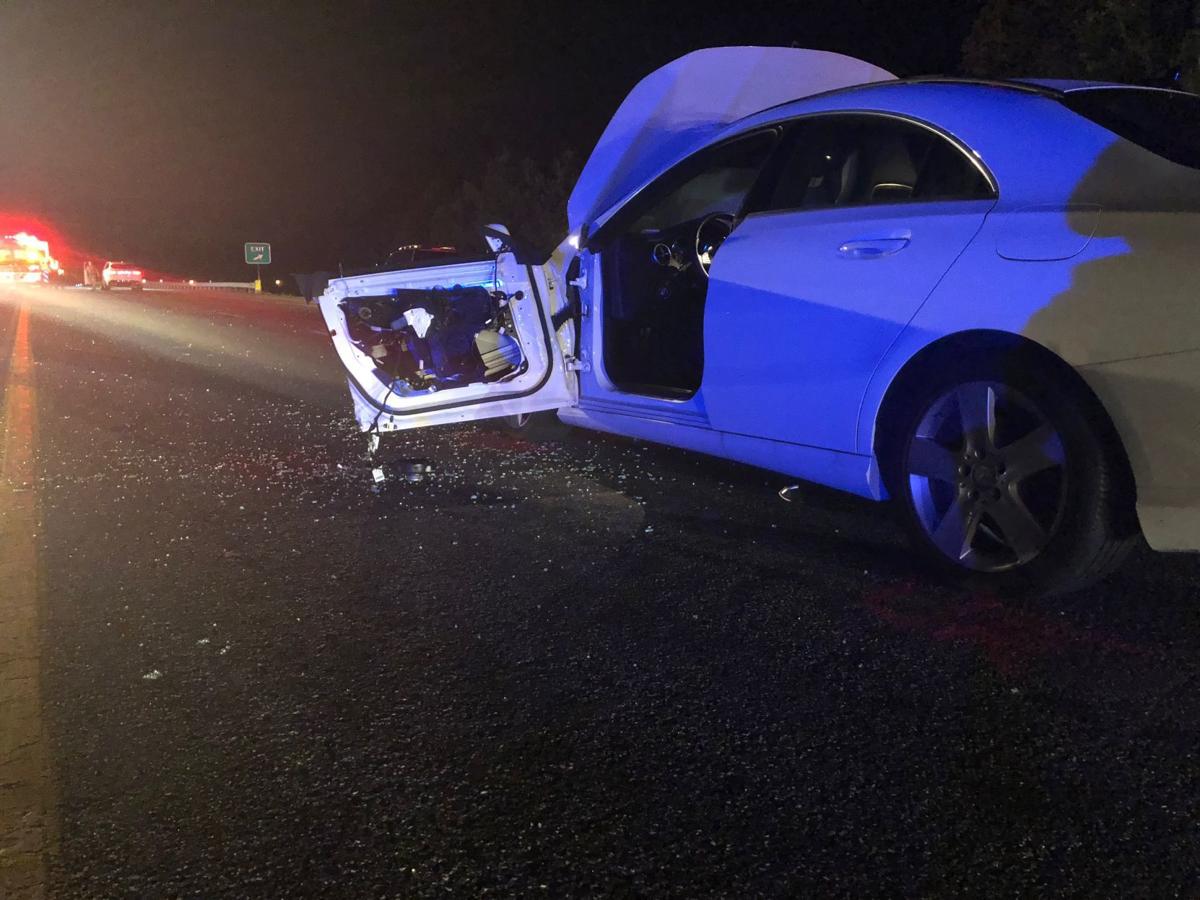 This Mercedes struck a deer and was disabled on state Route 288 in Goochland County on the night of June 27, 2018. Another car swerved to avoid the Mercedes and fatally struck its driver, Linli Xu, and Justin Ransone and Amy Abbott, who had stopped to help her. 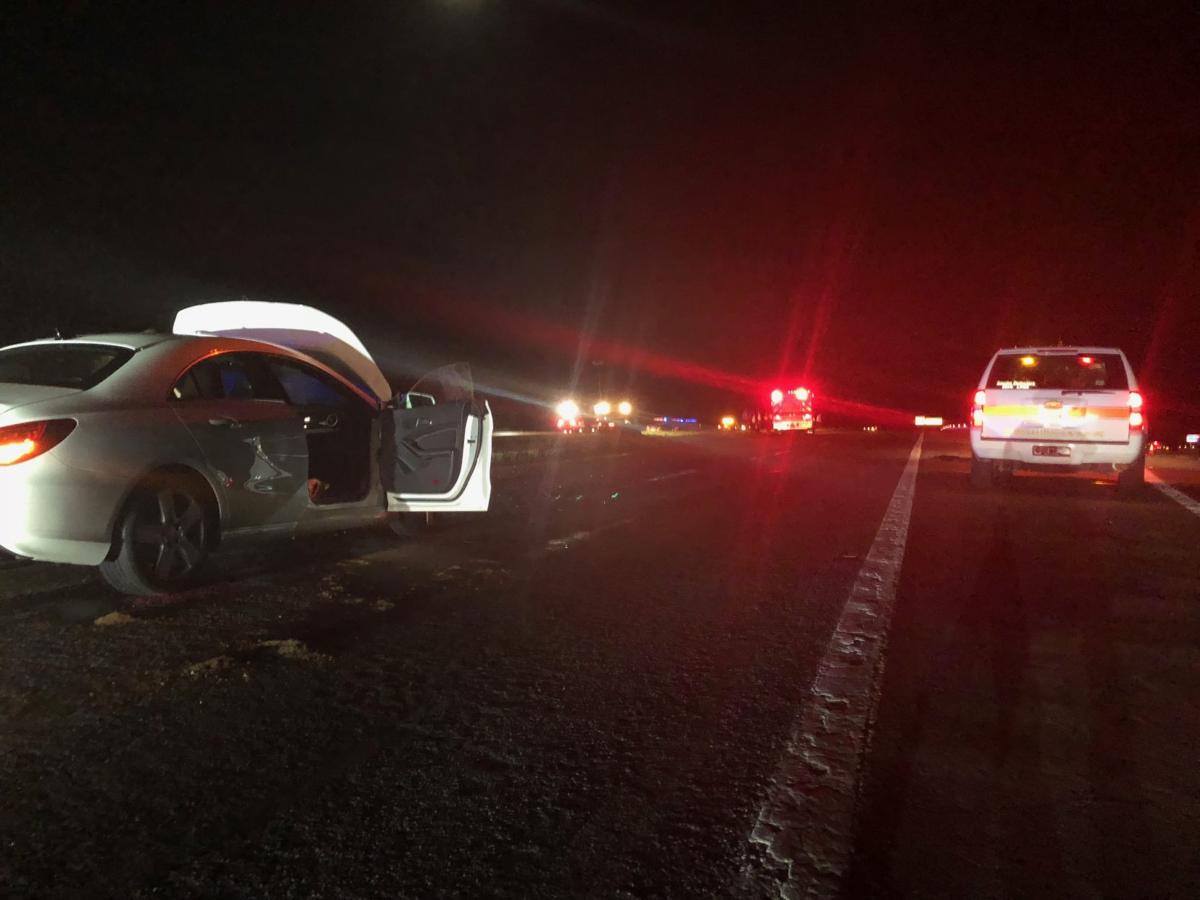 Linli Xu’s Mercedes struck a deer and was disabled on state Route 288 in Goochland County. Another car swerved to avoid it and fatally struck Linli and two people who had stopped on the highway to help her. 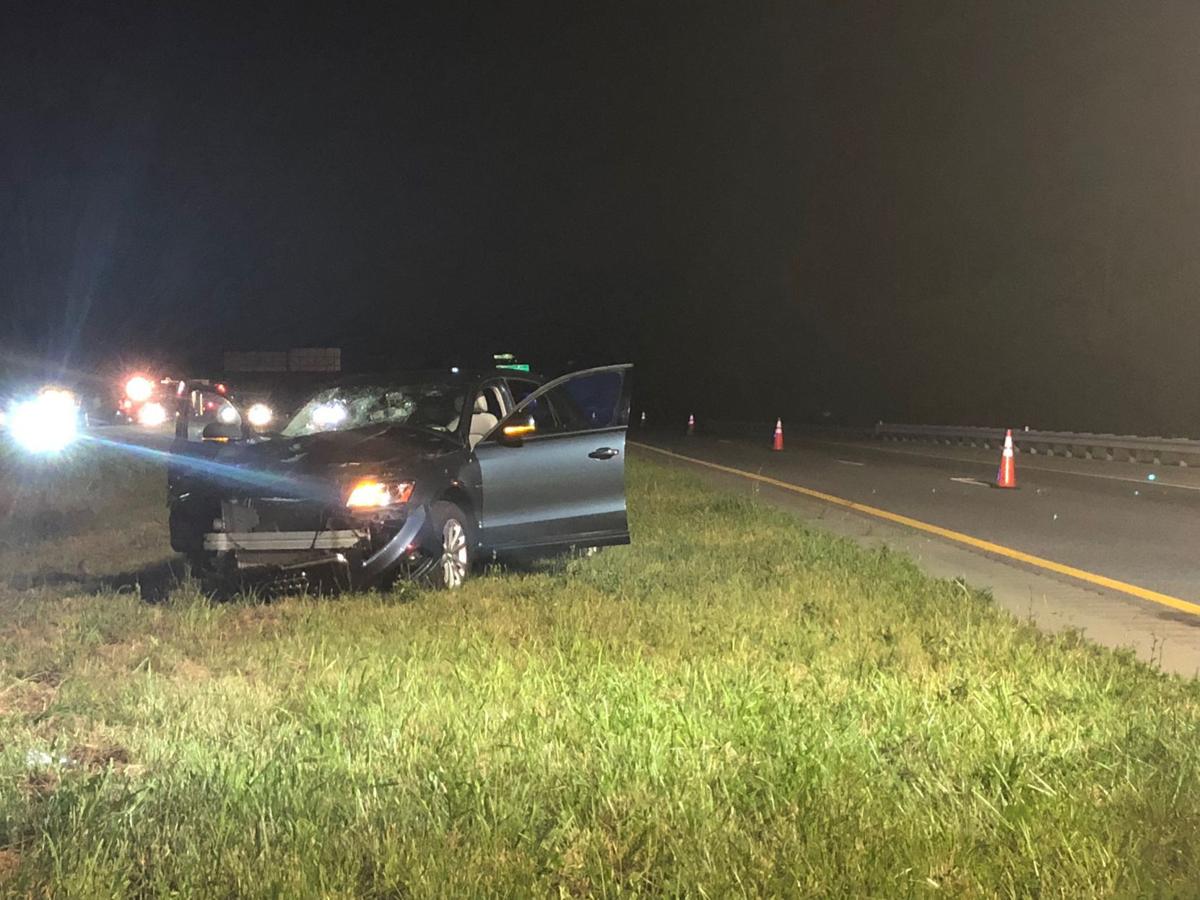 This black 2016 Audi Q5 swerved to avoid a Mercedes that had hit a deer and was disabled on state Route 288 in Goochland County. The Audi fatally struck the driver of the Mercedes and a couple who had stopped at the scene to help. 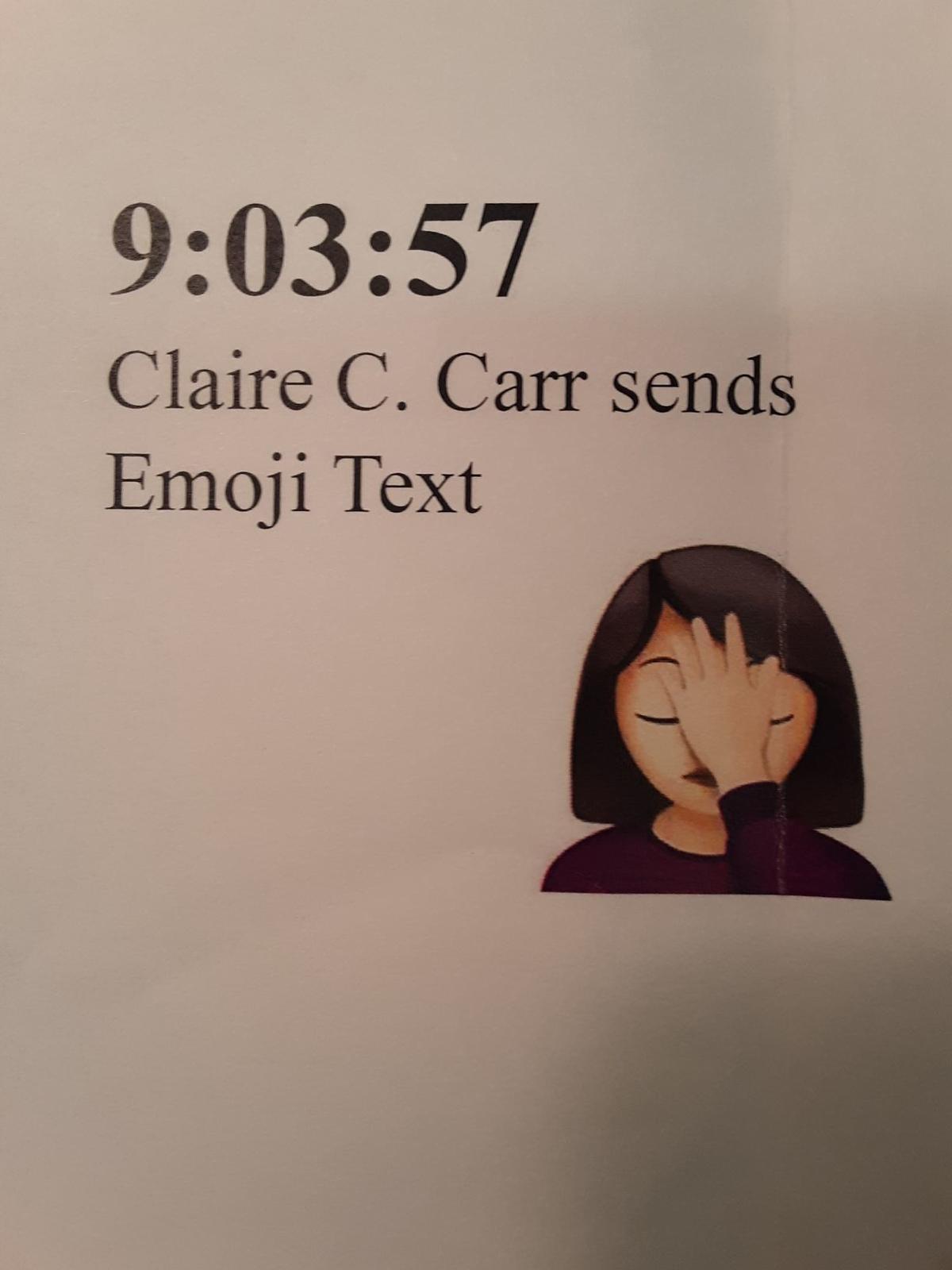 A Chesterfield County woman who fatally struck three people who were standing near a disabled car along state Route 288 in Goochland County pleaded guilty Tuesday to reckless driving and received a one-year jail sentence.

The defendant, Claire Carr, stood during the hearing and tearfully apologized to the families of those killed in the crash that unfolded a few seconds after she texted an emoji to a friend while driving.

“I am so sorry — so deeply and profoundly sorry for this accident,” she said.

“I know these words may sound hollow to you,” Carr said, adding that she doesn’t have the vocabulary to fully express her feelings. At the end of the hearing, Carr was placed in handcuffs and taken into custody.

Carr, 54, had faced three counts of involuntary manslaughter and up to 30 years in prison if she had been convicted of those charges. Referring to her plea to the lesser charge of reckless driving and the 12-month sentence, Carr told the families that no restriction of her freedom “can come close to the prison of my own head and my own heart.”

“I will continue to pray for you and think of you every day of my life,” she said.

Carr had been driving south in the left lane of Route 288 on the night of June 27, 2018, when she swerved left into the median to avoid a car that had struck a deer and was disabled in the left lane. Carr’s 2016 Audi Q5 struck and killed the driver of the disabled car, Linli Xu, along with a couple who had stopped to assist her, Justin Ransone and Amy Lee Abbott.

Authorities said Carr had been engaged in text conversations with three people as she was driving south on Route 288 within a 20-minute period leading up to the crash. She sent her final text — an emoji of a woman holding her palm against her face — three or four seconds before the collision, authorities believe. Before that final text, she had stopped texting for 26 seconds, authorities said.

Goochland Commonwealth’s Attorney Mike Caudill said he agreed to the plea agreement for the lesser charge of reckless driving in part because technological problems had thrown some of the chronological evidence into dispute, and also because of the high burden of proof for charges of involuntary manslaughter.

“The case law is clear that criminal negligence is a very high burden,” he said in an interview. “As the evidence developed in the case, we became aware of concerns about meeting that burden.”

“I have to do what is fair and just,” he said, “and it may not seem that way without a full and complete understanding of the facts and circumstances of the case.”

Caudill added that the defendant, an attorney, has been a productive member of the community. “Claire Carr is an accomplished person and up until this crash, has done nothing but good things,” he said. “There are no winners in this case.”

Defense attorney Craig Cooley told the judge that neither alcohol nor excessive speed was a factor in the crash. Citing a study by the Virginia Department of Transportation, he said Carr had only 8.1 seconds from the time she saw the disabled Mercedes to recognize the hazard and react. He also said that if she had swerved into the right lane, a car that was traveling behind her and in the right lane might have struck her.

Cooley acknowledged that Carr sent the emoji during the 8.1 seconds, but noted that she sent no other texts during that period.

In addition to the jail sentence, Carr’s driver’s license will be suspended for six months. Judge Timothy K. Sanner granted her work-release privileges and a restricted license to drive to and from work.

Heng, whose wife was nearly six months pregnant with their son when she was killed, noted that Carr can drive to work during the day and must stay in jail only at night and on weekends. He said the arrangement is “ridiculous” and likened it to staying in a hotel free of charge.

“I feel disappointed because I feel the driver ... she got everything she wanted,” he said. “It sounds ridiculous.”

Abbott’s sister, Nancye Hunter, said after the hearing that the family understood “this was going to be a very hard case to try.” She called on lawmakers to strengthen laws with the goal of “making people have to put down their phones.”

“She destroyed three families,” Hunter said of the defendant. “Does she feel remorse? Yes. But I think she has more sorrow for herself.”

Ransone’s mother, Dianne, said after the hearing that she has complete confidence in the handling of the case by Caudill and his deputy prosecutor, Ashley Thompson.

Dianne Ransone said she does not refer to the crash as an accident because it was avoidable. The driver is a smart woman who knew better than to text while driving, Ransone said.

Ransone said she hopes laws will be enacted making it illegal in Virginia to hold a phone while driving. “Hopefully, everyone will learn from this,” she said.

“Our grandsons miss their father every day and the bond they had with Amy and her sons.”

Xu, 25, was driving her Mercedes south on Route 288 near West Creek Parkway when she hit a deer about 9 p.m. that night. Her car was disabled in the center of the left lane with the hood smashed up to the windshield, Caudill said.

Ransone, 41, and his girlfriend, Abbott, 45, were a Glen Allen couple who stopped to help Xu and pulled their Chevrolet Suburban onto the right shoulder. They walked across the highway and were standing with Xu when Carr’s Audi hit them. Ransone was on Xu’s phone talking to a state police dispatcher at the time of impact, Caudill said.

Carr had been out to dinner and was driving toward home when the crash happened. Caudill said Carr was traveling 73 mph in a 65-mph zone before she started braking.

A witness who was traveling behind Carr’s vehicle and in the right lane reported that the Audi was not swerving and did not appear to be traveling too fast, Caudill said. Other cars were slowly going around the Mercedes to the right, according to another witness.

The hazard lights on both Xu’s Mercedes and the Suburban were flashing, Caudill said. The witness who had been traveling behind Carr reported that he was able to stop without locking up his brakes after he saw hazard lights.

A passenger in another car that was traveling behind the Audi reported that he spotted lights on the Mercedes that “did not seem that bright.” He told his wife, who was driving, to slow down, Caudill said. The driver hit the brakes hard and swerved left — stopping behind Xu’s car, but in the median.

Cooley, the defense attorney, told Sanner on Tuesday that his client had maintained that people were standing behind the Mercedes. The defense believes they were seeking to help push the car off to the side, Cooley said. The fact that the door was ajar supports that theory because someone would have been trying to steer as the others pushed, he said.

The people behind the car, Cooley said, would have blocked the left hazard flasher and made it look to Carr as if the Mercedes was signaling to make a lane change.

Caudill believes, however, that all three victims were standing several feet to the left of the Mercedes, either in the left shoulder or in the median.

Caudill said that Carr was involved with “three texting conversations as she was driving down 288.” Sanner had ruled before Tuesday, however, that only texting from 8:59 until the time of impact would have been admissible at trial. The prosecution believes Carr’s Audi hit the three victims either at exactly 9:04 p.m. or one second later.

The time on the event data recorder did not match some of the Virginia State Police evidence of Ransone’s phone call with the 911 dispatcher, Caudill said. The call ended when the Audi struck him, Abbott and Xu.

One of the state police servers was not connected to the internet and suggested an incorrect time for the 911 call with Ransone, Caudill said. That time was inconsistent with the crash time recorded by the Audi’s recorder.

The prosecution believes that another server, which was connected to the internet, had a correct time stamp. It indicated that the phone call with Ransone ended at 9:04 and one second.

Caudill said the discrepancy presented a significant problem with his case. “We’re dealing with just a matter of seconds that essentially this entire case hinges on,” he told the judge on Tuesday.

After the crash, body camera footage from the police showed that Carr was “appropriately distraught” at the scene, Caudill told Sanner.

“It’s a painful video to watch,” he said.

In accepting the plea agreement, Sanner said the defendant is, “by any other measure, an outstanding citizen.”

The judge said the sentence is not adequate to address the extent of the loss, but that it “goes toward that goal.” He told Carr that whether he sentenced her to 12 months or 12 years, she would be imprisoned by her own guilt.

He also issued a warning about the risks of distracted driving.

“We’re all so busy and we think we’re immune to this type of event,” he said. “And we’re not.”

Heng Hu sat quietly in the passenger seat as his mother-in-law drove them toward the scene of the crash. He was too afraid to tell her.

This Mercedes struck a deer and was disabled on state Route 288 in Goochland County on the night of June 27, 2018. Another car swerved to avoid the Mercedes and fatally struck its driver, Linli Xu, and Justin Ransone and Amy Abbott, who had stopped to help her.

Linli Xu’s Mercedes struck a deer and was disabled on state Route 288 in Goochland County. Another car swerved to avoid it and fatally struck Linli and two people who had stopped on the highway to help her.

This black 2016 Audi Q5 swerved to avoid a Mercedes that had hit a deer and was disabled on state Route 288 in Goochland County. The Audi fatally struck the driver of the Mercedes and a couple who had stopped at the scene to help. 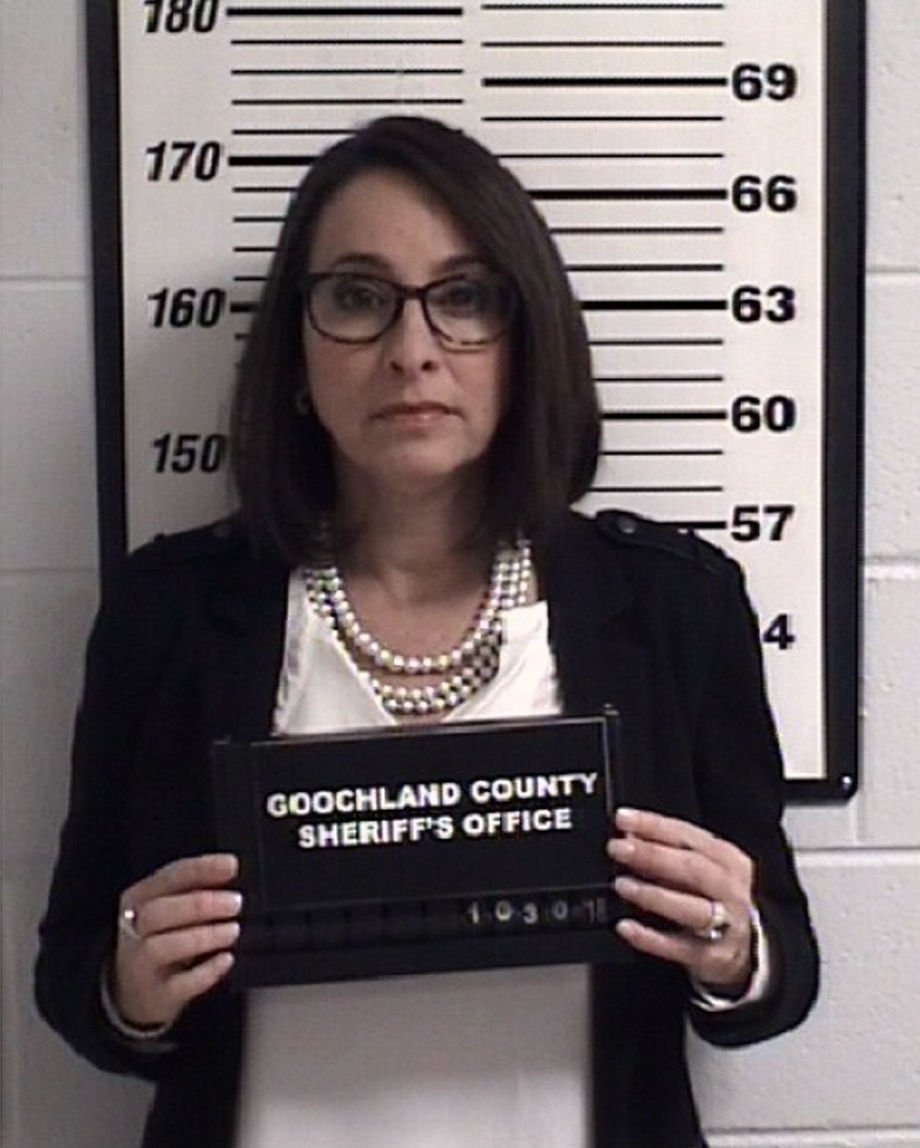