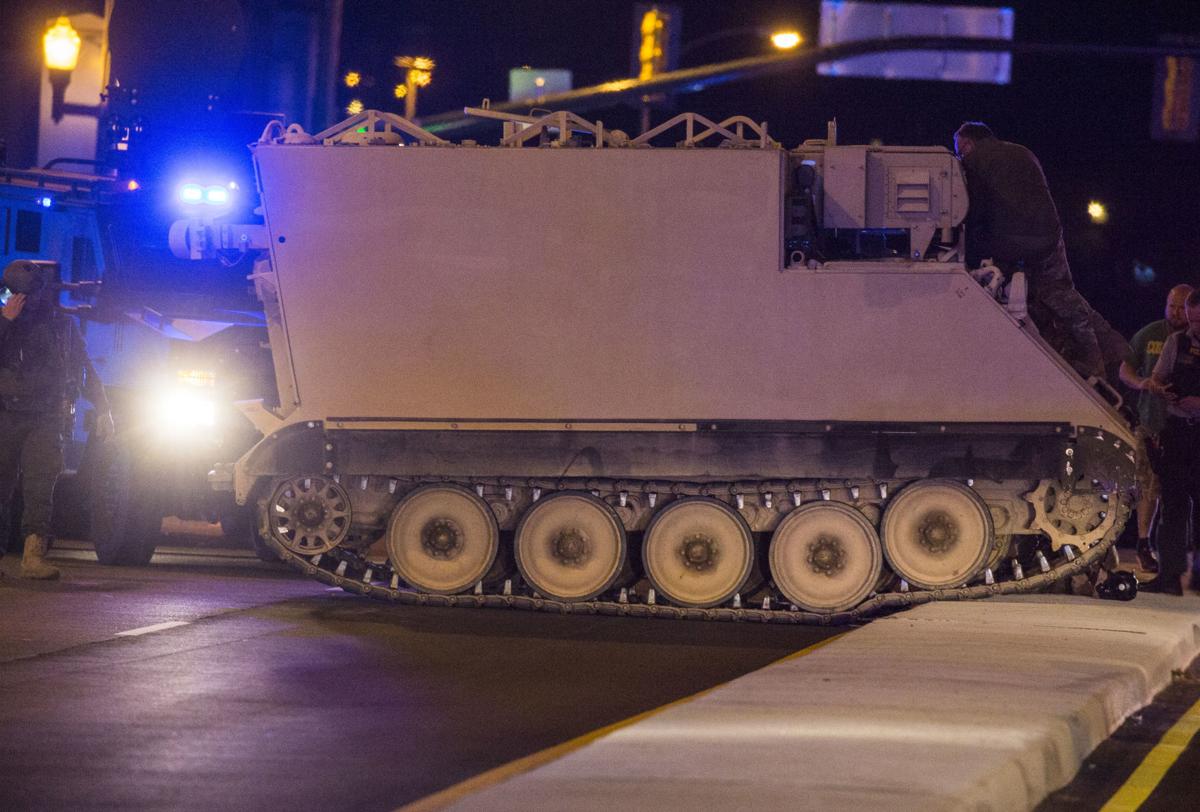 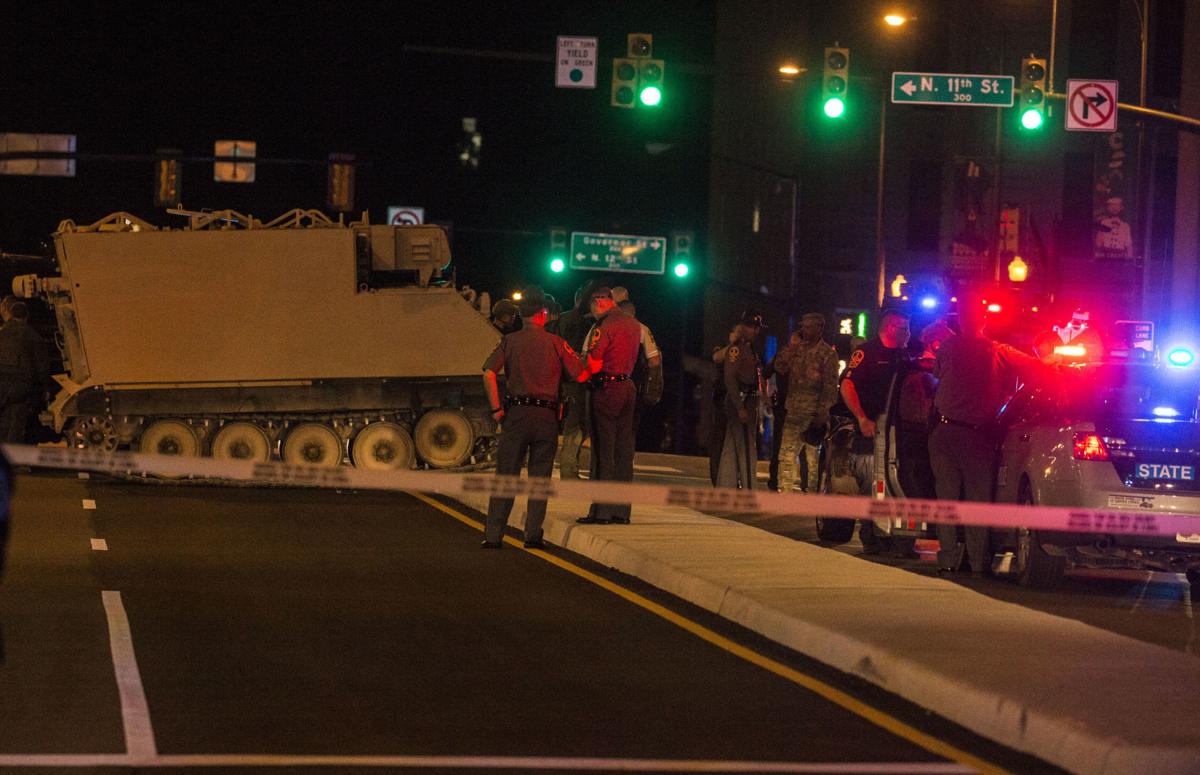 On June 5, 2018, authorities converged around the Virginia Army National Guard armored vehicle on Broad Street near Capitol Square. Joshua Phillip Yabut had led them on a 65-mile pursuit from Fort Pickett.

A soldier accused of taking a nearly 12-ton armored vehicle on a joy ride from Fort Pickett in Nottoway County to downtown Richmond last summer violated the terms of his bond recently by researching bomb-making and traveling to Iraq, according to court documents.

Joshua Phillip Yabut, 30, of Virginia Beach was out on bond awaiting trial in both Richmond and Nottoway on charges associated with the 65-mile police pursuit when he apparently traveled to Iraq earlier this year, according to a report prepared by the Virginia Fusion Center, a partnership between Virginia State Police and the state Department of Emergency Management aimed at terrorism and criminal activity.

“He had no coherent reason for the travel,” said the report, which is among court documents in Nottoway Circuit Court. According to another report, Yabut “reported traveling to Iraq to engage in photography.”

In Richmond, Yabut faces a charge of eluding police. Two other charges, including driving under the influence of drugs, were dropped, and his case has been moved to Richmond’s mental health docket. In Nottoway, he’s charged with unauthorized use of a vehicle. Now, he could face additional charges in both jurisdictions for his apparent pretrial violation.

On Jan. 22, the Virginia Army National guardsman boarded a military flight from Naval Air Station Norfolk to Naval Air Station Jacksonville in Florida, and then took commercial flights with stops in Charlotte, N.C., and Canada, according to a violation report prepared by a pretrial/probation officer. The following day, the ankle monitor he was wearing failed to register his location.

Six days later, Yabut contacted an officer who oversees home electronic monitoring, saying he no longer had his monitor and requesting a new one be installed, the report said.

The Virginia Fusion Center report said Yabut told investigators that from Canada, he flew through Iceland, Germany and Turkey before arriving in Irbil, Iraq, which is about four hours north of Baghdad, outside Mosul. He returned to Norfolk two days later.

The center’s report also dug into Yabut’s Twitter account, which appears to have photos from a foreign airport on Jan. 29, when he would have been in Turkey and Iraq. His account also showed pictures that indicated the purchase of a chemical called denatonium benzoate, an extremely bitter compound that is added to substances such as antifreeze to prevent their ingestion.

His Twitter account also “displays information on two issues” of an al-Qaida-produced magazine that provide instructions on making pressure-cooker bombs and train-derailment devices.

He is being held at the Richmond City Justice Center without bond. He’s next due in court in April in Richmond.

Yabut, a first lieutenant who deployed to Afghanistan from 2008 to 2009 with the Illinois National Guard, remains a member of the Virginia National Guard, according to Alfred “Cotton” Puryear, public affairs officer for the Guard, but Yabut has not been drilling with his unit while the court case in ongoing.

“The Virginia National Guard is waiting for the completion of the civilian actions pending against him to take any military disciplinary action. Once those civilian actions are complete, the VNG will determine the appropriate course of action in regard to his military status,” Puryear said in an email.

Puryear said Yabut’s superiors took his military identification card — which he had used for the flight from Naval Air Station Norfolk — when they learned that he had used it to violate the conditions of his bond. The card is also used for access to other benefits like medical care, which is why Yabut still had it, he said.

His attorney, Amy Austin, also has given Yabut’s passport to a judge, according to the court documents.

Following the incident on June 5, when he drove away from Fort Pickett in the armored personnel carrier, Yabut was involuntarily committed to Central State Hospital and restored to competency to stand trial. According to records, he is diagnosed with bipolar disorder and post-traumatic stress disorder.

Local and state police pursued Yabut for nearly two hours. No one was injured in the chase, which stuck mostly to highways and topped out at about 45 mph. It ended when Yabut stopped near Capitol Square on Broad Street and exited on his own accord.

The vehicle, an M577, rolls on treads like a tank but is unarmed and essentially functions like a rolling office for command staff. It was one of several that had been set up for a training exercise at Fort Pickett that had begun a few days earlier.

On June 5, 2018, authorities converged around the Virginia Army National Guard armored vehicle on Broad Street near Capitol Square. Joshua Phillip Yabut had led them on a 65-mile pursuit from Fort Pickett. 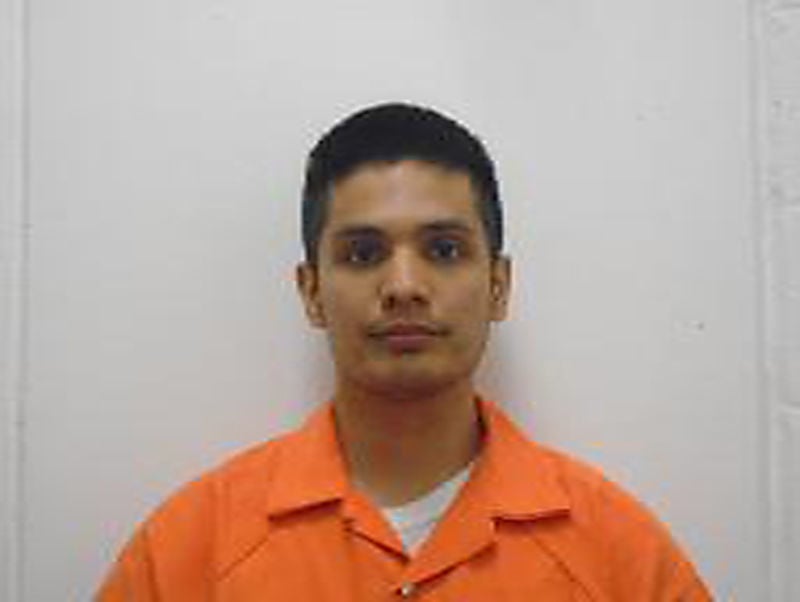 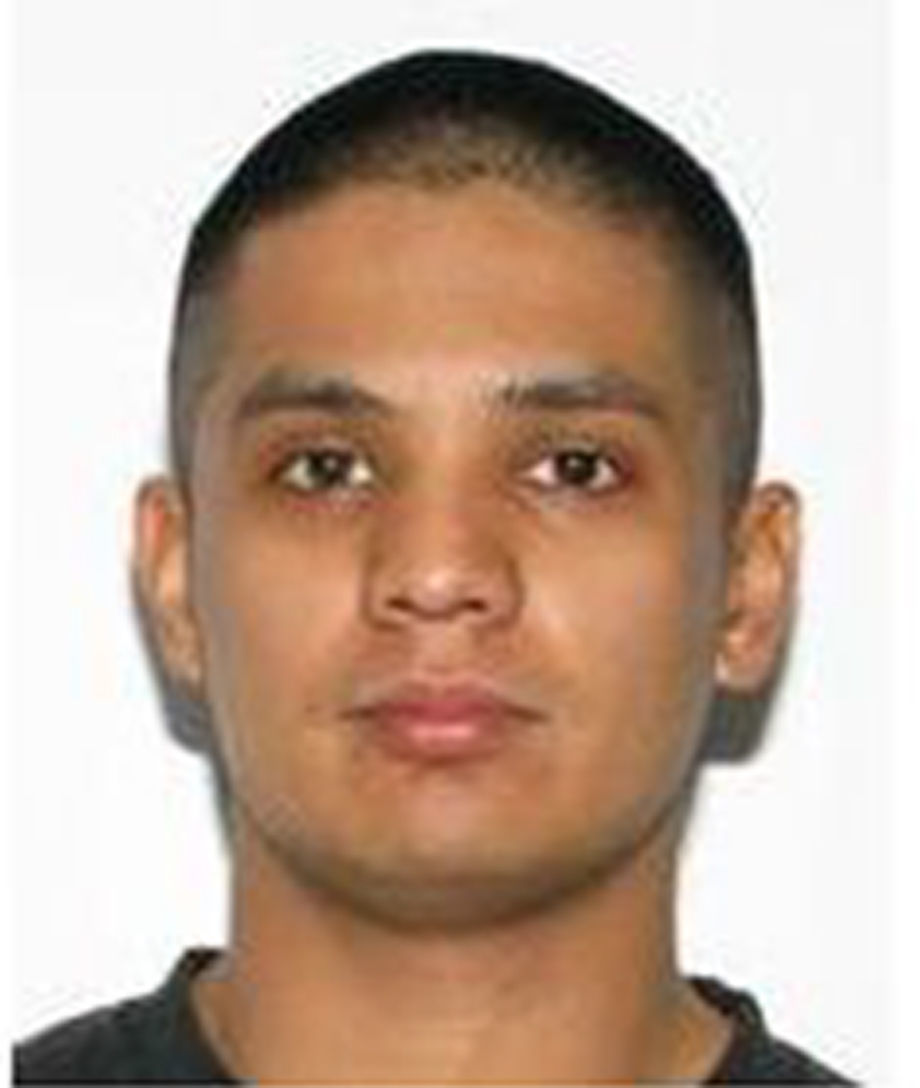