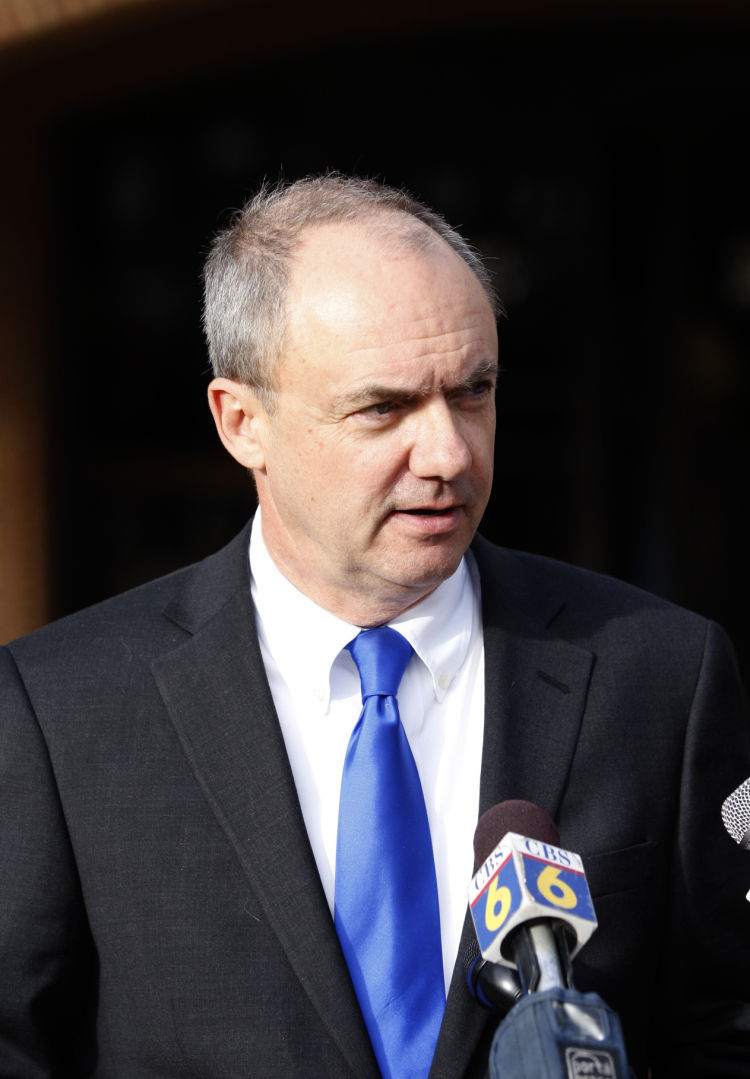 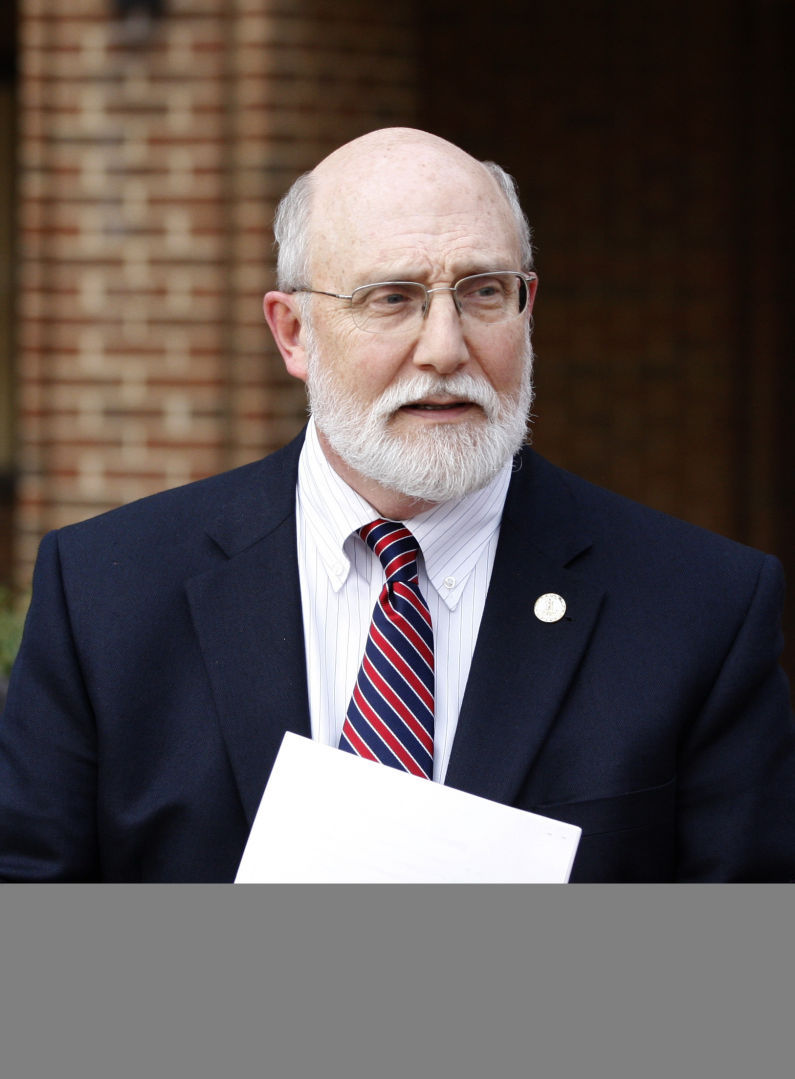 Del. Joseph D. Morrissey, D-Henrico, preserved his legislative career for now but could find his license to practice law again in trouble after a dramatic plea Friday regarding his relationship with a 17-year-old office assistant.

Morrissey, 57, entered an Alford plea to a single misdemeanor count of contributing to the delinquency of a minor and was sentenced to 12 months in jail with six months suspended. He immediately was escorted by deputies to jail to begin serving the sentence.

Morrissey was being housed Friday night in Henrico Jail East in New Kent County, where he will be allowed to engage in a work-release program and maintain his legislative and legal duties, one of his lawyers said.

Anthony Troy, a member of Morrissey’s legal team, said that Morrissey is expected to be able to drive his own vehicle to and from his normal work duties before returning to jail each night; authorities said there will be a monitoring device affixed to his ankle.

“We understand that the legislature can run late into the night; but we will know where he is,” said Henrico County Sheriff Michael Wade.

The surprise plea agreement will make Morrissey eligible to be freed in 90 days because an inmate serving a misdemeanor sentence earns credit of one day for each day served.

The mother and grandmother of the teen involved in a relationship with Del. Joe Morrissey expressed support for Morrissey, while her father and two sisters said they believe Morrissey took advantage of her.

In another stunning revelation Friday, the special prosecutor in the case told reporters that the now-18-year-old former associate of Morrissey is pregnant, “perhaps” with Morrissey’s child. He said there is no medical evidence of the paternity.

And in a summary of the case and in comments to retired Stafford County Circuit Judge J. Martin Bass, Morrissey said he entered the plea to preserve his legislative duties, spare the alleged victim the difficulties of trial and to maintain his care of a 2-year-old child that he had out of wedlock. Morrissey, who is not married, is the father of three children, according to his legislative biography.

Special prosecutor William Neely said that by making the plea, Morrissey is acknowledging there was sufficient evidence to convict him of engaging in sexual intercourse with the 17-year-old.

But Troy challenged that, saying that Morrissey acknowledges in his plea that the government had sufficient evidence to show that he took indecent liberties with a minor for whom he was in a custodial relationship but that the plea does not acknowledge specific acts.

The hourlong hearing Friday and plea forestalled a five-day jury trial scheduled to begin next week and brings full circle a case in which Morrissey had been offered a plea agreement months ago on the same charge he was convicted of Friday.

The longtime legislator and defense lawyer had faced up to 41 years in prison if convicted on four felonies and a misdemeanor issued by a grand jury on June 30, almost a full year after investigators discovered Morrissey at his home near Virginia Center Commons spending the evening with the then-17-year-old girl.

She began working as a receptionist a few weeks earlier at Morrissey’s Highland Springs law firm. They’d met at a medical office.

Morrissey’s legal team had alleged that Morrissey was victimized by a jealous girlfriend of the 17-year-old who was able to gain access to Morrissey’s cellphone and the teenager’s and was able to plant naked images of the teen there as well as graphic texts referring to sexual acts between Morrissey and the receptionist.

In legal filings, Morrissey asserted that he could account for his whereabouts at the times he was supposedly involved sexually with the teenager. Prospective witnesses would have been able to track Morrissey’s movement, while in the company of the teenager, to a farm bureau meeting in Charles City County, to an economic development meeting, to various gas stations and even to turn over gifts for underprivileged children, according to court papers.

The alleged hacker “had knowledge of and access to all of the photos which would have been admitted into evidence by the commonwealth,” Morrissey’s legal team asserted in the plea agreement documents.

The six-month sentence and courtroom testimony Friday from the teen’s mother and sister, both of whom praised Morrissey as a man who had filled the young lady with excited hopes for a new career, contrasted bitterly with the views of other family members last night who condemned the agreement as condoning Morrissey’s destructive involvement with the 17-year-old.

Those family members said Morrissey has split apart the family and that the now-18-year-old has become estranged from her sisters and her father, who helped spark the investigation when he learned Morrissey was with his daughter in August last year.

Morrissey had maintained that he believed the young woman when she told him and wrote on a work application that she was a 22-year-old college student. But prosecutors said the young woman gave her real age on a form that would allow her to visit inmates as part of her job duties. Morrissey signed the document before it had been filled out by the young woman, Morrissey’s lawyers asserted in court documents.

Both sides would have presented expert testimony had the case gone to trial, some saying the hacking was possible and others arguing that it was not.

Morrissey’s role in the legislature, where he represents portions of Henrico and Richmond and all of Charles City, remains secure for now, but Neely indicated that he will move quickly to alert the Virginia State Bar about the conviction.

He described it as his duty as an officer of the court.

“A conviction of any felony, or any other offense involving theft, fraud, forgery, extortion, bribery or perjury results in the summary suspension of an attorney’s law license and the scheduling of a hearing for the attorney to show cause why his or her law license should not be further suspended or revoked as a result of the conviction,” Edward “Ned” Davis, with the Virginia State Bar, said in an email.

“For any other conviction or allegation of criminal conduct, generally speaking we have to examine the facts on a case-by-case basis and determine whether further action by the Virginia State Bar is appropriate.”

Morrissey, who has a long history of run-ins with the Virginia State Bar, lost his law license in 2003 for failing to notify clients that his license had been suspended in 2000.

He filed a petition with the Virginia Supreme Court to have the license reinstated, which the court did in a 4-3 vote in April 2012, over the unanimous recommendation against doing so by the Virginia State Bar Disciplinary Board.

In the recent case involving the teenage girl, Morrissey’s legal team had unsuccessfully sought to remove Neely as special prosecutor because of his past statements urging that Morrissey not have his license to practice law reinstated.

In 2011, Neely described Morrissey as a man who “completely lacks any moral compass” and who employs “notoriously unethical practices.”

The reinstatement of Morrissey’s license was a breath of new life for the former Richmond commonwealth’s attorney.

On Friday, state Democratic leaders, from the governor’s office to the House Democratic Caucus, maintained silence on Morrissey’s conviction.

A senior Democrat said active discussions are underway about how to respond, including the possibility of pressing Morrissey to resign his Henrico-anchored House seat. Further discussions are likely today at a previously scheduled meeting of House Democrats.

Morrissey has been a magnet for controversy for decades. He is infamous for a courthouse fistfight 23 years ago that he undertook with flamboyant defense attorney David Baugh. But he is highly sought as a defense lawyer.

On Friday, Neely could not help suggesting to reporters that “Fightin’ Joe” had finally taken a fall by being convicted of the indecent-liberties charge, which defense lawyer Troy said will not require that Morrissey register as a sex offender.

Henrico Commonwealth’s Attorney Shannon Taylor, who did not prosecute the case because Morrissey had been a political ally, said she had “assisted law enforcement and coordinated with them.”

“Protecting our citizens, especially our youth and those most vulnerable, is the most important responsibility for those of us entrusted with enforcing the laws of the commonwealth. Those in our community, including elected officials, who violate those laws intended to protect our citizens must be held accountable for their actions,” she said.

“Following Joe Morrissey’s conviction, I respect the decision of Judge Bass to sentence Mr. Morrissey to active jail time and thank special prosecutor William Neely for his work in this case,” Taylor said.

The circumstantial case would have involved trying to prove that sexual acts occurred between Morrissey and the 17-year-old despite both denying that such acts had occurred.

Court documents show, also, that investigators closely tracked and photographed the movements of the two: at a Courtyard Marriott, where room service bills were obtained by police; at the Osborne boat landing on May 25 this year; and at Osborne Park on May 4. A picture was taken of Morrissey’s Jaguar at the young woman’s apartment Dec. 11 last year at 1:24 a.m.

Scores of text messages were recovered and the surveillance continued this week.

Morrissey’s home was even under surveillance Thursday night by Henrico police. Neely said the teenager, her mother and grandmother were overnight guests at the home of the legislator the night before court Friday.

Morrissey to address demands by McAuliffe, Democrats that he resign

Del. Joseph D. Morrissey plans to appear before a church congregation this morning in Richmond, where he will address the demands of fellow De…

Morrissey withholds decision on whether to quit House

Lawyer-legislator convicted of contributing to the delinquency of a minor talks with reporters after church service Sunday, adds that he is intent on filing a civil suit. 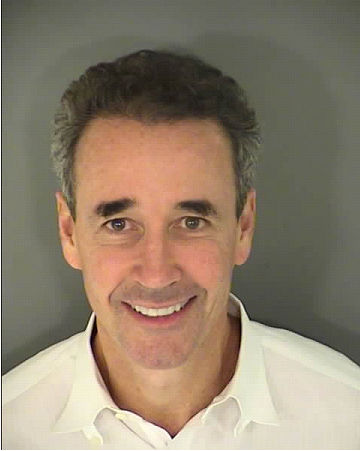