Richmond man gets 5 years for torturing to death Tommie, the pit bull
0 Comments
Share this
1 of 4 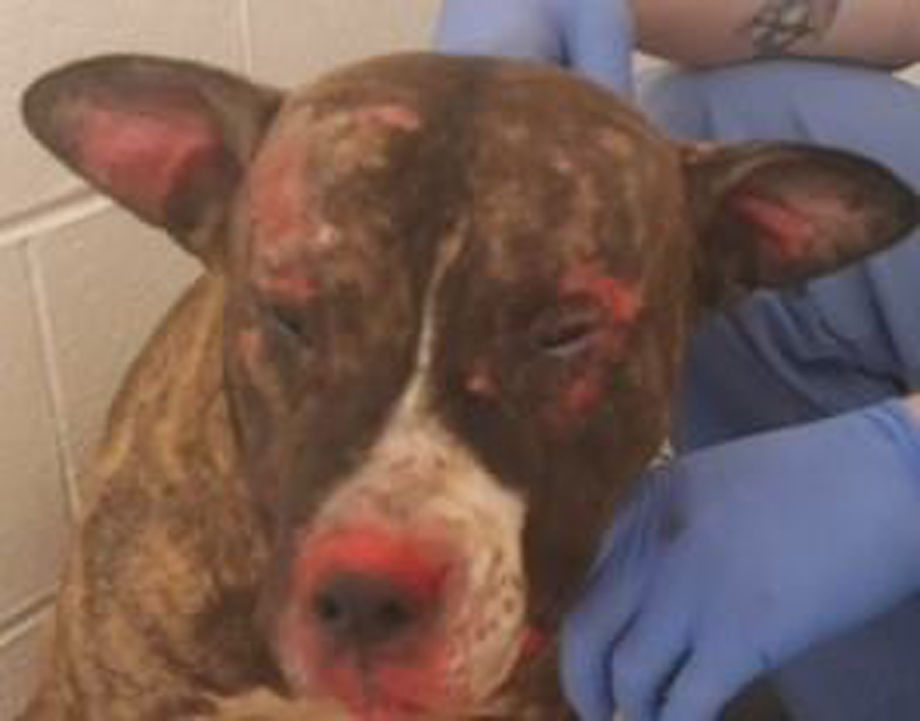 Tommie, a pit bull that in February had been doused with lighter fluid and set on fire, died from his injuries five days later. 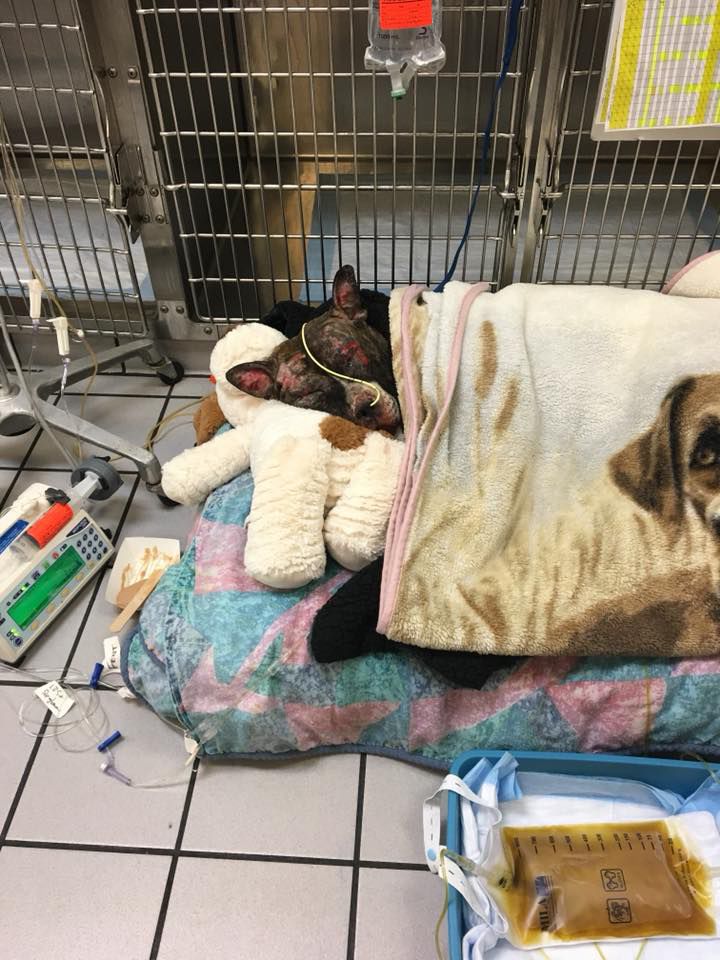 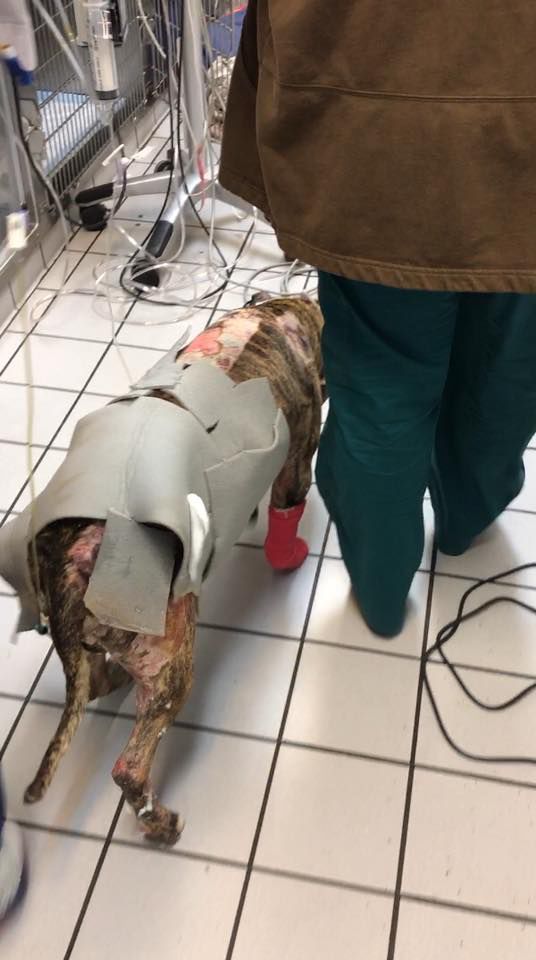 Tommie had burns over 40% of his body. The pit bull died five days after he was found. The case sparked outrage and generosity from the public. 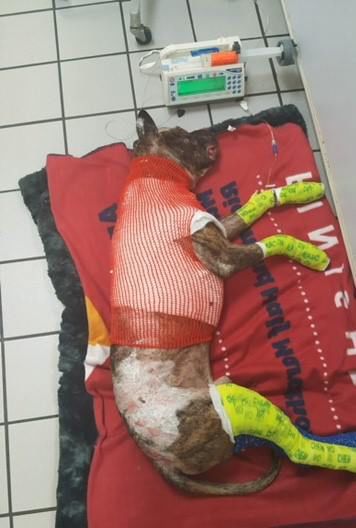 A Richmond man who pleaded guilty Wednesday to torturing to death a pit bull named Tommie was sentenced to five years in prison, the maximum penalty under the state’s animal cruelty law.

Jyahshua A. Hill, 20, was arrested about three months after Tommie was found about 7 p.m. on Feb. 10 by the Richmond Fire Department in Abner Clay Park, less than a mile from where Hill lived.

The male, brindle dog had been tied to a chain-link fence, doused in lighter fluid and set ablaze. He suffered burns to 40% of his body and died five days later.

Richmond Animal Care and Control director Christie Chipps Peters described the case as the worst case of animal cruelty she’s seen in the six years she’s led the city’s shelter. While the severity of the sentence was unexpected, Chipps Peters said she’s thrilled and hopes it sends a strong message to others who might harm animals.

“We’re the voice for the animals,” she said after the hearing. “I think the voice was loud and clear today. I’m hopeful that people might think a little bit differently about things they may want to do in the state of Virginia to animals because we have really robust laws that allow us to prosecute in this manner.

“I’m hopeful that it sends a message that we don’t play around, and that if you hurt an animal, we’ll find you.”

In court, Anderson said Hill’s torture of Tommie was caught on camera from the time Hill left his home in the 1300 block of St. Peter Street in Gilpin Court public housing and walked five blocks to Abner Clay Park.

“He was dragging and jerking the dog by its leash,” Anderson read a summary of the evidence into the court record. “And he was yelling things like, ‘You’ll get yours.’ ”

The video follows Hill to Abner Clay Park, where he poured lighter fluid on the dog and lit it on fire.

“While the defendant fled on foot, the dog ran in circles trying to escape its agony,” Anderson said.

Hill’s fingerprints matched one found on a discarded bottle of lighter fluid that was recovered by investigators. Anderson said posts on his Facebook page showed attempts to sell or get rid of the dog failed.

“This particular case is the epitome of cruelty,” Anderson said after the hearing. “If any case warranted five years, this is it.”

Anderson, whose expertise is in animal cruelty prosecutions, worked along with Kirk Conway, who handles arson cases, for the commonwealth’s attorney’s office.

Hairston also banned Hill from owning an animal for the rest of his life, and three years of supervision after his release from prison. Animal control officers will periodically check at Hill’s address, once he’s released, that ensure that no pets are living there, Anderson said.

The case sparked outrage and generosity from the public. Chipps Peters said the “world was watching and supporting this case.”

T-shirts emblazoned with the viral hashtag #teamtommie were made. A fund created to cover Tommie’s medical costs — when it became clear that those bills would be surpassed, the fund was used to provide emergency care for other animals in need — topped $25,000. More than 6,000 people signed up to attend a public memorial service for Tommie held at the shelter.

Since Tommie’s case exploded, Chipps Peters said animal control’s calls have doubled. More people than ever are reporting suspected abuse. But still, getting a conviction is rare, she said.

RACC is still looking for leads in two other animal cruelty death cases this year: a 3-year-old pit bull found strangled in a dumpster behind John B. Cary Elementary School near Byrd Park; and a third pit bull that was found shot in the head on the track at Martin Luther King Jr. Middle School in the East End.

Anyone with information should contact Crime Stoppers at (804) 780-1000. People can also submit a tip through the P3 Tips app for smartphones.

Tommie, a pit bull that in February had been doused with lighter fluid and set on fire, died from his injuries five days later.

Tommie had burns over 40% of his body. The pit bull died five days after he was found. The case sparked outrage and generosity from the public. 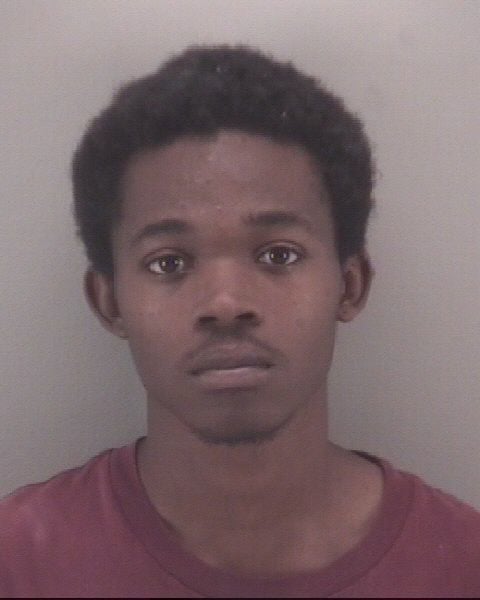