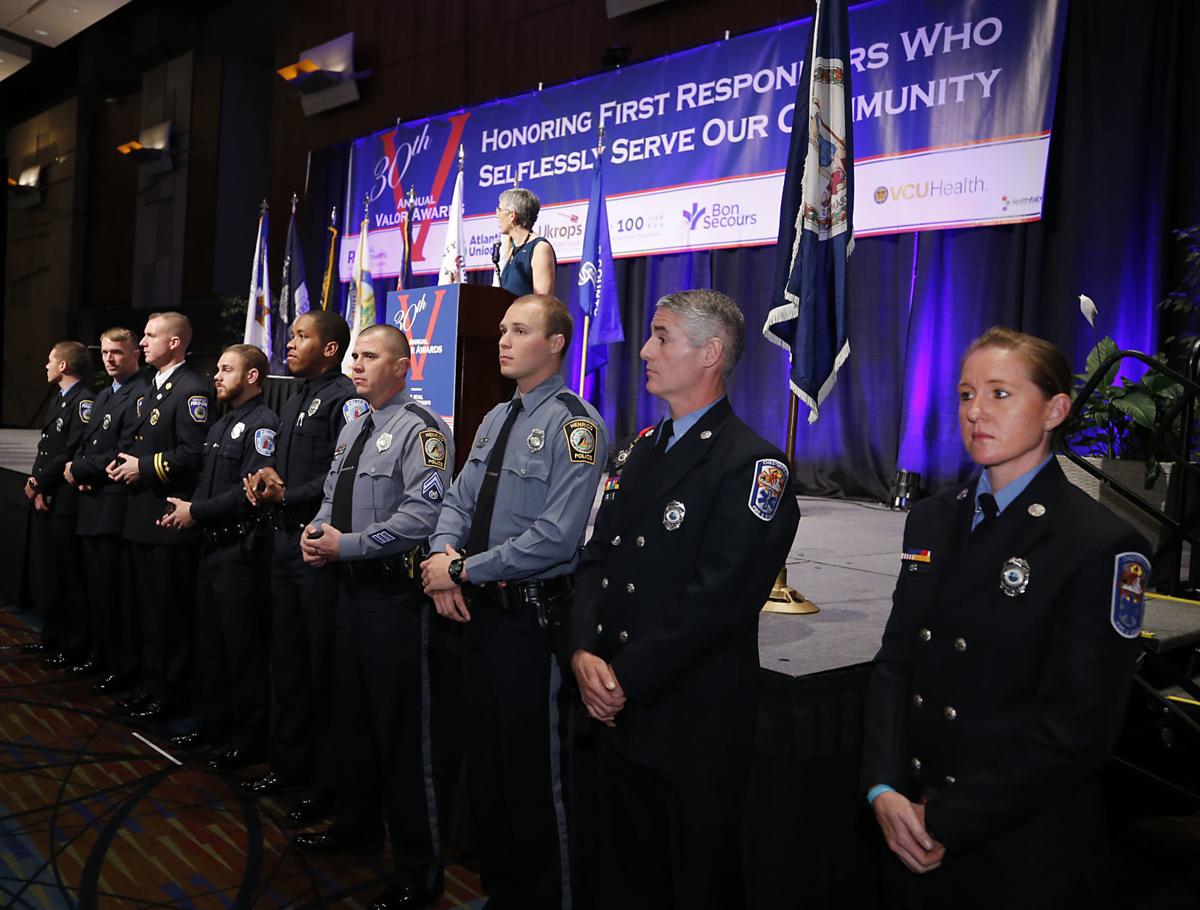 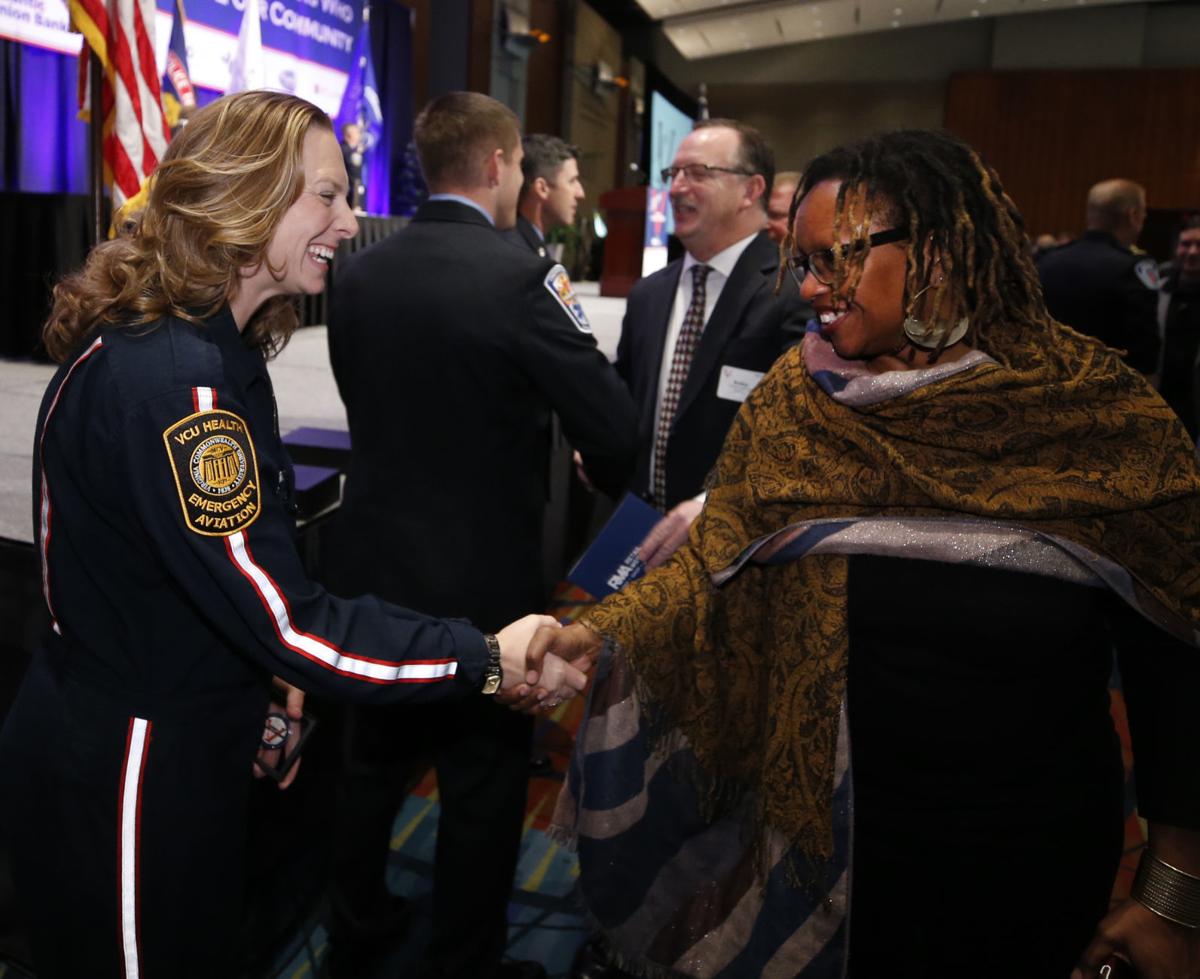 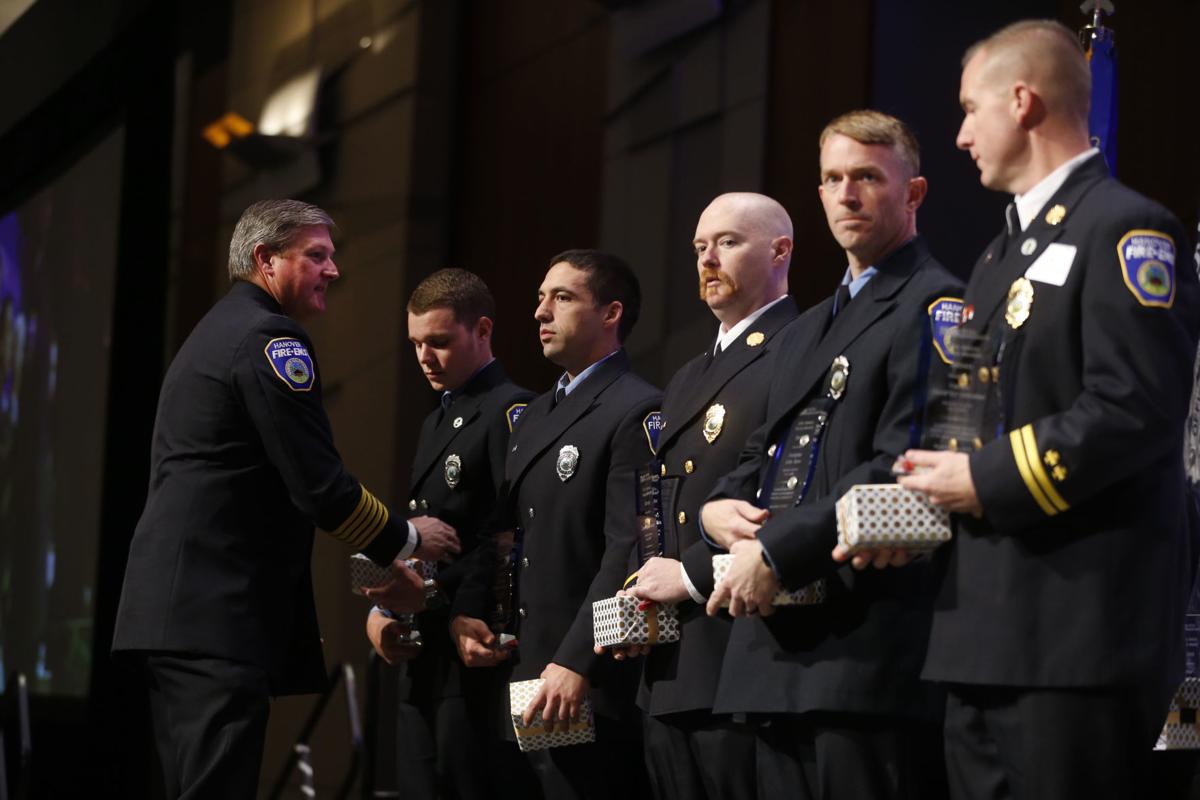 Three women were among the 21 recipients at the 30th annual Valor Awards banquet Wednesday that recognizes courageous acts of first responders in the region.

“It’s great to be acknowledged,” Cooper said after the ceremony, speaking both as a woman and a health care provider — a combination that she said is underrepresented among first responders. She is one of two women in her unit made up of five nurses from VCU Health, four Chesterfield County firefighters and eight pilots from the Virginia State Police.

She received a silver award along with Chesterfield firefighter and flight paramedic Mike Abbott and state police Sgt. Vincent Mancano for a daring, nighttime aerial rescue during Tropical Storm Michael in Nottoway County. Two people were trapped on top of their vehicle after driving into water that had covered the bridge they were crossing.

There was no suitable landing site at the scene, said Lisa Schaffner, the event’s emcee, as she recapped the incidents. Pilot Mancano hovered the helicopter over the scene, while Cooper lowered the rescue basket to the victims on their roof.

“The remoteness of this area, low ambient light, and gusty wind conditions placed the flight crew in a high-risk situation to successfully perform this rescue,” Schaffner said.

Cooper said she’s the first woman in her unit to perform a hoist rescue.

“No women nor really nurses get to do that job,” she said.

But Cooper said she’s no hero, as did many of the other first responders who were recognized Wednesday.

“We’re just doing our jobs,” she said. “We do this as a career because we love it.”

But as she thought harder about what she and her teammates did: “That is an awesome accomplishment — we saved someone’s life.”

Spence, the Richmond police officer, received a bronze award along with officer Jason Jones for saving a man attempting to jump off the Manchester Bridge on Jan. 11.

“It’s exciting,” she said of seeing other women on stage with her. It was the number of women among the ranks and in leadership in Richmond that brought her to the department. “Women have made a huge stride in this career.”

She currently is seven months pregnant with her son and is on desk duty, but she said she misses the action on the street, never knowing what could happen.

“It’s nice that he’s here with me today,” she said, hoping to one day bring him to another ceremony, so he can understand what his mom does when she’s away. “I do it to keep him safe and other people safe.”

“It’s important for them to see that, yeah, Mom is gone a lot, and she misses some things sometimes, but this is why,” Monahan said in a video featuring all the recipients.

Six Hanover County firefighters also received bronze awards for their response on Oct. 11, 2018, to the fatal crash on Interstate 295 during Tropical Storm Michael that claimed the life of one of their own. Lt. Brad Clark, who was killed, and two firefighters who were injured in the crash were recognized last year.

The event is put on by the Retail Merchants organization, and this year marked the 30th year. For the second year running, no one received the highest honor, a gold award.