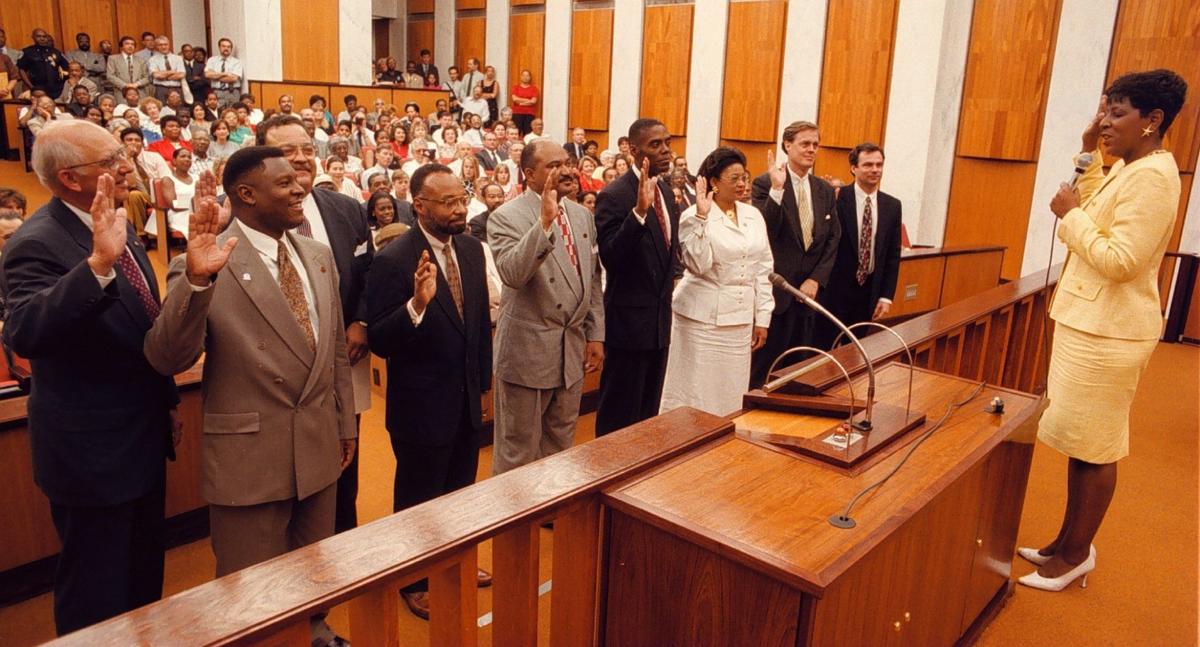 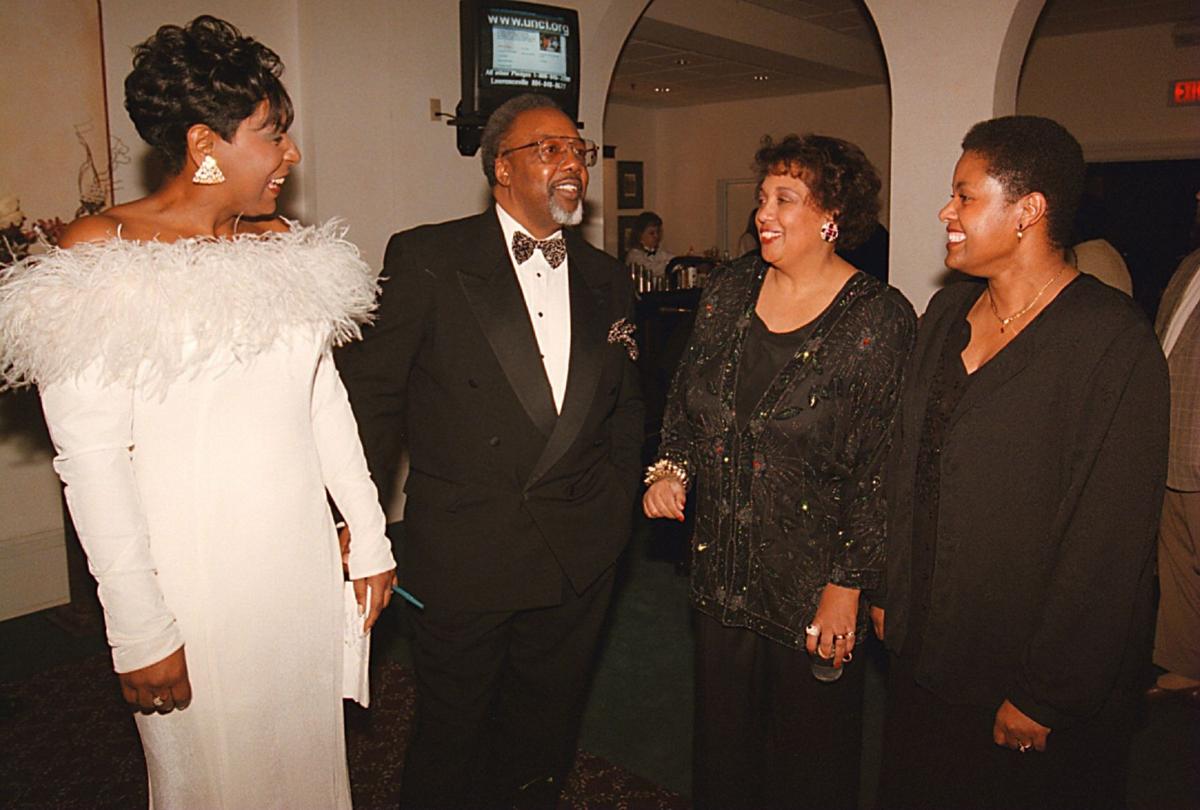 From 1997: Committee heads for The College Fund/UNCF chat as the evening’s gala fundraiser gets under way. From left are Edna Keys-Chavis, Ray Gross, Jean Boone and Janis Allen. 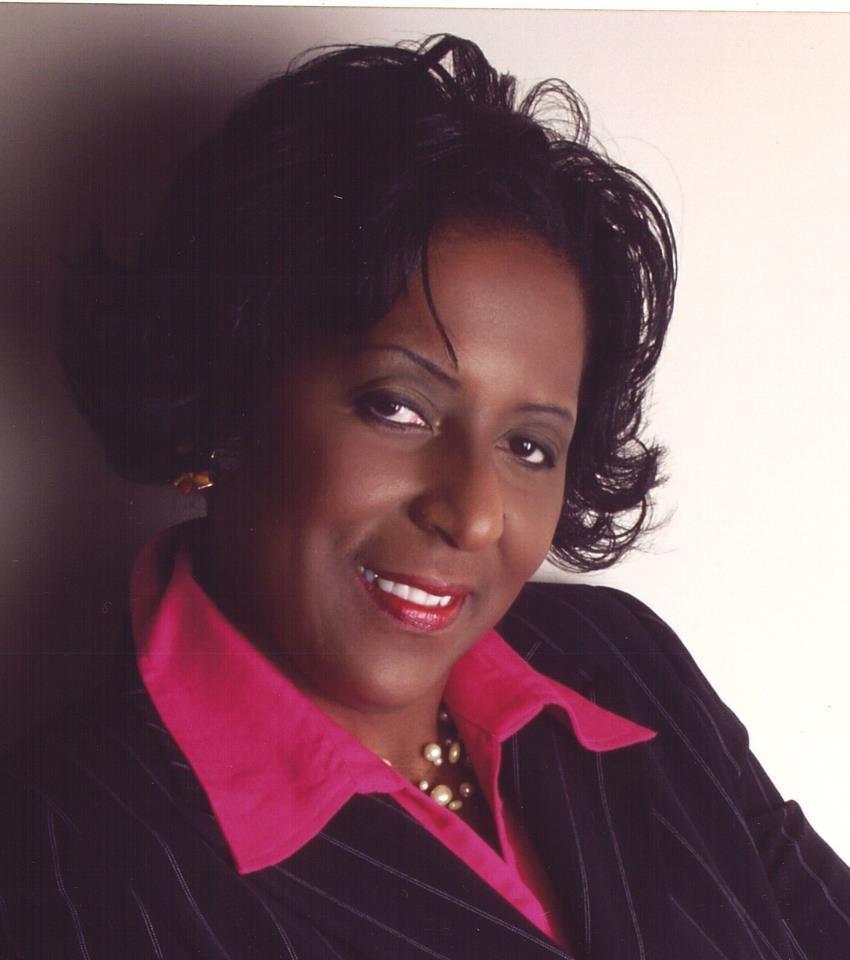 From 1997: Committee heads for The College Fund/UNCF chat as the evening’s gala fundraiser gets under way. From left are Edna Keys-Chavis, Ray Gross, Jean Boone and Janis Allen.

For TV viewers of often-stormy Richmond City Council meetings, Edna Keys-Chavis was a picture of dignified professionalism as city clerk.

“Back in the days even before I was on council, I would watch the televised City Council meetings, and let’s just say that many of them were quite eventful. Not always in a good way,” recalled Bill Pantele, who served on the council from 2001 to 2009.

“But there would always be this lady, expressionless and unflappable, moving the agenda through, steadily and clearly and smartly. And then, after some particularly impassioned arguments about this issue or that, Edna’s voice would fill the room: ‘You have 30 seconds, please begin to summarize.’ ”

“So today, we have audio-recorded time alerts,” Pantele said. “But when I hear them now, it is Edna’s strong voice. No recording can ever be better than Edna in person.”

Ms. Keys-Chavis, the first Black and first female clerk in Richmond’s history, died July 24 after a long battle with cancer. She was 66 and lived in Chester.

She retired in January 2007 after 22 years with the city — including 16 as clerk for eight City Councils, both under the earlier council-manager form of city government and its current strong-mayor iteration.

As a council appointee, Ms. Keys-Chavis managed and disseminated the city’s legislative record and provided administrative and technical support to the council. She was credited with modernizing a decade’s worth of council ordinances and resolutions, which her office made available to the public through the internet.

But it was her easygoing demeanor and customer care that left an impression on council members and the public.

“When all else at council meetings was chaotic — as it ‘occasionally’ was — Edna was right in the eye of the storm: calm and professional and committed,” said U.S. Sen. Tim Kaine, a former council member and Richmond’s mayor from 1998 to 2001.

“Her smile was infectious, her no-nonsense look meant business, and her sense of humor was exquisite. I also watched Edna and her team in the clerk’s office deal with the calls and walk-ins every day with a warm and welcoming style,” Kaine said, calling Ms. Keys-Chavis “a blessing” to all who knew her.

Ms. Keys-Chavis was born in Saluda in Middlesex County. Her daughter, Mickia Hemingway, described her mother’s triumph over adversity in a 2014 Mother’s Day tribute in The Times-Dispatch:

“As a young teen, she lost her own mother as a result of domestic violence, and she rose above many odds — helping to raise her six siblings to become self-sufficient adults and contributing citizens, supporting herself through school to become a university graduate and professional, surviving and leaving her own abusive marriage, and raising me as a single parent — to become an overall exemplary woman.”

In 2005, the YWCA of Richmond honored Ms. Keys-Chavis with an Outstanding Woman Award for excellence in government. In doing so, it cited her representation of the city in state, national and international organizations, but it also noted her sponsorship of a school in South Africa, providing the students with a year’s worth of essentials.

Hemingway described her mother as “the ultimate humanitarian,” unofficially adopting or supporting individuals and entire families and contributing locally and abroad to schools, animal shelters and other causes.

“I admire her because she could have easily become a bitter, vengeful adult with a victim’s mentality. Instead, she chose to defy odds and to love greatly,” she wrote.

Ms. Keys-Chavis wedded Councilman Larry Chavis, her second marriage, in 1995, a year before he was elected Richmond mayor by his council colleagues. Divorced, they remained friends.

Del. Delores McQuinn, a former Richmond councilwoman and vice mayor, nicknamed Ms. Keys-Chavis “Little Oprah” because of her successful real estate investments — but also because of her largess.

“There were times I just said the word and the next thing I know, someone said, ‘Edna Chavis did this or Edna Chavis did that,’” McQuinn recalled. “She was quietly often contributing to positively effect change in someone’s life. The kind of generosity that she had, and charitable giving, made an impact on so many organizations and communities of faith.”

McQuinn will eulogize Ms. Keys-Chavis at a funeral at 10 a.m., Saturday, Aug. 1, at the chapel of March Funeral Home, 2110 E. Laburnum Ave., with live streaming available on March’s website. A walk-through visitation will be held 11 a.m. to 5 p.m. today, July 31, at the funeral home.

“Edna was the most professional, consistent and steady public official I have ever known,” he said Thursday. “She was a rock, and so many elected officials and city staff depended on her and her office.”

But she was also beloved by residents who appreciated her office’s responsiveness, Pantele said. And Ms. Keys-Chavis, who owned property in his 2nd District, “never asked for one favor or privilege. Her character and integrity were unquestioned.

“She was real and impactful. And now in heaven, the trains will run on time — she will assure that.”

Michael Paul Williams, thank you for writing this lovely piece about Edna Keys-Chavis. I only knew her in passing, but she was an exemplary role model for me. I admired everything I knew about her. Truly the epitome of professionalism, class, dignity and always at the top of her game! Sadly, Richmond has lost a true gem...