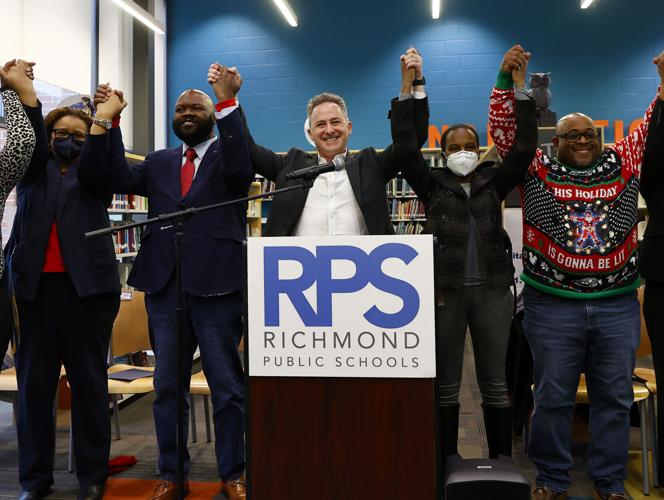 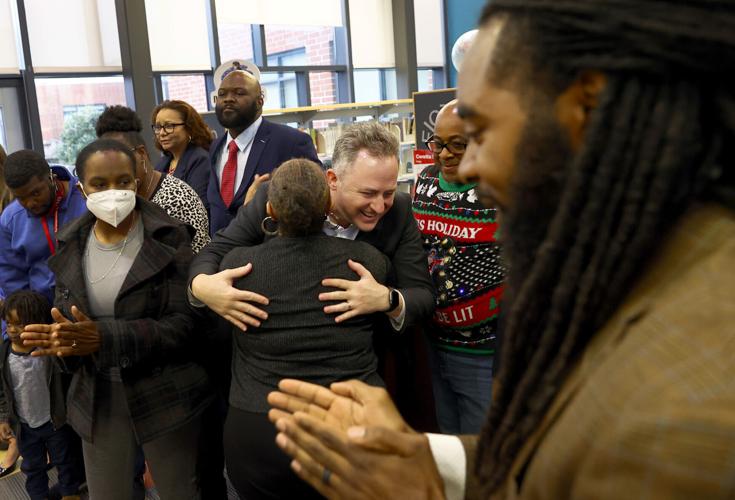 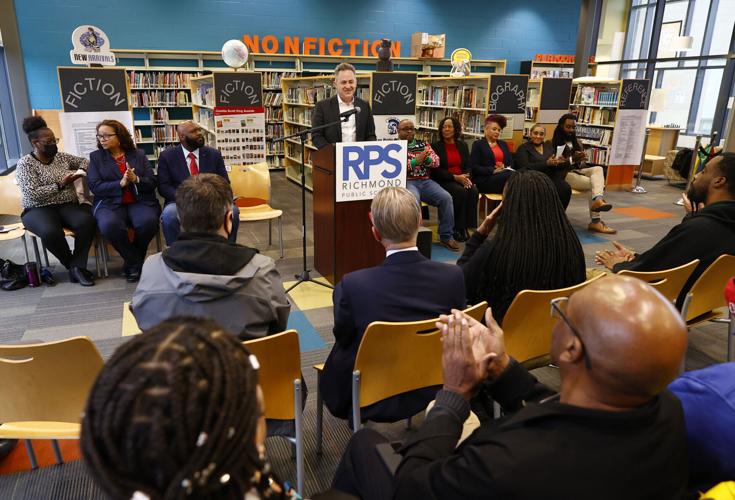 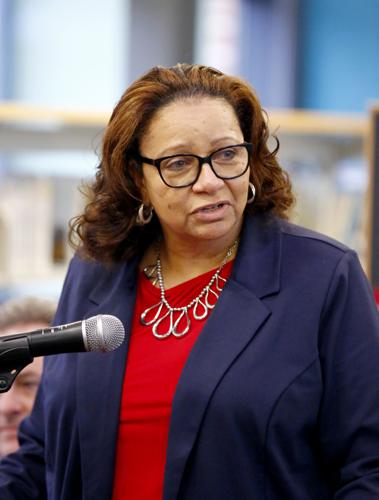 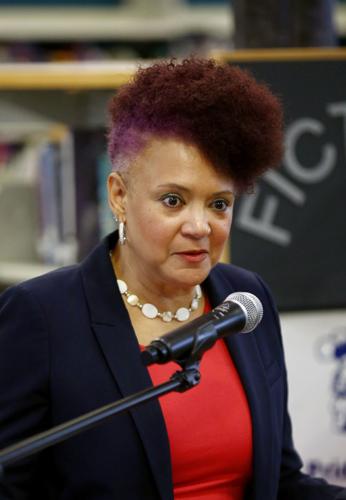 Richmond Public Schools board member Stephanie Rizzi spoke about the ratification of collective bargaining agreements at Martin Luther King, Jr. Middle School in Richmond, Va., on Thursday, December 15, 2022. She was later appointed chairwoman of the Richmond School Board in January.

“This is about showing respect for the work that our educators do every day, treating each of our employees with the dignity that they deserve, and demonstrating truly what it means to teach, to lead and to serve with love,” Superintendent Jason Kamras said at a news conference on Thursday.

Ratification of the contracts was historic for RPS workers, as it was the first time they could negotiate contracts since the Virginia Supreme Court banned local government workers from obtaining collective bargaining rights in 1977.

The instructional assistants’ bargaining unit contract includes a 40% raise over the next three years, which will bring their starting salary to $30,000 in the 2025-26 school year.

“We’d love to do even more going forward, but the fact that it was below [a living wage] is really problematic in a world with rising inflation, a city where costs are going up, so this is a huge step forward in showing respect and dignity to our instructional assistants,” Kamras said.

The school nutrition unit’s tentative contract also brings pay up to living wage, Kamras said, with a 25% raise over three years for food service assistants, which amounts to nearly $19 an hour.

The teachers’ agreement includes a minimum of 12% raises over the three-year contract, stipends for certain leadership positions and at least three unencumbered planning periods per week.

Under the Kamras administration, RPS has increased teacher salaries by nearly 35%. A teacher who made an annual salary of $60,000 in 2018 when Kamras took over as superintendent will make $80,000 at the end of the three-year contract.

Charlotte Hayer, a teacher at Richmond Community High School, said she has been looking forward to this day since she became an RPS teacher 22 years ago.

“This moment in time is a time that we can all look at and say finally ... the education profession in Richmond is getting the respect that is due to [it],” Hayer said.

The teacher unit contract also includes a $55-an-hour pay rate for covering another teacher’s class during a planning period or losing planning time for testing duties.

The School Board would have to approve the contracts in order for them to be enacted. A vote is expected in January.

Hotel Greene, at 508 East Franklin Street, decorated their lobby as a ski lodge for the holidays.

About 42% of school divisions charge their students tuition to take such courses.

School boards are supposed to adopt their policies by Jan. 1, but some will miss the deadline.

A special grand jury said it believed Ziegler lied about a sexual assault in a county school.

Youngkin administration settles with parents over masking for disabled students

State law and Youngkin's executive order remain, but 12 parents who filed the suit can ask for some amount of required masking of their child’s peers.

Richmond Public Schools board member Stephanie Rizzi spoke about the ratification of collective bargaining agreements at Martin Luther King, Jr. Middle School in Richmond, Va., on Thursday, December 15, 2022. She was later appointed chairwoman of the Richmond School Board in January. 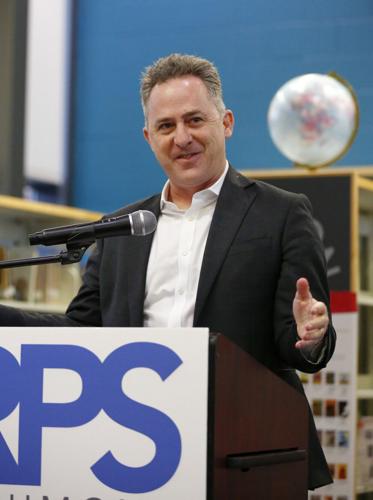