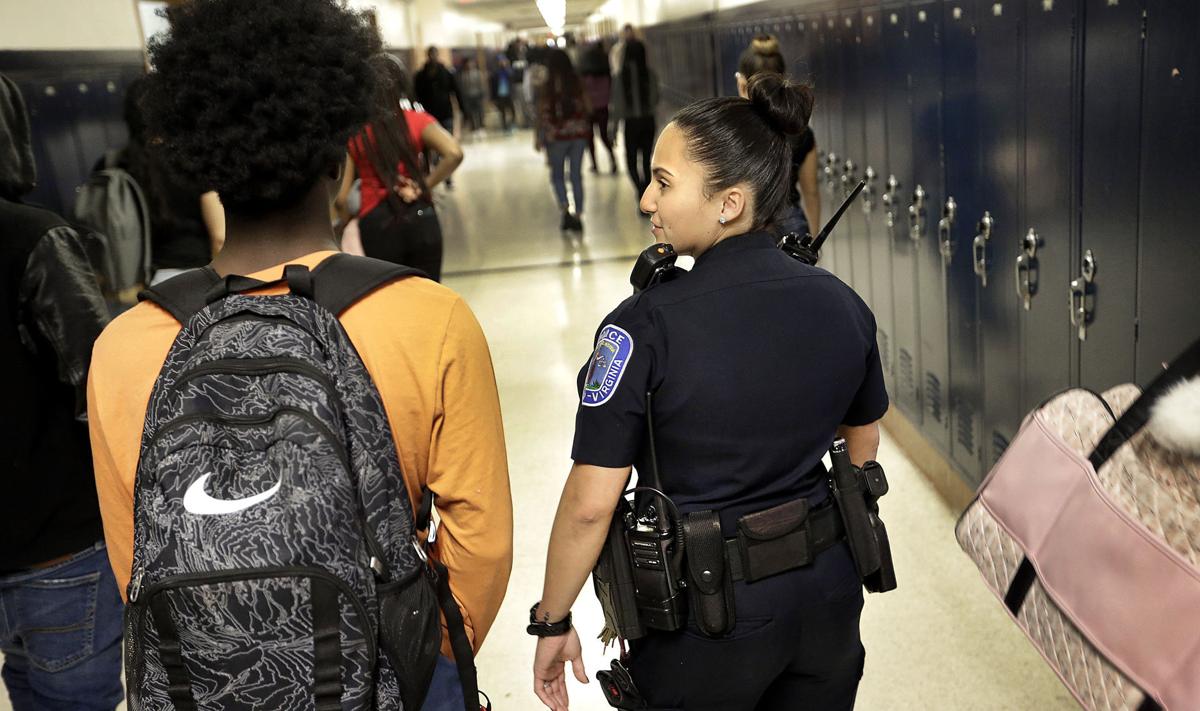 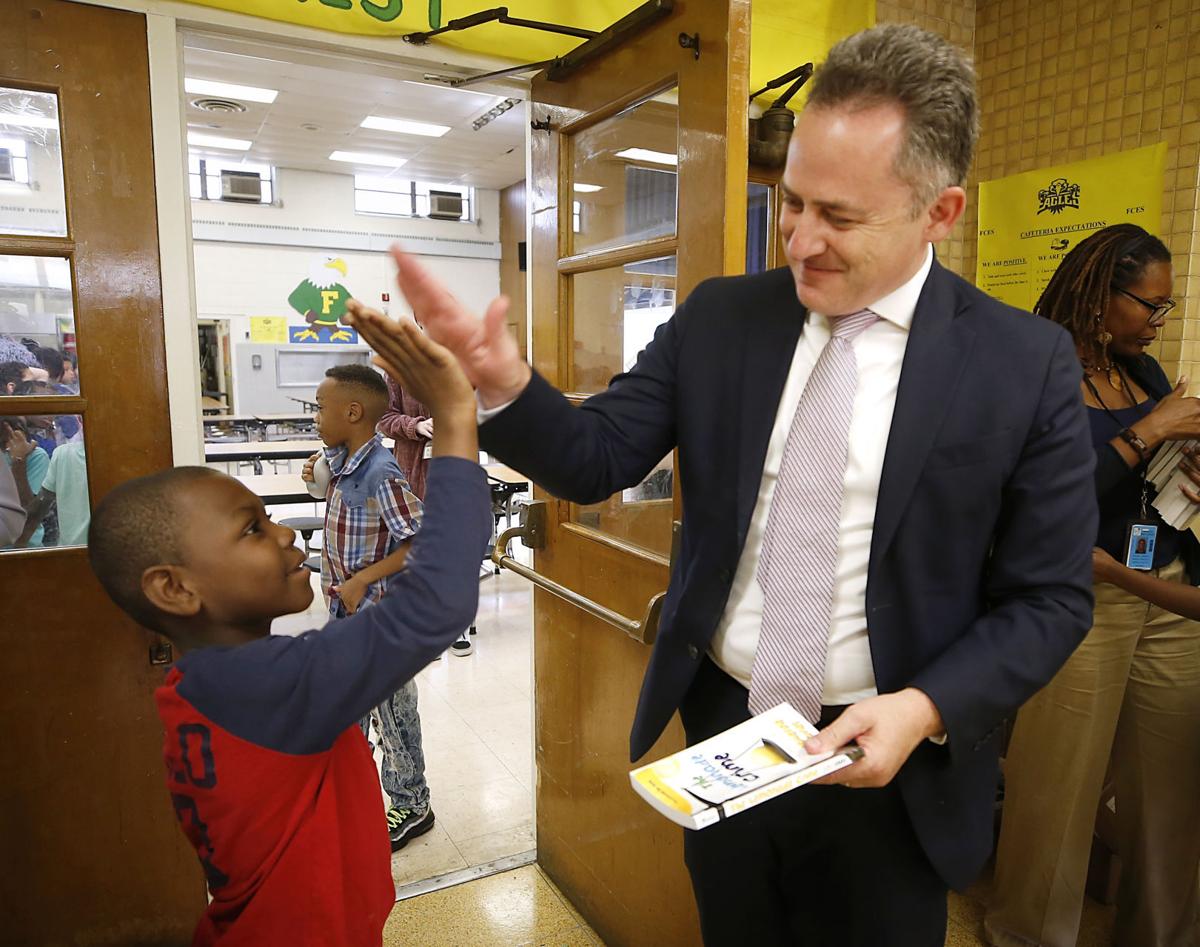 Richmond schools Superintendent Jason Kamras says federal money will be used to mitigate the spread of the coronavirus and to enhance technology. 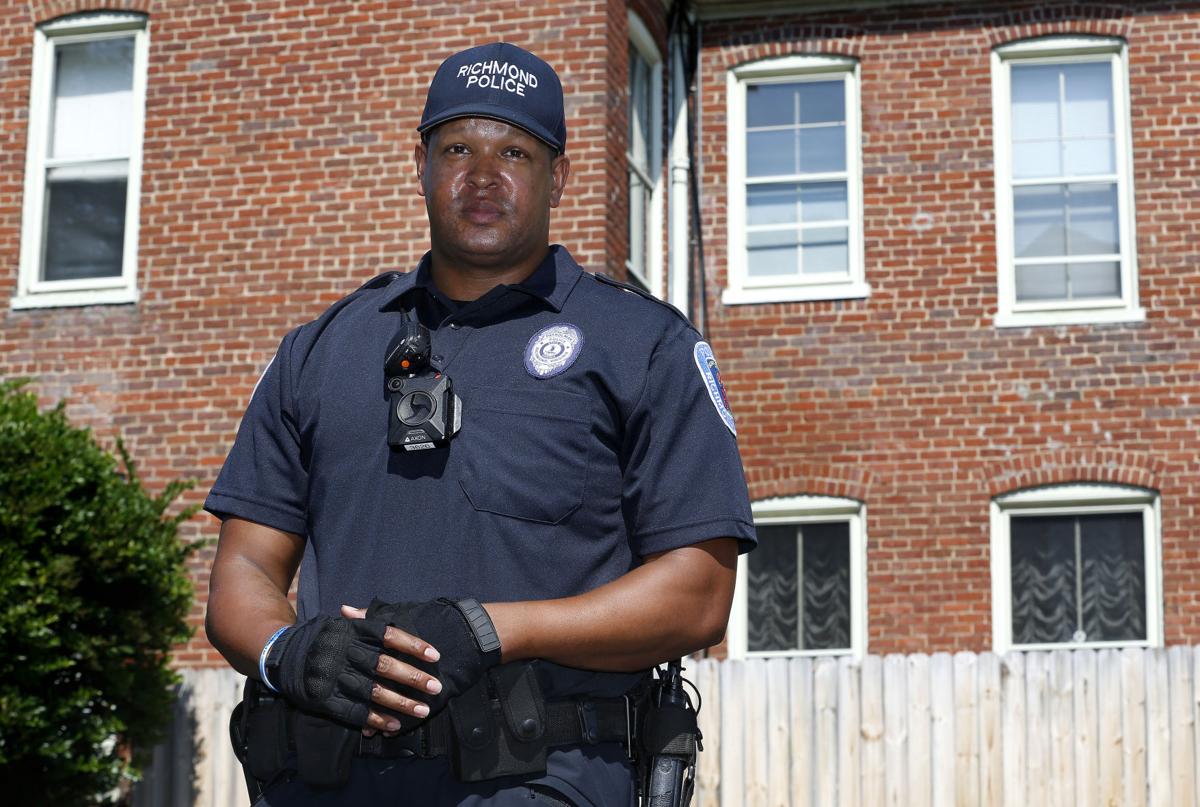 Richmond Public Schools will move forward this summer with a discussion on police in schools after months without an update.

Danielle Pierce, a spokesperson for the division, said SROs — school resource officers — in RPS will be included in a larger discussion this summer on “comprehensive strategy around safe and loving school culture” in the city’s schools.

The topic is not listed on the School Board’s agenda for its meeting on Monday but could come up during June’s second board meeting, scheduled for June 21.

The discussion will come nearly a year after Superintendent Jason Kamras told a group of students last summer that he would recommend the removal of police from schools after a town hall discussion with students on police presence in schools.

The July town hall was part of a 90-day review on the relationship between RPS and the Richmond Police Department spurred by the police murder of George Floyd in Minneapolis in May 2020. The review was also partially motivated by last year’s tear gassing of peaceful protesters at the Robert E. Lee monument on June 1.

Rachael Deane, a lawyer with the Legal Aid Justice Center who has advocated for the end of the relationship between RPS and RPD, said Friday that the discussion is long overdue.

Scott Barlow — the former 2nd District School Board representative who, alongside 3rd District board member Kenya Gibson, kicked off the conversation last year about removing police from RPS — said he’s relieved that the board will finally discuss the matter.

“I’m glad that despite the delay over the last year that the board and the administration will be taking it further,” Barlow said. “I hope that any board members who are resistant to removing SROs are prepared to offer meaningful suggestions about how to reduce the arrests, because that really is the critical issue here.”

Gibson said a change won’t be a quick fix.

“Bringing justice for our students and community isn’t as easy as eliminating police officers from schools,” she said. “We need professionals who can keep students and staff safe that are trained in special education and restorative justice.”

Should the board decide to remove police from schools, RPS would not be the first school division in the state to do so. Last year, Charlottesville’s board voted to dismantle the memorandum of understanding with the local police department. And last month, Alexandria’s City Council voted to end the SRO program. This was following the Minneapolis board’s decision to remove police from schools after Floyd’s murder in that city.

Last summer’s announcement by Kamras was sudden and well before the end of the 90-day review time frame, which began last June. At the time, Kamras said that while he had respect for the individual school resource officers stationed in Richmond schools, he struggled with the institution of policing, especially after hearing students tell him directly that they wanted more mental health support.

Part of the 90-day review also showed that in 2019-20, middle school students made up a large chunk of arrests, the highest number at Martin Luther King Jr. Middle School in the city’s East End.

In 2021, the 11 officers stationed in RPS are paid between $22 and $35 per hour, according to salary records obtained from the city’s police department through a Freedom of Information Act request. In the past, pre-pandemic, the department has paid upward of $800,000 a year to police stationed at various schools, with RPS paying just for their overtime. In 2019-20, according to the records, there were 13 SROs employed in RPS, and RPD paid $815,057.78 to police stationed in schools.

Part of Kamras’ summer 2020 pledge also included asking the City Council to reallocate funds from the police department to RPS for more mental health professionals. It’s unclear how the board or Kamras will go about such since the board just approved the school division’s annual spending plan.

Kamras was not available for an interview on Friday, but said in a statement that he was looking forward to the “important discussion.” It’s also unclear if his recommendation will change from last year.

This story has been updated to correct the date of the board's second meeting of the month. The meeting will be June 21.

After hearing from students on Thursday who want police out of their schools, Richmond Superintendent Jason Kamras said he will ask the School…

Richmond schools Superintendent Jason Kamras' administration will engage in a 90-day review to examine RPS' relationship with RPD. The review will include data gathering and student focus groups, as well as a public hearing.

Two members of the Richmond School Board are driving a discussion about the school system’s relationship with the Richmond Police Department, …

Richmond schools Superintendent Jason Kamras says federal money will be used to mitigate the spread of the coronavirus and to enhance technology.