The decision to leave the names of two controversial historical figures on University of Richmond buildings has led to a wave of negative responses. A student government association voted to suspend its operations in protest. The Faculty Senate called for the board to remove the names. And the Black Student Coalition accused the university of upholding a culture of white supremacy.

Pledging a “fuller historical narrative,” the University of Richmond announced last month that it would not remove the names of Douglas Southall Freeman and Robert Ryland from two campus buildings. Freeman, a former trustee and rector, supported segregation. Ryland, the university’s first president, owned slaves.

President Ronald Crutcher, who is Black, and the board of trustees said last week that the names won’t be changed because doing so would be inconsistent with their educational mission. Crutcher pledged to make sure the history of the university is told in a way that reflects the diversity of the school.

“The board of trustees has shown me and others they don’t value student input unless it affirms their own viewpoint,” said Anthony Polcari, who on Sunday resigned from his position as president of the Richmond College Student Government Association.

UR began studying Freeman and Ryland in 2019 when Crutcher commissioned reports on the two men.

Freeman was a UR trustee and rector from 1925 to 1950 and editor of the Richmond News Leader, which later merged with the Richmond Times-Dispatch. According to UR’s report, written by Suzanne Slye, Freeman promoted segregation and disenfranchisement of Black people. He called interracial marriages a “pollution of blood” and supported efforts for eugenics. Though he opposed lynching and mob violence, he desired a segregated society.

Freeman’s name also stands on a Henrico County high school. Last year, when the school division changed the name of the school’s mascot from Rebels to Mavericks, it said it would not consider altering the building’s name.

He enslaved more than two dozen people, and under his leadership, the university hired enslaved workers.

Last month, Crutcher announced the university would recognize the people enslaved by Ryland. The school will name a terrace for an enslaved person or people. But the name of Ryland Hall, an academic building currently under renovation, would remain unchanged.

Freeman Hall, a dormitory, was renamed to Mitchell-Freeman Hall, adding the name of John Mitchell Jr., a former enslaved person who became editor of the African American newspaper Richmond Planet, a Richmond City Council member and the leader of a boycott of segregated Richmond streetcars.

UR called the approach of leaving old names and adding new ones a “braided narrative,” saying “the story of one group is not the story of everyone, though they intertwine.”

“I firmly believe that removing Ryland’s and Freeman’s names would not compel us to do the hard, necessary and uncomfortable work of grappling with the university’s ties to slavery and segregation,” Crutcher wrote. Changing the names of the buildings would help people forget about America’s racist past.

Universities across Virginia have grappled with the names of their institutions and buildings. Last year, Virginia Commonwealth University’s board voted unanimously to remove 16 building names, plaques and symbols that honored the Confederacy. James Madison University took three university buildings originally named for Confederates and renamed them for prominent Black members of the community.

John Tyler Community College has expressed a desire to change its name. Washington and Lee University is considering removing Robert E. Lee’s name from its title.

Almost two years ago, the University of Richmond’s two student government associations called for the names to be changed on Freeman and Ryland halls. Feeling their voice still hasn’t been heard, the Richmond College Student Government Association voted Sunday to suspend its meetings, resolutions and other events in protest.

With a week left in his term, Polcari resigned from his position. He encouraged students not to give money to the university for the senior class gift. The desire to change the names comes from all corners of the university community, he said.

“This thing stretches from the leadership school to the business school,” he said.

The university’s Faculty Senate weighed in, too, saying the decision to continue honoring Freeman and Ryland contradicts the university’s commitment to diversity, inclusion and equity.

“We did not necessarily anticipate this reaction when the university first announced its approach to this issue last month, but the community has spoken clearly,” said Thad Williamson, president of the Faculty Senate. Freeman and Ryland “represent the antithesis of what our campus community aspires to be.”

The Black Student Coalition at UR proposed renaming Mitchell-Freeman Hall just for Mitchell and Ryland Hall for Maggie Walker. The students have threatened to quit task forces, student organizations and fundraisers later this week if the names aren’t changed. A petition started by the students has attracted nearly 1,000 signatures.

Earlier this month, someone took blue spray paint and blotted out Freeman’s name on the building’s sign.

But the board of trustees, which has the final say, dug in its heels last week. Though some of the actions and beliefs of Freeman and Ryland were “wholly inconsistent” with the university today, the board won’t change the names, it said. Removing building names is “inconsistent with the pursuit of our educational mission, which informs all of our actions,” the board wrote in a statement.

Crutcher defended the board, saying he understands the decision hurt members of the school community. He said he would continue working to build a culture in which all students can find a sense of belonging.

As faculty call for the rector's resignation, UR board of trustees promises fresh start to renaming buildings

The UR board of trustees said it will create a commission to review the names of its campus buildings. Shortly after, the faculty announced it had ratified a vote of no confidence against the school's rector. 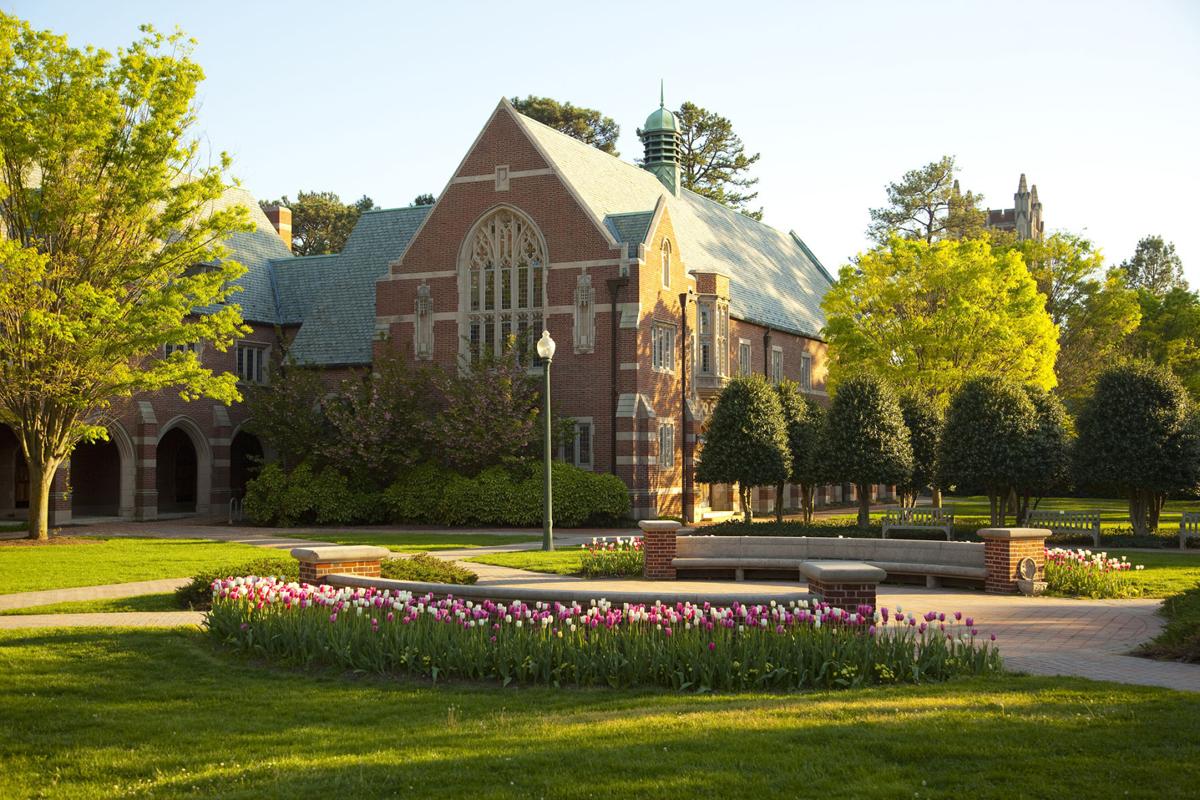 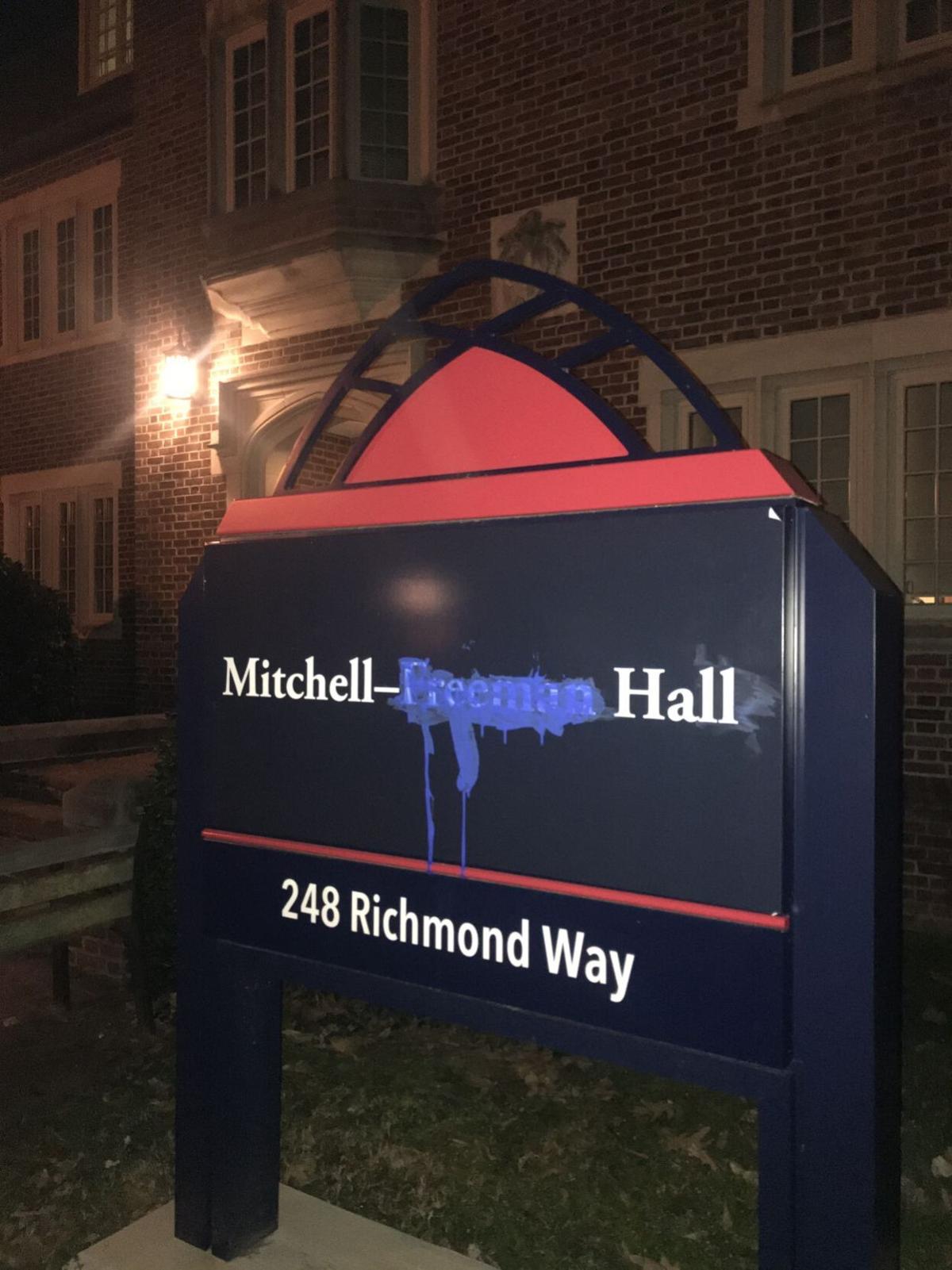