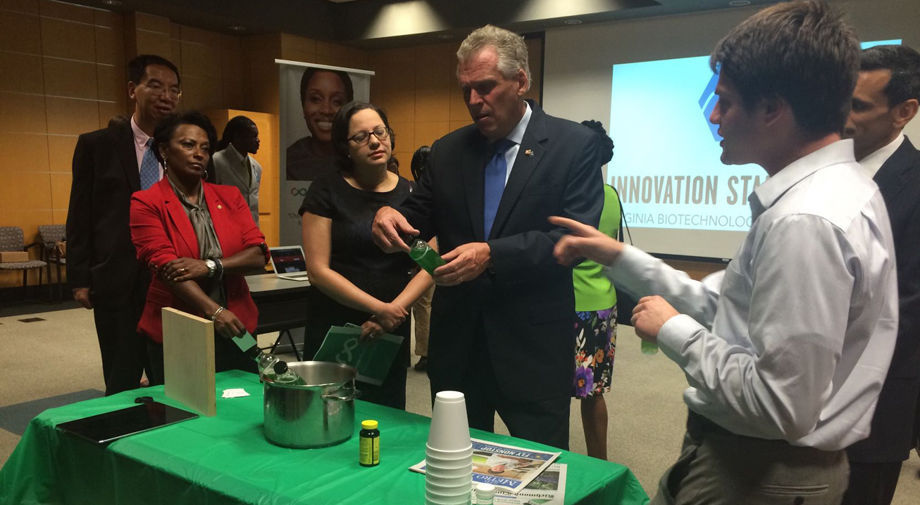 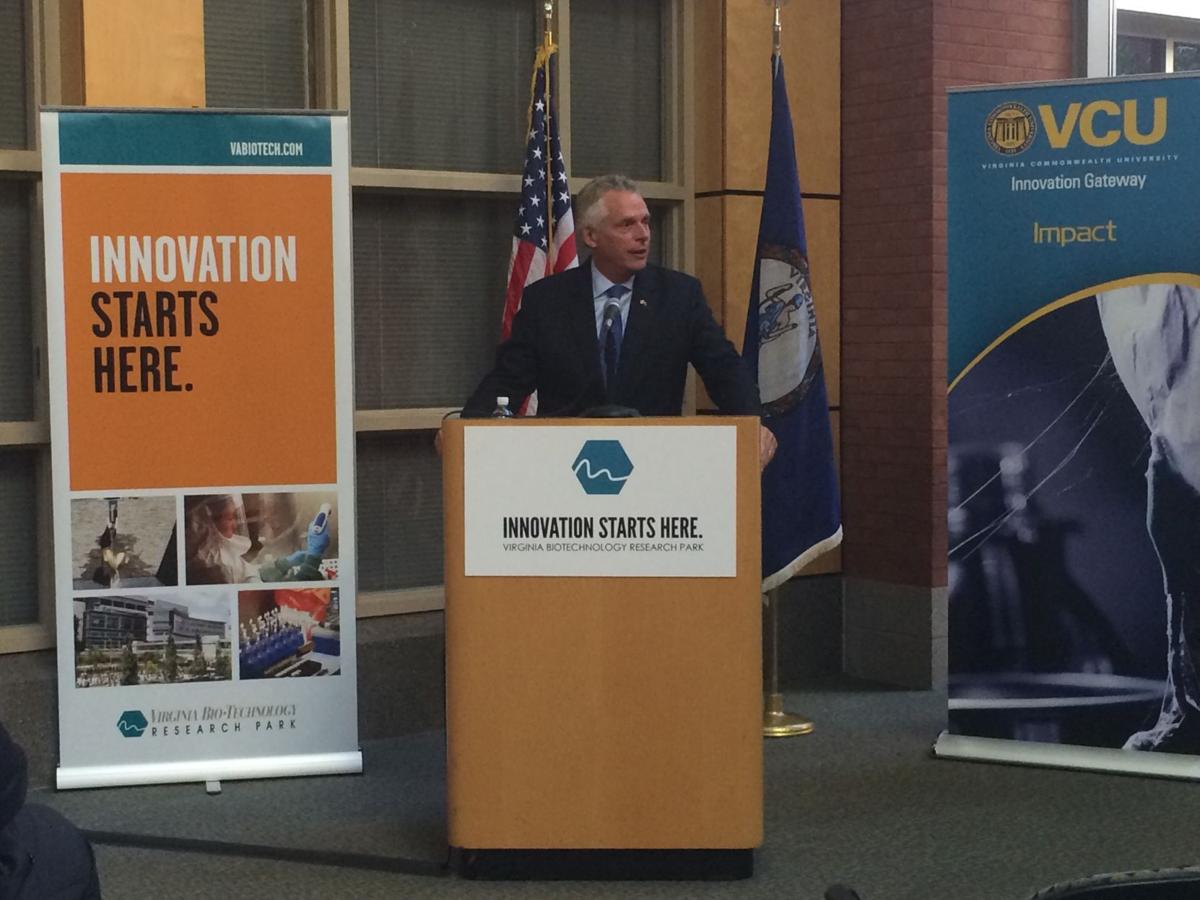 Gov. Terry McAuliffe pressed upon the importance of biotechnology at the Virginia Biotechnology Research Park on Monday morning.

In March 2014, shortly after taking office, Gov. Terry McAuliffe sat on a stage between the governors of California and Massachusetts at a conference in San Diego as their respective states were recognized as tops in the country for biotechnology.

“Guess who was not even on the list in the top 25? Virginia,” McAuliffe recalled during brief remarks at the Virginia Biotechnology Research Park on Monday morning. “There was steam coming out of my ears … and I vowed that would never happen again.”

On the cusp of a new academic year, McAuliffe continued to stress the importance of biotechnology to Virginia’s economy during his visit to the lab, which houses close to 60 life-science companies, nonprofits, state and federal labs as well as Virginia Commonwealth University research institutes, according to its website.

He was joined by Virginia Secretary of Education Dietra Trent and Virginia Commonwealth University President Michael Rao, who is chairman of the biotechnology lab’s authority board and its innovation council.

Rao touted the biotechnology park as a place that facilitates student innovation.

“So many of our young students who are now graduating … want to start a company, they are entrepreneurs, they’re innovators, they have lots of great ideas,” Rao said. “They do become reality with the help of the biotech park. We see ourselves as an innovation system.”

McAuliffe’s remarks were followed by brief presentations from teams that developed products the biotech lab helped facilitate. The products were a smartphone app that helps people find research studies, a probiotic beverage made of blue-green algae and a band of fabric pregnant women can wear to protect from electromagnetic radiation emitted from cellphones and computers.

Umar Hasni, a Ph.D student in electrical engineering who helped develop the fabric band as part of a startup called Tiny Tech, said the group was connected to mentors through the lab who guided them.

“We were able to meet with quite a lot of industry experts,” he said. “If biotech park wasn’t here, we wouldn’t have that interaction.”

Under McAuliffe’s administration, the state has expanded tax credits for research, and in March, the governor signed a $2.1 billion bond bill that includes money for a new STEM (science, technology, engineering and math) building at VCU as well as a host of other renovations and additions to several academic and research buildings at other colleges and universities.

In June, McAuliffe was named the 2016 Governor of the Year by the Biotechnology Innovation Organization, a Washington-based trade organization for the biotech industry. Jim Greenwood, its president and CEO, said in a news release that McAuliffe is an “exemplary leader” in “enhancing Virginia’s growth as a biotech hub.”

“We’re all in on bio. It isn’t just talk,” McAuliffe said on Monday. “We have given you the resources. It is now incumbent on you to deliver.”

Gov. Terry McAuliffe pressed upon the importance of biotechnology at the Virginia Biotechnology Research Park on Monday morning.