The Chesterfield County School Board is meeting Tuesday to vote on the adoption of an $836 million operating budget, a decision critical to ensuring funding is available on July 1 for the upcoming year.

The vote will be divided into two parts: voting on the budget the Board of Supervisors approved on April 6 and adopting the updated revenue plans finally underway after state budget delays.

With counties depending on the legislature to finalize the revenue available for potential programs, the indecision created months of disrupted planning.

These are the major changes between the board’s approved $829 million operating budget for CCPS and the proposed revisions, which come with about a $7 million increase.

The board’s approved budget came with an $8.5 million reduction in expenses while assuring an allocation for teacher raises, with nearly half of that reduction from instruction. But according to School Board documents, the 2023 operating budget from the supervisors is a nearly $68 million increase from last year’s, or a roughly 9% change.

The revised budget taking into account additional revenue is an almost $75 million jump from 2022, or almost 10%.

“At the time of the school board’s approval, the results of a third party salary study and the results of the Virginia General Assembly session were not known, and an unbalanced budget was approved reflecting a deficit of $8.5 million,” wrote Superintendent Merv Daugherty in a memorandum to School Board members.

The 38 amendments submitted by Gov. Glenn Youngkin earlier this month do not “appear to impact CCPS,” according to a presentation uploaded to the School Board agenda.

General Assembly actions, however, reduced state funding for CCPS’ operating budget by slightly less than $1 million, and nearly $6 million was removed from the Capital Improvement Plan.

Major focal points for Chesterfield schools’ infrastructure plan is five new or rebuilt elementary schools, three new or rebuilt middle schools and one new high school. The county is planning a referendum in November for additional funding, which would give voters the power to choose whether Chesterfield raises funds through the selling of bonds.

There will also be about a $1.1 million reduction from teacher raise funding beginning Aug. 1. The county plans to absorb the cost by increasing local support to CCPS.

With the raises effective in August and not July, the teacher raises land at a 4.6% increase instead of the initial 5%. Teachers are expected to continue making 8.6% to 8.8% more this upcoming fiscal year, which would increase starting salary from $46,000 to $49,481.

The state provided $6 million for one-time $1,000 bonuses for “Standards of Quality” positions, which would include bus drivers, teaching contracts at “high needs schools,” food service associates, custodians, instructional assistants and more. This would be in addition to the already-planned bonuses for these positions, a move repeatedly deemed vital by officials to bolster the workforce.

CCPS has struggled to retain teachers during the pandemic, an issue clouding districts nationwide as they push to recover from the past 2 ½years.

In a June 7 meeting, the county’s chief of human resources, Kimberly Hough, reported the number of teacher vacancies has nearly doubled since early February.

Other changes noted in School Board documents are “modest increases” for reading specialists and a reduction for teachers of English Language Learners in comparison to the budget introduced by former Gov. Ralph Northam.

The adoption of the revised budget would include nearly $4.7 million to Appomattox Regional Governor’s School, for which Chesterfield serves as the financial representative.

State funding will help establish the Chesterfield Recovery Academy, with $864,000 allocated for the first year and $500,000 for the second year. The high school would be a pilot program aimed at helping students recover from substance use while continuing their education. It’s set to open in late August.

Debbie Bailey, a School Board member representing the Dale District, said in the June 7 meeting that the hiring and enrollment processes could not start until the state budget is approved.

The Chesterfield School Board meets Tuesday at 9 a.m. The meeting will be broadcast at chesterfieldschoolsva.swagit.com/live.

The decision was hailed as a win by board members following months of uncertainty in the Virginia General Assembly, which held up more than half of Chesterfield schools' $836 million operating fund that relies on state revenue. 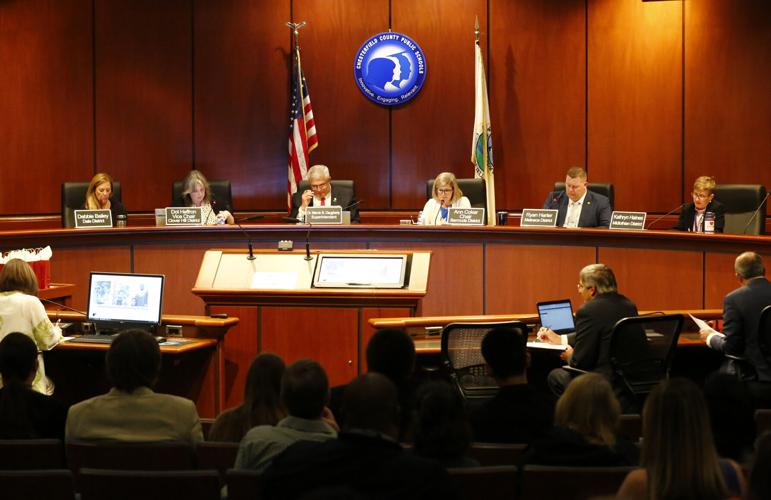 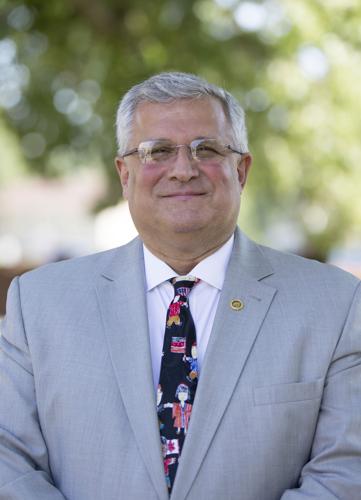